ReZirb
Home Entertainment Sam Claflin Plays Man Dying to Live to the Fullest in “Me...

Last year saw him star as Finnick Odair for the last time in “The Hunger Games: Mockingjay – Part 2.” Now, British heartthrob Sam Claflin stars as Will Traynor, the complicated, wheelchair-bound patient of Emilia Clarke’s Louisa, in New Line Cinema’s deeply moving romance, “Me Before You.”
Claflin shares what attracted him to the project: “The writing itself was so beautifully done, and the subject matter surrounding this very challenging character was handled so well, it really got me thinking. That was a big draw for me.”

At one time, Will’s world was all-encompassing; he lived a “no limits” lifestyle. Now, two years on, we find him utterly confined. Betrayed by his own body due to a spinal cord injury, he resides—even he would not say he lives by any definition of the word—at his parents’ countryside home. Lou, on the other hand, has rarely stepped outside this little town, and even stepping into the grand Traynor estate—the “castle,” as it’s called by the locals—is foreign to her. Yet they meet, whether by chance or by fate. 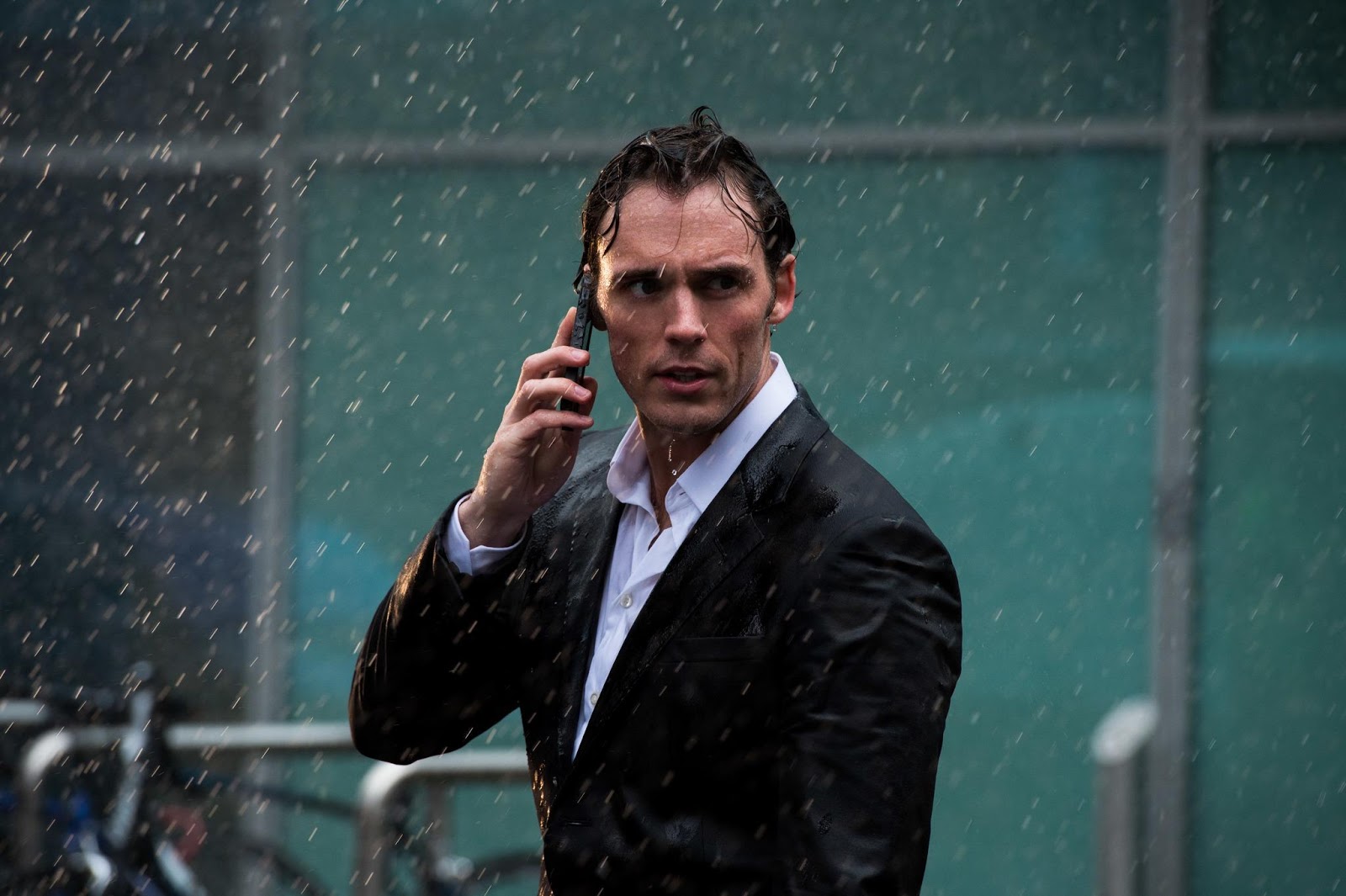 Though Will has all but given up, Lou becomes determined to show him that life is worth living. But the former “master of the universe,” as author and screenwriter Jojo Moyes describes him, will be a tough nut to crack, even for the ever optimistic Lou. The writer explains, “They get off to a rocky start. Will was the kind of guy who liked to throw himself out of airplanes and climb mountains, determined to suck the marrow out of life. But thanks to one really random accident, he now has to be cared for by other people, and he’s decided he just doesn’t want to carry on like this, given what he’s lost.”

Claflin confesses that the physical challenges Will faces were a large part of what made him want to play the character. “I initially had very little understanding of the world Will lives in or the story we’d be telling,” he says. “But this particular character’s journey delves deep into that experience. It opened my eyes.”

To portray Will, the actor would only be permitted movement from the neck up and in one finger and thumb—the result of two years of intense physical therapy. “He’s had the best care, the best medical advice and the best help possible,” he continues. “He doesn’t want help anymore. He’s made up his mind.”

Until, perhaps, he gets to know Lou. 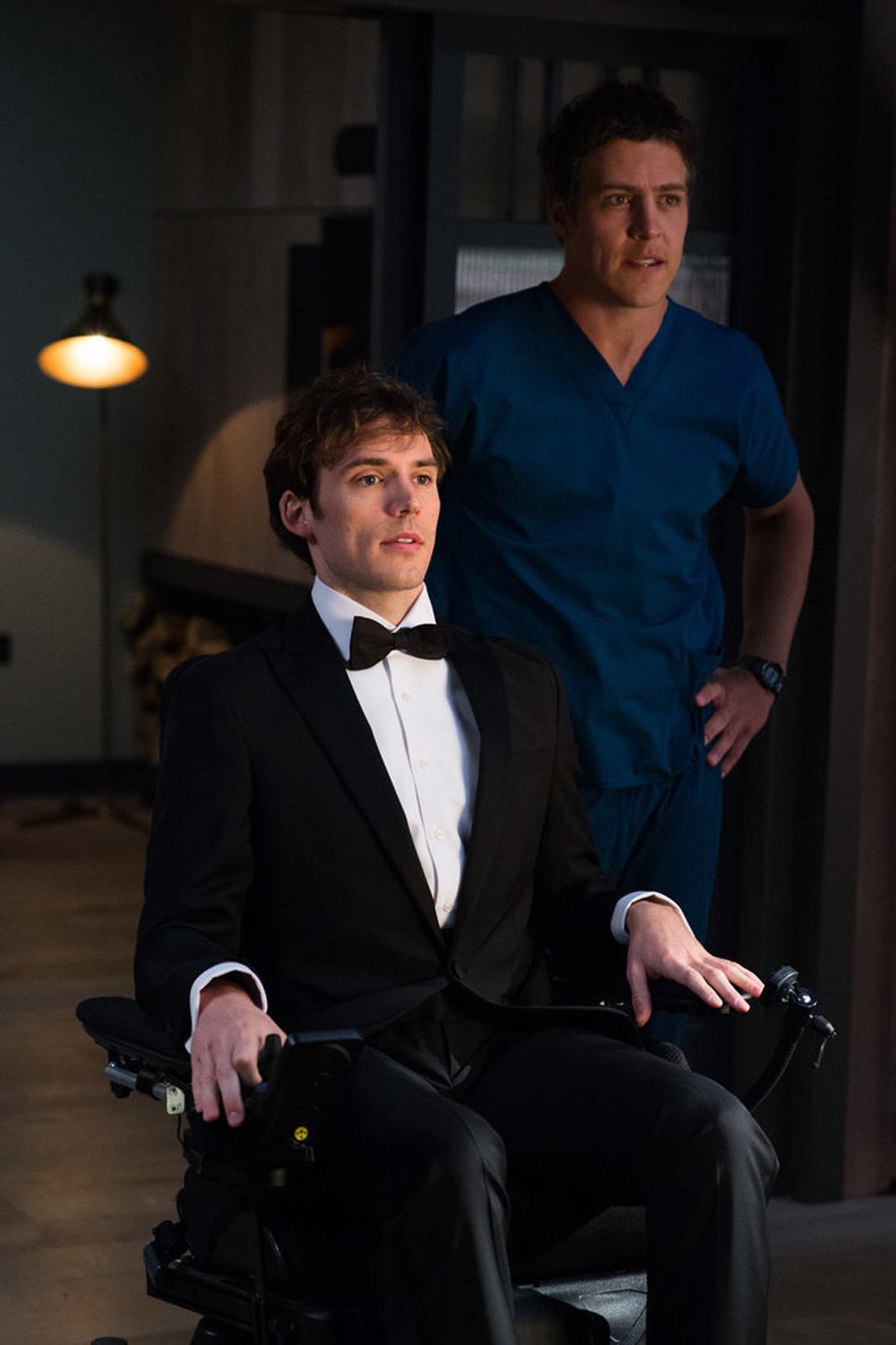 “She’s the first person who speaks her mind to him,” Claflin says. “She’s willing to be his sparring partner, and I think he appreciates her honesty and admires it. She changes him. She sort of opens his eyes and allows him to see the world in a new way, and he, equally, opens her eyes to the world and to what life has to offer outside the little village she lives in. He wants her to spread her wings and fly far.”

Director Thea Sharrock admired Claflin’s ability to play the many facets of the character. “Will can be an ass, he can be unkind—no two ways about it,” she laughs. “I wanted somebody who had innate warmth, charisma and incredible kindness within him in order for Will’s transformation to feel genuine, and Sam accomplished that with ease.”

Part of Claflin’s transformation to Will included losing weight—a total, he says, of “over three stone” (more than 40 lbs)—because the character’s immobility over two years would have naturally induced muscle loss. But though Will is unable to move his body, his mind is as sharp as ever.

“I had to really become in tune with Will’s brainpower because that is still functioning as well as ever; he’s very bright, very clever. Underneath that, he’s also a sensitive soul—though it might not seem that way at first,” Claflin adds.

As with any film romance, one of the most critical elements was the chemistry between the romantic leads. “Once we had whittled our candidates down in the casting process, we brought the finalists in to read together,” the director says. “That was the decider. As soon as Sam and Emilia met, the casting director and I looked at each other and knew we’d found the right pair.”

“Emilia and I have nearly worked together a few times, but it never worked out for some reason, scheduling, whatever,” Claflin says. “This seemed to be the perfect timing and the perfect project, and she’s quite literally the perfect co-star.”

“Sam is an absolute dreamboat,” Clarke concludes. “It was brilliant playing opposite him. He’s the easiest person to work with, he gives so much, and it was just wonderful.”

Set for release across the Philippines on June 15, “Me Before You” is distributed by Warner Bros. Pictures, a Warner Bros. Entertainment company.

The film’s Original Motion Picture Soundtrack is now available to download/stream via digital stores. Get the CD for only Php 459.00 at Astroplus/Astrovision stores starting June 10.