The home invasion sub-genre has been manifesting itself as a horror fan’s wet dream over the last decade with features like Inside (2007), Strangers (2008) and You’re Next (2013).

Adam Schindler’s feature debut, Intruders (originally titled Shut In), is set to join that list and may be the final straw in compelling us to spend our life savings on a state-of-the-art home security system. 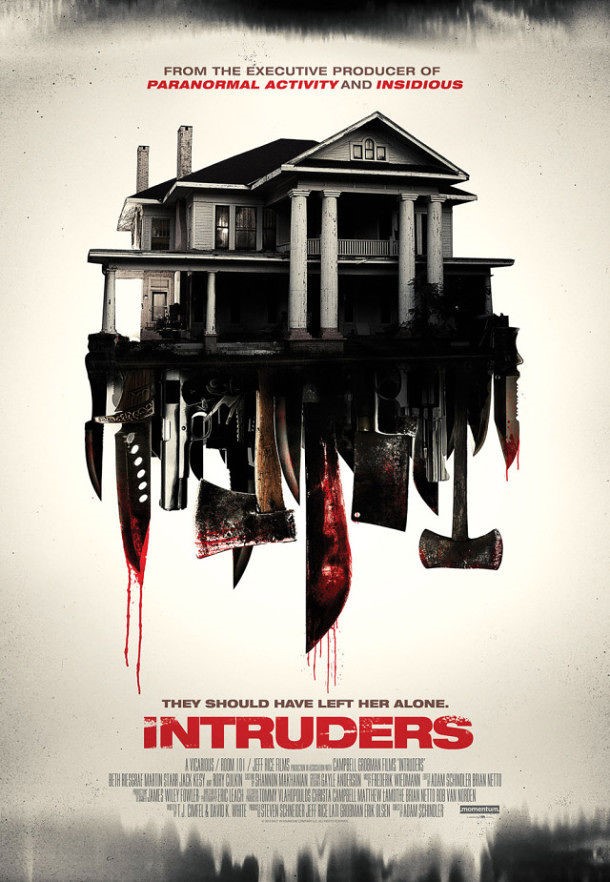 Intruders is about a woman named Anna who suffers from agoraphobia (the extreme or irrational fear of open or public places) so crippling that when a trio of criminals break into her house, she cannot bring herself to flee. But what the intruders don’t realize is that agoraphobia is not her only issue.
Adding the agoraphobia element to the plot makes confinement to the house a little more plausible and a hell of a lot scarier in a genre of movies that has us yelling at the screen for everyone to jump out a window.

“INTRUDERS” is released and distributed by CAPTIVE CINEMA.
Will be in theaters January 27, 2016.

Go Behind the Scenes of “Star Wars: The Last Jedi”