Ilya Naishuller is a Russian-born filmmaker and front man for the Moscow punk band Biting Elbows. His band’s groundbreaking, irreverent video “Bad Motherfucker” became a viral sensation, catching the attention of fans around the world, attracting over 120 million views. Producer/director Timur Bekmabetov was one of those fans and he encouraged Naishuller to expand his vision into a feature length film and the result was “Hardcore Henry,” an action-packed, immersive experience told completely from the point-of-view of a cyborg named Henry who’s been brought back from the dead by his wife Estelle (Haley Bennett) and soon finds himself surrounded with an army of mercenaries out to kill him and his wife.

Backed and produced by renowned Russian filmmaker Timur Bekmambetov, known for his groundbreaking films “Night Watch” and “Day Watch” along with hit Hollywood movies such as “Wanted” that starred Angelina Jolie and James McAvoy and the recent phenomenal “Unfriended” horror for the millennial generation, “Hardcore Henry” is Bekmambetov’s latest foray in pushing the envelope in filmmaking with the use of GoPro cameras for that immersive experience of a first-person’s POV. 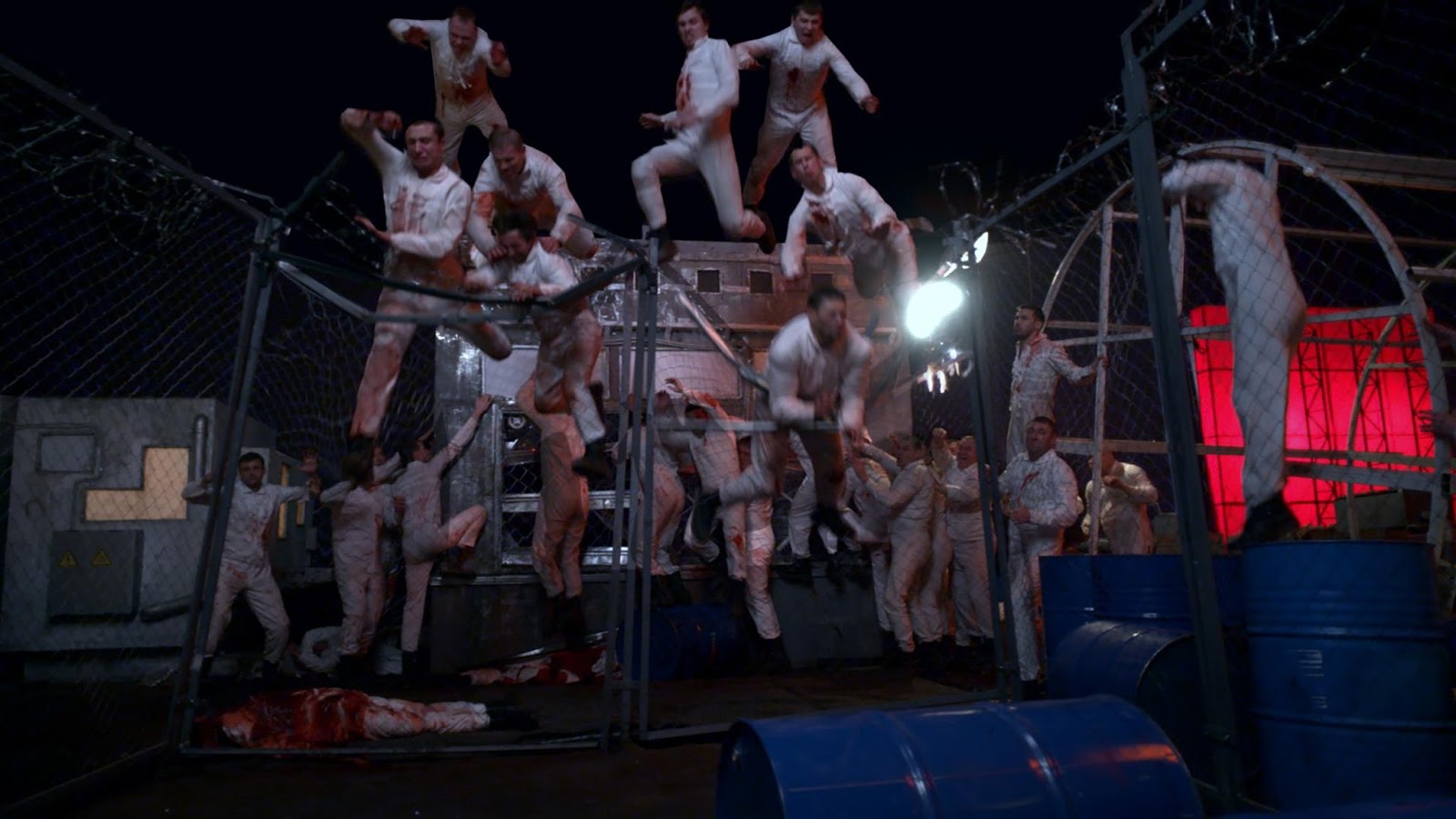 Shot almost entirely on GoPro cameras with custom engineered rigs, “Hardcore Henry” completely abandons, even eviscerates, traditional filmmaking and replaces it with a raw and immediate experience, allowing the audience to become one with the protagonist, so viewers go on a very personal and breathtaking journey with Henry.

“Action cinema has always thrived when it captured the sensation of participating in dangerous situations that most people would much rather avoid in real life. The goal with ‘Hardcore Henry’ was to push it a step further, to put the audience right into the body of the protagonist, to have them experience the primal, exhilarating feeling that we usually view from a much safer distance,” says Naishuller.

“I couldn’t stop watching ‘Bad Motherf*cker.’ I admired Ilya’s daring, creative spirit,” says Bekmambetov. “There are three major factors that draw me to a project – originality and boldness and an interesting concept. That video was truly unique and unusual. Something that looks like pure insanity turns out to be a well thought out and rational project. Ilya’s process in achieving this effect is one of his most valuable assets,” Bekmambetov says. 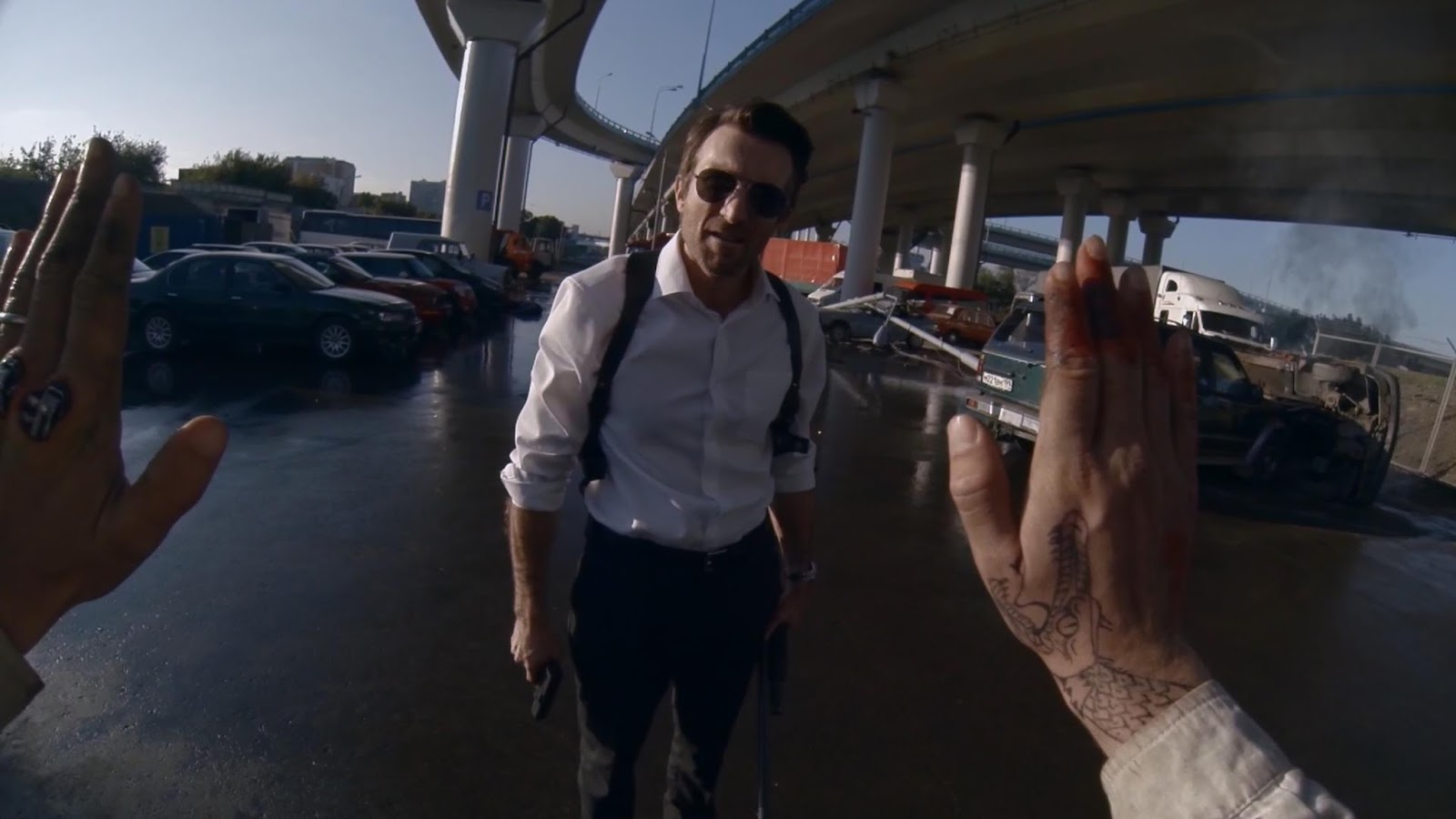 “The second night after ‘Bad Motherf*cker’ had become such a hit, I got a message on FB from Timur. He’s a huge deal to us in Russia; he’s a cinematic hero. We met over Skype, he said congratulations and asked if I might be interested in expanding it into a feature film? To be honest, I was hesitant at first because I wasn’t sure it could be done well enough to transcend the gimmick. But Timur asked, ‘Would you not want to see a great POV action film in a cinema?’ I said yes, and he simply answered ‘Well, go make it then,’ Naishuller recounts. “The more I thought about it, the more interesting and challenging it seemed. My biggest concern was never the action, but if I could tell a story within this creative cage. I realized that if I could correctly accomplish both, it would make for a mind-blowing cinematic experience. So I flew to Los Angeles to meet Timur, who was amazing, really supportive and a big believer in the project. We talked about the challenges of making this as a full-length feature, hashed out some ideas, and shook hands on it. It was the easiest, most amazing experience. Not only did I just get a chance to work with one of the most respected Russian directors and producers, but that producer promised to allow me to make the film I was envisioning. I went back to Moscow, secured additional financing for the film, and began working on the script. Throughout the process, Timur kept his word, and I got the best of both worlds; a rare producer who was there anytime I needed his help or advice, and who never once pushed me to do anything I felt was wrong for the film. It really was an incredible experience. It also helps immensely that since Timur is an accomplished director as well as a producer, he truly understands the pressure that a director is under.”

“The best way to help promising filmmakers is to give them creative freedom, as well as full responsibility. It gave Ilya a chance to make his own mistakes and then to find ways of making things right in the end,” Bekmambetov explains.

“Hardcore Henry” opens May 4 in cinemas from Pioneer Films.