‘Intruders’ is a suspenseful, tightly contained horror-thriller with a strong female lead; the story of a disturbed woman backed into a corner, who is forced to exorcise her personal demons in a fight for survival, and in the process escapes the house that’s become her prison. Beth Riesgraf (TNT’s Leverage) stars as Anna Rook, a young woman isolated from human contact in nearly every way. She suffers from a crippling case of agoraphobia and spends her days holed up in an old Victorian on the outskirts of town. 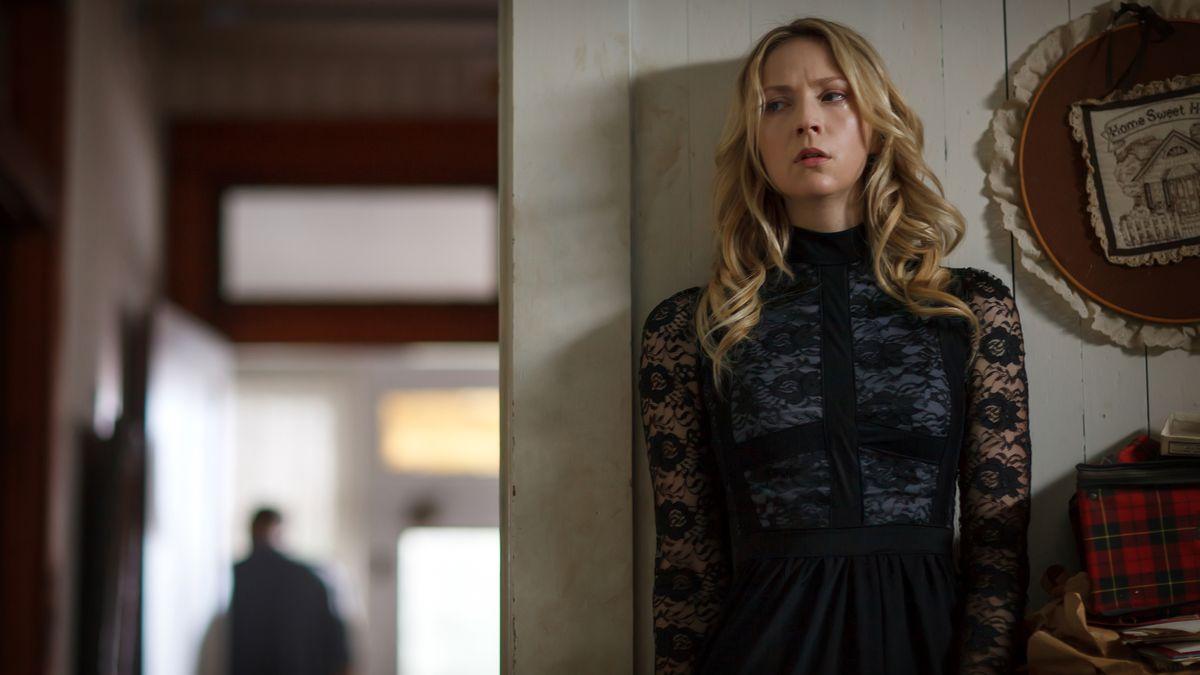 Other notable TV credits include her recurring role as ‘Dr. Maeve Donovan’ on CRIMINAL MINDS. She has guest-starred on numerous shows such as THE MENTALIST, MY NAME IS EARL, WITHOUT A TRACE, NCIS, and HOW I MET YOUR MOTHER. On the big screen, Riesgraf co-produced and starred opposite Giovanni Ribisi in the silent independent film THE WHITE DOOR, the feature film ALVIN AND THE CHIPMUNKS and the independent films NOBODY and LET’S BE CIVIL KENNETH. She can also be seen in the web series CAPER opposite Harry Shum Jr., Abby Miller and Hartley Sawyer on the Geek & Sundry channel.

Can you start off by discussing how you initially got involved with Intruders?
My team brought it to me and so I looked into Adam and Brian [Netto’s] work. I watched Delivery and I thought, “All right. This story is great, these guys know how to move the camera and this could be really cool.” So I went in, I auditioned, and apparently—I didn’t know this at the time—I was the first person that they had thought of for the position of Anna.

It was crazy; I didn’t even realize that until later. I gave it my all and then I didn’t really hear anything, so I just thought it wasn’t going to happen. You’re like, “Ah, I guess it’s not going to work out, bummer,” but then I heard two weeks later, “Guess what? They might still be interested in you for that role.” It was like a month later when I finally got the call to say they wanted to make the offer.

I was so excited. We’re all from Minnesota, so we had that in common right off the bat. They were such a fun group of people to work with. We didn’t have a ton of prep time either and originally, Anna was supposed to have dark hair and half of it gets cut off, but I had another show I had to go back to, so I had to stay blonde and all that hair stuff had to go. We were able to do that in a day and figure out the look of the character at the same time, and once we had all that, we were just off and running from that point on.

What I think is really interesting about Anna is that she really evolves as a character throughout this movie and those changes end up challenging how you feel about her as a viewer. Did that stand out to you at all, too?

Yes. Exactly. I wanted to make sure, and Adam agreed with me whole heartedly, but neither of us wanted Anna to be a victim. I don’t want to put any spoilers out there, but there was an idea that she’s so sheltered and she’s so vulnerable, and all of this stuff is going on with her, but the reality is that her home is her fortress. That’s where she feels safe and strong. Even though there’s a lot going on with her emotionally and mentally, when the guys come in and when they intrude, they see her as this weak little bird. What they don’t realize is that’s where she’s strongest and it’s the outside world that terrifies her.

As the movie progresses, it was very important for us to keep that honest and keep it within the realm of how she thinks. She’s a survivor, she’s not a victim. In many ways she’s not. When she loses her best friend and her lifeline it’s just devastation on so many levels, so she’s very vulnerable when the guys first come in and they sort of misread that as weakness.

But the idea about learning about this world and diving in—the more I researched and the more I got into it, I thought, “Oh, this is going to be so fun.” It was such a challenge and it was kind of scary at the same time. Performance-wise, staying in that headspace for that amount of time, it was a real challenge, which I loved of course.

So what was the process for you like, in terms of trying to get into Anna’s headspace and relating to a character like that? Because ten years being in the same house, that obviously takes a toll on your mental state.

Yeah, exactly. I talked to some professionals and I really tried to research as many things as I could find out about agoraphobics. We didn’t have a ton of prep time, so I had to cover a lot of ground very quickly, and then try to implement that into what the script told me and what was already there on the page. Then we all brought our stories into it and the chemistry started to bubble between us.
Speaking with the professionals really helped me grasp the concept that this was Anna’s reality. That house was all that she knows. Sometimes you cannot be objective in those situations, so I tried really hard not to judge any of Anna’s decisions along the way. The minute you start doing that, you shoot yourself in the foot.

How much did the production design help you out? I heard some pretty crazy stories about production from the guys last summer.

Oh my gosh, it was crazy. First of all, we had to contend with all of the elements. It was muggy, it was humid, and it was so hot. They found this house on a scout and they had to clean it up to get it to be in the dilapidated condition that you see in the film, which is sort of amazing when you think about it. Certain rooms had trees growing through the walls and there were stacks of things everywhere. The house had been left alone for a year.

Originally I had thought, “I’m just going to stay in there as much as I can and never leave it while we’re shooting to make this my world.” But then we got there and I’m like, “You know, my throat’s kind of burning and it’s hard to breathe [laughs].” Filming was also interesting because the cicadas had come out and the hum was so loud that we could hear it everywhere. In fact, it was so loud it was getting in the way of dialogue while we were shooting; it was kind of surreal [laughs].

What would you say has been your biggest takeaway from the whole experience of working on Intruders?

For this movie, we took away from it that we can do something different. This isn’t your traditional take on a horror film. This is something different. This team trusted me to bring what I brought to it, and they didn’t push me to make it over the top or make it about how loud I could scream. It wasn’t about any of that; it was about real story and their own take on doing something. You don’t have to try to fit it into some kind of box and that’s important when dealing with art. You never want to feel like you have to do something by the numbers. 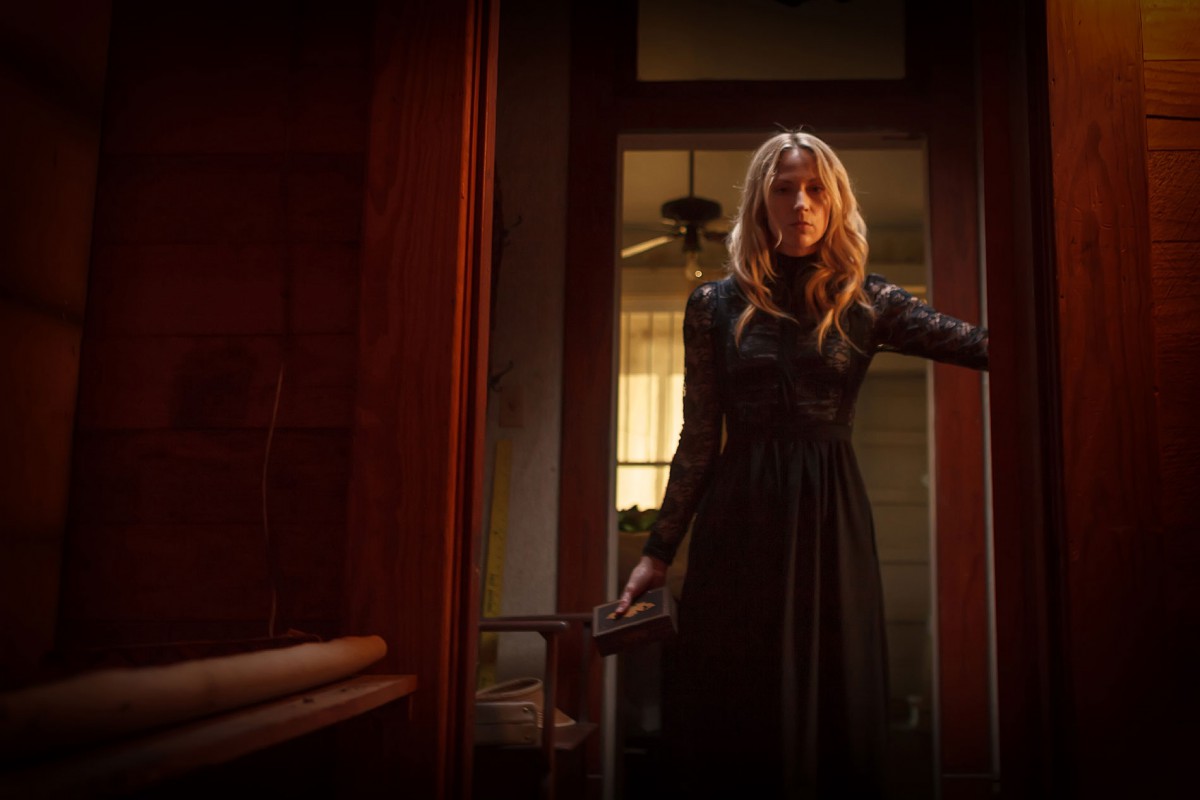 Also, for me, Intruders was about trying new things. This was a first for me and I’m really glad I did it because I feel like I really grew as an actor and I met so many different fantastic people on the way. I changed a lot throughout this process.