Actor Rory Culkin is victimized by some dangerous INTRUDERS in the brutal home-invasion thriller. Culkin plays Dan, a food deliveryman who appears to be the only friend of Anna (Beth Riesgraf), a young woman whose crippling agoraphobia prevents her from leaving her house. After her brother dies, three local thugs (played by Martin Starr of DEAD SNOW 2, SUPERBAD and FREAKS AND GEEKS, Jack Kesy and Joshua Mikel) break into the home in search of money Anna’s sibling has left her, and Dan winds up being taken hostage as well. Culkin, whose first screen appearance was in a photo in his brother Macaulay’s psychodrama THE GOOD SON, has also done the genre thing in M. Night Shyamalan’s SIGNS. 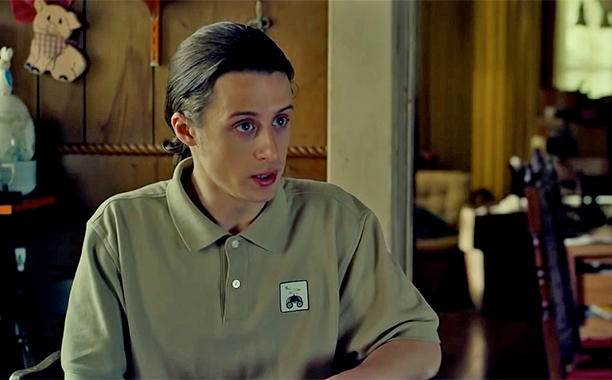 Was the experience of making INTRUDERS as claustrophobic as it plays on screen?

Sort of, because we shot it in one house, and the whole crew had to fit in there. We did shoot on a set for the last two or three days, because they had to build the stair rig [in the basement] and all that. I mean, it would have been strange if the house already had a pre-built dungeon!

Did being stuck in those tight confines help you get into character?
Yeah, it was cool. I think I was the last actor to come on board, just days before shooting started, so I didn’t have much time to dwell on it. That was sort of appropriate, though, because Dan doesn’t have time to think about what’s going on, so I used that to my advantage.

Dan is probably the most complex character in the film; he starts out as a nice guy, but then you find out about his other side, and he becomes more conflicted.

What I liked about Dan was that he seemed to be the only human in it; the others are just monsters [laughs]. They’re all terrible people, and Dan is the voice of reason; he’s like, “We can stop this, we don’t have to do this.” Even when it’s clearly far too late to stop it, he’s still trying to defuse the situation. I guess you could see him as the weakest character, but I tried to find the strength in him saying, “I’m not like you guys.”

How was it working with Beth Riesgraf and director Adam Schindler?
I love Beth, and it’s strange because she’s, like, angelic, and she was playing this part, and in the second half of the film you have to choose a side. There’s no good guy, so it’s interesting to see which side people take, and what makes them jump, who makes them jump. I thought she did it perfectly. And Adam and his partner, Brian [Netto], were really cool, creative dudes. They’re horror guys and comic-book fans, and they’re fun. I just watched the film last night, and I was really impressed with the editing. The script was so much fun to read, and I was just hoping it would translate on screen, and I felt it did. I was very impressed with them.

Was there anything in the script that you didn’t get to shoot, or that didn’t wind up on screen?
Yeah, there was one thing I was actually looking out for last night while I was watching it, but I understand why it didn’t make it in. I had the first line in a scene, so I was like, “I can do whatever I want before I say my line,” because there were a lot of people in the room. Dan’s leg was broken and I was on the floor, and it was just a moan; I was like, [lets out a long groan] before I said my line, and I milked it and stretched it out, trying to set a tone. But it didn’t end up fitting, and I get that.

For you and also Riesgraf, playing such intense roles, were you able to turn it on and off between takes, or did you stay in character the whole day while you’re shooting?
I have a hard time turning it off, so I try to stay in it all day. Other actors—and I wish I was like that—can turn it on and off, and Beth was sort of like that. You know, you want to be protective of your work, but you also don’t want to be an asshole, you know what I mean? So there’s a fine line, and Beth is great at protecting her work politely. Some actors aren’t; some actors bark, and I have a tendency to do that sometimes, but I’ve worked on that [laughs].

How about Martin Starr; did he cut up between takes, or did he stay serious on set?
Oh no, he’s totally on-and-off. He’d be torturing someone, they’d call cut and then he’d make a stupid joke. But then he would notice, like, “Oh, OK, some of these people are still into it.” It’s a balance, it’s collaborative. He was great.

Was the physical side of the role enjoyable—playing in the fake blood and so forth?
Yeah, there was a lot of latex happening. I had never been so tortured in a film; they break my fingers and break my leg, it was rough [laughs]. I’ve been on the other end of that, like in SCREAM 4, where I played the killer and was torturing people, and it’s interesting, because that can be difficult too. If you really want to get into a part, you have to justify everything you’re doing, and getting into the headspace where you’re OK with hurting people can be challenging. There’s a numbness to playing the victim that, surprisingly, might not be as hard. 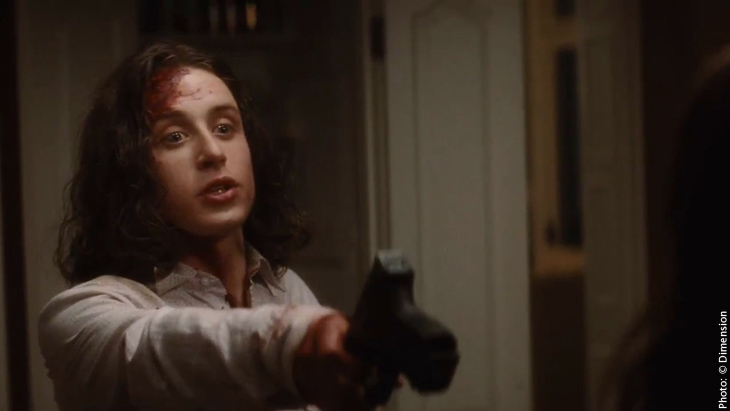 Heightened Pulse-Pounding Escape And Survival In “The Divergent Series: Allegiant”