Real life couple Paul Bettany and Oscar winner Jennifer Connelly collaborate in the actor’s directorial debut in “Shelter.” Bettany, best known for his role in the global blockbuster “Avengers” movies, “Iron Man,” “Legion” and “The Da Vinci Code” takes the back seat and helms a movie with a very powerful message on homelessness set in New York. Bettany’s wife Jennifer Connelly who starred with the late David Bowie in the classic and unforgettable “Labyrinth” and whose hit and acclaimed film credits include “A Beautiful Mind,” “Hulk,” “Blood Diamond,” “Noah” and “Little Children” gives a riveting performance in the movie as a homeless woman named Hannah, heroin addict who abandoned her son after she lost her husband during 9/11 mission.

Co-starring with Connelly is Anthony Mackie as Tahir as Nigerian immigrant whose recent release in jail led him to an encounter with Hannah. Coming from two different worlds, and as they learn about each other’s past, they begin to realize that they need each other to survive. 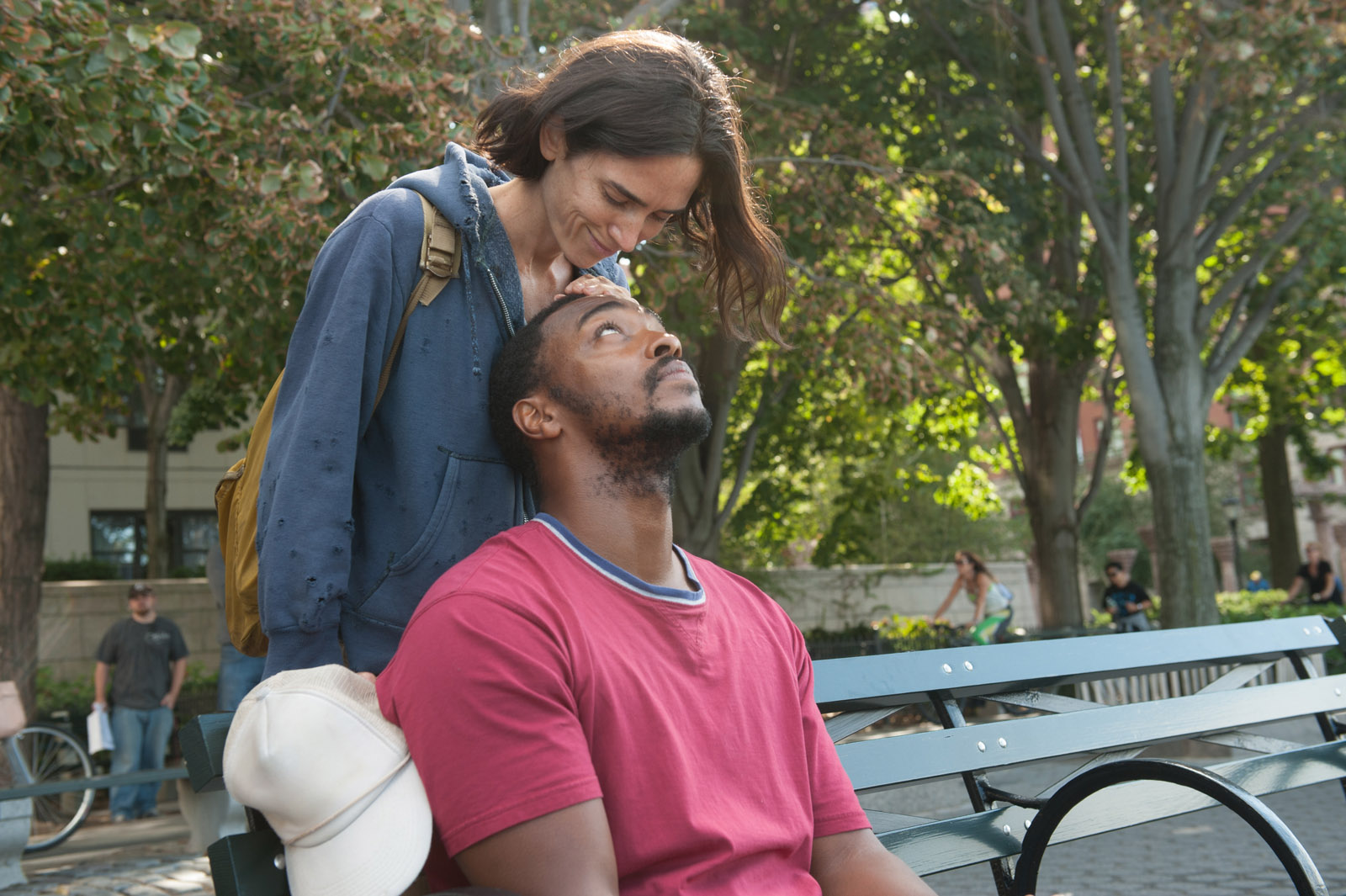 “Shelter” is inspired by a man who lived on the sidewalk to the left of Bettany’s apartment building in TriBeCa where he lives with wife and children. “He had three shopping trolleys (“carts” if you’re an American) stacked full of books—heady books: Ulysses; Remembrance of Things Past, and so on. Over the years, I tried to talk to him, but he was taciturn in the extreme, and after many attempts, I decided to respect his silence and privacy. I returned to watching him from my window and he to reading and protecting his books from the elements. When hurricane Sandy hit New York City in 2012, it saw a mandatory evacuation of our neighborhood on the Hudson River, and in the mayhem of trying to fit three unruly kids and a dog in the car and head to higher ground, I never once stopped to think about where my silent, well-read friend would go to weather the storm. I’ve never seen him again,” shares Bettany. 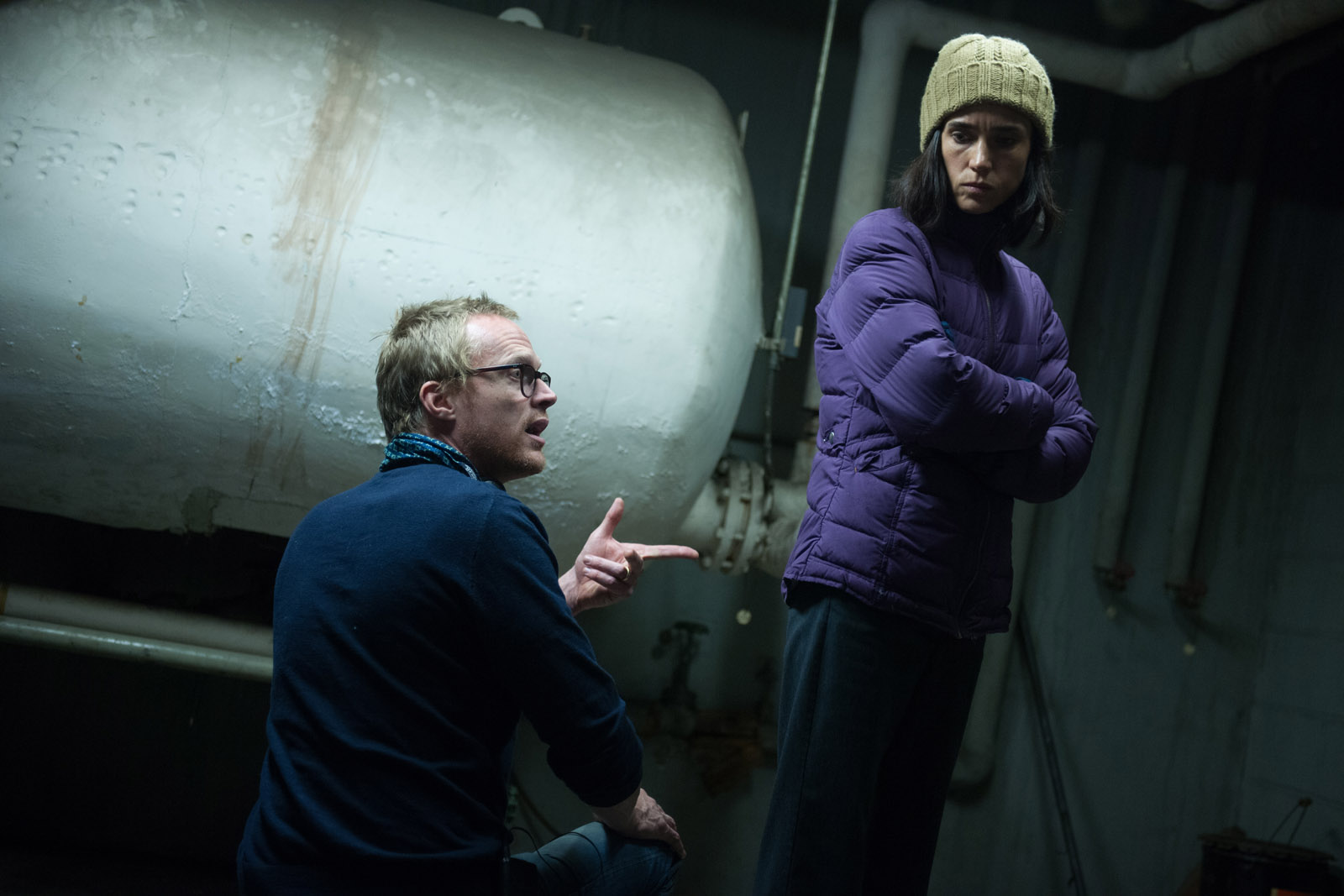 Long before he started shooting, he showed the script to Coalition for the Homeless, an advocacy group in New York, who vetted it. Bettany wanted to highlight the bureaucracy that prevents the homeless from getting help and finding shelter. “But I didn’t want to make a film about homelessness,” he insists. “I wanted it to be about judgment.”

Bettany further reveals that he decided to take the director’s chair because for him, the script seems to be an interim document, “I’ve been wondering whether in our attempt to control the outcome of our efforts and to protect our investment, we sometimes develop scripts to death. Over develop them to the point where there is no real imaginative job left for the actor, no room for surprises, just enough space for him or her to paint by numbers and fill in the blanks. I’ve finally become bored of hearing myself moan on about how it isn’t the 70’s anymore, and have decided to try and do something about it—I love actors, they are magical and anarchic and trustworthy storytellers, and I want to give them their jobs back. To that end, I will be shooting Shelter fast and loose. Handheld, 1.85:1, which feels intimate to me and to my mind is a very actor friendly format—actors being, with very few exceptions, more vertical than they are horizontal,” reveals the actor-director on helming “Shelter.” 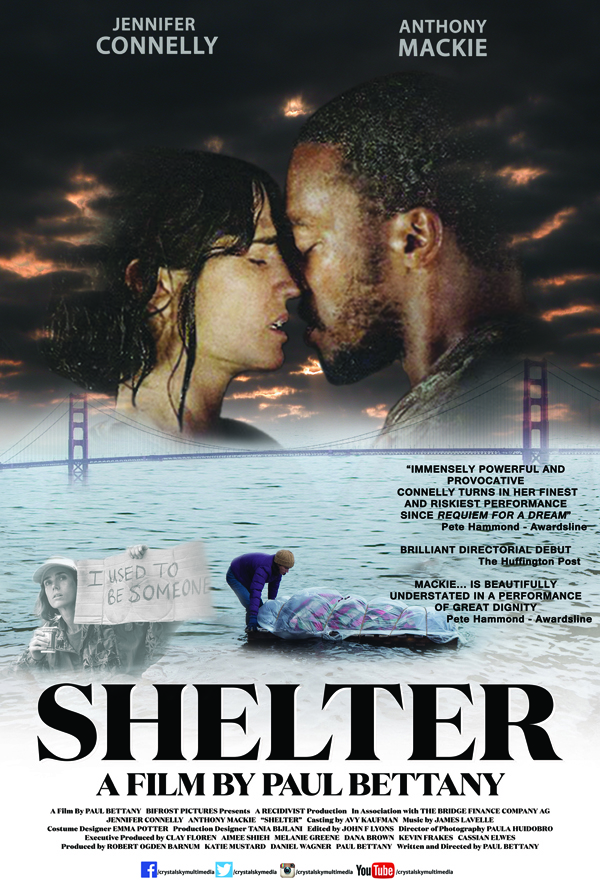 “Shelter” as Paul Bettany puts it is a love story is for him and for all people who for whatever reason slip by the wayside.

“Punisher” Jon Bernthal is Ben Affleck’s Rival in “The Accountant”