“The Walking Dead” and “Prison Break” actress Sarah Wayne Callies brings another yet indelible impression in the upcoming hair-raising horror movie “The Other Side of The Door,” where she plays Maria, an inconsolable mother who lost her son in a tragic accident.

Set in mystical India and based on Indian folklore, “The Other Side of the Door” follows a family who lives an idyllic existence abroad until a tragic accident takes the life of their young son. Maria, the mother, learns of an ancient ritual that will bring him back to say a final goodbye. She travels to an ancient temple, where a door serves as a mysterious portal between two worlds. However, when she disobeys a sacred warning about never opening that door, she upsets the balance between life and death. 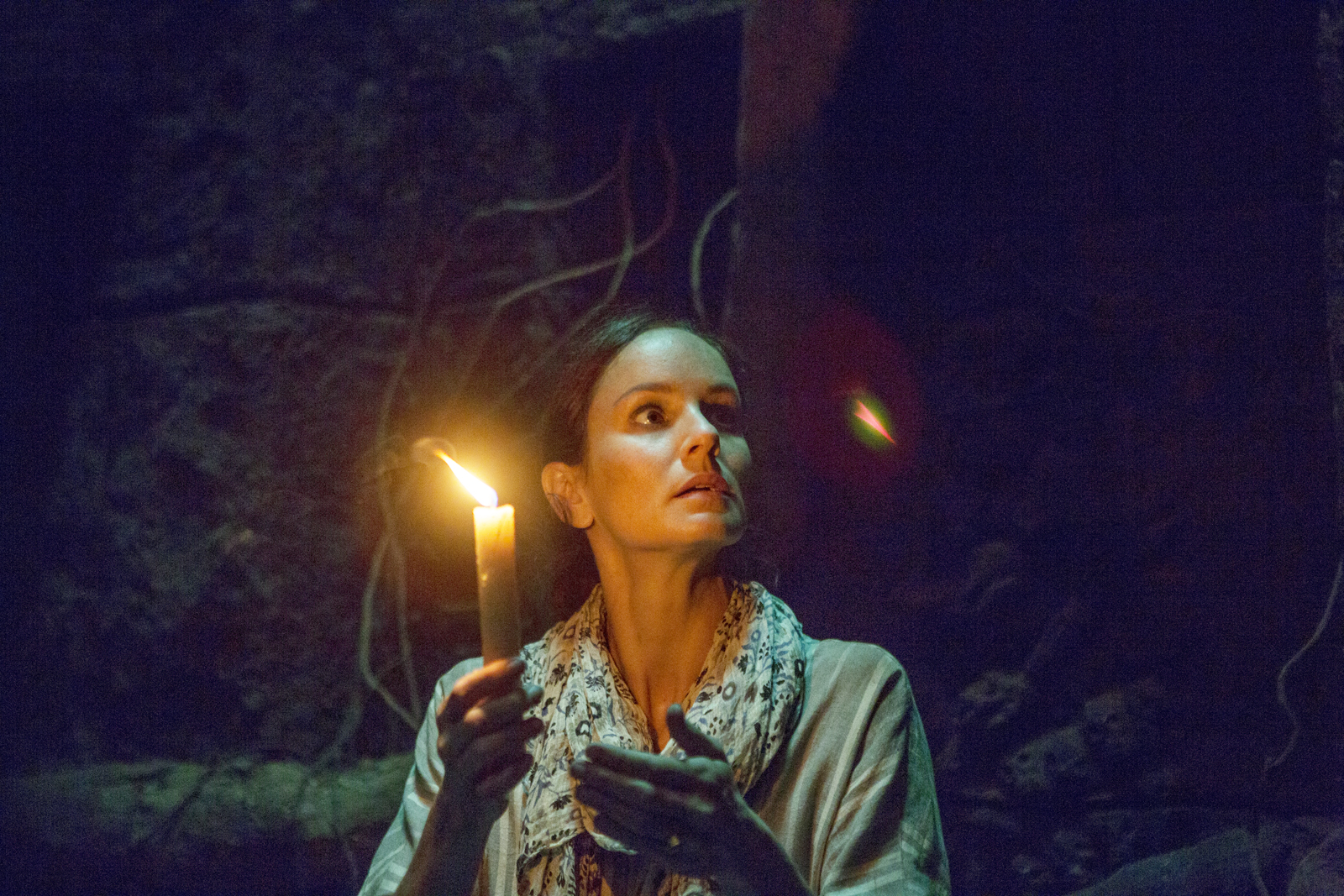 Writer-director Johannes Roberts had been exploring the concept of a spirit that lived on the other side of a foreboding door. Roberts learned of an abandoned Indian village, Bhangarh, which was rumored to have a haunted temple that warned visitors it was illegal to enter at night. That notion immediately struck a chord with the filmmaker.

It was important that the film’s central character, Maria, be strong and likable. She represents the idealized version of the American middle class woman who has everything, including a devoted husband and two children.

“Sarah brings a real intensity to the character of Maria,” says Roberts. “I really understood her fragility – the cracks in her armor. As the story unfolds, the cracks get bigger and bigger, and I could feel Maria trying to pull her world around her together. Sarah conveys that, beautifully. She also brings a real confidence and delicacy to the role. The movie rests on her shoulders, and she really ran with it.”

“The Other Side of the Door” is a story about a family and about a woman who crosses the line from grief to madness,” says Callies. “I have never played a character that revolved so completely around loss and the inability to heal. Until that tragedy, Maria had always walked between raindrops. She’d been so fortunate, and then in the space of an hour it all changes.” 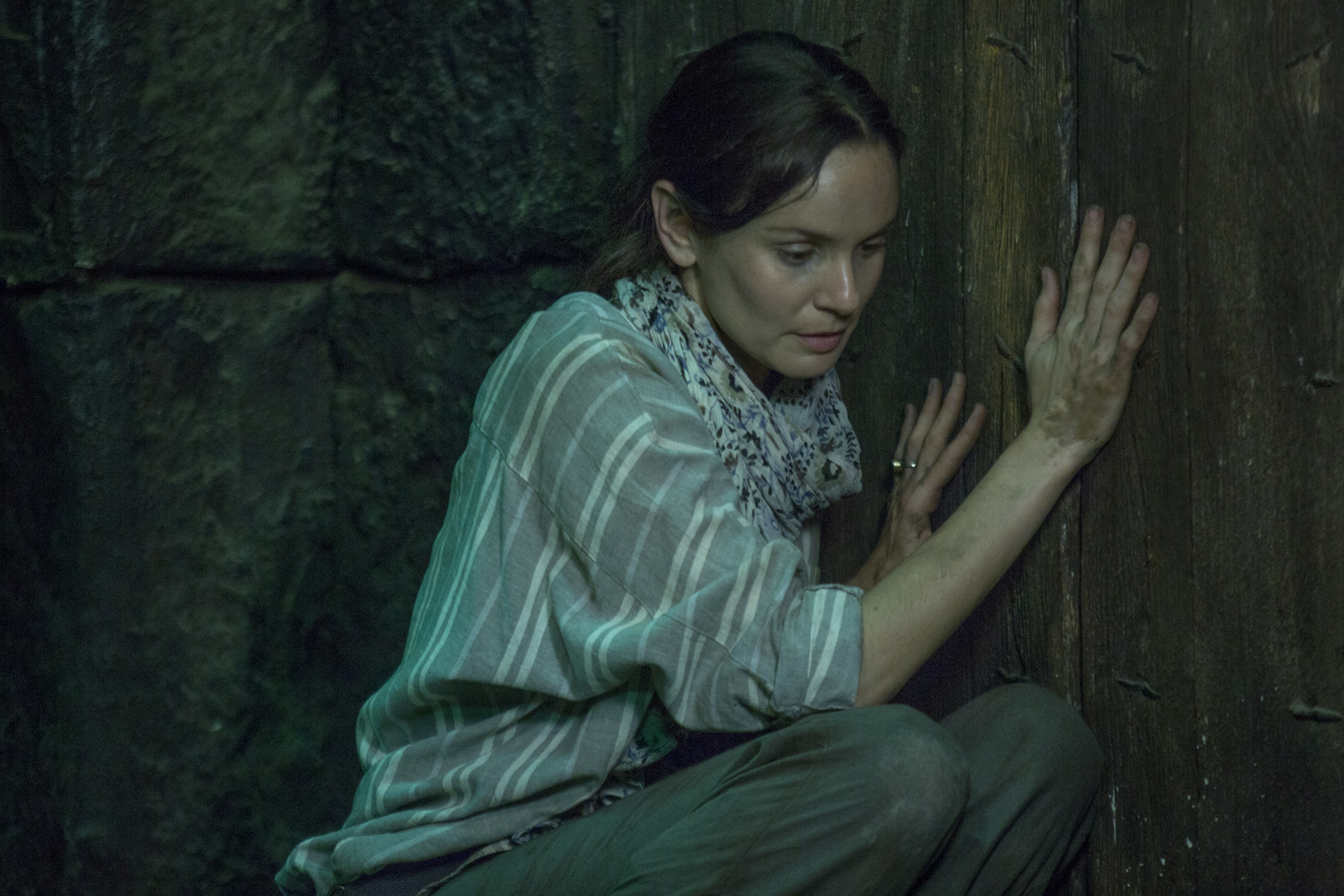 To tap into the intense range of emotions required for the role, Callies kept a book of sonnets about grief in her trailer. “Grief is a non-linear emotion,” she says. “I’ve been stunned at how fresh grief can be and how much regret and loss can still be buried under the surface.” She elaborates, “Maria feels distant from her husband and daughter because they’re healing from the loss, and she is not. I think she sees herself as being very broken, and starts to think they’d be a lot better off if they didn’t have her to bring them down.”

Maria begins to lose touch with rationality and turns towards unconventional and ultimately horrific measures to deal with her loss. “When the supernatural is the only solution in her life, Maria decides to try it,” says Riera. “She thinks the supernatural is superior to any of her previous coping mechanisms and will change her life forever.”

“By exploring these supernatural elements, Maria is opening a Pandora’s box she cannot close,” adds Callies. “She goes down a slippery slope that is both understandable and frightening to watch. Maria cannot accept her son’s death. She believes she has this chance of talking to him one last time, so she tries to get in touch with his spirit, and that ruins her life.”

Say hello from “The Other Side of the Door” when it opens in cinemas on February 24 from 20th Century Fox to be distributed by Warner Bros.