The actors, who attended the premier of “Zoolander 2” in Rome on Saturday night, along with colleagues Will Ferrell and Justin Theroux, posed in the shopping windows of Valentino flagship on Sunday afternoon. The Roman-based fashion house collaborated with the movie’s costume designer Leesa Evans on a range of outfits for the comedy.

Stiller sported a military green suit embellished with butterflies, as well as a camouflage shirt, while Wilson opted for a more casual look, including beige pants, a lime green leather bomber jacket and a shirt showing a tropical pattern. He finished the look with black sunglasses and a grey beanie.
While Stiller struck mannequin-like poses, Wilson pulled moves inspired by martial arts comedy movies. 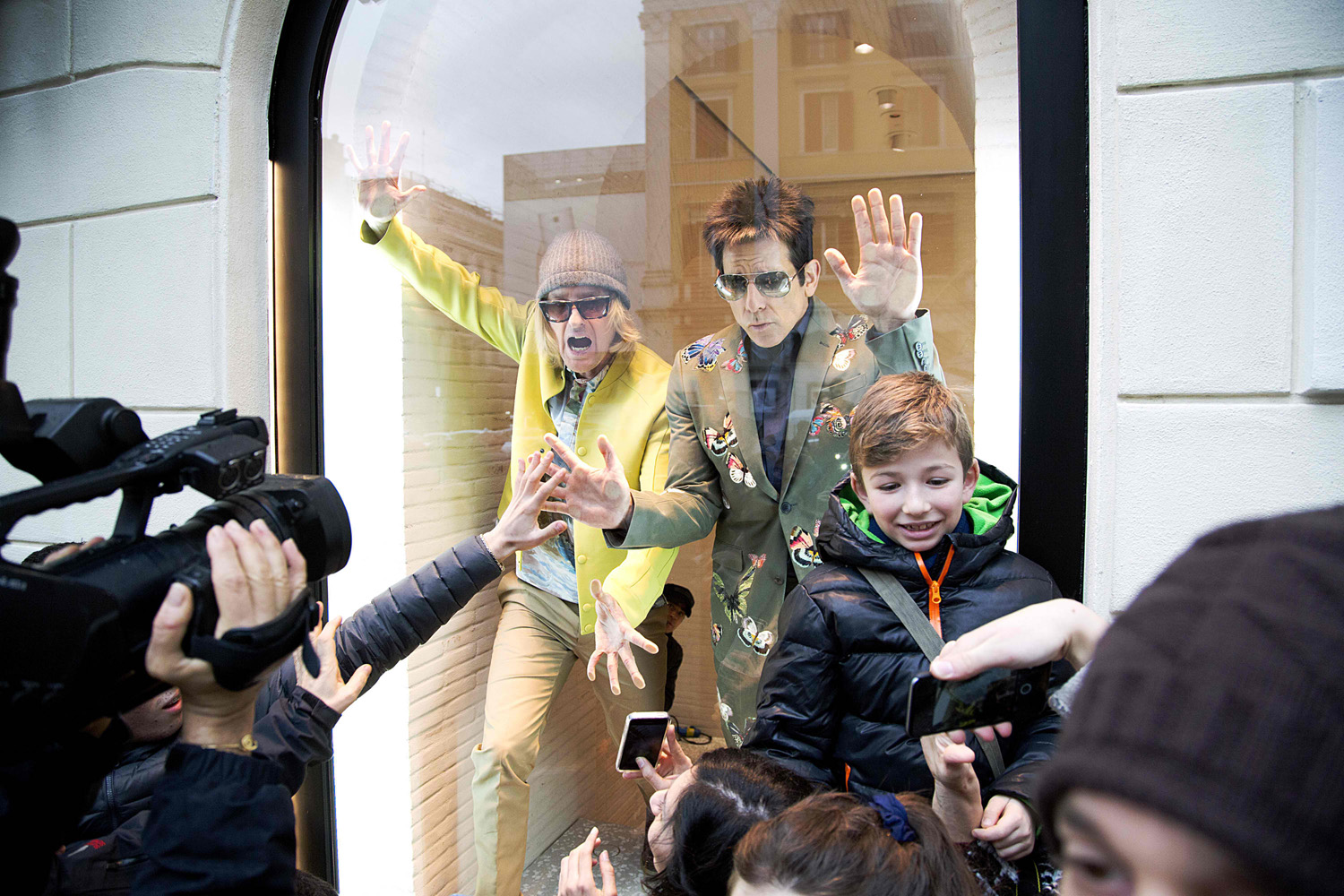 The duo already made an incursion in the fashion industry last March, when they hit the runway of the Valentino women’s fashion show at Paris Fashion Week as the film’s male supermodel characters.

In Paramount Pictures’ eagerly anticipated comedy sequel “Zoolander 2,” male models Derek (Stiller) and Hansel (Wilson) were enjoying the wonders of the `Derek Zoolander Center for Kids Who Can’t Read Good And Wanna Learn To Do Other Stuff Good Too,’ and Mugatu (Ferrell) was behind bars. An unforeseen catastrophe strikes the Center and forces the duo into seclusion, living off the grid. Fifteen age-defying years later we find a still shamed Derek and Hansel leading isolated, separate lives, shut-out from the rest of the world. 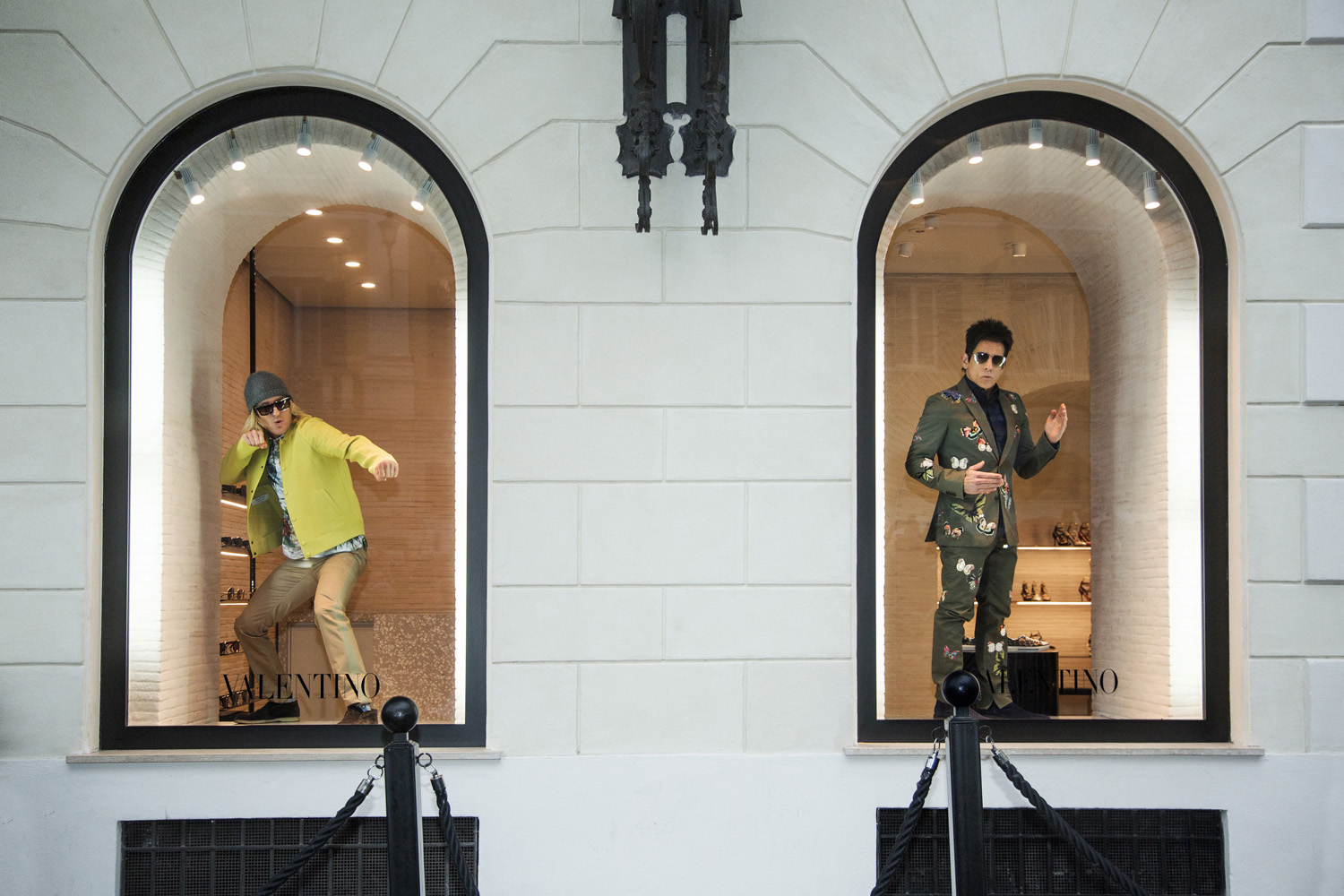 When each receives a special invitation to star in a major world fashion event in the ancient and mysterious city of Rome, they are unable to deny the allure of returning to their former glory and make their way back to civilization. Upon arrival, Derek and Hansel meet the bizarre and eccentric designers that are behind the new fashion empire. The two rapidly realize the fashion world they once knew has drastically changed, thrusting them awkwardly and literally back into the spotlight.
While they struggle to find relevance in this strange new world of blogging, vlogging, and anti-fashion fashion, they are recruited to help stop a calculated and deadly plot that if not stopped, would destroy forever the hopes for fashion to return to its revered and glorious status. Only Derek and Hansel have the power to SAVE FASHION.