So iconic that he can be identified by silhouette, Jacobim Mugatu stands alongside some of the most revered and reviled villains in cinema history. With a penchant for outrageous outfits, small dogs, latte-throwing, and the ability to determine who is really hot right now, Mugatu is a truly unique character unlike any other.

Considered a newcomer at the time of the original “Zoolander” in 2001, comedian Will Ferrell embraced the opportunity to create such an absurd character from the ground up. “All these characters in the fashion world are so much fun because it’s fertile ground,” says Ferrell. “Mugatu is an important character for me because it was the first time I had the chance to do a big broad character that ended up resonating with people.” 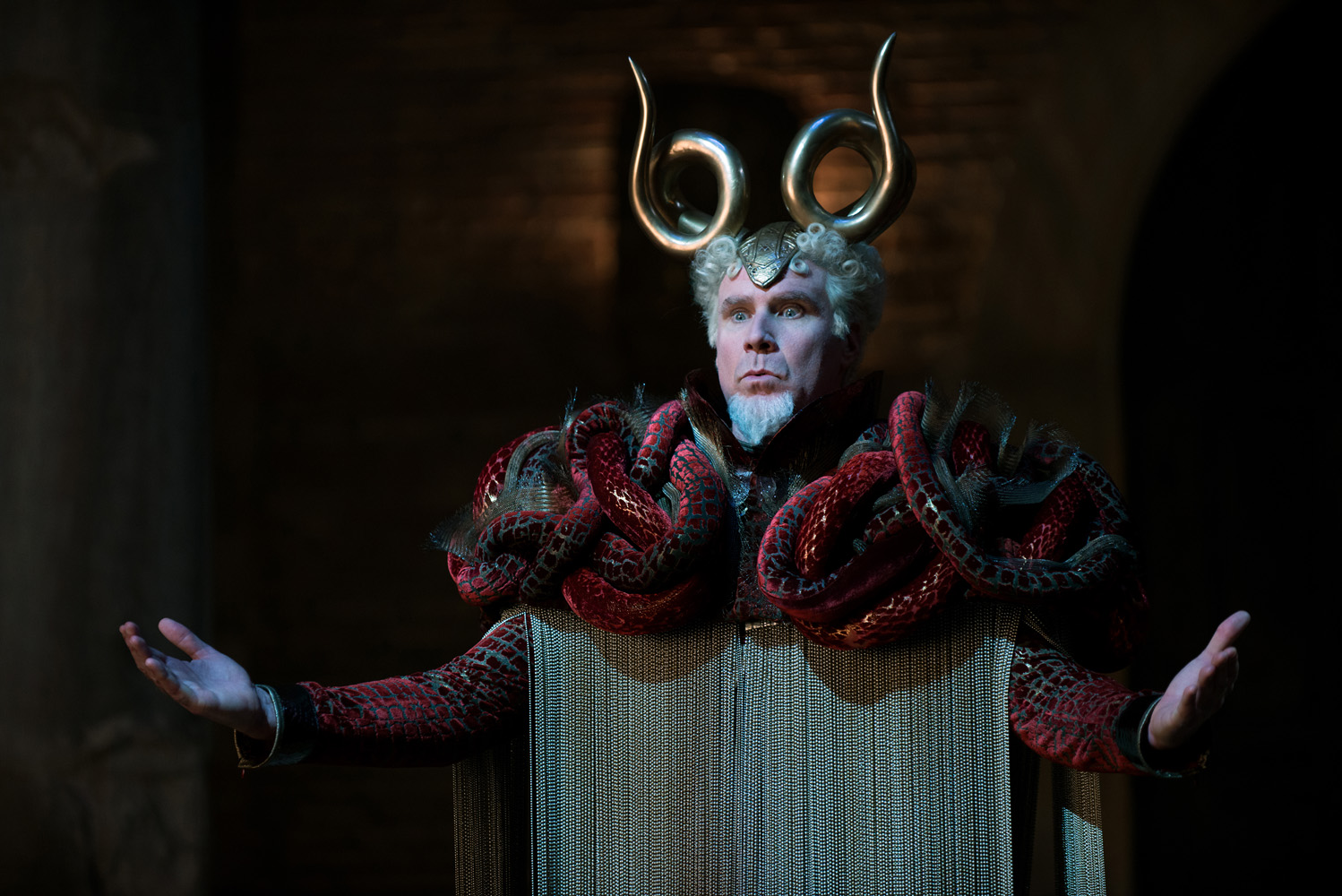 For Ferrell, donning the infamous wig again was an interesting experience after almost 15 years. “It was strange at first to get back into the character and the outfits and then it became strange that it wasn’t strange anymore,” he laughs. “I had forgotten how intense Mugatu is. He is never relaxed and is always screaming at someone because nothing is ever quite right, but those are such fun characteristics to play.”

With Mugatu behind bars, the world of fashion was left without a leader; a nation of fashionistas left to (gasp!) decide for themselves what was is in-style. Luckily, the void was filled to epic proportions by fashion’s new queen, the incomparable Alexanya Atoz.

A fashion magnate so cherished and revered that she appears to float instead of walk (walking is just so regular), Alexanya dictates all things fashion related; what trends to follow, patterns to wear, and determines the ultimate standards for beauty. When Derek (Ben Stiller) and Hansel (Owen Wilson) are personally invited by Alexanya to appear at her protégé Don Atari’s upcoming show, they are made aware of the magnitude of this invitation and prepare to make their big return to the runway.

Larger than life by design, Alexanya Atoz is a walking art installation. Alexanya doesn’t just wear clothes; she carefully curates every aspect of her appearance and takes every opportunity to make a statement. Ever on the quest for eternal beauty, she has made every attempt to reverse the aging process and the result is a plumped, injected, stretched, tanned face that nods to society’s obsession with youth and cosmetic surgery. “Alexanya is a plastic surgery disaster on the quest for eternal youth and beauty, so overly injected and Botoxed that she can barely speak,” says screenwriter Justin Theroux. 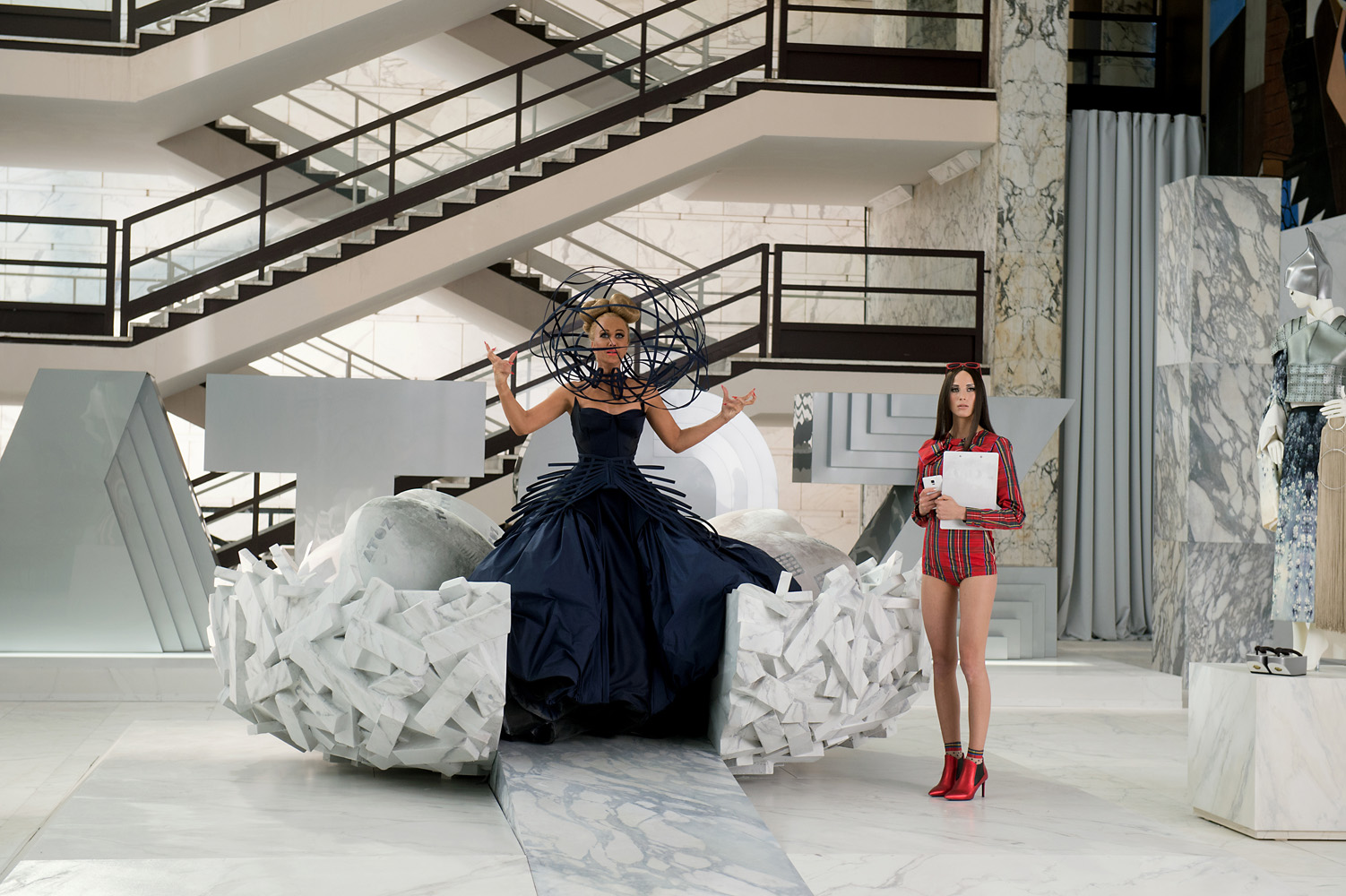 Acclaimed actress and “Saturday Night Live” alumna Kristen Wiig was chosen for the role, and used Alexanya’s physical eccentricities to help define the character. “I’ve never played anyone like this before, an evil queen of sorts. The script describes her physically as having way too much plastic surgery that inhibited the way she talks. Her dialogue was written out phonetically which I read as having a Russian feel to it, and we came around to the idea that she just doesn’t care to pronounce words correctly.”

To achieve Alexanya’s extreme look, celebrated make-up artist Mark Coulier and his team created a wildly unique look using extensive prosthetics with a lengthy application process, which combined with her extravagant wigs, hair pieces, and complex wardrobe, was a process that required up to four hours. “You just have to Zen out for a while. I’ve never worn prosthetics like this before; it’s pretty amazing. It’s weird to look at yourself in the mirror and see your eyes but it’s not your face,” remarks Wiig. 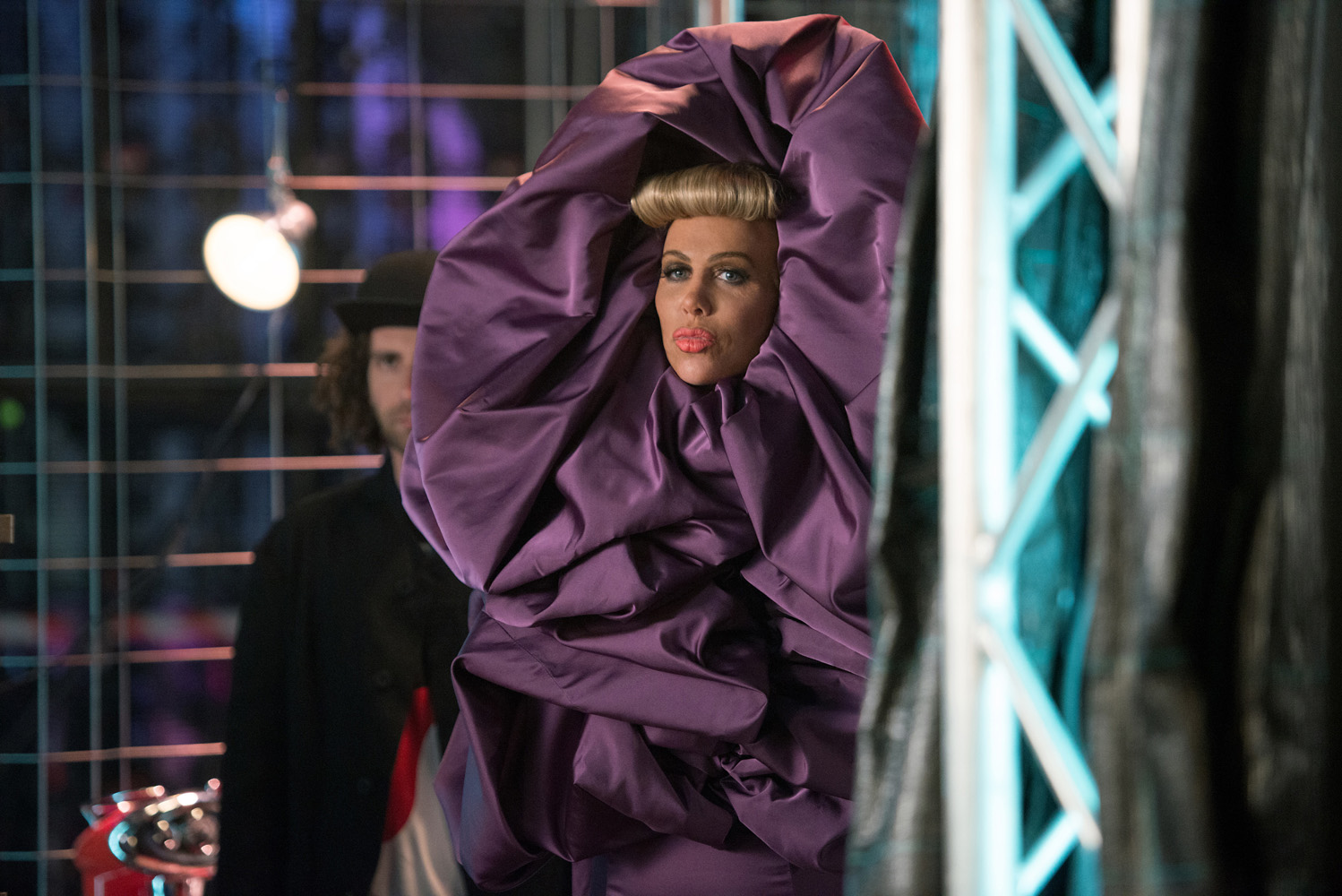 Wiig and Ferrell share a special moment on screen, sure to be remembered as one of the year’s most memorable on-screen kisses. On the day, director and co-star Ben Stiller gave minimal direction as to the specifics of the kiss and was surprised by just how deep the two comedic powerhouses went for it. “We talked a little about what we would try beforehand and I told him something along the lines of ‘Do whatever. Lick away because it’s not really my skin.’ I don’t think Ben really realized what we were gonna do because after we did it the first time, he seemed a little surprised. We really went for it,” laughs Wiig.

“I didn’t really give them any direction at all— Will and Kristen have such a great trust together and happen to be two of the funniest people ever and what they did was one of the most insane things I’ve ever seen. It is one of the funniest things in the movie,” concludes Stiller.