“Behind Every Hero is an Embarassing Sibling.” So goes the tagline of the new poster art of Columbia Pictures’ new action-comedy “The Brothers Grimsby” starring Sacha Baron Cohen (“Borat”) and Mark Strong (“Kingsman: The Secret Service”). Guess who’s the “embarassing” brother.

Take a look at the new one-sheet art below that’s just been released by the studio.

Directed by Louis Leterrier (“Now You See Me”), the screenplay is by Sacha Baron Cohen & Phil Johnston & Peter Baynham, story by Cohen and Johnston. 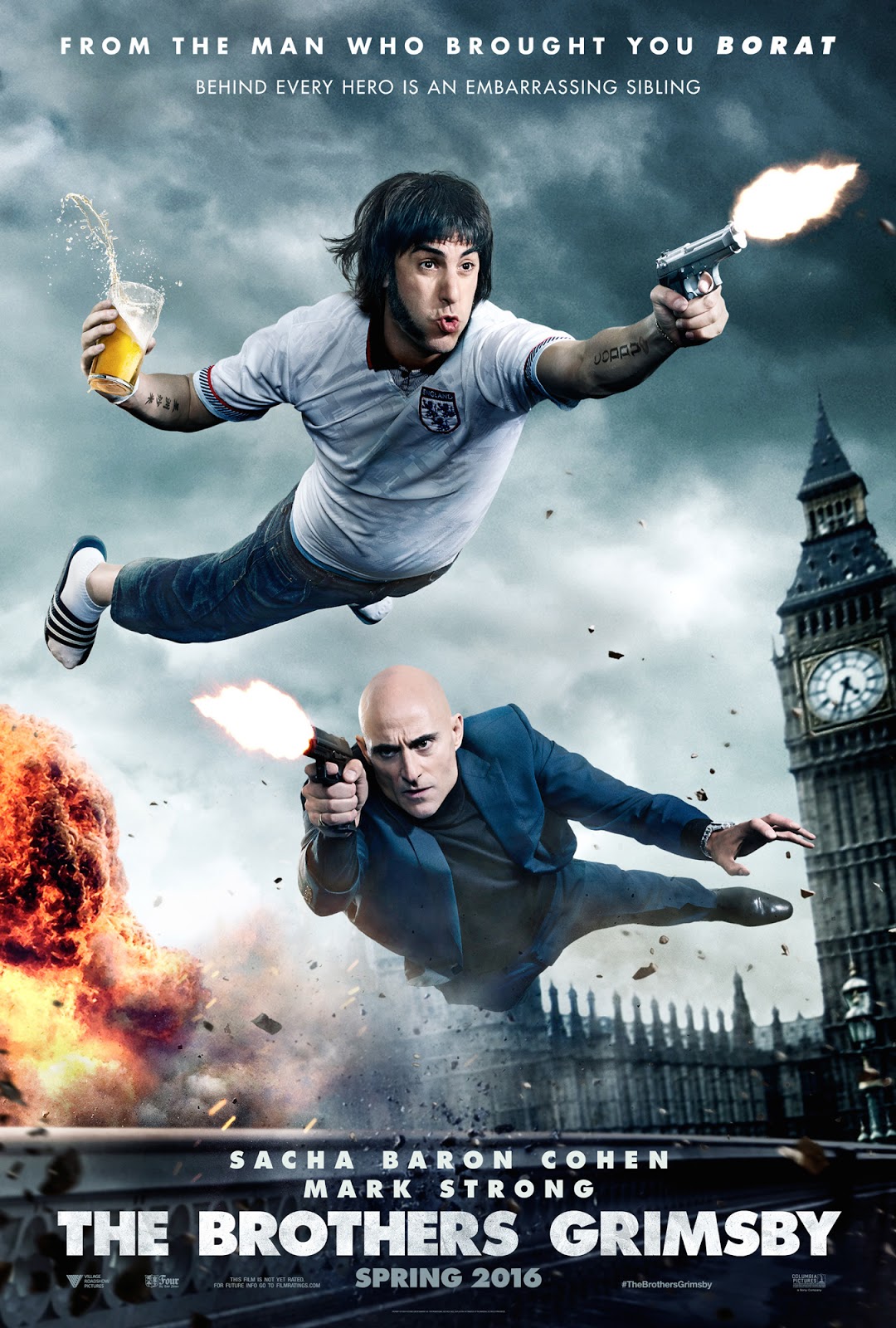 In the film, MI6’s top assassin has a brother. Unfortunately for him, he’s an English football hooligan from the town of Grimsby.

Nobby (Cohen) has everything a man from the poor English fishing town of Grimsby could want – 9 children and the most attractive girlfriend in northern England (Wilson). There’s only one thing missing in his life: his little brother, Sebastian (Strong).

After they were adopted by different families as children, Nobby spent 28 years searching for him. Upon hearing of his location, Nobby sets off to reunite with his brother, unaware that not only is his brother an MI6 agent, but he’s just uncovered a plot that puts the world in danger.

On the run and wrongfully accused, Sebastian realizes that if he is going to save the world, he will need the help of its biggest idiot.

Opening across the Philippines on March 09, 2016, “The Brothers Grimsby” is distributed by Columbia Pictures, local office of Sony Pictures Releasing International.