In search of a new life, the heart warming movie “Brooklyn” trails the life of Eilis, played by Academy Award nominee Saoirse Ronan, a young luminous Irish woman who has lived her whole life in tiny Enniscorthy, Ireland – who is swept away to America through the prodding of her thoughtful sister into becoming a confident woman in a foreign land.

As Eilis arrives into the diverse tumult of Brooklyn, New York a sudden burst of homesickness overwhelms her, feeling like an exile. But as Eilis dexterously learns to adapt to life as a New Yorker, she meets an Italian immigrant, Tony Fiorello (Emory Cohen), a funny, sweet, charismatic suitor determined to win her devotion. Just as she seems on the verge of beginning a new life, a family tragedy brings her back to Ireland where she is pulled back into the life she left behind and meets an Irish gentleman, Jim Farrell (Domhnall Gleeson) whom she eventually falls in love with too. Caught between two countries, two men and a decision that could affect her future forever, Eilis confronts one of the most breathtakingly difficult dilemmas of our fluid modern world: figuring out how to merge where you have come from with where you dream of going. 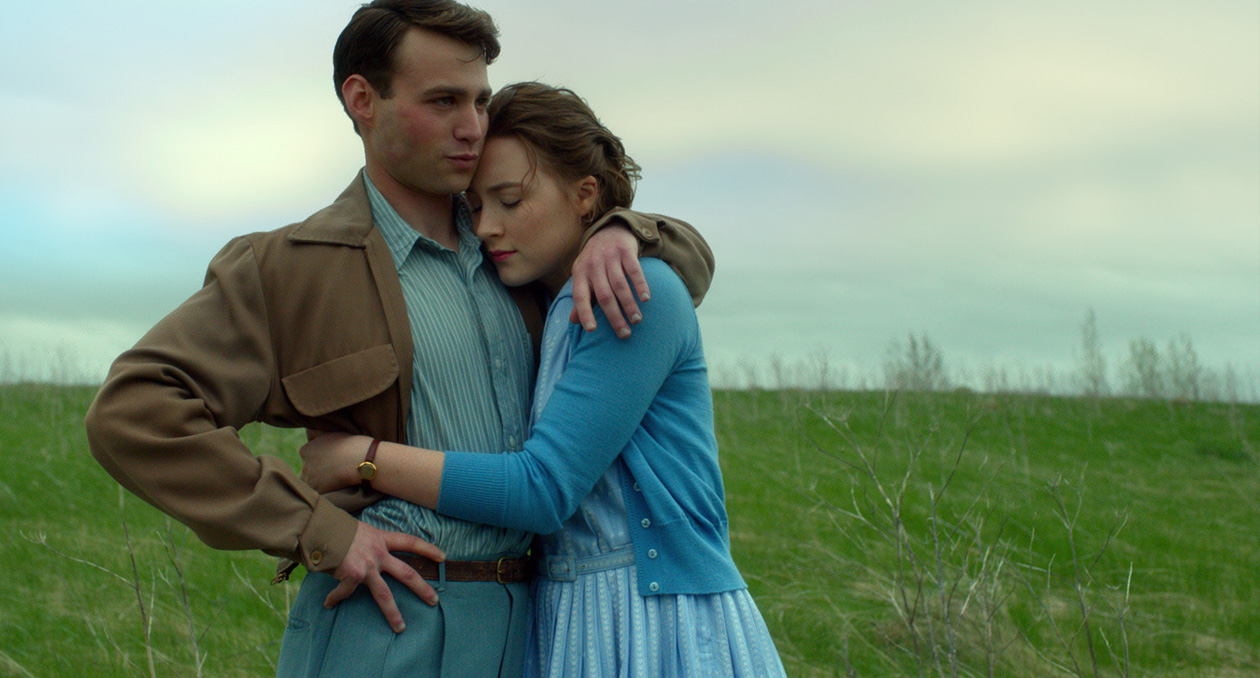 The entirety of “Brooklyn” builds to the life-altering decisions Eilis must make: between Tony and Jim, between Brooklyn and Ireland, between her past and what she wants for her future. Everyone involved knew from the start that the story hinged on the uncertainty of her ultimate choice.

While casting Eilis was vital, it was equally important that her two suitors – one American, the other unexpectedly found when she returns to Ireland – be as alluring and true-to-life. To play the boyish plumber Tony Fiorello, who woos Eilis with bravado and tenacity despite her uncertainty, the filmmakers chose rising star Emory Cohen. Known for his roles on NBC’s “Smash” and Derek Cianfrance’s “The Place Beyond the Pines,” this is his first major romantic lead.

If Tony Fiorello is sweetly seductive, his more provincial but gentlemanly Irish counterpart, Jim Farrell, had to be both an opposite attraction and a legitimate threat. That led to the choice of Domhnall Gleeson, who has been coming to the fore as one of the most versatile actors of a new generation with roles in “About Time,” “Calvary,” “Unbroken,” “Ex Machina” and in “Star Wars: Episode VII – The Force Awakens.” 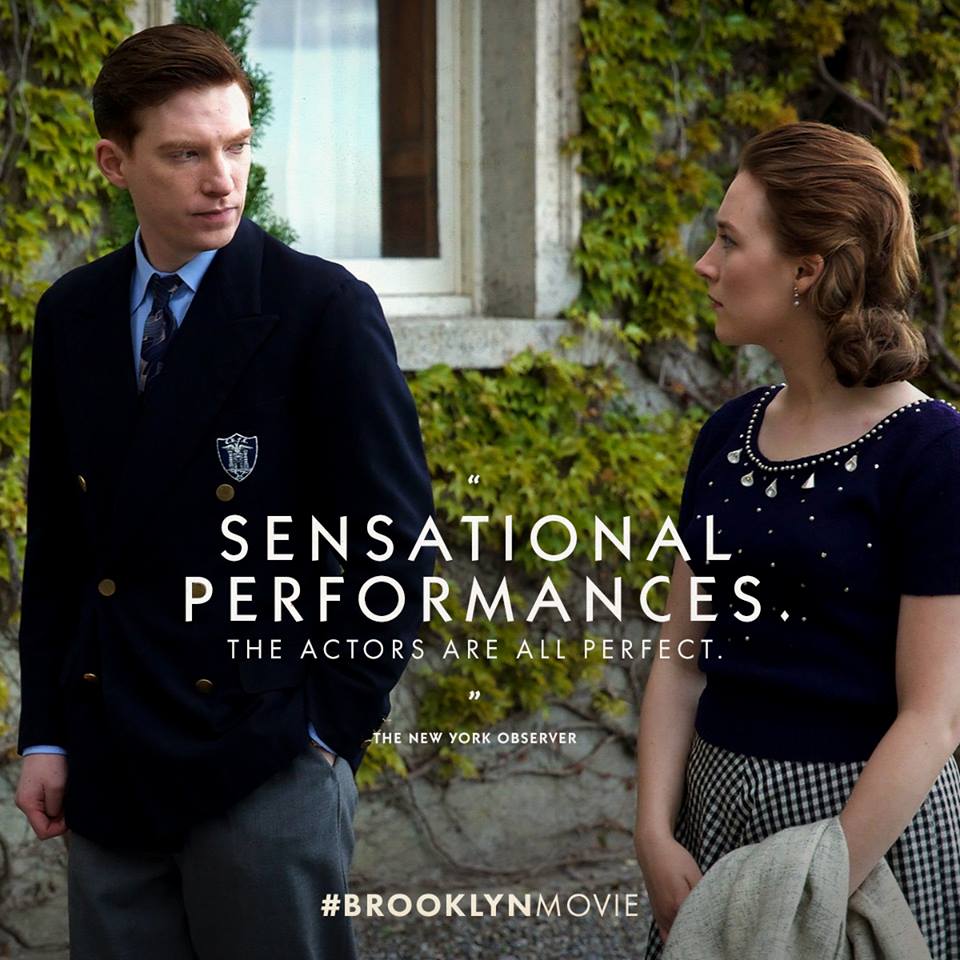 Gleeson knew he, too, had to find a subtle but visceral chemistry with Saoirse Ronan, to put the question mark in the audience’s mind. “Life in Brooklyn may offer Eilis more, but it was my job to make Jim seem worth staying in Ireland for,“ he says. “I really wanted to create a connection with Saoirse that you would feel is worth fighting for.”

Like his castmates, Gleeson related to Eilis’ experience in his own way. “I think everybody’s known a sense of displacement at one time or another, of not having a clear home,” he says. “I’ve certainly been familiar with that at various times in my life — and I thought it was captured brilliantly in this story. Then there’s a lot of romance and fun to the story, which is very appealing.”