Charlie Brown, Snoopy, Lucy, Linus and the rest of the beloved Peanuts Gang make their big-screen debut, like they’ve never been seen before, in state of the art 3D animation. Charlie Brown, the world’s most beloved underdog, embarks upon an epic and heroic quest, while his best pal, the lovable beagle Snoopy, takes to the skies to pursue his arch-nemesis, the Red Baron. From the imagination of Charles M. Schulz and the creators of the “Ice Age” films, “Snoopy and Charlie Brown The Peanuts Movie” will prove that every underdog has his day.

“Snoopy and Charlie Brown The Peanuts Movie” features the iconic music of Vince Guaraldi, who composed the beloved “Linus and Lucy” song from the television specials. “Let me put your concerns to rest,” confirms Martino, “the ‘Linus and Lucy’ song and all the cues you know and love are in the film!”

Martino turned to longtime Peanuts collaborator, jazz legend David Benoit, to perform the memorable title tracks for the film. To bring to life the iconic “voice” of Ms. Othmar (the kids’ teacher) and all the other adult voices in the cast, the filmmakers tapped New Orleans jazz legend Troy “Trombone Shorty” Andrews. 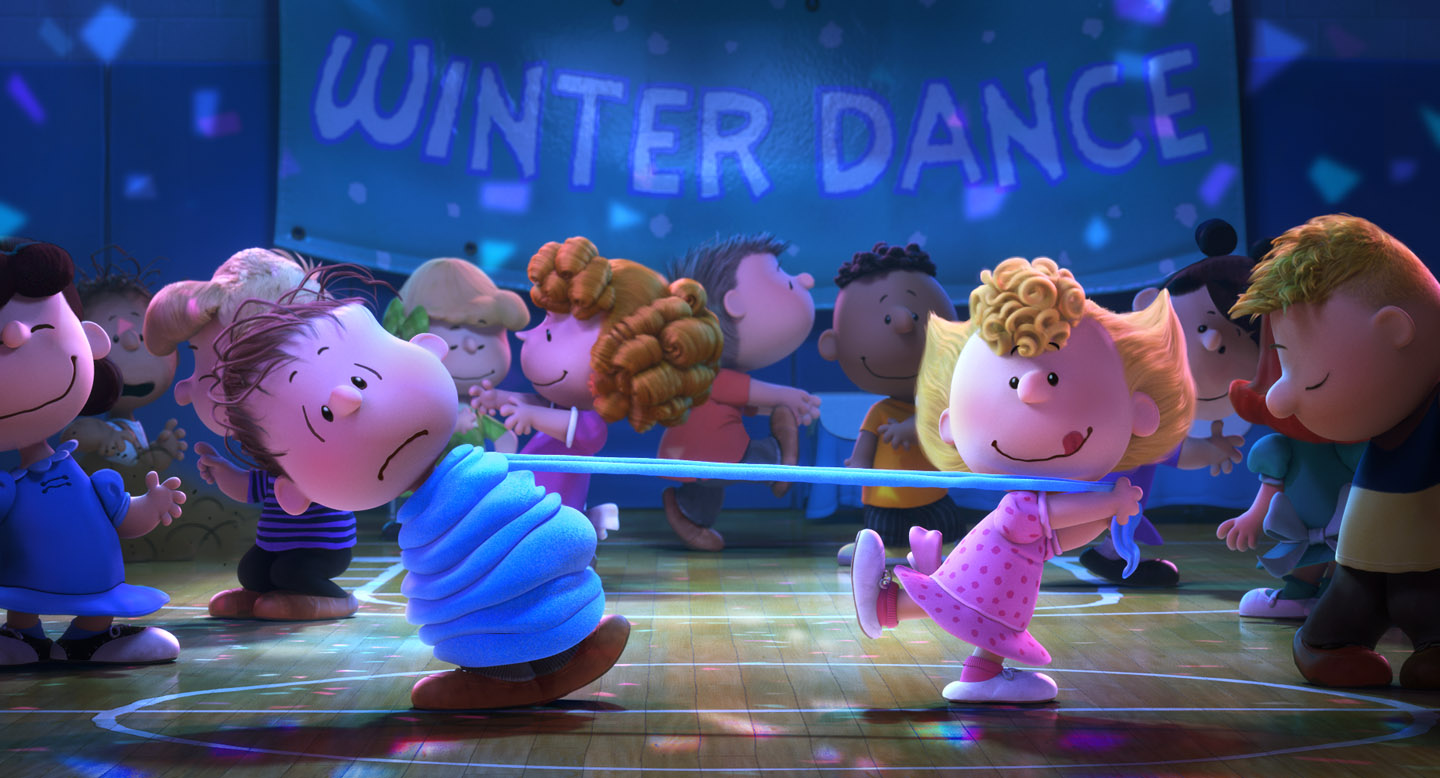 At the helm of all the music is composer Christophe Beck (“Frozen,” “Ant Man,” “Pitch Perfect”). In one memorable scene, Snoopy teaches Charlie Brown to dance (so he can impress the Little Red-Haired Girl). Knowing the scene called for a song, Martino turned to one of the world’s top new musical artists, Billboard Music Award winning and Grammy nominated Meghan Trainor, to pen an original tune for the film. “Meghan has written a wonderful song that expresses Charlie Brown’s optimistic attitude as he works with Snoopy to become a better dancer,” says Martino. “She is such an amazing singer songwriter and a shining example of the thematic heart of our story.”

Trainor met with the team at Blue Sky and seemingly overnight captured the essence of the film in song. “Musically, Meghan had me from her very first rough demo,” Martino says. “My foot was tapping and I had a huge smile on my face as I could see this moment in the movie being lifted by her unique talents.” 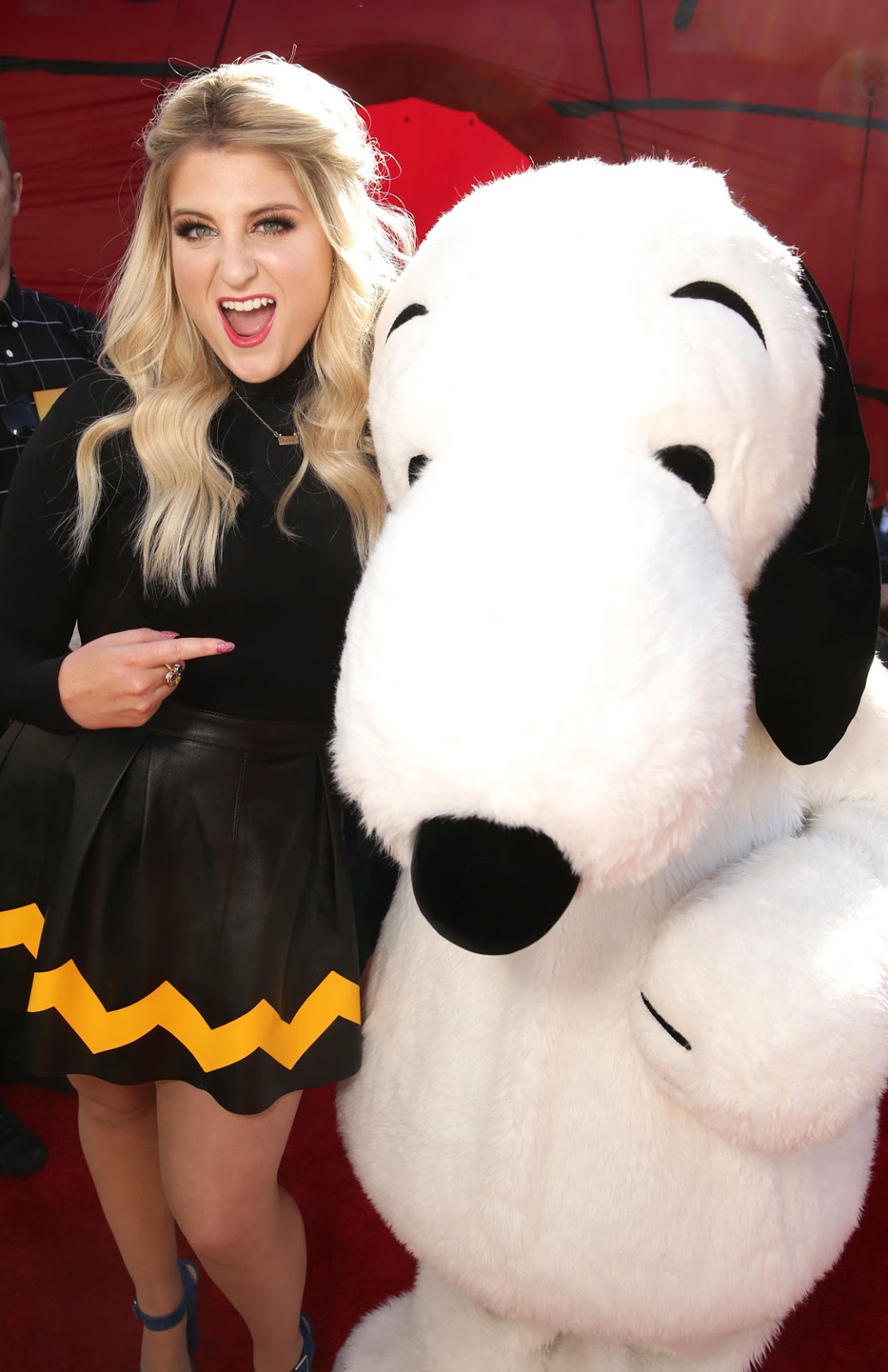 Trainor commented: “As a lifelong fan of Charlie Brown, Snoopy and the rest of the Peanuts Gang, I was thrilled to be offered the chance to see an early version of “Snoopy and Charlie Brown The Peanuts Movie” —and to then be inspired to write a song that captured the film’s spirit, energy and sense of joy. And it was a pleasure to work with director Steve Martino to make sure the song did right by the incredible characters and world he’s bringing to the big screen.”

Two-time Academy Award winner Randy Thom, Supervising Sound Editor and Supervising Sound Mixer on “Snoopy and Charlie Brown The Peanuts Movie,” is no stranger to the world of animation. A legend in the craft of sound design and mixing, Thom, who is based at Skywalker Sound, has worked on over 20 animated films, including the “How to Train Your Dragon” and “Rio” films and “The Incredibles” (for which is won an Oscar).

“Even though we used contemporary equipment we employed special techniques to antique them, incorporating characteristic sounds you’d recognize from the specials,” Thom continues. In a nod to the classic specials and to the legacy of Charles M. Schulz, Bill Melendez and Lee Mendelson, the filmmakers were granted access to the library of Melendez’s recordings of Snoopy’s voice. “It was really important for us to use Bill’s voice, so I approached his studio and secured a majority of the recordings he had made over the years,” says Craig Schulz.

The warmth and merriment of the holiday season continue as “Snoopy and Charlie Brown The Peanuts Movie” opens January 8 (also in 3D) in cinemas nationwide from 20th Century Fox to be distributed by Warner Bros.