In a world where dinosaurs never became extinct and humans roam the wild, Disney-Pixar’s “The Good Dinosaur” features a simple, relatable story in which an Apatosaurus named Arlo makes an unlikely human friend.

“It’s the story of a boy and his dog—only in our story, the boy is a dinosaur and the dog is a boy,” says director Peter Sohn.

“It’s also a coming-of-age story,” adds Sohn. “Arlo is afraid everything. But his father, Poppa, is always there for him, encouraging Arlo to step out of his comfort zone, to confront his fears, to make his mark.”

“Arlo is young and vulnerable,” says character art director Matt Nolte. “He’s so unsure of himself and we wanted to capture that in his look. He’s smaller and thinner than his siblings.”

“Poppa is powerful and capable,” adds Nolte. “He has perfect posture and he walks in a straight line—he knows where he’s going—whereas Arlo actually zigzags.”

His siblings, sister Libby and brother Buck, are bigger than Arlo from the very beginning. Work and chores around the farm seem to come easily to them, which only shines a brighter light on Arlo’s inabilities. Arlo desperately wants to impress his family, but finds himself falling short time after time.

“Poppa gives Arlo a job—a mission to earn his mark,” says Sohn. “Arlo is tasked with catching a critter, a pest who’s eating the food they’ve stored for the winter. At last, Arlo has a chance to prove his worth. But in the end, he can’t do it. He can’t kill this creature he’s captured, and he sets it free, much to his father’s disappointment.”

Poppa’s subsequent tough-love lesson turns tragic, and Arlo has trouble coping. “He blames the critter for everything,” says Sohn. 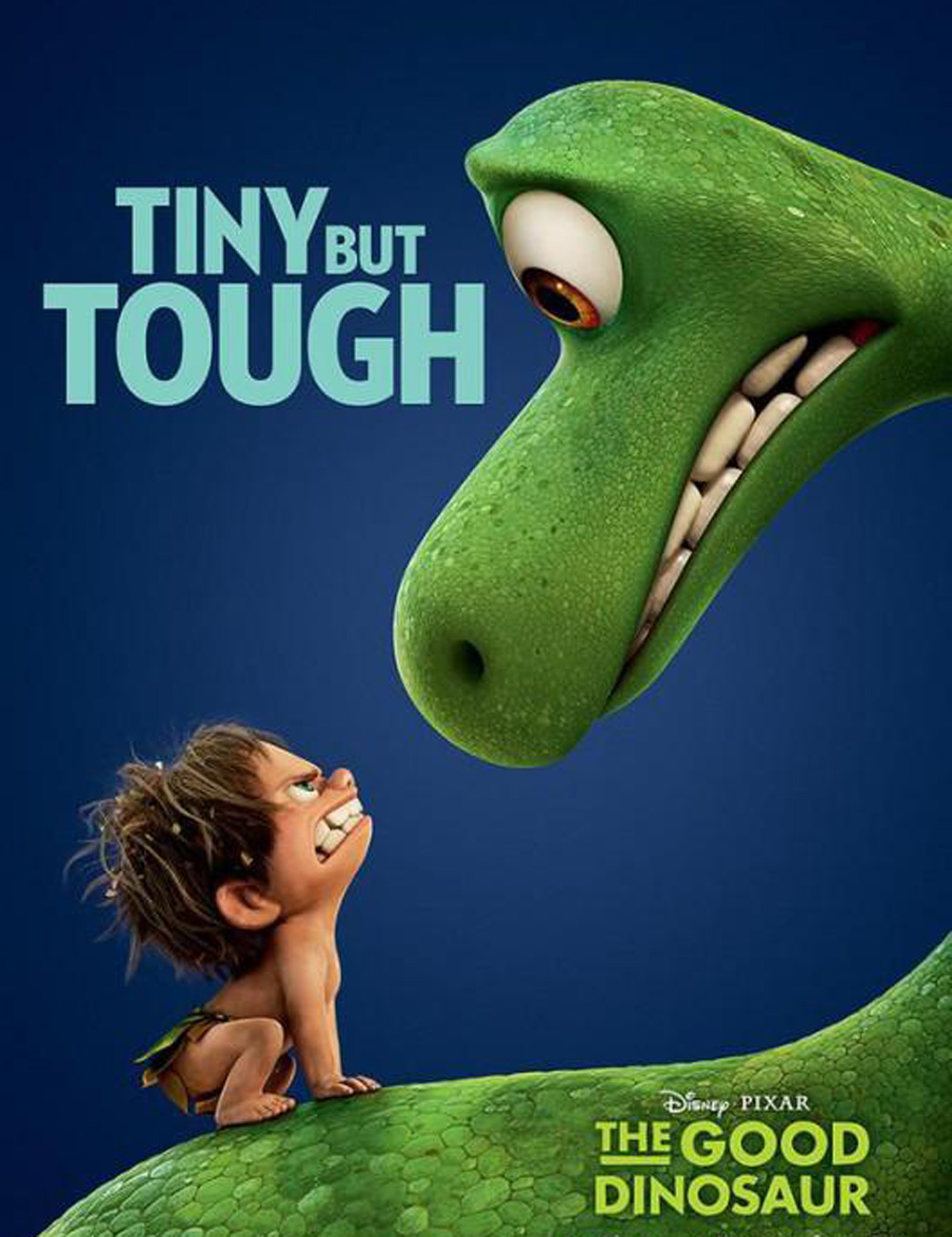 Arlo‘s anger ultimately results in a major misstep that leaves him lost and far from home. His chances for survival are dubious until an unexpected ally shows up and lends a hand. The critter, later dubbed Spot, doesn’t venture far from Arlo—despite the dinosaur’s angry feelings about him. “Spot is really the opposite of Arlo,” says story supervisor Kelsey Mann. “He’s incredibly brave, tenacious and resourceful. He’s been out in the wilderness his entire life. So Arlo is forced to lean on Spot for support.”

The unlikely friends embark on an eventful journey through stunning but often unforgiving environments in an effort to get Arlo home. Along the way, they encounter an array of intriguing characters, including a family of T-Rexes. According to Mann, they’re the dinosaur version of cowboys. “They’re ranchers—quiet, intimidating, tough and massive. They play a big role in opening Arlo’s eyes to his fear.”

The T-Rexes were largely inspired by a family in the Pacific Northwest that some of the production team met. Filmmakers were captivated by their way of life after a research trip to their ranch, where they took part in moving cattle on horseback. Says Sohn, “It wasn’t even a about the cattle—though it was thrilling to see hundreds of them eyeballing us. But the way the members of this big family love each other and teach each other made such an impact.”