ReZirb
Home Entertainment Look Into the Whale’s Eye in the New “Heart of the Sea”...

Warner Bros. Pictures has just anchored the new one-sheet art of “In the Heart of the Sea,” the new Ron Howard film starring Chris Hemsworth and based on the incredible true story that inspired “Moby-Dick.”

The latest poster shows a diver dwarfed by the enormity of the giant whale, and the two creatures seem to be engaging on a fierce staring contest.

In the winter of 1820, the ship Essex was assaulted by something no one could believe: a whale of mammoth size and will, and an almost human sense of vengeance. The real-life maritime disaster would inspire Herman Melville’s Moby-Dick. But that told only half the story. 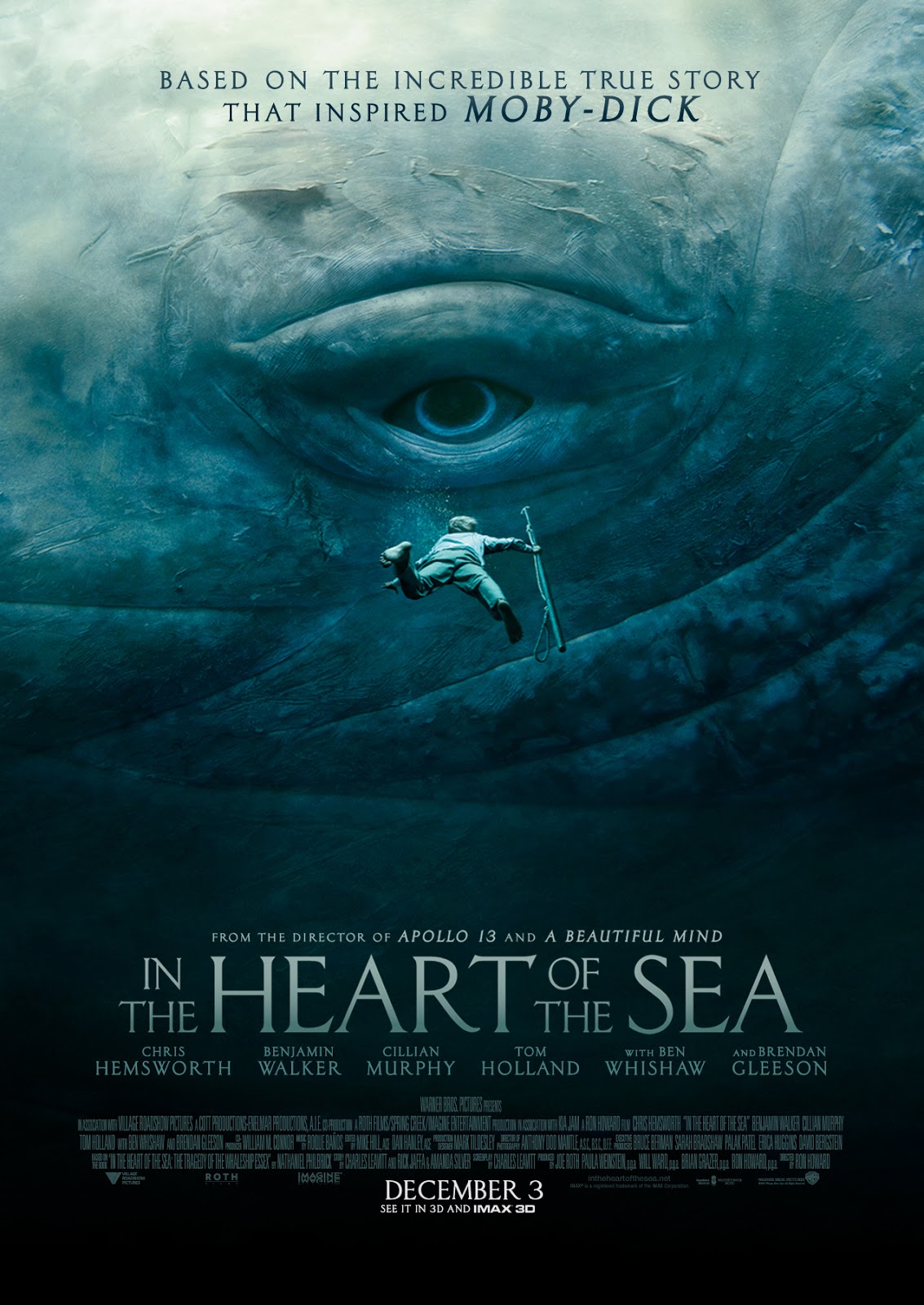 “In the Heart of the Sea” reveals the encounter’s harrowing aftermath, as the ship’s surviving crew is pushed to their limits and forced to do the unthinkable to stay alive. Braving storms, starvation, panic and despair, the men will call into question their deepest beliefs, from the value of their lives to the morality of their trade, as their captain searches for direction on the open sea and his first mate still seeks to bring the great whale down.

“In the Heart of the Sea” stars Chris Hemsworth as the vessel’s veteran first mate Owen Chase; Benjamin Walker as its inexperienced Captain, George Pollard; Cillian Murphy as second mate Matthew Joy; and Ben Whishaw as novelist Herman Melville, whose inquiries into the event 30 years later helped bring the story to light.