With over 400 million copies in print worldwide, Goosebumps is one of the biggest book franchises of all time. The bestselling series has captured the imaginations of readers for generations. Now, “Goosebumps,” the new film from Columbia Pictures and Sony Pictures Animation, brings the series to life on the big screen for the first time, combining dozens of author R.L. Stine’s famous creations into one hilariously spine-tingling movie, starring Jack Black as the famed writer.

In the film, teenager Zach Cooper (Dylan Minnette), upset about moving from a big city to a small town, finds a silver lining when he meets the beautiful girl, Hannah (Odeya Rush), living right next door, and makes a quick friend in Champ (Ryan Lee). But every silver lining has a cloud, and Zach’s comes when he learns that Hannah’s mysterious dad is in fact R.L. Stine, the author of the bestselling Goosebumps series. 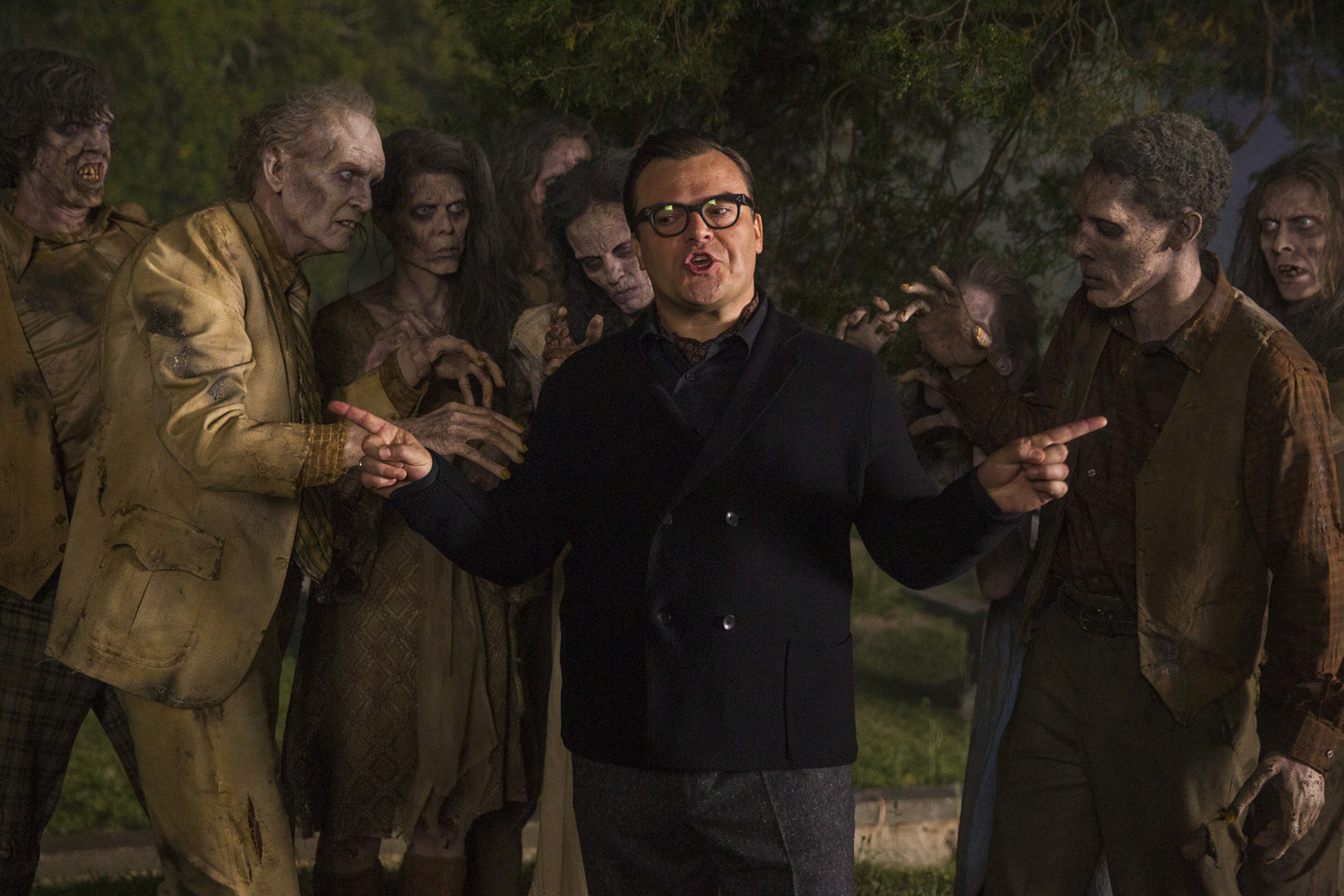 As Zach starts learning about the strange family next door, he soon discovers that Stine holds a dangerous secret: the creatures that his stories made famous are real, and Stine protects his readers by keeping them locked up in their books. When Stine’s creations are unintentionally released from their manuscripts, Zach’s life takes a turn for the weird. In a crazy night of adventure, it’s up to Zach, Hannah, Champ, and Stine to team up and get all of these figments of Stine’s imagination – including Slappy the Dummy, the girl with the haunted mask, the gnomes and many more – back in the books where they belong to save the town.

For producer Deborah Forte, it’s easy to see why the series struck a resonant chord with readers all over the world. “In Goosebumps, it’s fun to be scared,” she says. “The series was full of relatable kid characters who found themselves in extraordinary circumstances topped off by fantastic twist endings that kids love! Goosebumps became a phenomenon which included even the most reluctant readers.” Forte was president of Scholastic Media and EVP of Scholastic, Inc, publisher of the Goosebumps books.

Initially, the filmmakers – including director Rob Letterman, Forte, and producer Neal H. Moritz – faced a dilemma: with nearly 200 different Goosebumps books to choose from, which book to adapt? The answer came as the filmmakers cracked the code: they would put dozens of Stine’s most famous creations into one film, with Stine himself at the center. “We wanted to create a bigger experience than the books or the television show,” says Forte. “The script needed to capture the true essence of the Goosebumps books, but also deliver a big movie ride for the audience.” 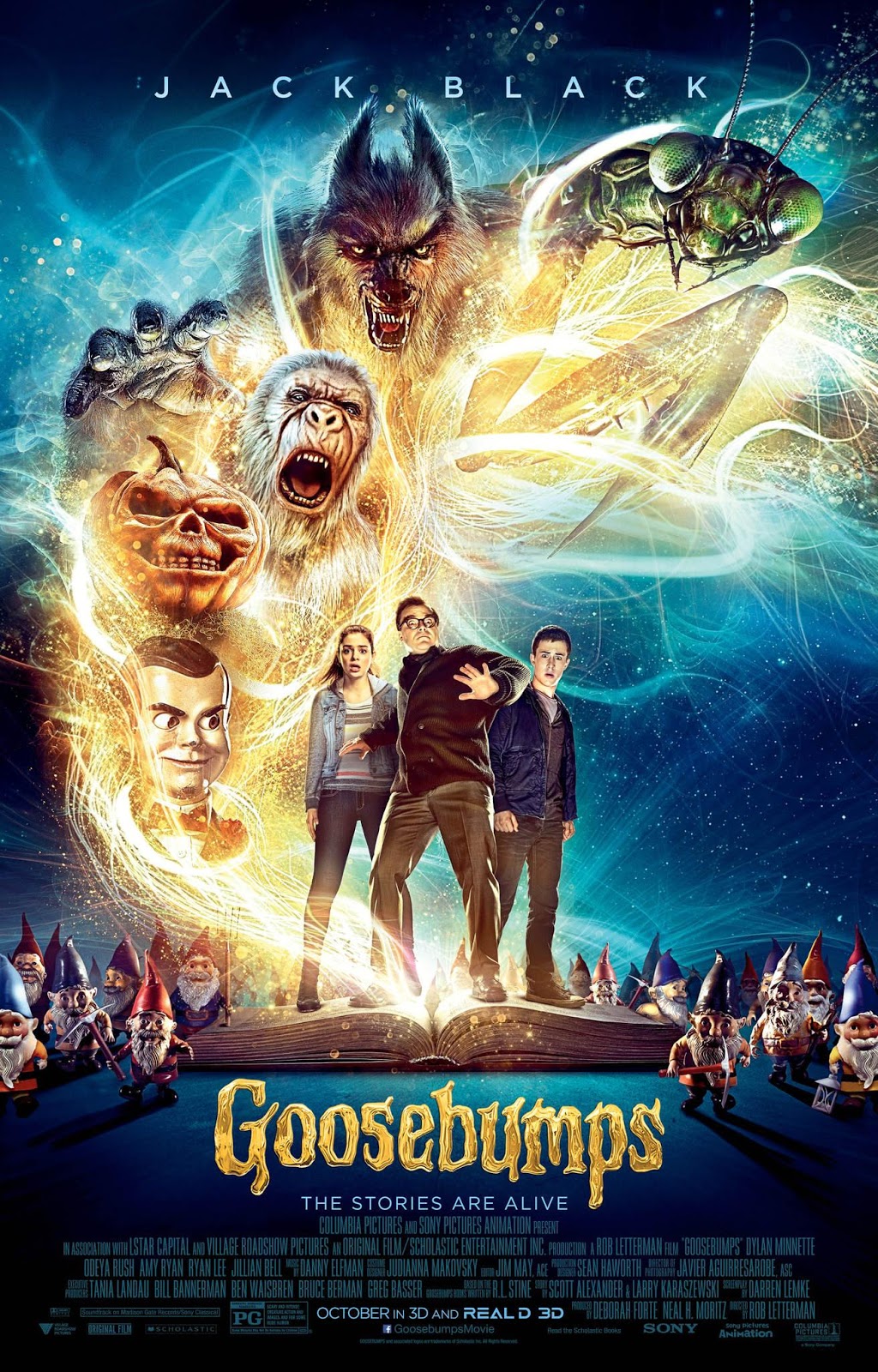 That true essence of the books required threading the needle on the tone that struck a chord, over and over again, in hundreds of books. “The books are scary, but not too scary; they’re fun, but not over-the-top,” says Moritz. “We wanted a story that kids could relate to, and have fun with Jack Black playing R.L. Stine. Jack has a quality that makes everyone comfortable.”

“That combo of funny and scary goes so well together – they’re like peanut butter and jelly,” says Black. With that in mind, the filmmakers’ sought to emulate the books’ perfect mix of the right amount of a fun adventure, and the right amount of thrills. And Black says that no less a source that R.L. Stine himself told them so. “When we first met with R.L. Stine, that was his one word of advice – to stick to that tone. He loved the script, he loved that I would be portraying him, and he gave us his blessing.”

“That was the most important thing to me – is there the same blend of scares and humor that we have in the books? Does it match? It has to have laughs and it has to have twists and turns,” says R.L. Stine. “I’ve always called the Goosebumps books ‘safe scares,’ because kids know what to expect. They’re going to be safe the whole way, while having these creepy adventures. So, I was so happy when I read the script and it felt just like the books.”

Catch the Shopee Payday Sale TV Segment on Eat Bulaga and Wowowin for a Chance to Win ₱50,000 Cash Prize

Complete Your OOTD Look with These Stylish Yet Comfy Shoes from...