Brothers Jimmy “Whitey” Bulger and Billy Bulger grew up in the same house in the South Boston projects and ended up at the top of their respective games, albeit with very different rules.

Billy Bulger’s game was politics. College educated, his career trajectory was the polar opposite of his criminal brother’s, taking him all the way to the presidency of the Massachusetts State Senate.
Oscar Best Actor nominee Benedict Cumberbatch plays the role of Billy, in Warner Bros. Pictures’ new thriller “Black Mass.”

Cumberbatch says that the dichotomy between the two brothers was an intriguing angle to pursue. “Billy Bulger was a very powerful political figure for many years in the State Senate. If you wanted anything done, you went through him. And then, on the other hand, he’s the brother of Whitey Bulger and is fatefully entwined with quite possibly the most infamous criminal of the 20th century. It’s a fascinating divide.”

Johnny Depp, who plays Whitey, agrees. “Billy went his way and became this very highfalutin’ politician, and Jimmy went his way and ended up a king of the underworld. Yet they visited their mom and were a close family even though they were on distinctly different sides.”

Cumberbatch says the opportunity to collaborate with director Scott Cooper was one of the things that attracted him to the project. “Scott is an incredible magnet for actors and the work I’d seen in his previous films immediately made me want to see what the game was about. He was an actor, so he comes from a place of complete empathy for what you’re doing in front of a camera and knows how to get the best out of a scene. He revels in naturalism—that’s his hallmark as a director—so it was a joy working with him on the more intimate moments, the stuff you really enjoy sinking your teeth into as an actor.”

Cooper says, “Benedict was brilliant as Billy Bulger; he fully embodied that character. He is much taller than the actual person, but you never even think about the physicality of his performance because he really understood the heart of this man and who Billy was to his community. Benedict watched hours and hours of footage and was very specific about the way he carried himself as Billy and the way he spoke, which was different from his brother. It was very clipped and bespoke a man of high education.”

That research was vital to Cumberbatch, who relates, “There is an added responsibility playing real people. You’re not there just as a storyteller; you’ve got to take into account that these people exist. And how much of that do you sacrifice for the sake of creating a movie? Films are very potent because they do become a kind of history—they form a sort of modern oral history in the sense that they are a way in which we pass these stories and characters on to future generations. So you have to take care…you have to take real care.” 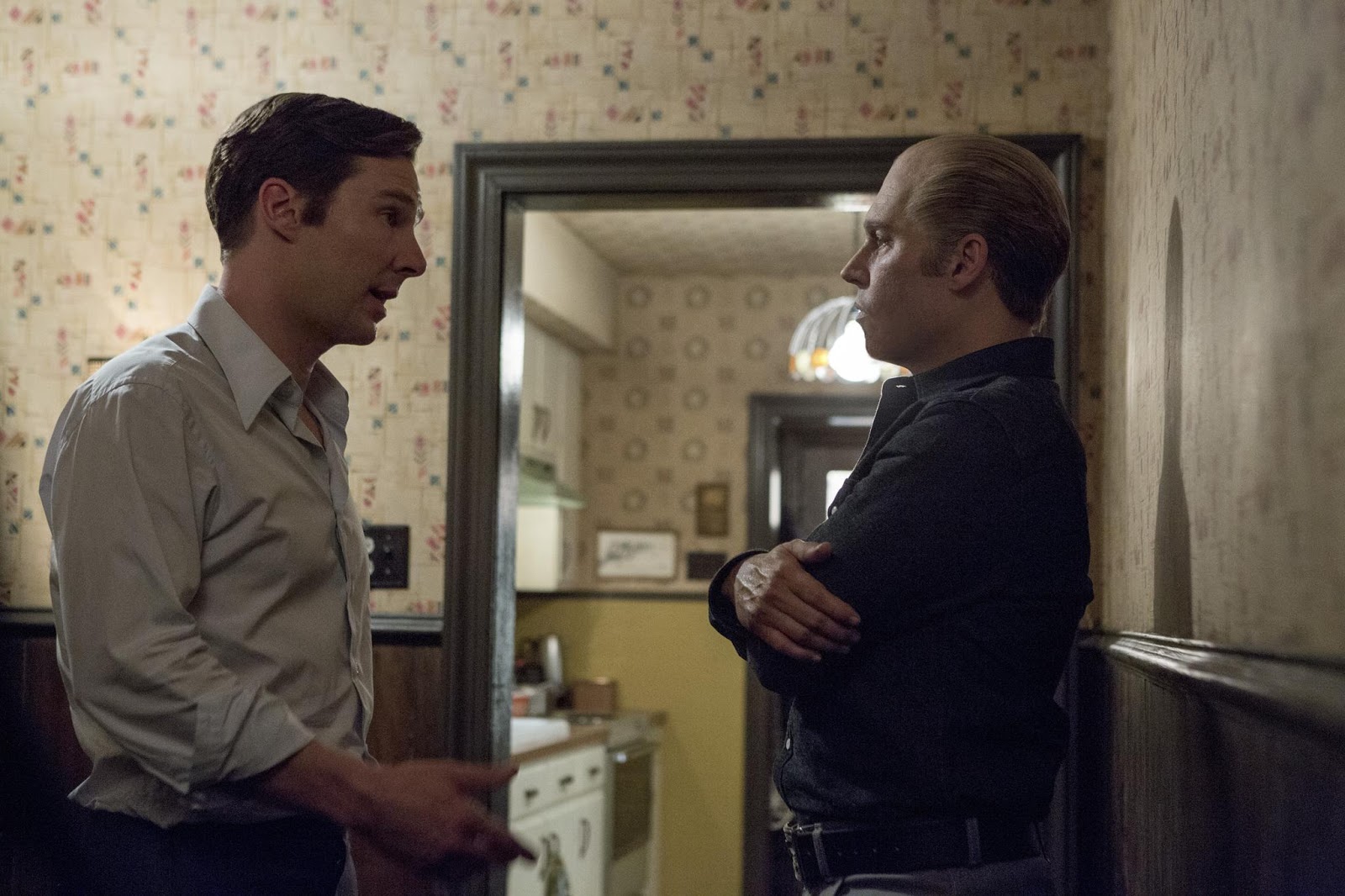 Cumberbatch describes his character as “an extraordinary human being who personifies an old-school, hard-edged, Irish-American political era. He’s a fiercely intelligent and erudite man who’s imbued with a lot of power, but he’s struggling to exist between a rock and a hard place. You see his love for his brother as well as his duties as a civil servant. It’s a great tension to play in a character. What we tried to do was deal with the private relationship and try not to suggest whether Whitey was protecting Billy or Billy was protecting Whitey. We left that alone and just focused on the fact that they were two brothers who loved each other very deeply and let the audience come to their own conclusions.”

Mirroring their relationship in the film, Depp says he and Cumberbatch “became like brothers. He’s a very giving actor and went above and beyond. You could see his heart, you could see him carrying that sense of loyalty and the love between Billy and Jimmy.”