In the film, the introverted and mysterious Lucille grew up quarantined at her ancestral home, Allerdale Hall. She shared what little love she knew with brother Thomas (Tom Hiddleston) and spent her days playing the piano and collecting moths and butterflies she found around the manor. She finds herself jealous of her brother’s attention for other women and protective of their familial connection. Lucille’s obsession leads her to foster the darkest parts of her humanity, and her conniving schemes hold Thomas hostage to the past. 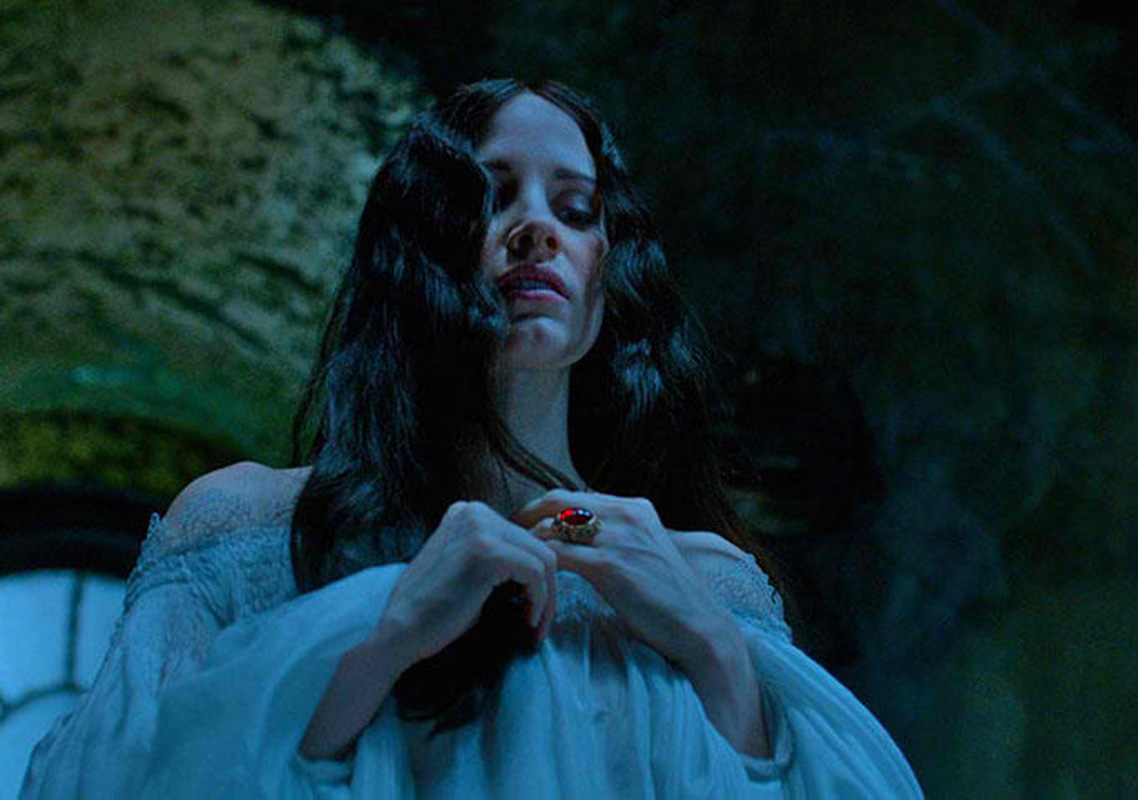 Del Toro had met Chastain while producing the supernatural thriller “Mama,” in which she played the lead role. The actress has risen to stardom playing a wide range of characters, no matter how challenging the role, and her commitment has not gone unnoticed. Producer Callum Greene recalls seeing Chastain in the first rehearsal for “Crimson Peak.” Says the producer: “She added something to that scene that caught us all by surprise and showed immediately her desire to envelop this character 100 percent.”

Chastain fell in love with her character, despite Lucille’s “bad qualities.” She sees her as a woman who “does everything she does for love. She’s very simple in that way.” She plays the piano, loves to read, loves her brother and prefers the solitude of her home because “in her history, she’s been hurt.”
As Lady Sharpe is shrouded in mystery to the audience, del Toro provided the actress with an in-depth character biography, which Chastain used in preparing herself. Having del Toro craft the character gave the performer and the director a shared history. She says: “When I made choices on set, he saw why I was making the choice because he knows Lucille’s history.” 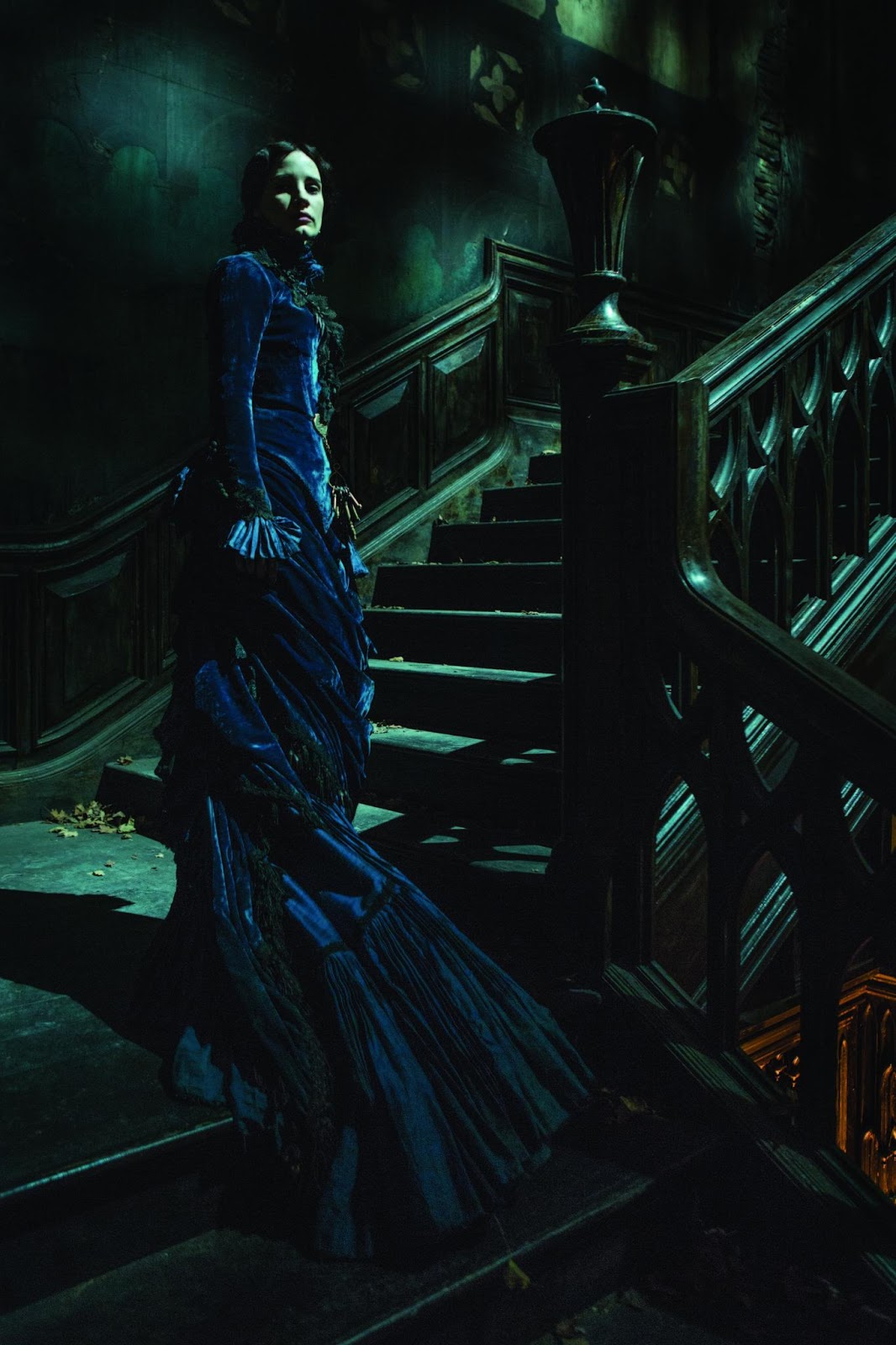 Set in the year 1901, “Crimson Peak” is given a stylized, contemporary gothic feel through del Toro’s mesmeric visual style. Audiences will be swept away to a terrifying destination like no other, where the snow bleeds red and every corner hides a phantom that will linger in the mind long after the film is over. 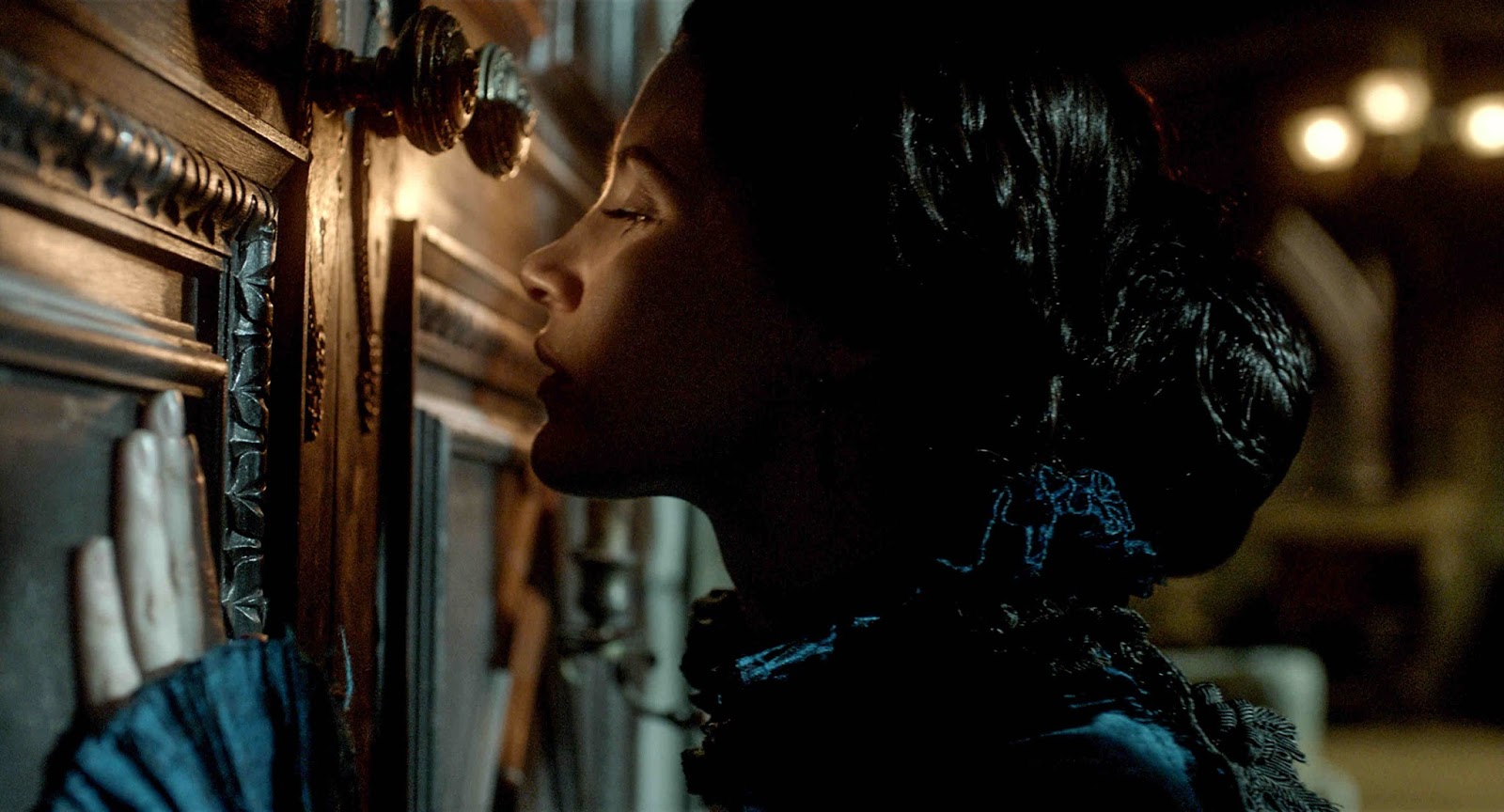