Amplifying and transcending every rule in the action genre, the latest ultra-stylized action film “Hitman: Agent 47” introduces the latest assassin-hero to root for with Rupert Friend in the titular character along with Hannah Ware and Zachary Quinto.

Friend, known to worldwide audience in the Emmy- winning Showtime series “Homeland” as Peter Quinn dons the suit of Agent 47, the titular elite assassin based on the popular video game of the same name. A complete reboot, “Hitman: Agent 47” brings together an iconic anti-hero, an empowered and surprising female protagonist, and a seemingly unstoppable antagonist, in a thrilling story spanning the globe. Friend’s Agent 47 has unexpected character shadings that transcend his profession as an elite assassin who remains a fiercely independent figure that moves in the shadows and has incredible tools and weaponry at his disposal. But 47’s defining quality is not his martial skills, but his humanity. The titular character’s impact on, and importance to, the legions of fans who’ve followed his exploits across several media, did not go unnoticed by producer Adrian Askarieh, who initially came up with the idea of bringing Agent 47 and the Hitman video game franchise to the big screen. “With this all-new film, we’ve stayed true to the character and his world, while expanding that world in a very real and grounded way,” he explains. “We employ a gritty style that brings 47 into the ‘real world,’ if you will.”

“Hitman: Agent 47” is directed by Aleksander Bach, a noted commercials director making his feature film debut, from a screenplay by Skip Woods (“The A-Team”) and Michael Finch (“Predators”) and a story by Woods.

Friend, Quinto, Ware and the rest of the cast and crew certainly put their trust in director Aleksander Bach, whom Quinto says “has a real vision, and he gets the emotional component of the story, as well as the incredible action and visuals.” Adds Friend: “Ale has a real sense of the soul of the action. With him, it’s never just about flashy visuals.” 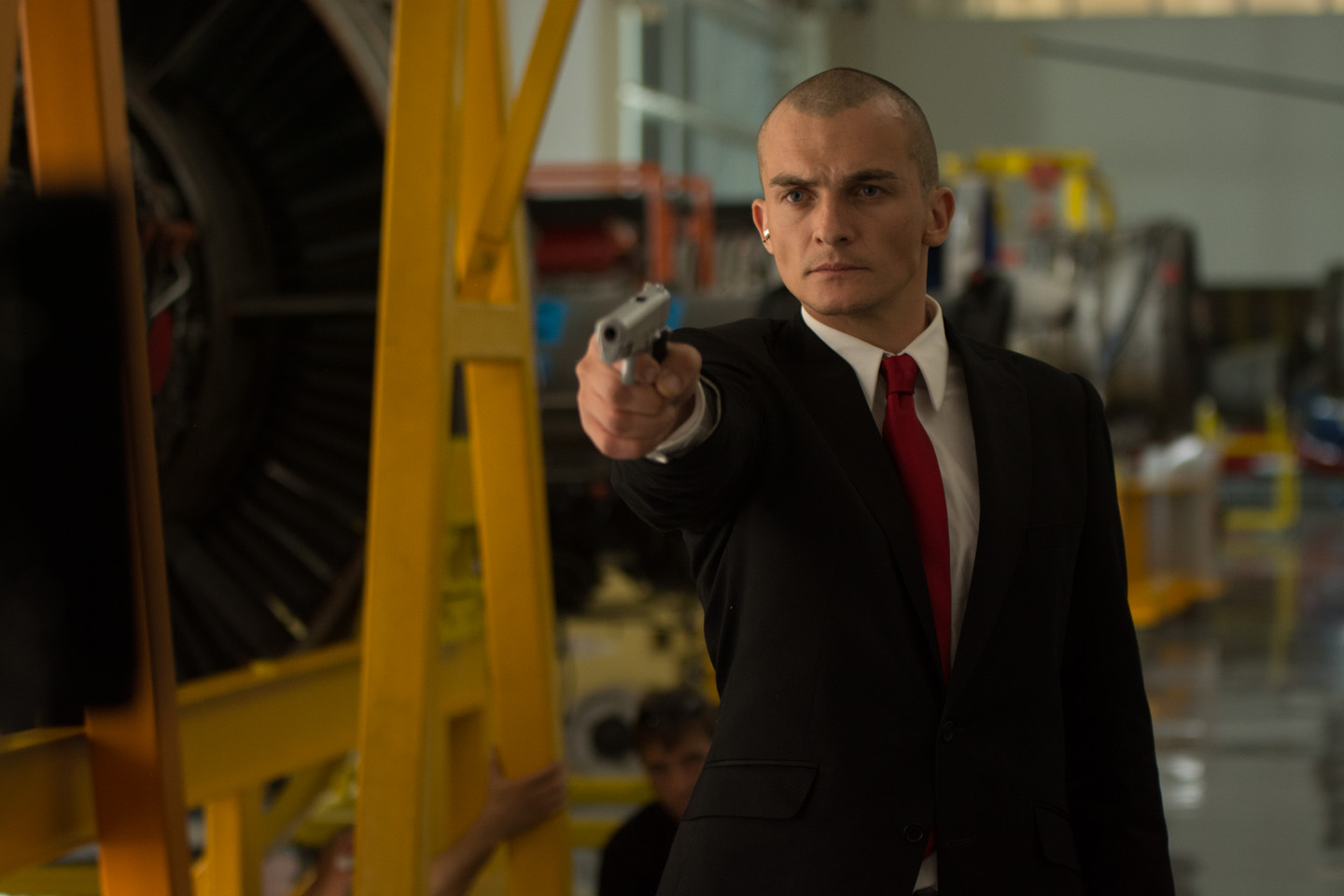 Bach landed the assignment – his feature directorial debut – after submitting a sizzle reel that outlined his vision for the movie. “We were already impressed with Ale’s commercial work, and were eager to talk with him about directing the film,” remembers producer Charles Gordon. “And then this terrific reel he prepared sealed the deal. It focused not just on action, but on the characters and emotion. It was quite a selling tool. We all immediately said, “Let’s go with this guy!”

Also, according to producer Alex Young, the reel was “exactly what we had hoped for, and once production began Ale proved to be a masterful storyteller as well as a great visual stylist.” Bach’s vision for the film’s visuals encompasses a merging of what he calls “the slick and the gritty.” The “slick” defines the film’s spectacular action set pieces, including helicopters flying into buildings, visceral car chases and exploding jet engines. He says the “grittiness” stems from experiencing the strength in the characters – “when the guys are fighting, they’re really fighting,” he elaborates. “Audiences will really feel it – like you’re in the middle of the battle.”