Downton Albuquerque, New Mexico – has been turned into the scavenged den of a group of survivors throwing the last party on Earth, as part of the production of “Maze Runner: The Scorch Trials” based on the bestselling YA book series by James Dashner.

In the continuing and heart-stopping action adventure of the Gladers in “Maze Runner: The Scorch Trials,” the production design team have gone to great effort to make the set look like a reveller’s trash can. “This is where you get to see what society is like in a world ravaged by disease,” says producer Wyck Godfrey, who also produced the highly successful young adult film saga “Twilight.”

The first “The Maze Runner” movie opened in the US on September 19th, 2014, as part of a global rollout that would see it clock up box office receipts in excess of $340 million. With barely a chance to stop and take a breath, its cast, including Dylan O’Brien, Kaya Scodelario, Ki Hong Lee and Thomas Brodie-Sangster, and its tireless director Wes Ball, have gone from press tour to production, charging ahead with plans to adapt all of James Dashner’s bestselling series to the big screen. 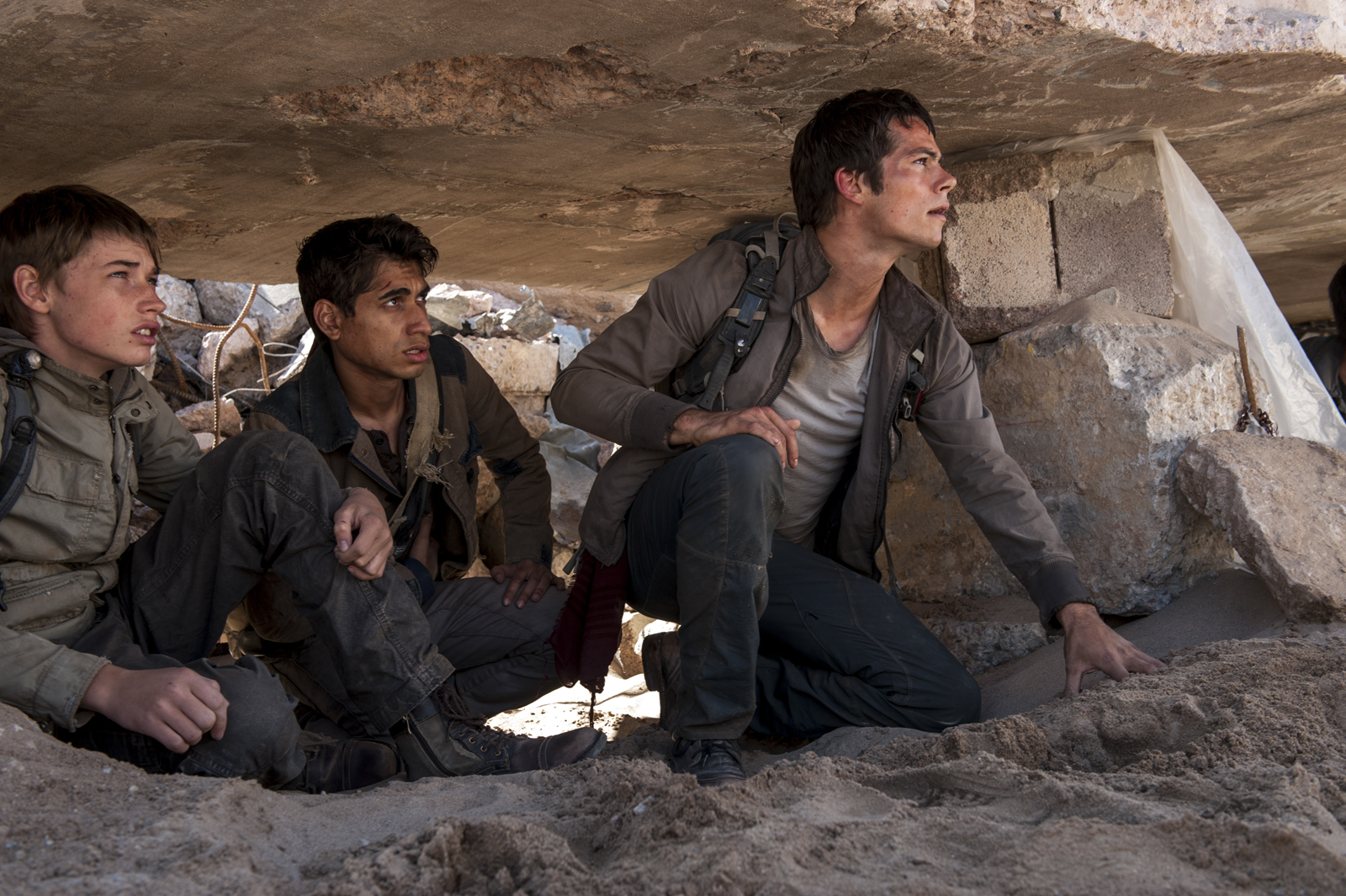 “When I made Twilight we shot five movies in three and a half years,” notes Godfrey. “If we learned anything it’s that a young adult audience, once they’ve hooked their teeth into something, they want it every year. When we started to see the early cut footage of The Maze Runner, I went to the studio and said, ‘Let me start on the second one. Let’s bet on success.’”

Indeed, anyone who has seen the first movie will know that the Gladers are no longer in the maze. Now they’re out in The Scorch, the ruined Earth from which they were being hidden in The Maze Runner. But while the Maze Runners no longer have their maze, there’s still plenty to run from.

“This movie is much more of a physical journey,” notes Godfrey. “You come to understand The Flare; what’s happened to the Earth and why it’s like this. What is the disease that has ravaged it? You also come face to face with the results of that disease – infected people, who are known as Cranks.”

In “Maze Runner: The Scorch Trials,” Thomas and his friends, life in The Scorch means a whole new set of challenges to face. For Dylan O’Brien, who returns to the role of Thomas, the biggest question for his character is whether he did the right thing by challenging the status quo and leading the Gladers out of the maze. Is freedom in The Scorch worth it? Were the Grievers that terrorised the Glade in the first film the least of their troubles? 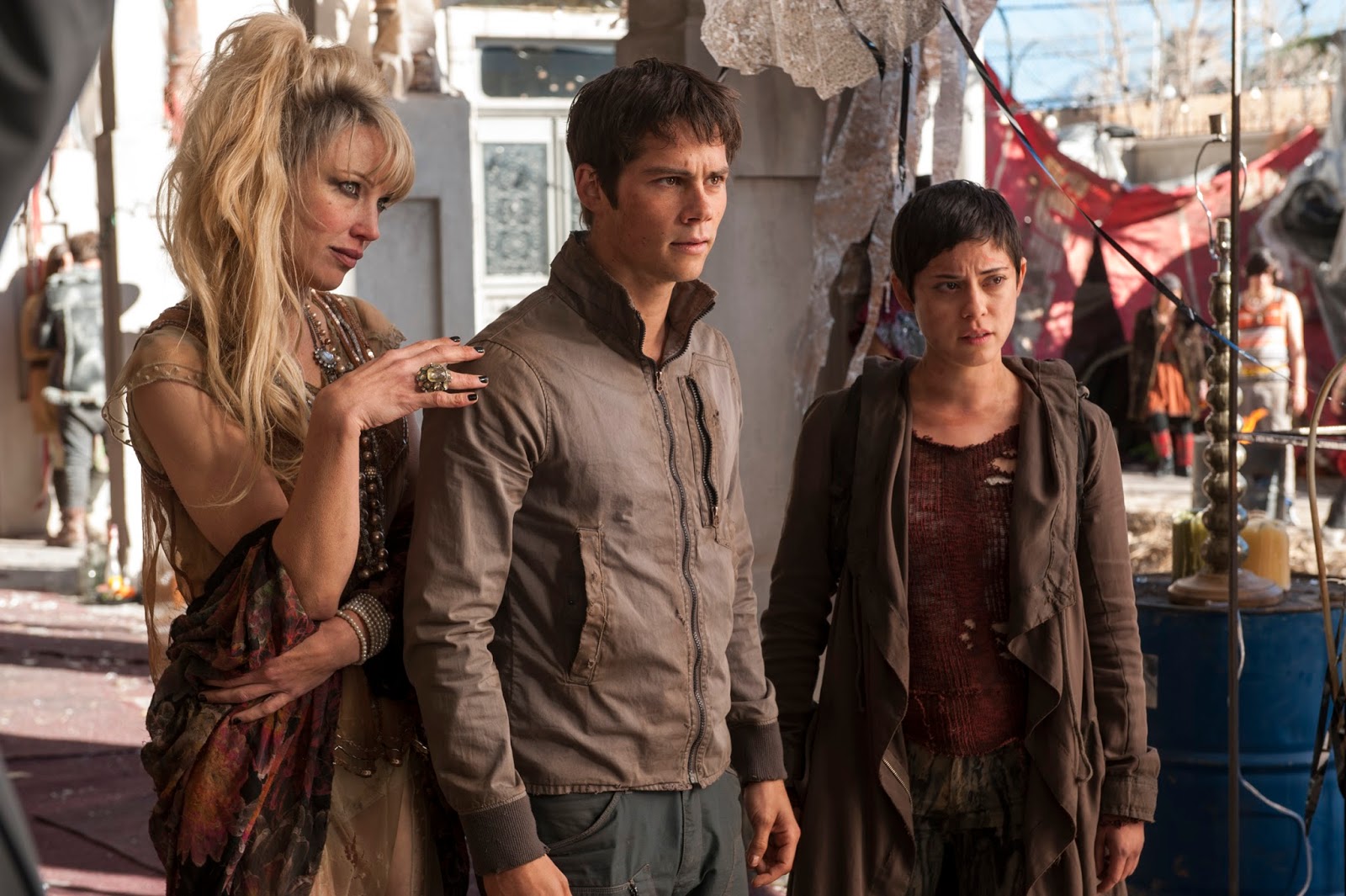 “Thomas thought it was over,” notes O’Brien, during a rare moment of pause. “Actually he’s finding out it could be worse. He led them out of the maze – and they’re out, having lost some of their own – but the fact is it’s not what they thought at all, and it’s weighing heavily on him. That does something to a person’s mind, I think.” He continues: “The challenge is, it’s not just the maze and the Grievers, and just solving one thing anymore. They’re kind of lost, and it’s interesting because while they don’t have to stick together anymore – they’re not confined to the same space – they do stick together.”

With more information about The Scorch – and WCKD, the mysterious organisation that wiped their memories and put them in the maze to begin with – the Gladers will each start wondering about their place in the world. Out in the real world, the Gladers also meet a plethora of new characters – some friendly and some not so friendly – whose experience with The Scorch means they often have the upper hand.

Returning key cast Thomas Brodie-Sangster sums up the pitch for “Maze Runner: The Scorch Trials,” “We’re a travelling movie now,” he explains. “The first one, they were trapped and confined. Here, there’s a feeling of vastness and space, but they’re very lost. It’s a whole different world.”

“Maze Runner: The Scorch Trials” opens nationwide in the Philippines on September 9 from 20th Century Fox to be distributed by Warner Bros.