Guy Ritchie’s “The Man from U.N.C.L.E.” is a fast-moving, action-packed, sexy and stylish international adventure, shot through with humor, that is as much about the rocky relationship between two sparring superspies – Napoleon Solo (Henry Cavill) and Illya Kuryakin (Armie Hammer) – as it is about the job they have to do.

“It’s a zone I find fascinating, the way men interact with each other,” says Ritchie, who directed, produced, and co-wrote “The Man from U.N.C.L.E.” screenplay, based on the hit 1960s TV series of the same name. “Even going back to ‘Lock, Stock and Two Smoking Barrels,’ I’m drawn to that male-to-male dynamic as kind of a genre unto itself.” 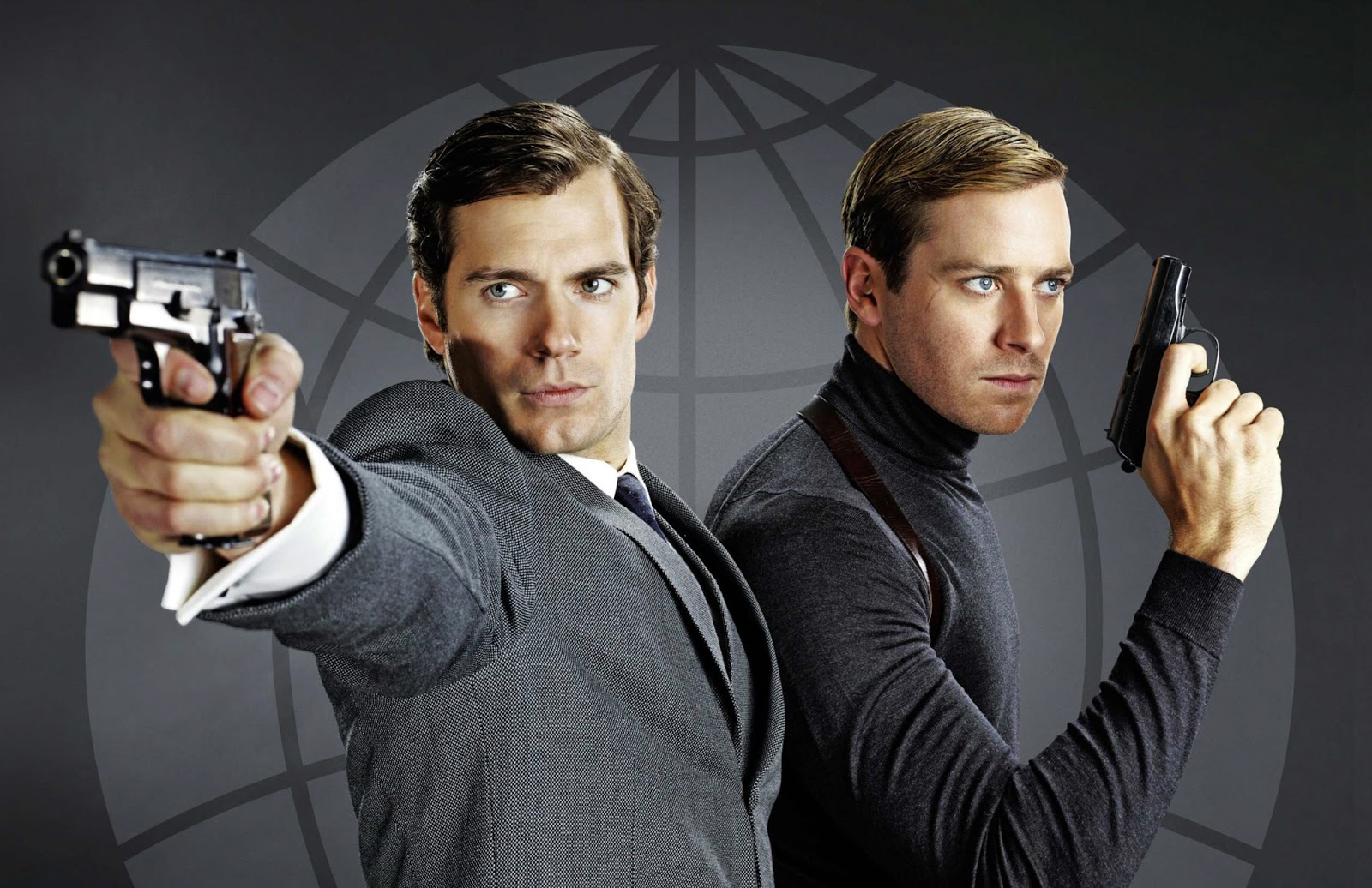 Dynamic would be the word for it, as the first time elite CIA operative Solo meets his formidable KGB counterpart, Kuryakin, they are trying to kill each other. Each has been sent to extract the same vital German asset from behind the Berlin Wall at the height of the Cold War, and taking out the competition in the process would just be icing on the cake.

Days later, after being informed by their respective handlers that they will now be working together on the case, killing each other is unfortunately – albeit temporarily – off the table, leaving the sworn rivals to vent their national and professional antagonism in a bare-knuckled, bust-up-the-furniture, “getting to know you” fight designed to convey in no uncertain terms that they might be stuck with this deal, but they don’t have to like it.

So in some respects, it’s a buddy movie…apart from the fact that “they kick the living daylights out of each other as soon as they meet,” says Henry Cavill, who stars as Solo, the suave and often self-serving American agent.

Starring as Kuryakin, Armie Hammer offers the volatile but more conventional Russian’s point of view: “Kuryakin is the ultimate soldier, always in line and giving his best. Then he’s thrust into a position that he hates and there’s nothing he can do about it. This guy he’s working with, this Napoleon Solo, he’s so unorthodox. He doesn’t follow the rules. He doesn’t even seem to know there are rules.” 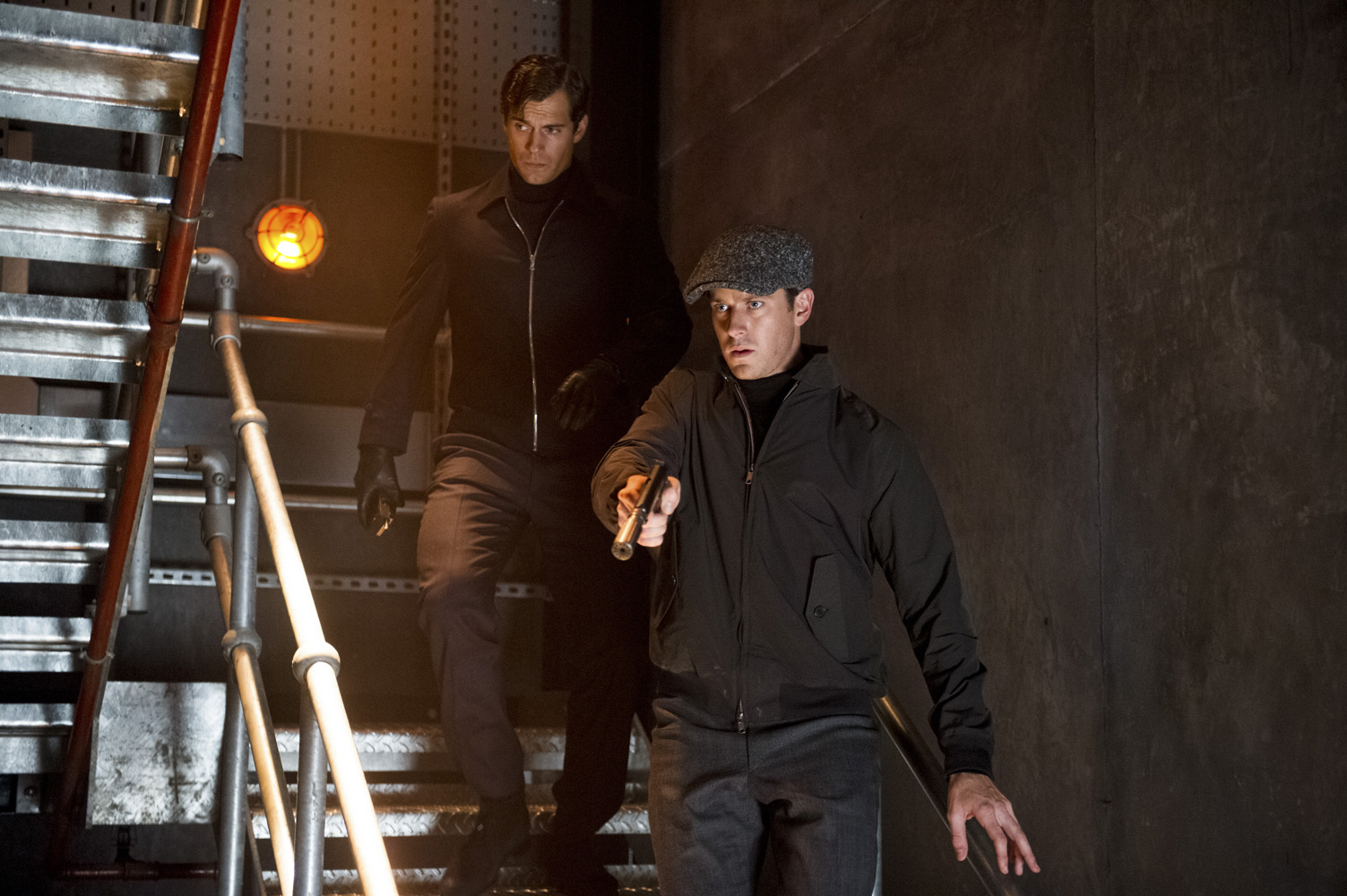 “What we found so irresistible,” says Ritchie, “was taking these polar-opposite agents and forcing them together so that they start out trying to annihilate each other and end up cooperating, but maybe still not entirely trusting each other. The story is largely the evolution of their collaboration. The fact that one represents capitalist America and the other represents communist Russia, and these two super powers have to team up to neutralize a threat with global stakes, is a great premise that you can have a lot of fun with, and that’s really the spine of the story.”

Producer and co-screenwriter Lionel Wigram is reunited with Ritchie following a successful partnership on the equally genre-blurring “Sherlock Holmes” films. “One of the ways we put our own spin on it was by making it an origin story about how U.N.C.L.E. was formed,” he says. “In the series, U.N.C.L.E. already existed. So in the midst of the Cold War you had the CIA and KGB secretly teaming for the greater good at a time when East-West relations were at their absolute worst. How did such an alliance come about?”

Opting to retain the initial property’s Cold War context, with all its cultural and political touchstones, Ritchie says, “It’s a tip of the hat to the series. We wanted to capture the essence and uniqueness of that time while making it immediately accessible to today’s audiences, and as original, attractive and fresh as possible.” The resulting tenor “is both period and contemporary, which feels like a very natural process to me.”