Joining Channing Tatum in Warner Bros. Pictures’ “Magic Mike XXL” are his bros Matt Bomer, Joe Manganiello and Adam Rodriguez who dish out interesting details and insights about the making of the film in the following interview. 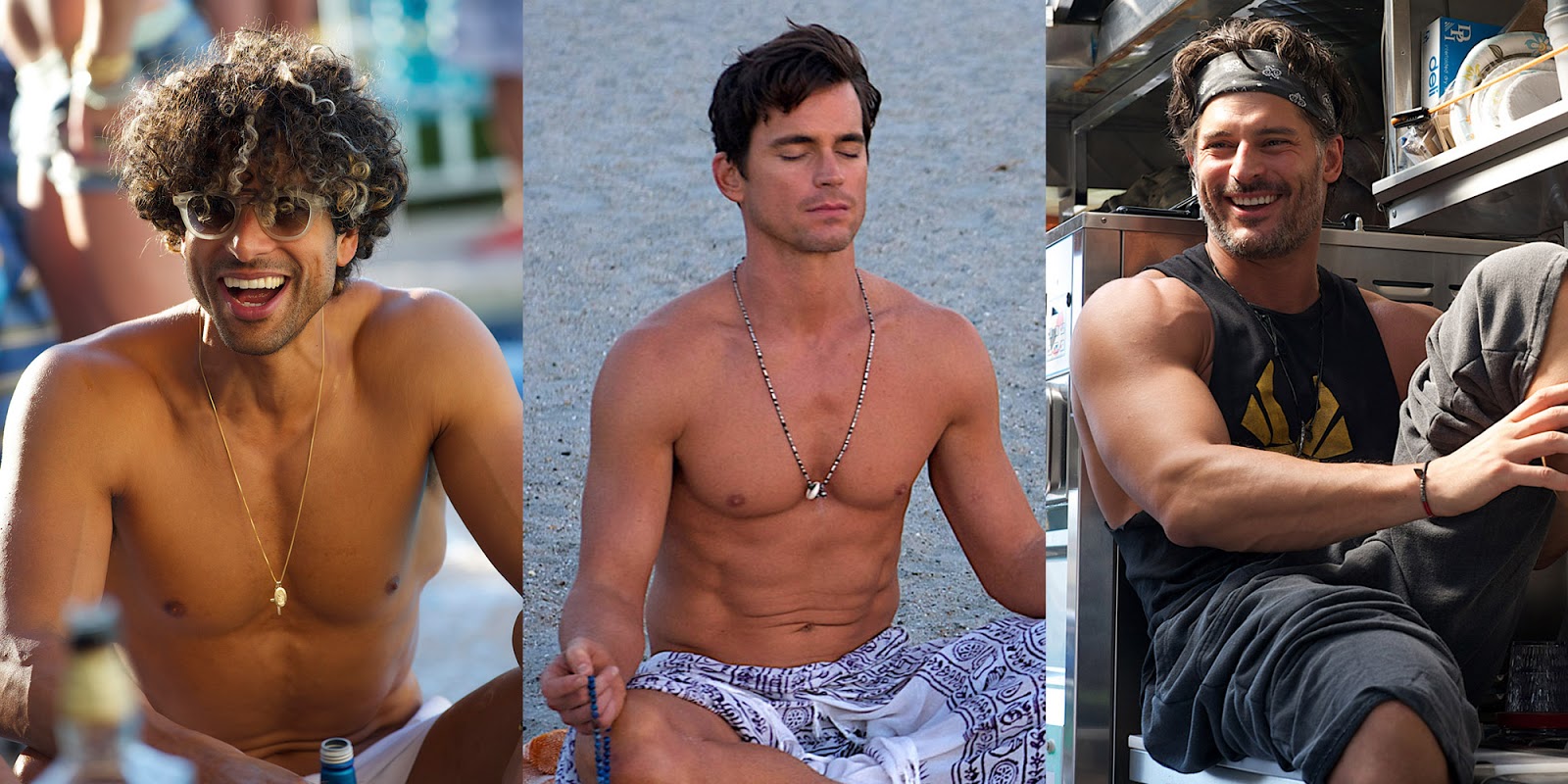 Question: This film looks like it was so much fun to shoot. Can each of you share an anecdote or moment that was particularly memorable for you?

Adam Rodriguez: I can’t get Michael Strahan out of my head. Just baby oil from head to toe. [Laughs] In a tight pair of gold shorts. This Hall of Fame NFL player jumping six feet in the air over a woman on a table that he’s massaging. I don’t know. I can’t get the image out of my head.

Matt Bomer: For me in particular, it was seeing the mini-mart scene with Joe [Manganiello], who I’ve known since we were eighteen, seeing the culmination of all those years just come to fruition in that moment. To me, that was so mind-blowing and epic that I literally just stood behind the camera, just so wanting popcorn or really any carbohydrate to eat while I watched, with my jaw on the ground, just thanking God that this moment happened for humanity. [Laughs]

Joe Manganiello: Well, I’ve known Matt since he was eighteen, and we did come up through drama school together. I mean, Matt is such a humble guy and I feel like sometimes I’m Matt’s agent, kind of hanging behind him, letting people know Matt could sing. And I remember talking to Channing and I was like, ‘You know, you’ve got to get Matt to sing.’ So, I’m so happy that the world will now know, or at least, the audience that hasn’t seen him sing on `Glee’ is now going to know that he killed that D’Angelo song, which is once again not an easy feat.

Q: The movie says a lot about male friendship. Can you talk about why it was important to have the friendship and the love these guys share in the movie?

Adam: We all really made friends that we’ll have for the rest of our lives, and through that, through blowing each other up, there was just a whole lot of gold to be mined. And that came through in the movie just very naturally. I think it’s the skin that gets you in the movie and then it’s the humanity of these characters and their friendships that you actually end up falling in love with.

Matt: I know that early on, [director] Greg Jacobs said, ‘Look, we’re going to get to the end of this movie and at the end, people are going to have tears in their eyes when they say goodbye to these guys.’ And I was thinking, ‘We’re making a male stripper movie here. People are going to be crying in the male stripper movie?’ [Laughs] And sure enough, when we got towards the end, man…whew! That last day was really hard. It was hard to say goodbye to my friends. And I think the ending was smart, too—to go out in this kind of `Diner’-esque way, where you don’t know what’s going to happen on Monday morning with these guys, but you care about them and you’re rooting for them. 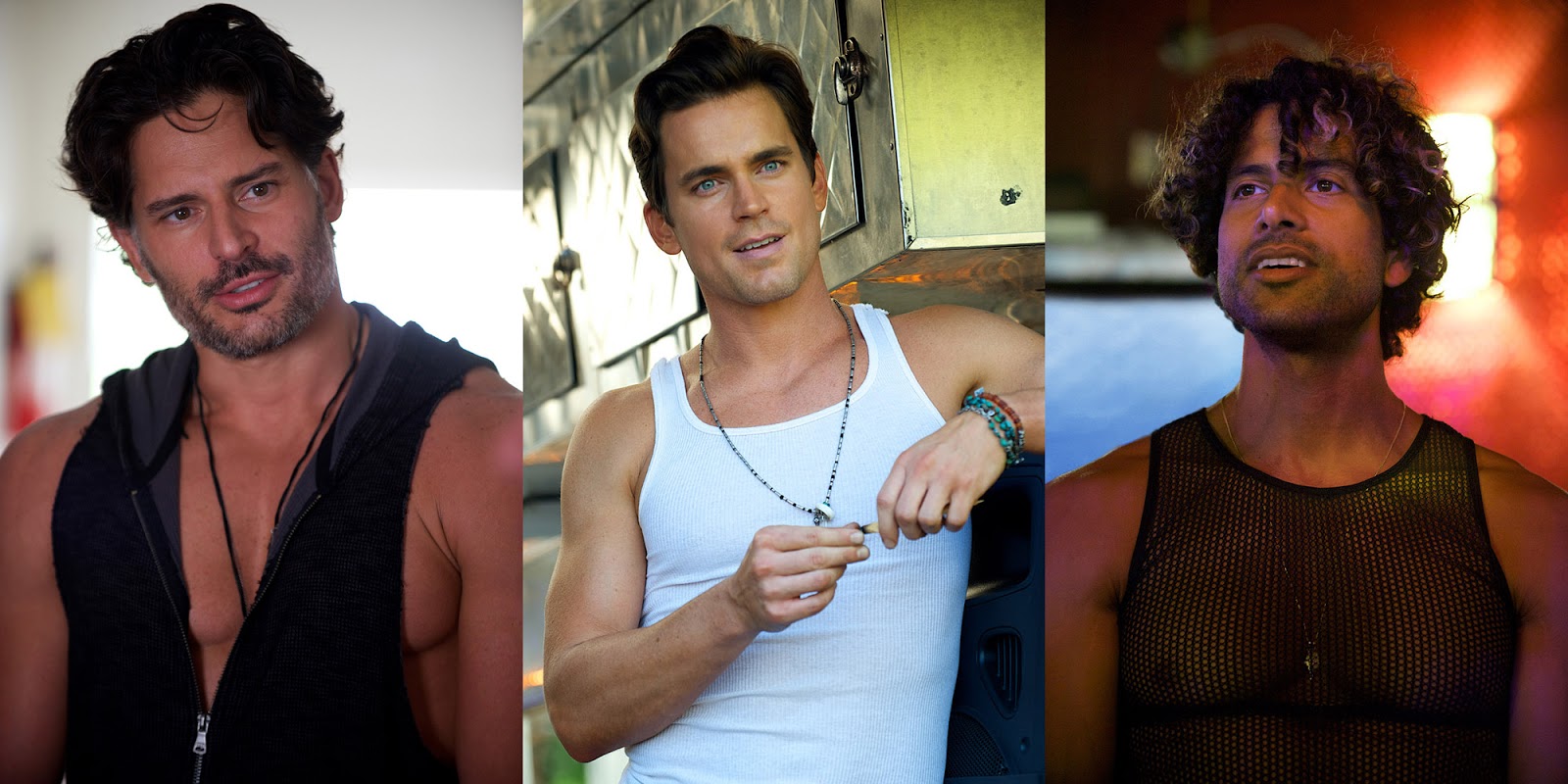 Q: What was it like to perform in front of a giant room full of screaming women?

Adam: To put it in one word: A-W-E-S-O-M-E. Awesome! It was a rush. It was a thrill. You felt like a rock star. In the moment, that scene was probably the most memorable because it was so thrilling. You felt so alive.

Joe: It was electrifying. I haven’t witnessed anything like that. It was deafening. My ears were ringing like I’d just come out of a rock concert. It just makes the hair stand up on the back of your neck. It’s just electric.

“Child 44” Based On The Crimes Of Real-Life Serial Killer Andrei...