Award-winning actor Michael Douglas has shown his versatility in a body of work spanning four decades but in Marvel’s “Ant-Man,” Douglas ventures into new territory when he steps into the role of the iconic Marvel character Hank Pym.

Douglas admits that he wasn’t a comic-book fan as a kid, but after he accepted the role, Marvel sent him hardcover books of Marvel comics and he developed an appreciation of both the art form and one of its master storytellers. As Douglas explains, “The books were beautiful presentations of all of Stan Lee’s work and since then I have become a tremendous fan. I am amazed at what he does. I maintain a fan Facebook page that I’ve had for a couple of years now, and I got a sense of Stan Lee’s power when I did a selfie with him on set and posted it on the page. I got over 100,000 hits. Reading the books really helped me get more of a sense of Hank Pym and the incredible legacy of Marvel comics.” 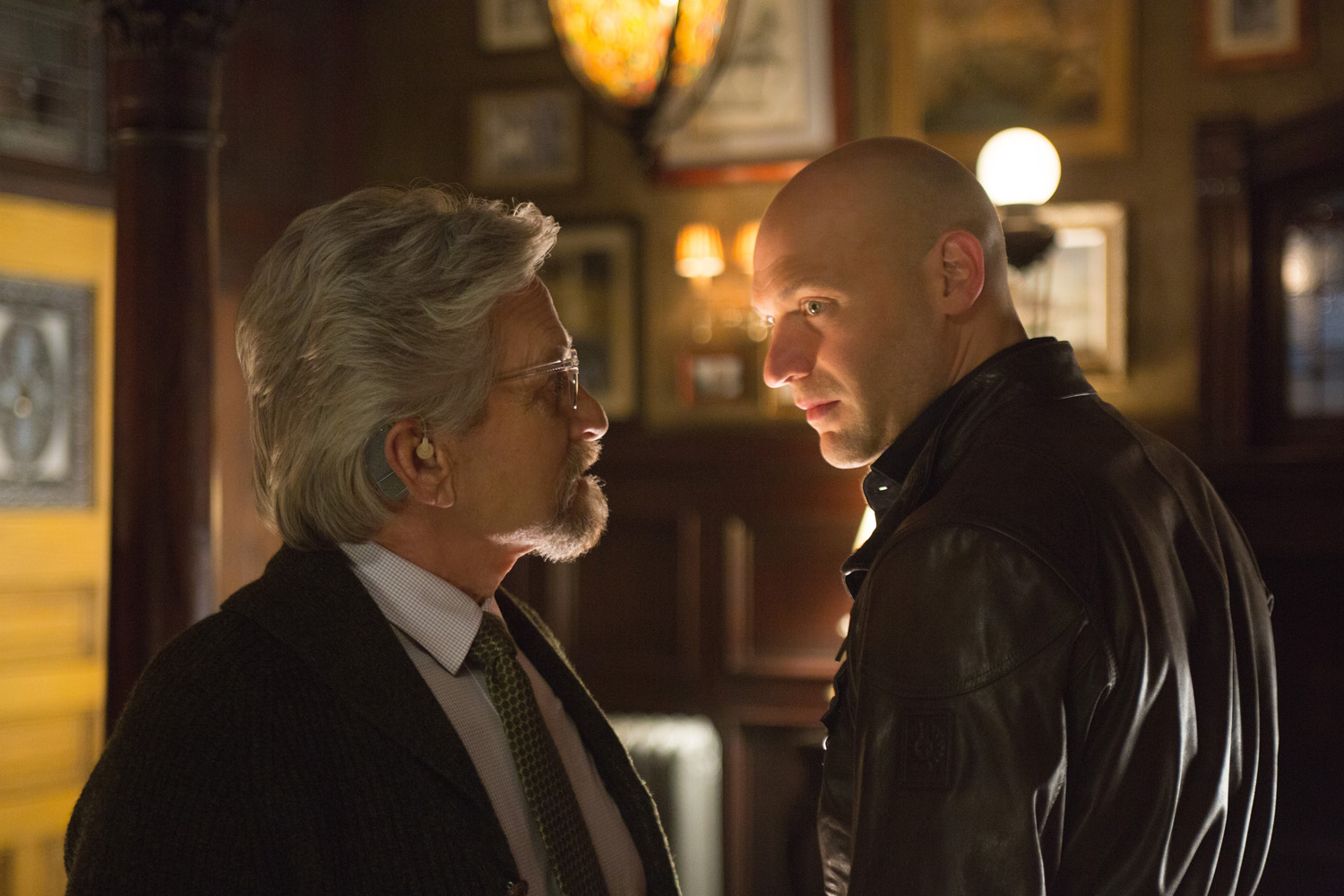 Douglas found the comic books very helpful for researching his character. “It solidified the character of Dr. Pym for me by understanding his background and what kind of scientist he was,” says Douglas. “He did incredible research and developed this incredible serum that allowed a human being to reduce to the size of an ant with human strength and then right back up to full-size again.”

Describing Pym, Douglas offers, “Hank Pym, first of all, has a sense of humor; he’s got a slight tongue in cheek. He likes to test people a little bit and put them on. He’s obviously a brilliant scientist but combined with that he has military-like training in weaponry. Because of situations that exist, he is looking for a person that can take on his role and he picks this recent ex-convict, Scott Lang [Paul Rudd], and now he is going to teach him all the tricks of the trade of Ant-Man.”

Describing what the production will bring to the screen that is new and fresh, Douglas says, “The Marvel audience has seen everything under the sun: other planets, the top of tall buildings, huge space ships. But we’re getting really small here. The macro unit is doing everything from the ant’s point of view and it’s amazing. That macro ant point of view is something you have never seen before. It is suspenseful, exciting and very funny.”

Continuing, Douglas adds, “There are some wonderful moments, especially in the sequences involving Scott Lang’s training.” 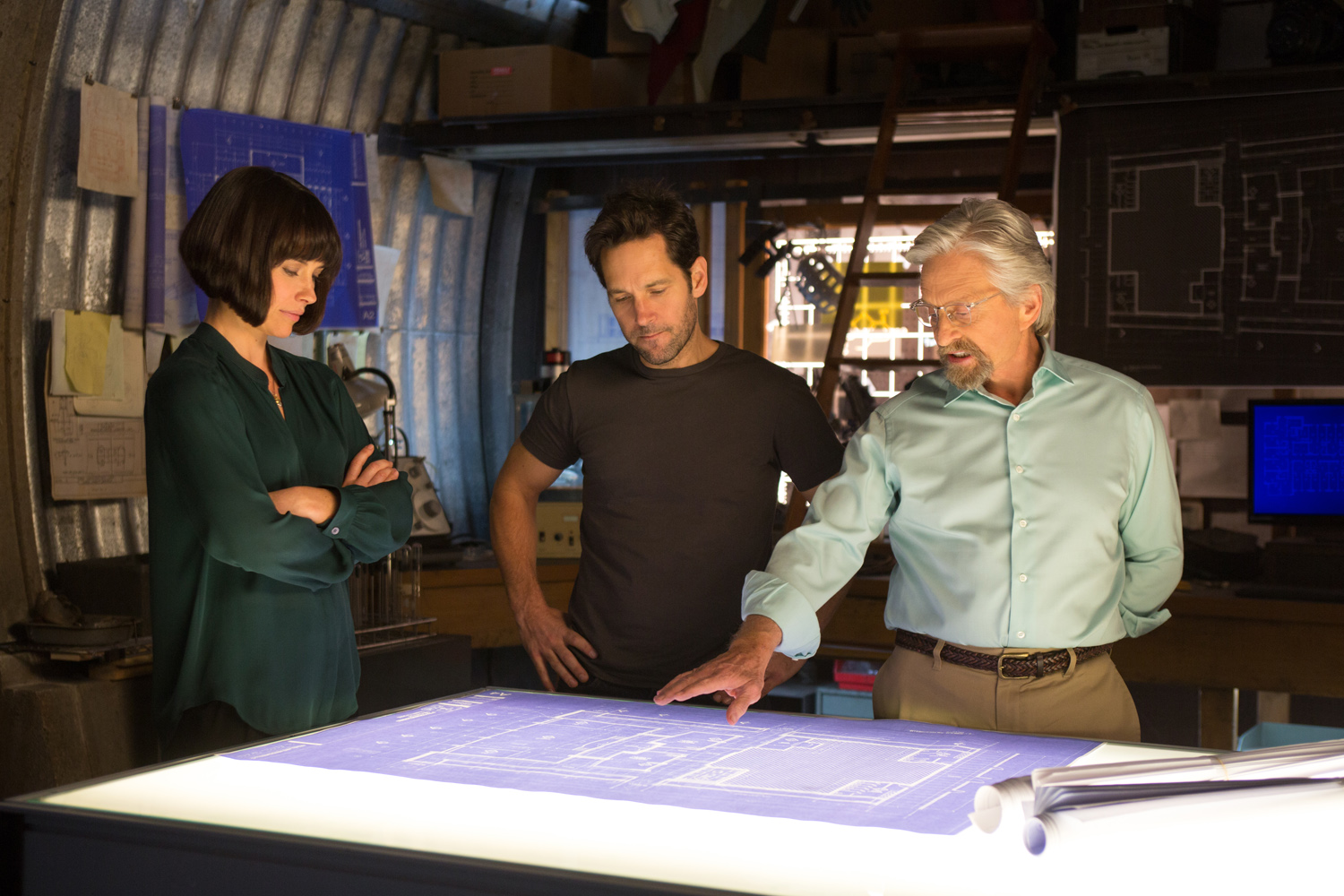 When it comes to humor, Marvel’s “Ant-Man” delivers laughs aplenty. “It’s got a wonderful sense of humor and I always love that,” relates Douglas. “There’s the element of action and comedy and it’s tough to do but I love that mix. Peyton Reed as our director was an excellent choice to maintain that and of course Paul Rudd has good comedic baggage that he brings to it as well. So there’s wonderful humor, yet maintaining the credibility and suspense of the storyline.”

Douglas states that he is looking forward to seeing the completed film and that more importantly his kids are looking forward to it as well. He admits, “Before ‘Ant-Man’ I had no career in my kids’ eyes. I’ve never done a picture as far as they were concerned. Two Academy Awards® meant nothing. Now I’m cool. I am cool to my son and to his friends, too. This is the first time I’ve ever heard my kids say, ‘Can we go to the premiere?’ So they’re going to come.”

Offering a hint of what is in store for audiences when the movie hits theaters, Douglas says, “In ‘Ant-Man,’ we’re going between the cracks and it’s a world you have never seen before. It’s a wild ride with a good giggle.” 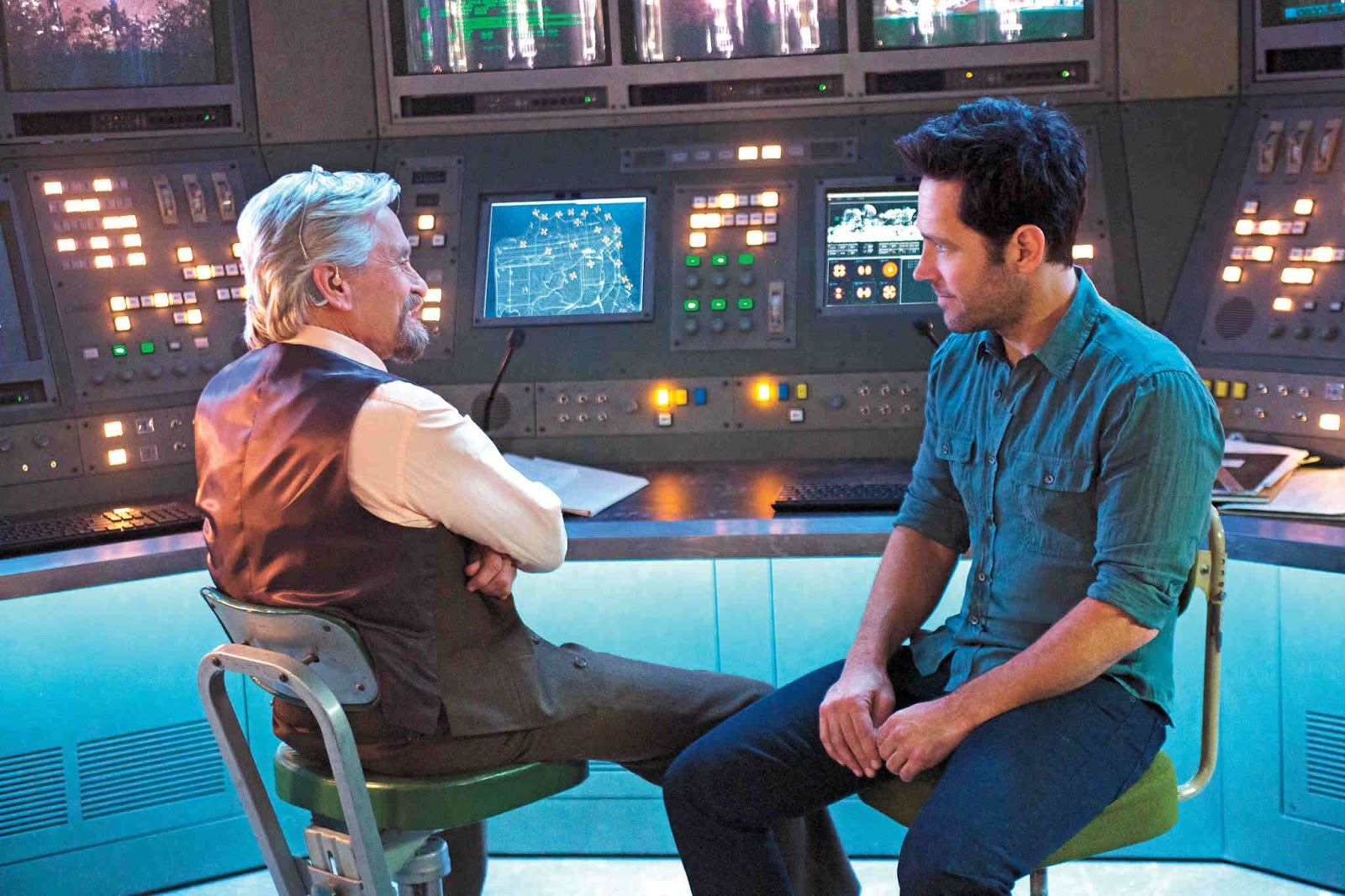