ReZirb
Home Entertainment Schwarzenegger is Both Protector & Terminator in “Genisys”

According to producer David Ellison, “’Terminator Genisys’ is not a remake, it’s not a reboot, it’s not a sequel—it’s really a reimagining based on the James Cameron source material. Exploiting the inherent nature of time travel, we go off on a divergent timeline to take these characters that audiences and I grew up with in a completely new direction.”

“I don’t think you can make a Terminator movie without Arnold,” suggests director Alan Taylor. “Certainly, I couldn’t imagine it without him. There’s something about the way he and Cameron built that character and then within the two movies explored such different sides of that character that he basically set the parameters for that world – that mythology means it would be really hard for me to think of a Terminator movie that let go of him.” 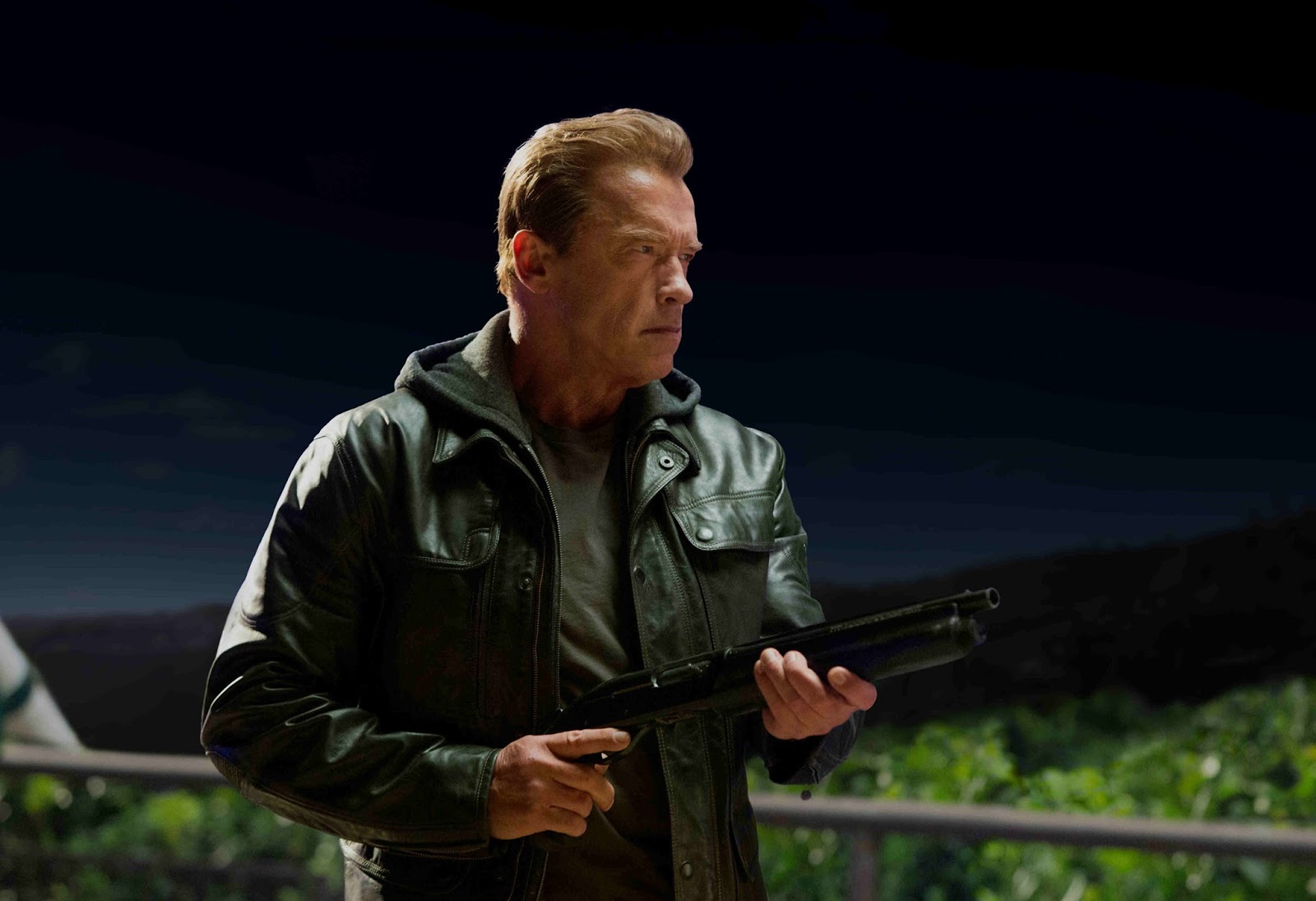 “I was very happy to be involved,” admits Schwarzenegger. “I got a phone call telling me that David and Megan Ellison had acquired the rights and the first thing I thought was, “Finally they are doing another one! And finally I am again in the movie! Also, I was very happy when I heard who was writing the script. I just liked the direction it was taking from the beginning.”

Screenwriter Laeta Kalogridis says, “I considered Arnold’s character the ultimate Tin Man—how does he become the cornerstone and the heart of the story, for a character that essentially has no heart? There was something really tantalizing about the idea of Arnold playing a Terminator who has aged—of not trying to do any crazy CG stuff, but to respect the change in the actor. The Terminator was always very much of its time—so to be able to tell the story in the moment and the age that Arnold is…it interested us all. The human tissue surrounding the cyborg ages, but he’s also aged on the inside through his very long experience with humans all this time. We thought it would be so much fun to explore.” 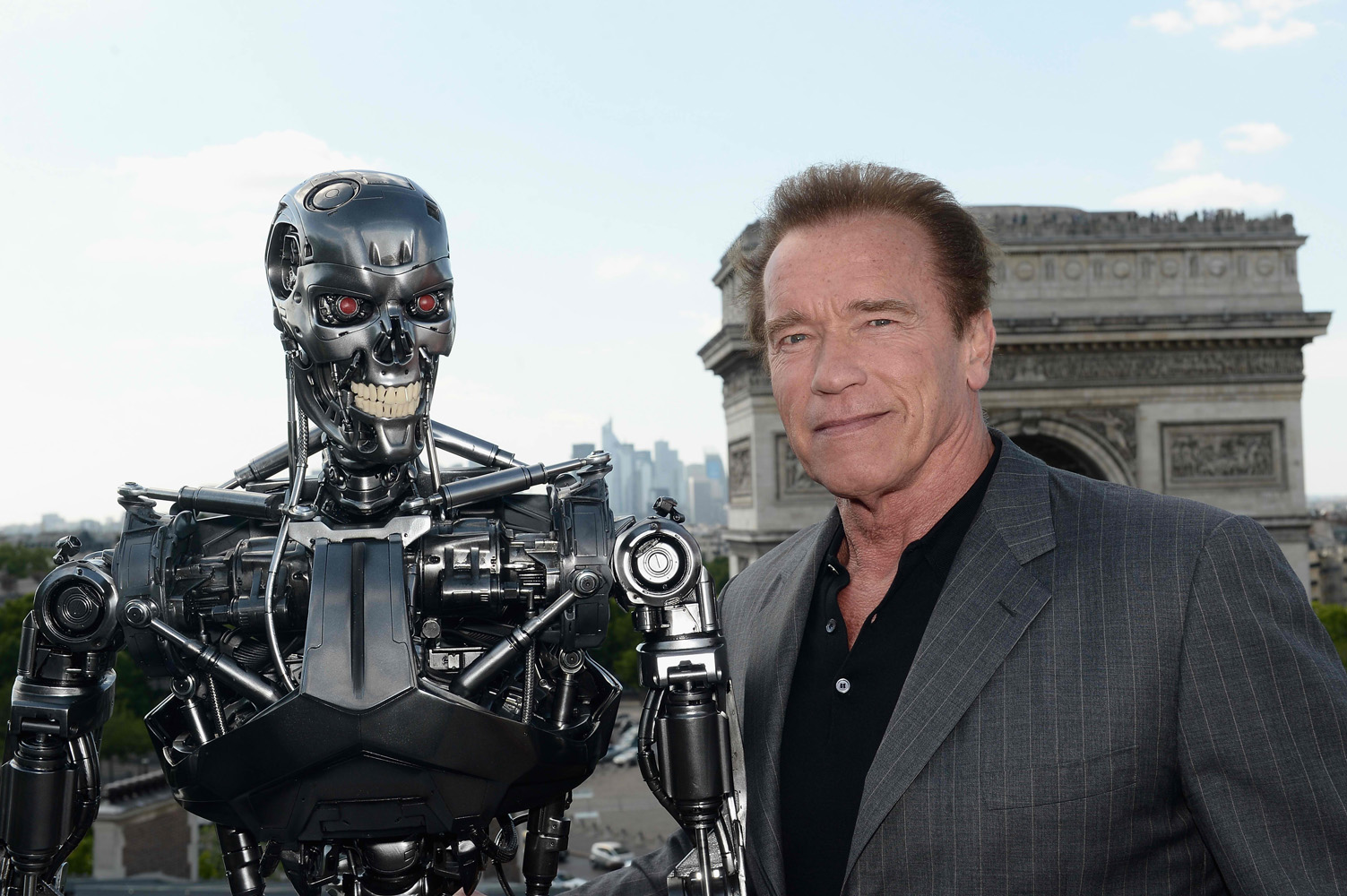 “It’s like riding a bicycle,” grins Schwarzenegger. “You fall right back into it. I remember when I read the script and I started then practicing the lines. I started talking like a machine again. It was kind of like you slip into that character.”

Producer Ellison notes, “You can’t call a movie ‘Terminator’ without THE Terminator. In this movie Arnold is playing a character that was sent back in time to when Sarah Connor was nine-years-old—he was not able to save both her parents, but he was able to save her and raise her since that time. He’s been her protector, her warrior, her Guardian. Fighting for that long, he has a little wear, a few glitches. Also, his learning processor has been on that whole time, so by the time he’s traveled forward, he’s had more than 30 years to answer that question of can he actually be human? How does he interact with Sarah in that role, and then once Kyle Reese comes along, how does Kyle’s falling in love with Sarah change that? Of course, Arnold’s also in some amazing action scenes—he is Arnold, after all—and I think people are going to see that he’s back and he’s better than ever.”

“If you’re going to have Arnold you’ve got to use him in a brand new way,” insists Taylor. “You can’t just do the same thing again so in our approach it was very important to me that we see a whole different take on this character that we take him in places that he never was able to go before. You know, he’s evolving, growing, maturing and that led to a brand new version of his character.”

The evolution of the character was something Schwarzenegger considered carefully: “I protect Sarah Connor, and anything that is coming close to her, or is threatening her I terminate. So I’m the Terminator in some ways, and I’m the Protector in another way. So you have to be very careful in how you play that in each moment. It helped I think that I’ve had daughters — my first daughter was born when we did “Total Recall” I remember in Mexico, and she’s now twenty-five years old. And so when you grow up, and when you’re father of two daughters, I think you learn a lot including how to be protective. I think that experience helped me a lot.” 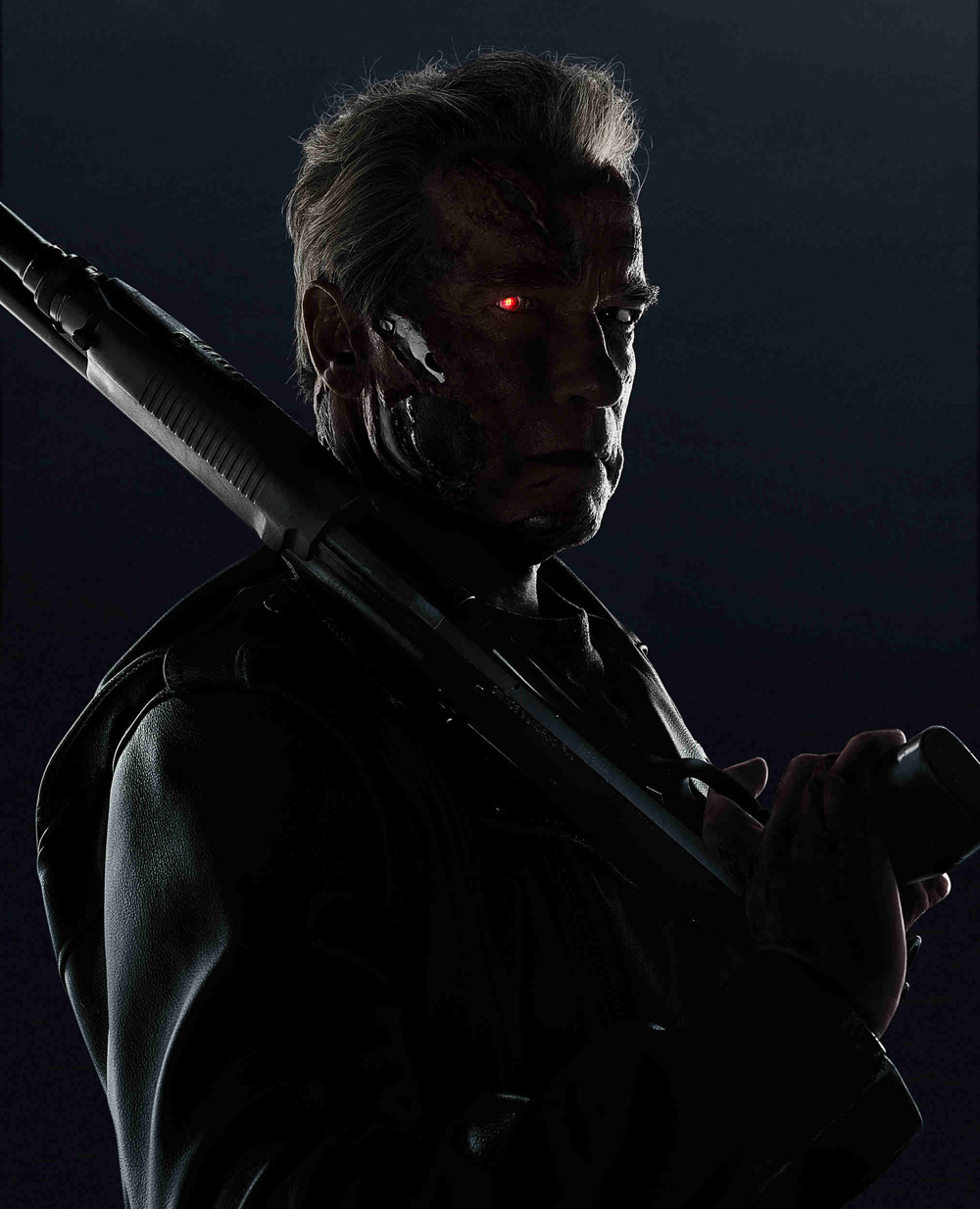 Baa-hind the scenes of Shaun the Sheep: The Movie.