It isn’t just a movie. It’s a memory shared by all of us.

It defined the colossal summer blockbuster, a moviegoing event of a lifetime that provided us some of the most lasting, iconic sights and sounds of cinema.

It gave you the feeling that the first day of summer had arrived.

It pioneered advancements in visual effects that made you believe dinosaurs roamed the Earth again.
Mixing plausible science with breathtaking imagination, it told a cautionary tale about what could result from messing with the natural order. 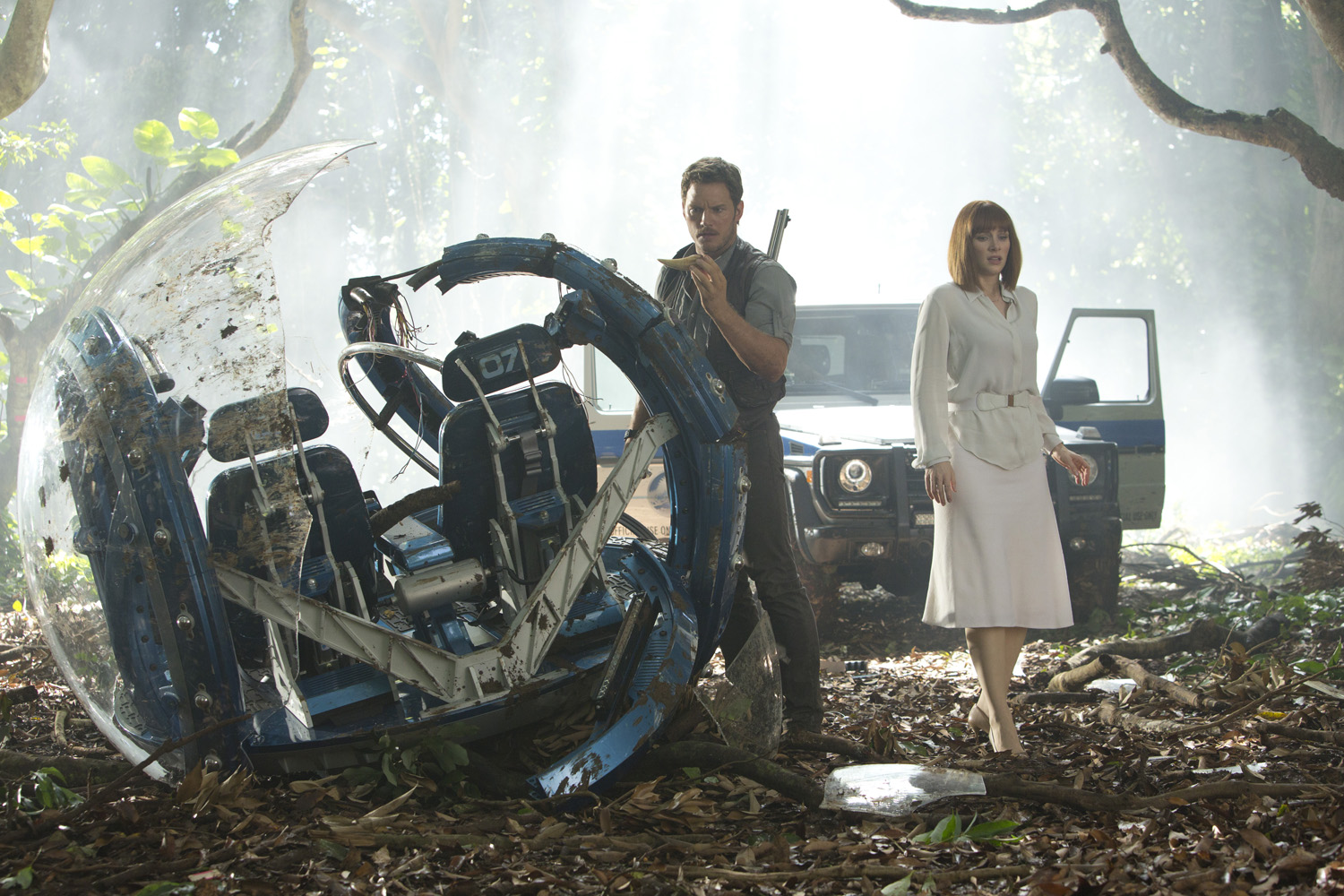 It left your eyes wide, your jaw open and your heart racing.

Jurassic Park answered the question of how much story, how much fun and how much spectacle could fit into one perfect summer motion picture.

Now, the story of Steven Spielberg’s original comes full circle as the park that was only a promise comes to life.

Welcome to “Jurassic World.” The new film is directed by Colin Trevorrow (“Safety Not Guaranteed”) who was handpicked by Spielberg to take the Jurassic mantle.

Twenty-two years ago, Dr. John Hammond had a dream: a theme park where visitors from all over the world could experience the thrill and awe of witnessing actual dinosaurs.

Now, his dream has finally become a reality.

Welcome to Jurassic World, a fully operational luxury resort where tens of thousands of guests explore the wonder and brilliance of Earth’s most magnificent living prehistoric marvels and interact up close with them every day.

Situated on an island off the coast of Costa Rica and constructed around a bustling Main Street, Jurassic World is a state-of-the-art wonder full of astonishing attractions. Kids ride gentle mini Triceratops in the petting zoo, crowds cheer as the aquatic Mosasaurus leaps from a performance pool to snatch a great white shark dangled as a snack, and families gaze with fascination as dinosaurs of every shape and size roam again, all displayed and safely contained for the guests’ amusement.

Overseeing every corner of Jurassic World is driven careerist Claire (Bryce Dallas Howard), who finds herself unexpectedly saddled with the arrival of her nephews, Zach, 16 (Nick Robinson), and Gray, 11 (Ty Simpkins). Although they’ve been shipped off by their mom, Karen (Judy Greer), to spend a few days at Jurassic World, Claire has no time for the distraction of two visiting kids and loads them down with passes, sending them off to explore the park.

The park’s miraculous animals are created by Dr. Henry Wu (BD Wong), a geneticist who once worked for InGen, the company behind Hammond’s first park, and now for the larger-than-life billionaire benefactor of Jurassic World, Simon Masrani (Irrfan Khan). Because the commercial prosperity of the park demands new innovations every year to keep guests returning, Dr. Wu is pushed beyond the bounds of ethical science, manipulating genetics to engineer a genetically modified dinosaur that never walked the Earth before, and whose abilities remain undiscovered.

The most secretive new breed developed by Dr. Wu and yet to be debuted in the park is the massive and mysterious Indominus rex. Raised in isolation after devouring its only sibling, the Indominus rex, whose genetic makeup has been classified, is reaching maturity. To help assess the creature and the security of its containment, Claire visits Owen (Chris Pratt), an ex-military expert in animal behavior working at a secluded research base on the periphery of the main park. Owen is years into a training study with a pack of aggressive Velociraptors, over whom he’s established an alpha relationship that balances the animals precariously between reluctant obedience and predatory revolt.

When the Indominus rex—whose capacities for savagery and intelligence are unknown—stages an escape and disappears within the depths of the jungle, every creature in Jurassic World, both dinosaur and human, is threatened. For Claire, the lives that matter most are those of her nephews, who have ventured off course in a gyrosphere vehicle that allows 360-degree visibility of the world all around them. Now, Owen and Claire join the hunt for the boys as order inside the park turns to mayhem and guests turn into prey. Dinosaurs escape into the open, the skies and the water to engage in an all-out war for survival, and no corner within the world’s greatest theme park is safe anymore.

Emilia Clarke Stars In Latest Movie “Voice From The Stone”