ReZirb
Home Entertainment A Closer Look at the Guys of “Entourage”

A Hollywood movie star’s entourage is only as effective and important as its smallest member.
“It’s about loyalty, friendship and brotherhood,” conveys Doug Ellin, director and screenwriter of “Entourage,” the much-anticipated big-screen version of the award-winning hit HBO series. “These guys all take care of each other; that’s what matters the most. All the fancy cars and beautiful women, which we see plenty of in the movie, they all come second.”

In the film, movie star Vincent Chase (Adrian Grenier), together with his boys, Eric (Kevin Connolly), Turtle (Jerry Ferrara) and Johnny (Kevin Dillon), are back…and back in business with super agent-turned-studio head Ari Gold (Jeremy Piven). Some of their ambitions have changed, but the bond between them remains strong as they navigate the capricious and often cutthroat world of Hollywood.

Let’s take a closer look at the guys who make up the titular entourage and what they mean – and bring – to the group.

Kevin Connolly. In addition to being Vince’s best friend, manager, and now the producer of his directorial debut, Connolly describes his character, Eric, as “the moral compass of the group. He tries to be level-headed and he usually is, though he gets hung up on girls pretty easily,” the actor concedes. 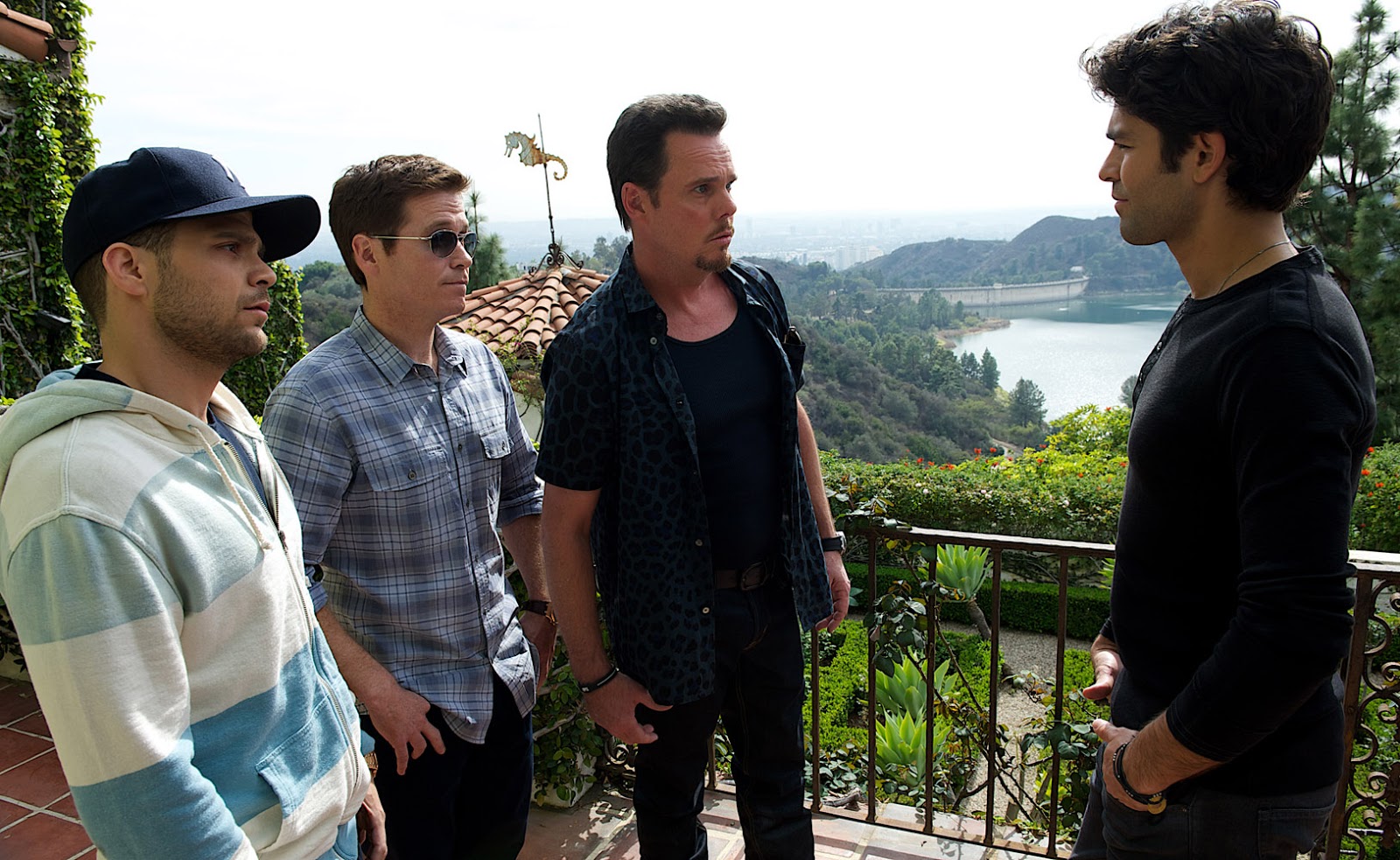 “E is the everyman; we see the world through his eyes,” Ellin states. “He’s on a path most of us would like to be on—wealth, fun, fantasy; a regular guy who worked at a pizza place and is now hanging around stars and beautiful models. But unlike his friends, he feels compelled to be mindful of his surroundings, and not just enjoy it as if it will never end.” 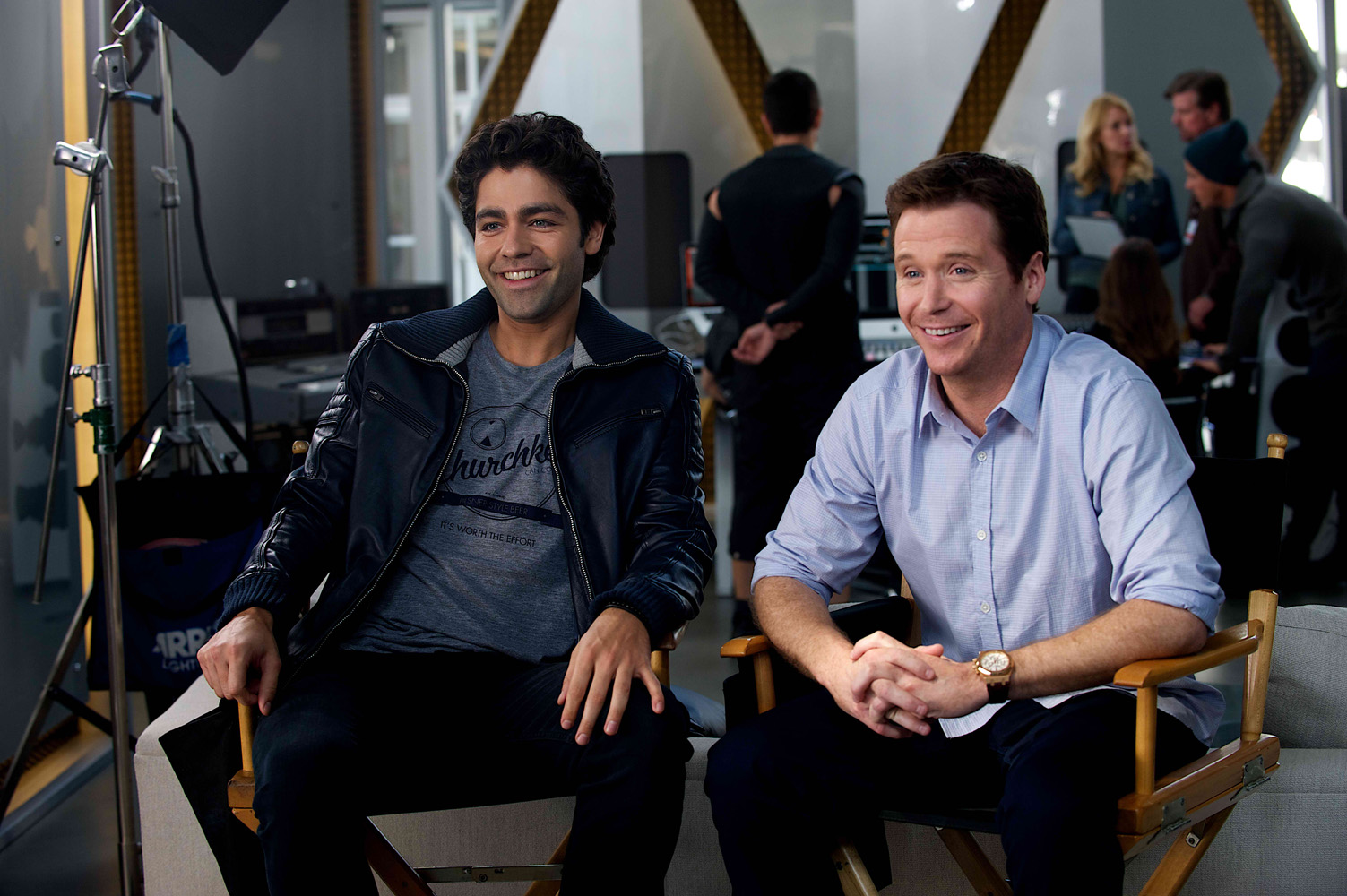 Jerry Ferrara. Contrary to E’s weightier problems, the now-svelte Turtle has continued to ride high on the success of his tequila partnership with billionaire businessman Mark Cuban. But he remains as down-to-earth and loyal to Vince and company as ever.

“All the characters have served a purpose for Vince besides just being his friend,” Jerry Ferrara offers. “Drama is his brother but also doubled as his chef and trainer; E is his best friend but also his manager; and Turtle, for all intents and purposes, was a low-level assistant/driver. But what’s nice is that, even though he is successful and probably has more money than all the other guys, in our world he still drives for Vince. He’s a millionaire, and he still drives his buddy around.”

Something else that hasn’t changed between the friends is all the friendly ribbing they dish out to each other, though arguably no one gets more than his fair share. And while Turtle remains a target for the guys’ jokes, he is perhaps not quite as big a mark as before.

KEVIN DILLON. “Johnny Drama has probably evolved the least of these four friends. He’s just the poor guy who can’t get that break he’s looking for,” Ellin says. “Everyone loves him because at one point or another, everyone can relate to that. He’s just a loveable loser.”

Loveable, Ellin declares, due in large part to the fact that “every time Kevin Dillon says a line it’s funnier than what I anticipated. He’s a genius. His face is so expressive, his choices are so distinct, no matter what Drama says you root for him, you want him to win.” 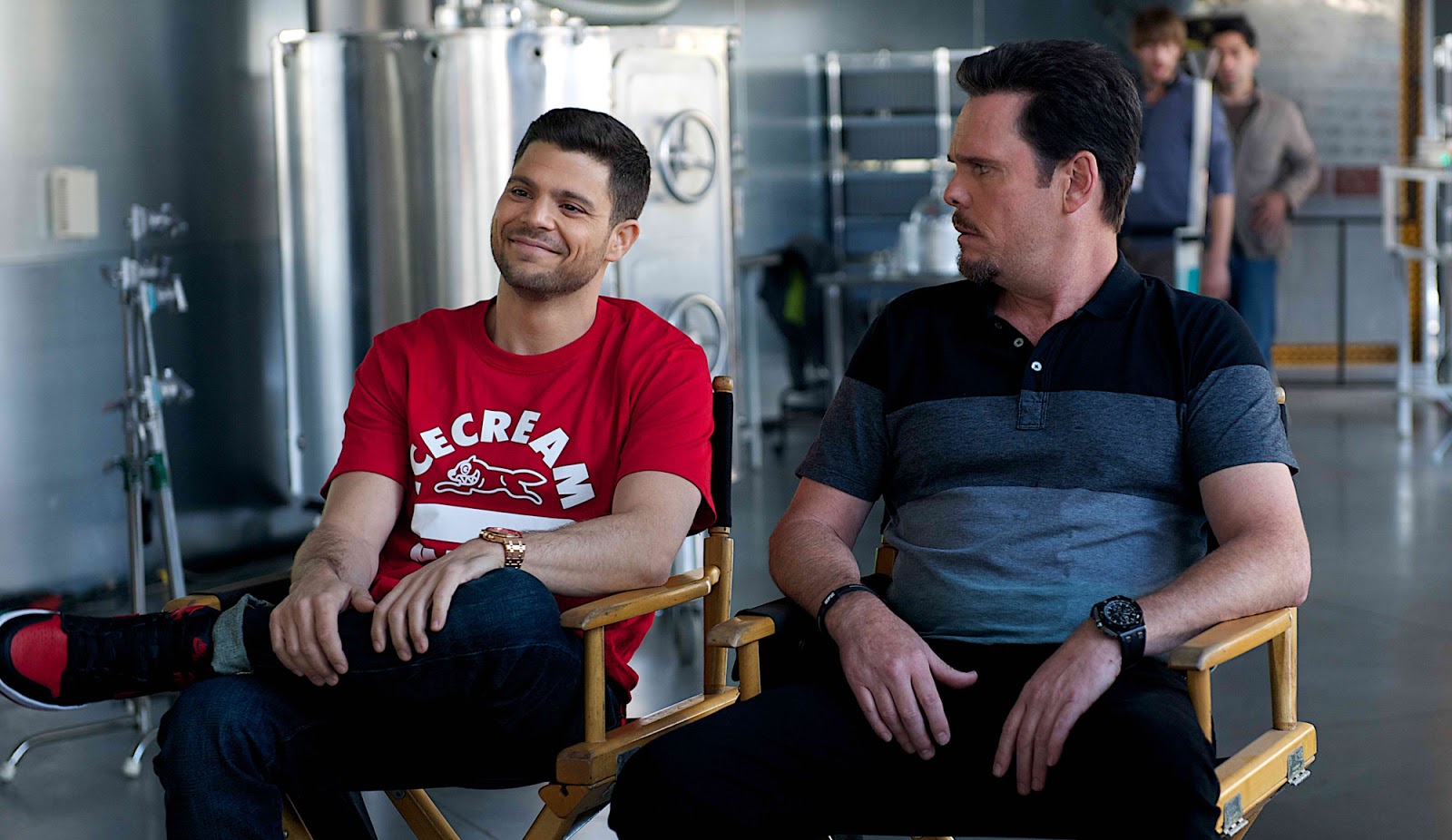 Dillon points out, “Drama is a little crazy but a lot of fun. He’s got a lot of love for the fellas and he’ll do anything for them. Even though Vince is making the money, he’s still Johnny’s kid brother, so Johnny feels like he’s got a little seniority over everyone else, and Vince has respect for him. All Johnny Drama wants is to be a big star, and he’s not really sure why that’s never happened for him.”
Jeremy Piven. The only way movie star Vincent Chase would be making his directorial debut in a $100 million studio movie would be if super agent Ari Gold made it happen. However, thanks to severe anger management challenges, the bombastic ball-buster left his agency behind at the close of the series, “retiring” to spend time with his family.

Yet when the film opens, six days after saying “ciao” to Hollywood and making the oft-promised move to Positano, Italy, to “get away from it all,” Ari Gold has already taken a new job as head of a major motion picture studio…in Hollywood. 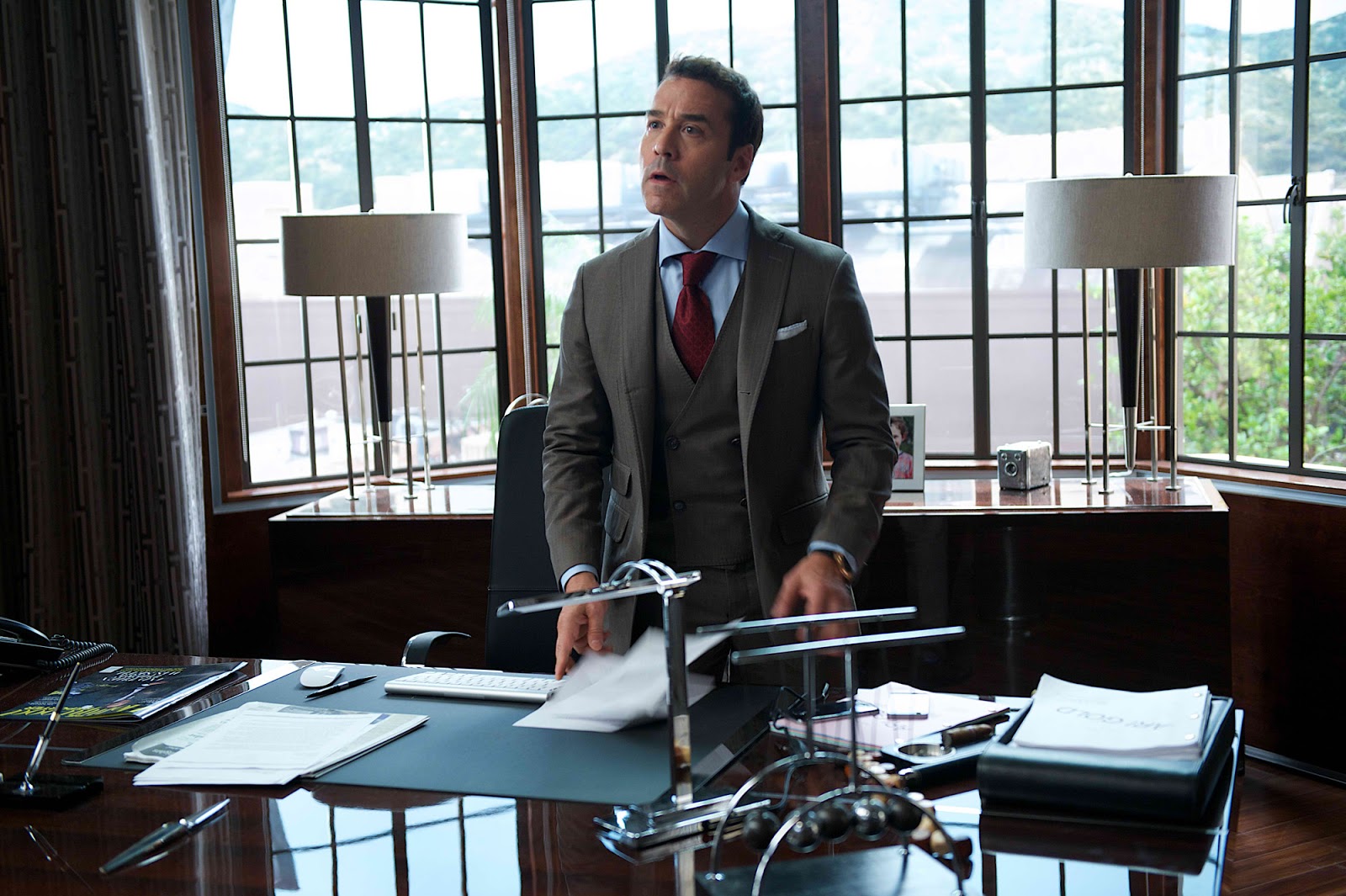 Jeremy Piven, who embodies the larger-than-life character, surmises that, while Ari has been promoted to head of the studio, in all likelihood, “in Ari’s eyes it was a demotion, because he was promised more. It was a great touch by Doug, because it really keeps a chip on Ari’s shoulder and creates wonderful friction between him and John Ellis, who remains his boss. Of course the reality is that even when you think you’ve made it to the top, there’s always someone above you.

“Whether an agent or a studio head, Ari is abrasive, says the unthinkable at times, and can be very offensive,” Piven expounds. “At the same time, he represented Vince for years and is incredibly loyal to him. He got Vince his first real acting job, and now he’s giving him his first directing gig and an operating budget of $100 million, which is a ton of money even by Hollywood standards.”

Ryan Guzman, Ready for His Close-Up in “The Boy Next Door”