She has created the kind of unforgettable characters that connect with critics and audiences alike, making her one of Hollywood’s most sought after actresses. Now, Academy Award-winner Reese Witherspoon returns to her first comedy film in years with New Line Cinema’s female buddy comedy “Hot Pursuit.”

In the film, an uptight and by-the-book Officer Cooper (Witherspoon) tries to protect the sexy and outgoing widow, Daniella Riva (Sofia Vergara) of a drug boss as they race through Texas, pursued by crooked cops and murderous gunmen.

Before they even get the key in the ignition of their commandeered-cum-stolen Cadillac convertible, before they run their first red light, Officer Cooper and Daniella Riva are completely at odds with one another. Despite Cooper’s best intentions to carry out orders, the ranting and raving Mrs. Riva wants no assistance from the policewoman whom she deems too “teeny-tiny” to serve and protect her—at least from the kind of criminals that she and her husband are set to snitch on. Her lack of cooperation throws Cooper for a loop and forces her to assert herself even more than is already natural to her.
“Cooper tries really, really hard, but she keeps making a mess of her life, so when she meets Mrs. Riva, who is confident and composed and commanding, Cooper is a little intimidated,” Witherspoon reveals. “But she’s kind of like a Yorkie—small but able to access her aggressive side whenever she feels threatened. I think that’s her spirit animal, the Yorkie.”

Director Anne Fletcher (“The Proposal”), smiling, loves that the actress finds fun and unique ways to “delve into a role that make her character so genuine you can’t help but find the humor in it, because she’s found the humor in it. You fall for Reese’s characters because she’s made them quirky or interesting or whatever she’s decided to do with the role. You love them for their authenticity and sincerity.” 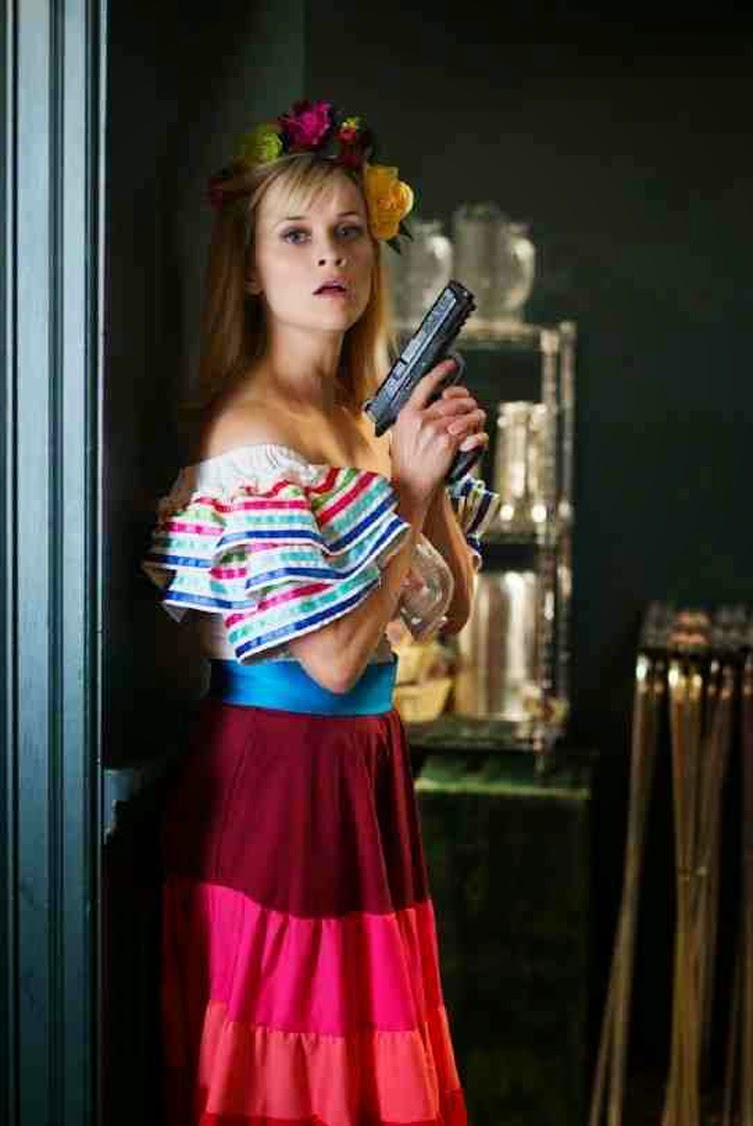 As the film opens, we are introduced to Cooper as a very young girl being raised by a policeman father whom she idolizes as a role model, both personally and professionally. While most kids were playing telephone, Cooper was listening to a scanner. Now a cop herself, she knows her Texas law enforcement handbook like a good preacher knows his Bible: chapter and verse.

When we first see her all grown up, Cooper is out of uniform, though by her behavior she appears to be undercover, chasing a perp through the streets of San Antonio. Not so, Witherspoon explains. “She’s looking for love, but clearly doesn’t know how to behave on a date! She’s awkward and aggressive when she doesn’t mean to be. Then you learn she doesn’t get along with the other police officers in her unit, either. Due to a prior incident in which she accidentally lit a teenager on fire, they’ve stuck her in the evidence room. And despite all the ribbing she gets, she even takes that job a little too seriously.”

Imagine, then, her determination to succeed when given a serious assignment. Intent on obeying the rules and following protocol, Cooper rigidly tries to steer her charge, Mrs. Riva, out the door and on the road to Dallas. But Daniella is used to doing things her own way and in her own time. That is, until everything goes completely awry and Cooper is her only chance at survival.

Joel Edgerton Strikes a Deal with the Devil in “Black Mass”

“GMA ONE Online Exclusives” Is The Opening Salvo Of GMA Network...