Universal Pictures’ comedy “Pitch Perfect 2” welcomes two new Bellas into the musical mix, led by Academy Award® nominee Hailee Steinfeld, who blew audiences away when she held her own opposite Jeff Bridges in “True Grit.”

The young actress who plays freshman Emily Junk reflects: “Pitch Perfect 2 was unlike any other movie I had done before. The fact that I love music and grew up singing and dancing was a big reason why this opportunity was so intriguing to me. I couldn’t have dreamed of a better scenario.”
Much like Beca (Anna Kendrick) in the first chapter, Emily starts her time at Barden University as a misfit. Still, whereas Beca is a music producer at heart, Emily writes music—although both are just as passionate about their talents…and about being a Bella. Explains Steinfeld: “Everything Emily knows about what it means to be a ‘Bella’ comes from her mom, Katherine, who was a legacy. Back in her mom’s day, being a Bella was the pinnacle. Now that Emily is officially a Bella, her over-eagerness gets the best of her and she quickly realizes the amount of hard work that is necessary to compete as a Bella.” 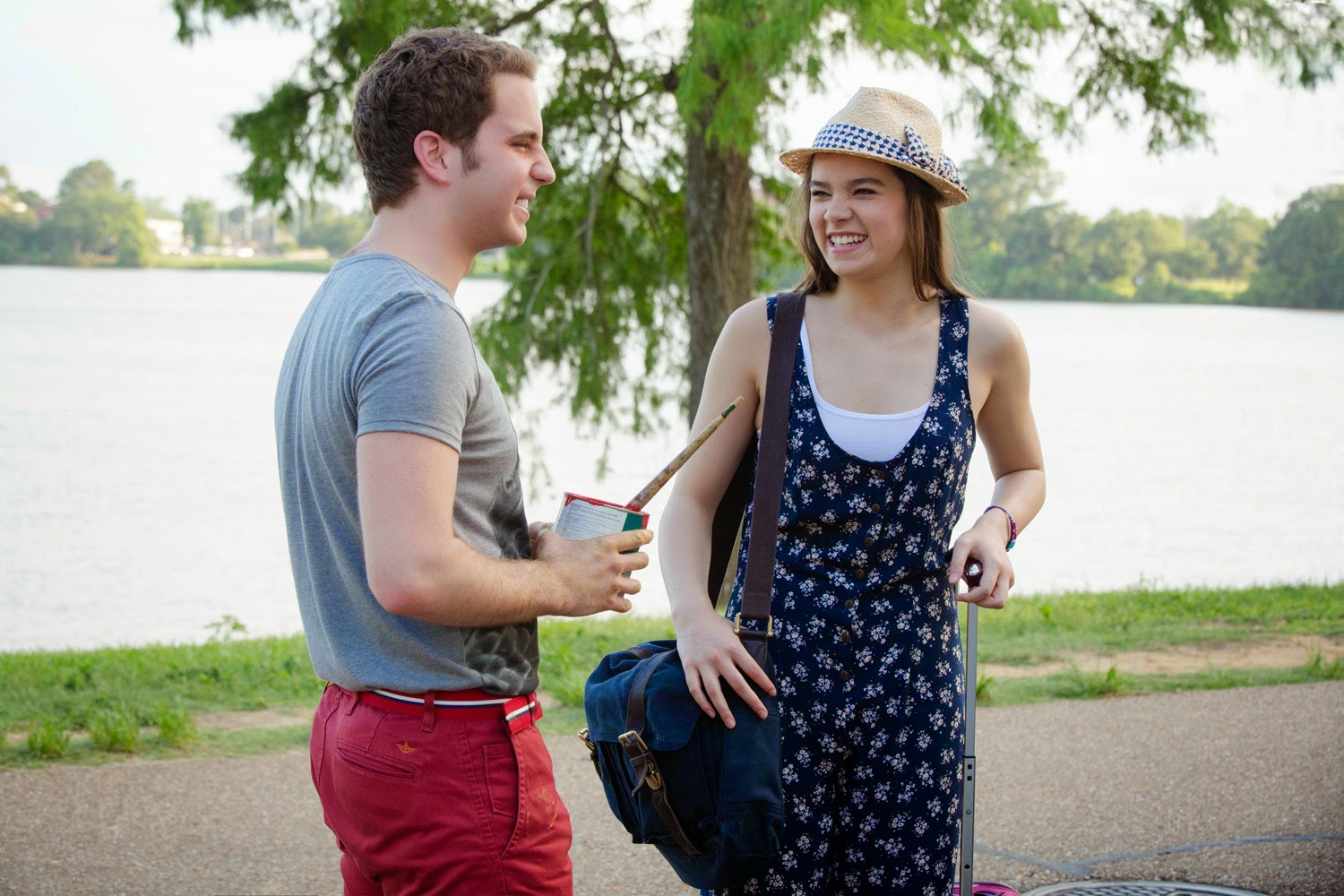 Just as fastidious as the newest member becomes, director Elizabeth Banks mapped out the character’s arc on Post-it notes in her production office. The director explains why Emily is so important to the film: “One of the great things I like about this project is the notion of women mentoring other women. I love that Beca mentors Emily, and Emily seeks that out. That’s an important message to tell young girls: ‘You don’t get what you don’t ask for, so if you want someone to mentor you, go ask for it.’ It’s a great collaboration that the two of them have. They complete each other, musically.”

Co-star Ester Dean who plays Cynthia Rose speaks on behalf of her fellow cast when she says: “Emily, Miss Hailee, is the new Bella, and she’s just adorable. We waited so long to figure out who was going to be Emily. So when she came in, it was like she had already been there. We all just fell in love with her from the start, just like Chrissie. They came in with open hearts, ready to roll.”
The Chrissie to whom Dean refers is Chrissie Fit, who joined the team to portray Flo, a foreign-exchange student originally from Central America. The performer, who cut her teeth on ABC’s “General Hospital” and the Disney Channel’s “Teen Beach Movie,” reacted just as one might imagine when she found out she’d landed the gig. She laughs: “When I got the call, I was in the car with a friend and was trying my hardest not to get into an accident because I was freaking out and screaming. I love the fact that it’s a band of misfit girls who don’t fit in, but somehow get together and sing and harmonize…it all works.” 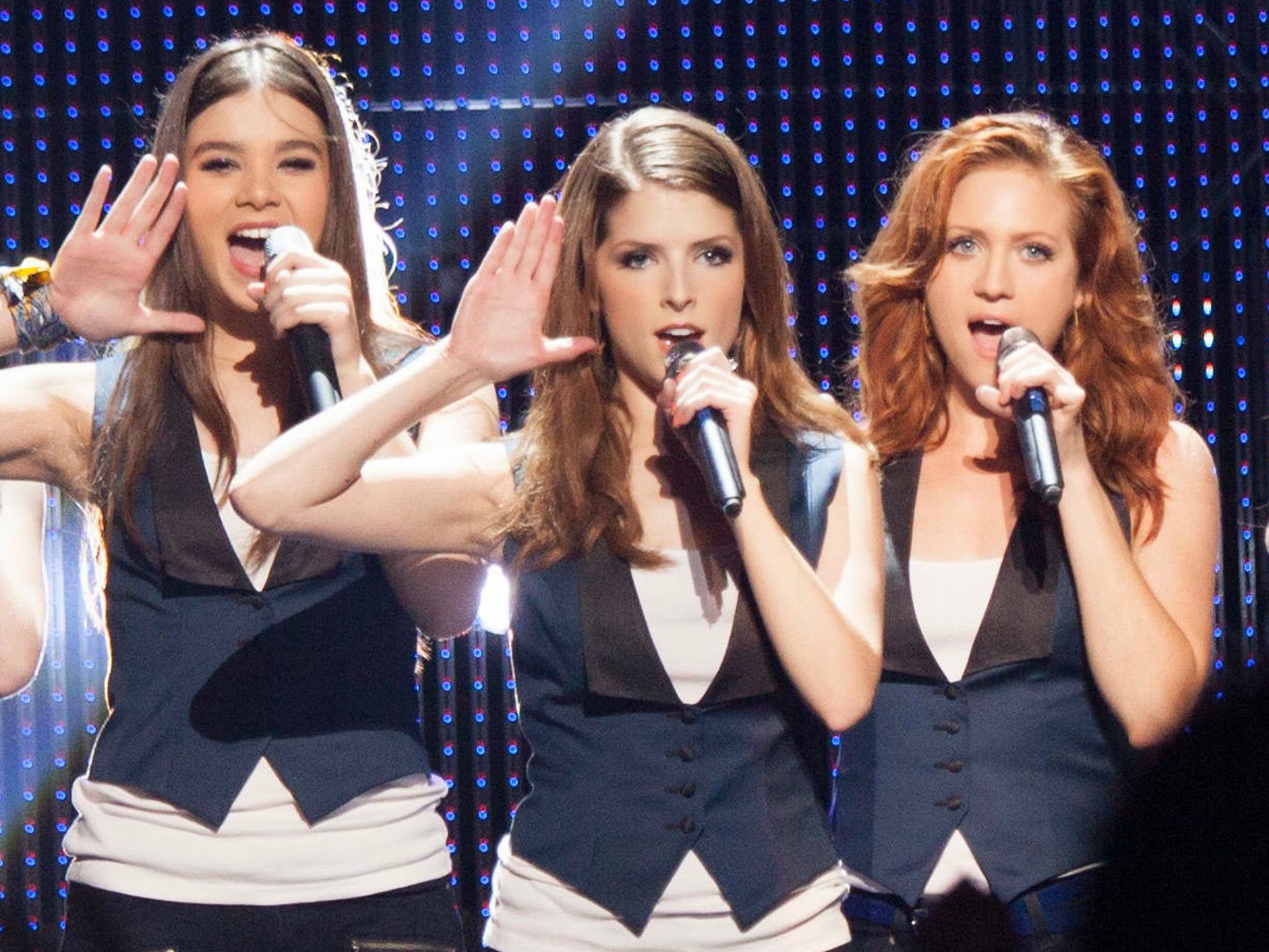 Providing some insight into her character, Fit offers: “Flo is a dose of reality for the Bellas, coming from a different country and having gone through extreme circumstances. So whenever the girls think that something is life-or-death, but it’s actually small, Flo injects reality into that situation by telling them something very serious that happened to her. I get to be both sarcastic as well as goofy with everyone else.” Fit was moved by the story and growing diversity of the Bellas. She says: “The most important thing for me was the fact that we’re seeing a Latina character just be funny and out there in this rock-star group.”

Co-starRebel Wilson sums what her fellow returning cast found to be the case on set: “Our two new Bellas are really endearing and funny. Together, we are such a mixed bag all thrown into the one position of being in the Bellas. There is just something for everyone to relate to in our group.”

Now playing across the Philippines, “Pitch Perfect 2” is distributed by United International Pictures through Columbia Pictures.

Animal Characters Front & Center of “The Secret Life of Pets”