Best known to audiences as the eccentric Dr. Gregory House from the hit TV series “House,” Hugh Laurie is back in the big screen as a brilliant, but pragmatic scientist, in Walt Disney Pictures’ mystery adventure “Tomorrowland.”

Laurie plays David Nix who views life as an endless quest to accumulate and develop knowledge. Nix has no patience with dreamers, visionaries and optimists; preferring the concrete, indisputable answers that only pure science delivers.

The producers approached Laurie for what they called the actor’s “astonishing intelligence; a little bit of danger undercut by a lot of fun.” Laurie himself recalls being “completely struck by the first conversation I had with director Brad Bird and screenwriter Damon Lindelof about the morbid defeatism that has gripped the world. There are benefits beyond number to modern life, but they don’t seem to bring us a feeling of satisfaction, triumph or accomplishment. Brad and Damon laid out this extraordinary vision of a future that ran completely counter to all popular ideas about how the world is going, and I was completely taken with it.”

In the film, former boy-genius Frank (George Clooney), jaded by disillusionment, and Casey (Britt Robertson), a bright, optimistic teen bursting with scientific curiosity, embark on a danger-filled mission to unearth the secrets of an enigmatic place somewhere in time and space known only as “Tomorrowland.” What they must do there changes the world—and them—forever.

Describing the difference between his character David Nix and Frank Walker, Laurie offers, “Frank’s idea was to create things that are fun, that make people’s lives better because they bring pleasure and joy, and express hope. Nix is only interested in the more utilitarian platform of research; life for him is an endless scientific quest because he believes that man was put on this Earth to accumulate and develop knowledge.” 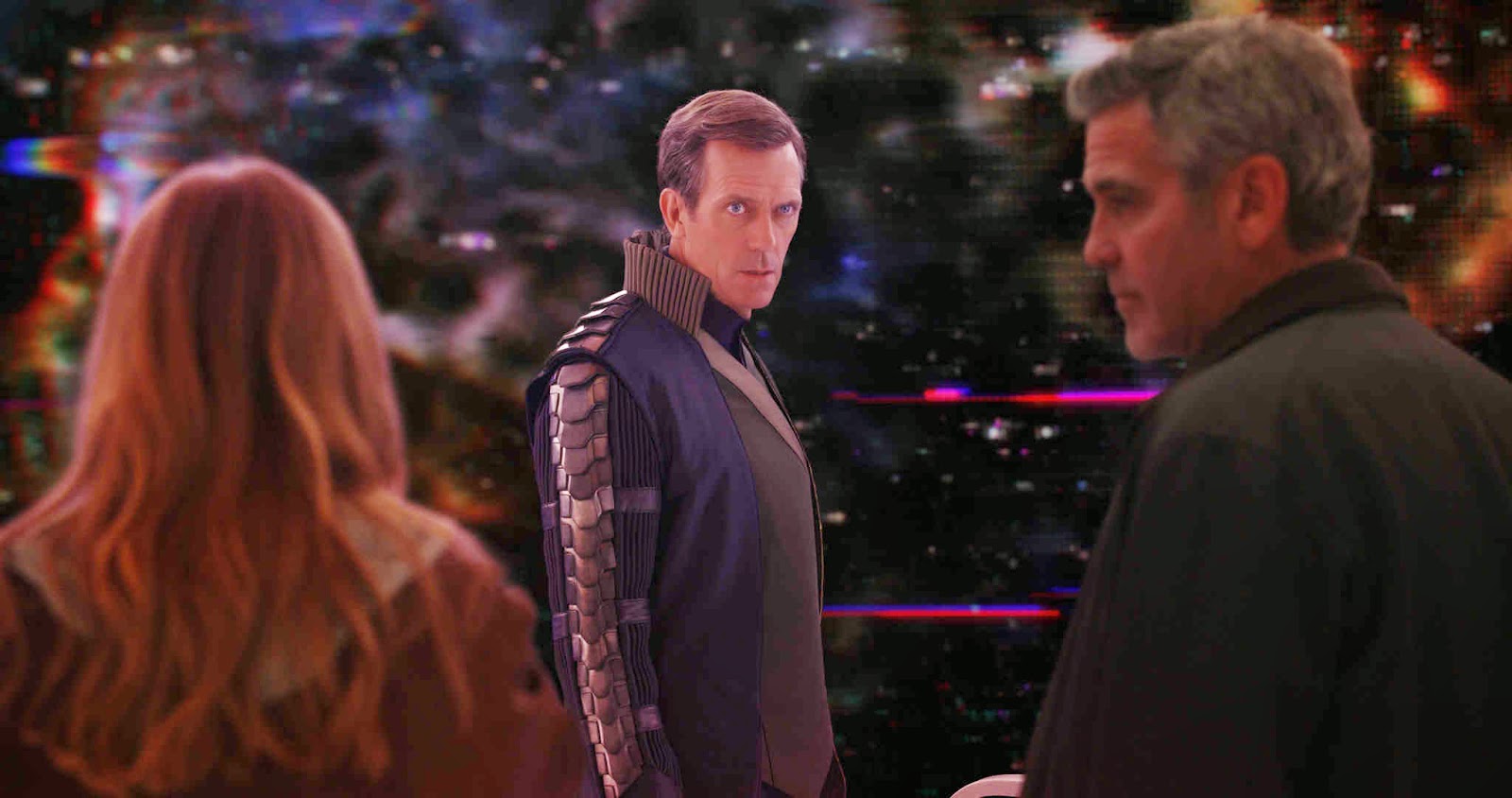 Frank’s view of Nix is of a cold-hearted bureaucrat who merely looks for the most efficient way of doing something without ever taking account of the joy of discovery, adventure, and exploration. Yet the two men cannot help but begrudgingly admire each other, because “beneath all of that there’s a sneaking regard for each other because they are intellectual equals in a world that doesn’t necessarily understand or welcome visionaries. There is a kinship between the two,” informs Laurie.

“David Nix is not necessarily a malicious man,” adds Laurie, “It’s not to say that he has no sympathy for his fellow man, but his sympathy isn’t enough to override his pragmatism. It’s hard not to agree with him; he has a point about our human tendencies and weaknesses and appetites that can’t simply be wished away. He’s a practical, clear- thinking, brilliant scientist.”

The differences between the two men are indicative, says Brad Bird, of the reality that great minds do not always think alike, that our human imperfections can derail the best of intentions. “In fact, great minds would probably really annoy each other. Some of them would get along, but a lot of them wouldn’t,” concludes Bird.