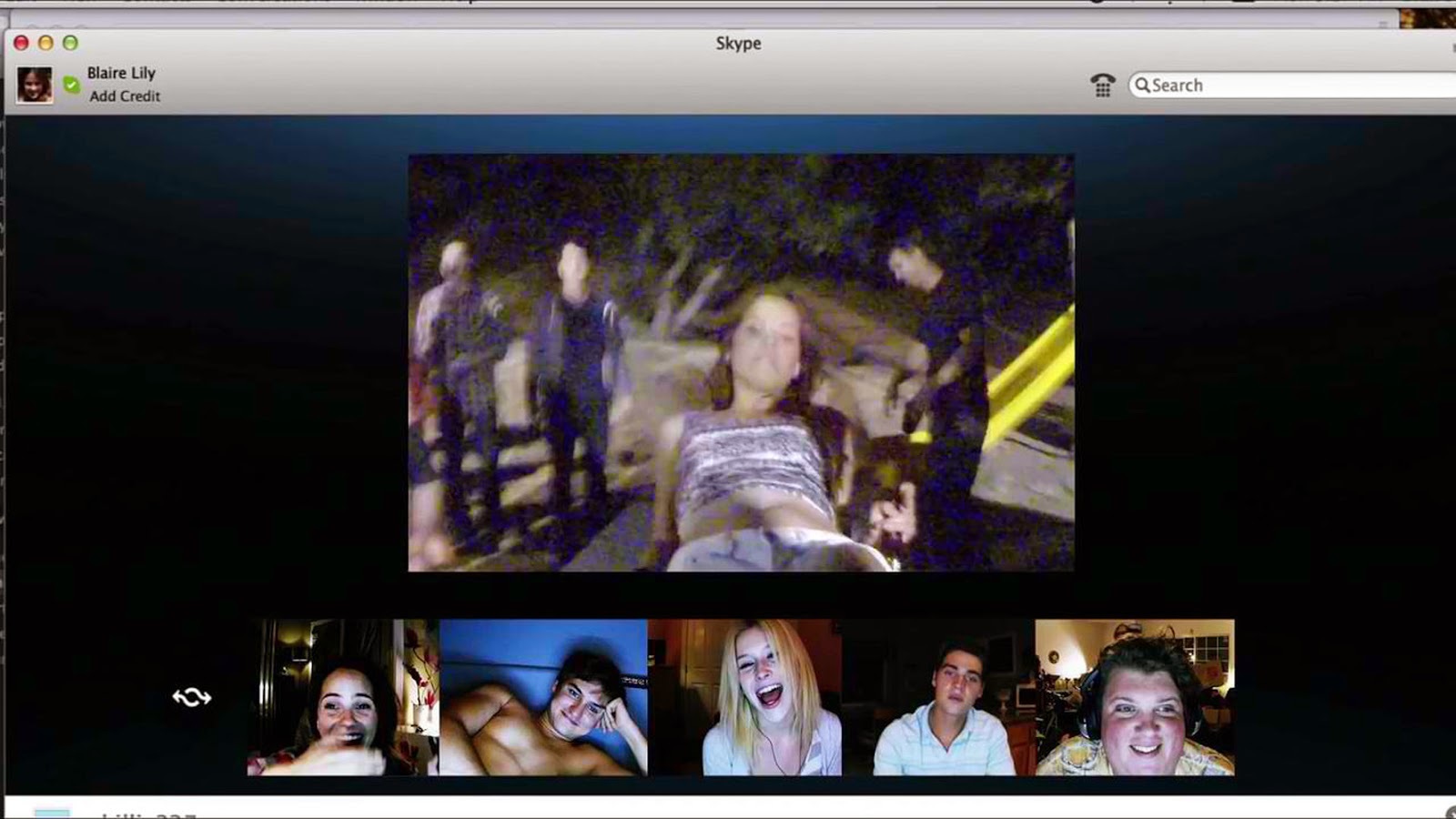 Universal Pictures’ new horror thriller “Unfriended” unfolds over a teenager’s computer screen as she and her friends are stalked by an unseen figure who seeks vengeance for a shaming video that led a vicious bully to kill herself a year earlier.

With such an experimental storyline, the “Unfriended” director and producers realized that the script, as written, wasn’t taking on the life that they needed and translating on screen. Therefore, they decided to push it further toward what they wanted it to be: a bunch of friends chatting on Skype and being terrorized by some otherworldly entity in the form of a cyberbully. To do that, they needed to tap deeper into the cast’s improvisation skills.

Before principal photography began, the cast rehearsed at producer Timur Bekmambetov’s Bazelevs production offices, sitting in a circle and going through the script. As it became the norm with this production, the cast, screenwriter Nelson Greaves and director Leo Gabriadze began noting where they could truly improvise.

Actor Will Peltz shares: “The shape of everything changed so much during the process of rehearsals, as well as during filming. Being able to create these moments on-the-fly became an exciting journey. It’s cool to see this era that we live in come to life in a dark, twisted way.”

The way the film was shot, the cast members were completely separate from one another, each operating from a desktop in a separate room in a house in Santa Clarita, California. Still, they had to react to each other as though they were in the same space, which meant that each take was a little different. It was a bit like filming a live play, and each had only one camera pointed at him or her. As there weren’t clear cuts, some takes went on for almost an hour and a half. Sidman, who also served as director of photography, created a special network for the crew and actors to interact and film with their GoPros. 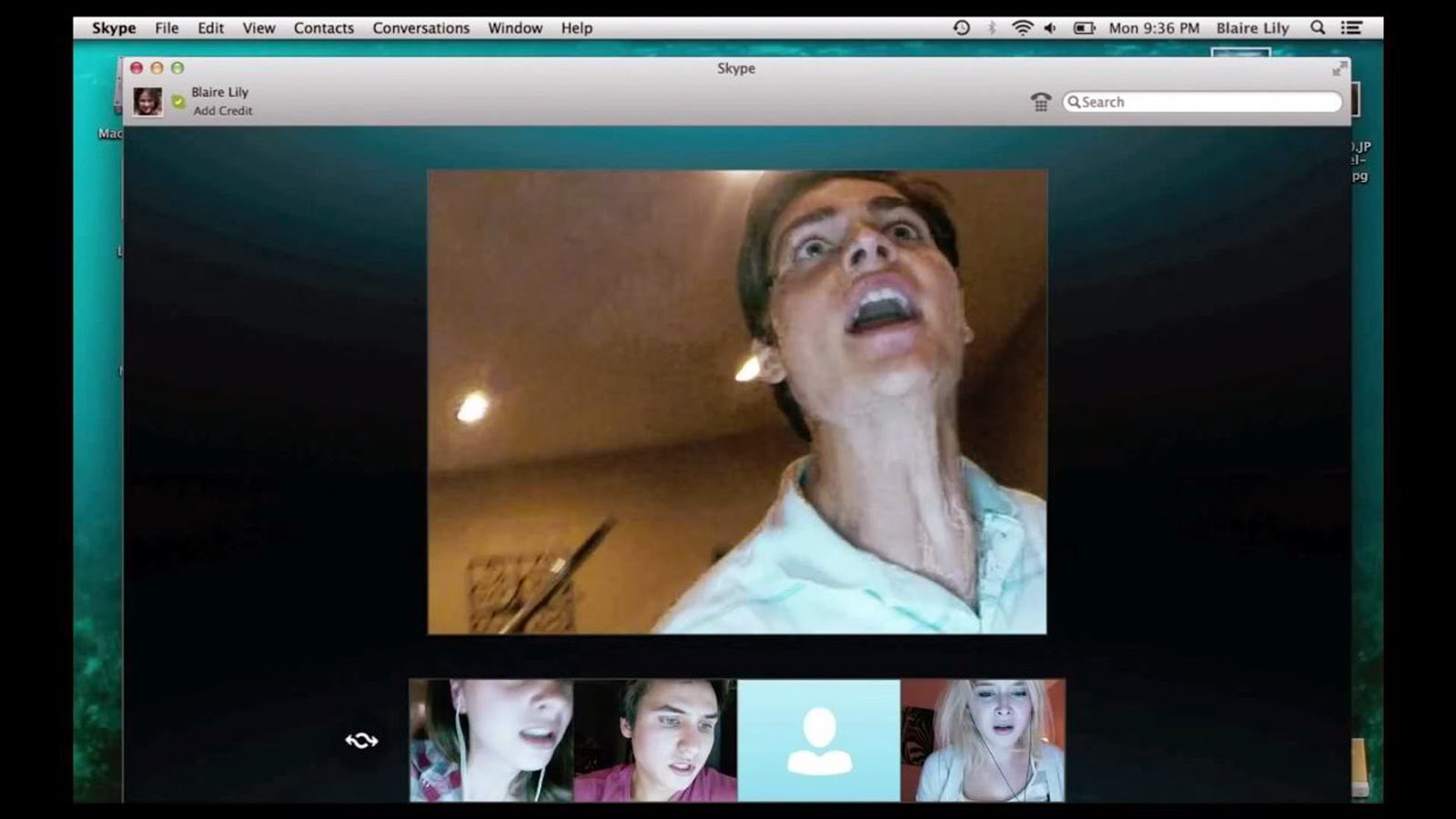 Greaves walks us through his process: “The script is structured like an 85-minute play, so we did long takes, including a few that were the full length of the movie. We have these actors who are trapped in separate rooms for this period of time, not speaking to anyone—except into the GoPro. You get to a place of truth that is so beyond what you could get if we did it in multiple takes and breaks. At the end of 85 minutes, the cast is seeing these things happen and they’re so in the moment that these reactions couldn’t have happened otherwise.”

Shelley Hennig describes the moment in which she suggested an attempt at filming the entire movie in one sitting: “Once we began shooting, I was becoming confused as to why we weren’t running the script from start to finish, since all of our rooms were well-lit for it. I ultimately suggested it to Nelson and Leo, and they loved the idea. I wasn’t sure what I’d gotten myself and the rest of the cast into, but it wound up being one of the most satisfying experiences of my career. I have to give major credit to rest of the cast—I don’t think it would have worked if everyone involved weren’t great improvisers, including Leo and Nelson, who played ‘Laura’ for us, on earpieces, as we shot in real-time.”

The only contact that the cast had with the outside production was via the actual desktop and the earpiece. A result was that they would sometimes forget they were on a movie set, which allowed them to embrace the organic nature of the project. Actor Courtney Halverson explains: “You’re alone in a room filming all day, but it was kind of cool because you start to believe you’re this character and this is your room, but you also have people in your ear telling you things in real time, so concentration was key.”

Even though each cast member was secluded in a different room, whenever they took breaks, they would reconvene and discuss what to do differently. Even during filming, any time there’d be a small break, the cast would stay plugged in on their computers, which allowed them to get to know each other. Peltz shares: “We’d show up to set every day and have breakfast together and then we all went to our separate rooms, talking to each other over the computer. That’s where we really got to connect, because we’d be spending nearly 10 hours a day in front of the computer. Then, we’d all come back together in reality over lunch. Then it was back up to the computers.”