The upcoming mystery adventure film “Tomorrowland” starring George Clooney traces its origins from a theme park attraction Walt Disney himself created as a section of Disneyland in 1955. It was a time when Americans imagined an optimistic future. Over the years, particularly in the 1970s, the public’s view of the future started to grow dark.

This shift intrigued writer/producer Damon Lindelof (TV’s “Lost”), so when he began to synthesize the story for “Tomorrowland,” he looked for what the theme park attraction meant and how it could be represented in a storyline. “I really wanted to recapture that earlier optimism,” comments Lindelof.
Then Lindelof heard about a box that had been discovered accidentally in a closet at the Disney Studios. The mystery box contained all sorts of fascinating models and blueprints, photographs and letters related to the inception of Tomorrowland and the 1964 World’s Fair. Lindelof was excited by the find and recalls, “I began to imagine that the contents of the box were a guide to a secret story that nobody knew. But if so, what would that story be? And the most obvious answer to me was that there really was a place called Tomorrowland that was not a theme park but existed somewhere in the real world.”

This idea became the jumping-off point for the story of “Tomorrowland,” which Lindelof would later develop with director/producer Brad Bird and executive producer Jeff Jensen.

“Tomorrowland” is a quintessential Disney movie with grand scale and scope, innovative storytelling and amazing special effects. When it opens in the Philippines on May 20, 2015, “Tomorrowland” promises to take audiences on a thrill ride of non-stop adventures through new dimensions that have only been dreamed of. 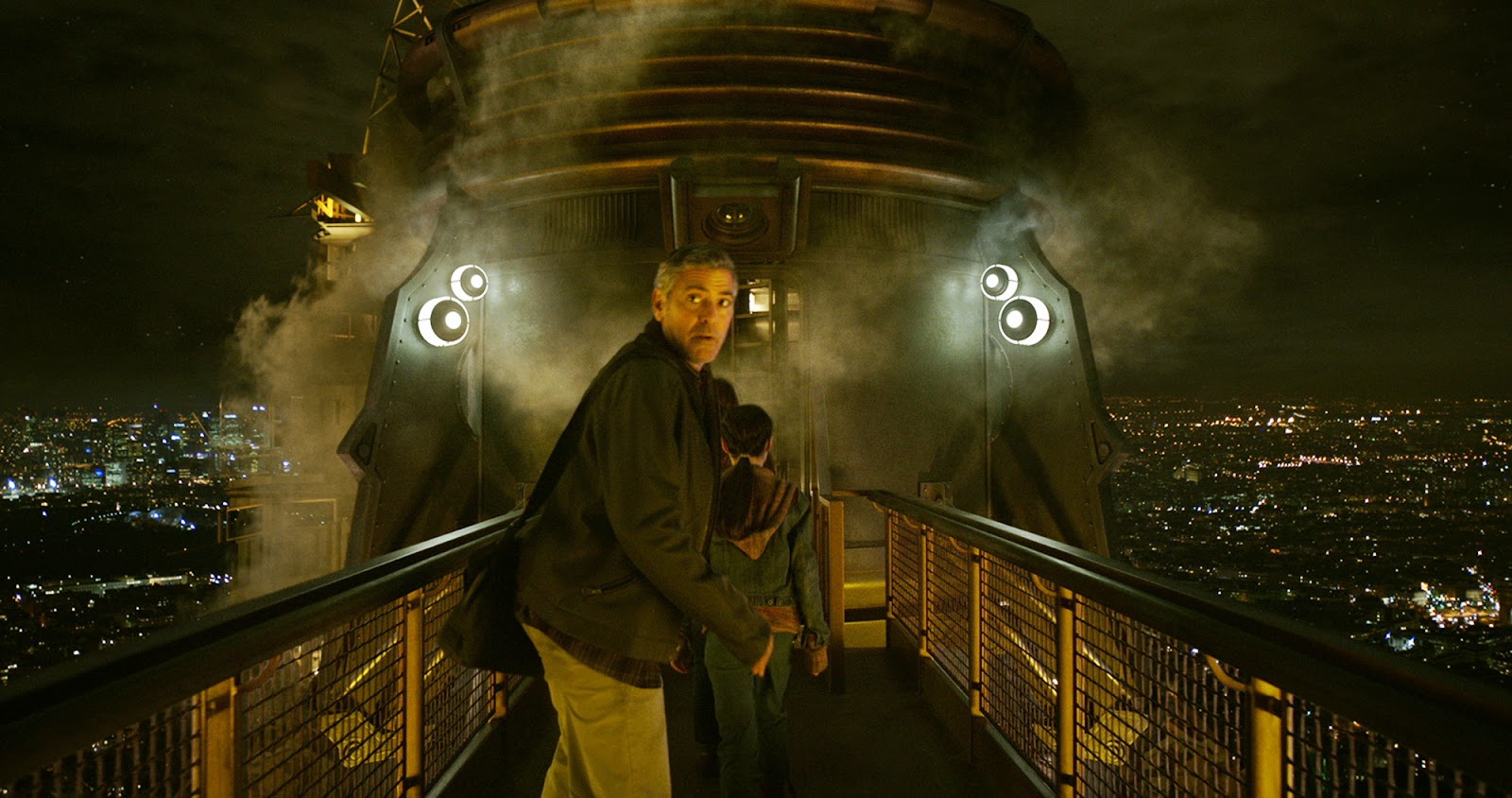 Bound by a shared destiny, former boy-genius Frank (Clooney), jaded by disillusionment, and Casey (Britt Robertson), a bright, optimistic teen bursting with scientific curiosity, embark on a danger-filled mission to unearth the secrets of an enigmatic place somewhere in time and space known only as “Tomorrowland.” What they must do there changes the world—and them—forever.

“Tomorrowland” features a screenplay by “Lost” writer and co-creator Damon Lindelof and Brad Bird, from a story by Lindelof & Bird & Jeff Jensen, and also stars Hugh Laurie (TV’s “House M.D.”), Raffey Cassidy (“Snow White and the Huntsman”), Tim McGraw (“The Blind Side”), Kathryn Hahn (“This Is Where I Leave You”), Keegan-Michael Key (“Horrible Bosses 2”) and Thomas Robinson (“The Switch”).