After six years of keeping our malls safe, Paul Blart (James) has earned a well-deserved vacation. He heads to Vegas with his teenage daughter before she heads off to college. But safety never takes a holiday and when duty calls, Blart answers.

Verastegui portrays Eduardo Furtillo, a Vegas hotel’s seemingly very capable head of security.
Of his character, Verástegui says, “In the beginning, it’s all about himself. He’s a little selfish, very arrogant and full of pride. He thinks he’s the last Coke in the desert. And that’s when Paul Blart comes to save the day and teach us all a lesson. He’ll recognize that Paul Blart is a true hero.”
Verástegui says that at first, taking on a role in this film was a challenge – but one he had help in facing. “English is not my first language,” he says. “You can imagine the challenge for me as an actor – not only is the movie in English, but it’s a comedy. The sense of humor and the rhythm is different in Mexico. But I put myself in the hands of Kevin and director Andy Fickman, and both of them helped me to be free and to give them what they were looking to get from me. They pulled things out of me that I didn’t even know I had.”

Although comedy is not Verastegui’s strongest suit (or so he thought), he gave it a try after his pal Kevin James gave him a call and asked him to participate in the “Mall Cop” sequel. “I received a call [from Kevin] and he was in Florida and he said ‘Eduardo, I’m writing “Mall Cop 2” and I want to write a role for you brother and it’s gonna be a new challenge for you, it’s a comedy but don’t worry,” Verástegui narrates. The two actors previously met while working on the movie “Little Boy” which Verástegui executive produced and starred in as Father Crispin. 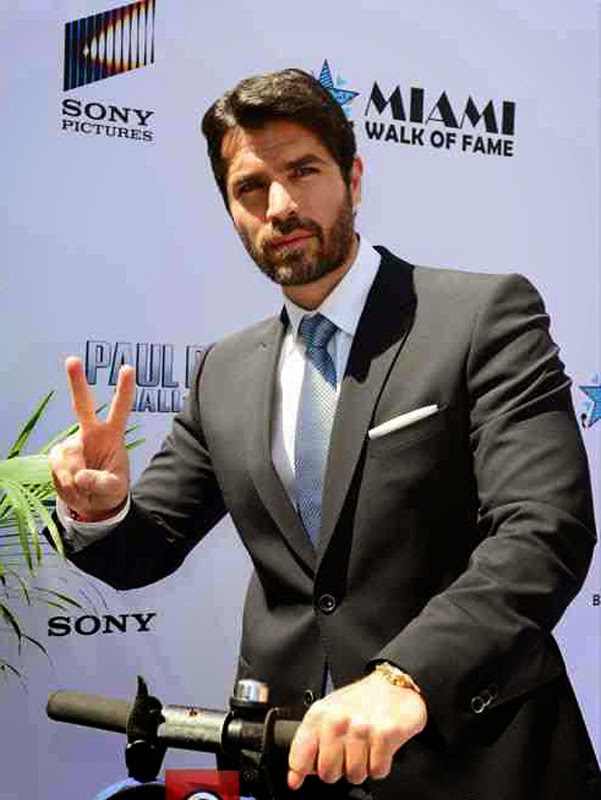 The former telenovela star says he was extremely nervous to take the part since he’d never done comedy, much less American comedy. “I was nervous because I said ‘Are you out of your mind? I mean thank you but I don’t want to ruin your movie’ and Kevin said ‘No, no, no, this is for you! And I’m writing it for you and I’m gonna take care of you.’” Even so, Verástegui decided to part take in the movie because of his friendship with Kevin James and the values the film reflects about family and traditions that have sadly been lost these days.

Verastegui says it’s something he always looking for when searching for new projects to produce. “With my producing company we’re always trying to find movies that not only have commercial potential but can also make a difference in our society by promoting basic values that these days are sadly getting lost. So that’s why, when a movie like “Mall Cop 2” comes along, which is not only a great project but it shows how to be a good father and how you can be your own hero, of course I wanted to take part in it,” the actor explains.

“It’s really hard to find those movies that have those themes and that give more to our audience. We want people to leave the theatres inspired, full of hope, loving more and judging less.”
Born and raised in northern Mexico, Verástegui left home for Mexico City at the age of 18 to pursue a career in entertainment. He toured the world with Latin pop sensation Kairo and is an acclaimed solo artist. In 2004, Verástegui graced the cover of People en Español’s 50 Most Beautiful People edition.

In 1997, Verástegui signed an exclusive television contract with Televisa and appeared on some of the network’s highest rated shows. He followed this success by landing the lead role of Thomas Fuentes in 20th Century Fox’s 2003 film Chasing Papi, alongside Sofia Vergara, Roselyn Sanchez, and Jaci Velasquez. Additional credits include “CSI: Miami” and “Charmed.” He most recently starred in For Greater Glory: The True Story of Cristiada.