ReZirb
Home Entertainment Have You Ever Been Branded As “The Duff” – Designated. Ugly. Fat....

“The Duff” finds Bianca (Mae Whitman) as a content high school senior whose world is shattered when she learns the student body refers to her as ‘The DUFF’ (Designated Ugly Fat Friend) to her prettier, more popular friends (Skyler Samuels & Bianca Santos). With her universe turned upside down, she ignores words of wisdom from her favorite teacher (Ken Jeong) and enlists Wesley (Robbie Amell), a slick but charming jock, to help set her apart from the pack and erase her label forever. In doing so, she hopes to land her crush Toby (Nick Eversman), and find the confidence to overthrow the school’s ruthless label maker Madison (Bella Thorne) by reminding everyone that no matter what people look or act like, we are all someone’s DUFF…and that’s totally fine.

“The Duff” was borne out of the author’s curiosity once she heard of the term ‘duff,’ such curiosity led to a bestselling tome that also started a teenage-empowerment movement. The author considers herself a duff, “When I first heard it…I thought, ‘That’s hilarious and super clever.’” recalls Keplinger, now 23, who will see the film adaptation of her young-adult novel “The DUFF” released Friday. “Then, I thought — ‘Wait, that’s super mean.’ And then: ‘Oh crap, that’s me! I am the DUFF of my group!’” 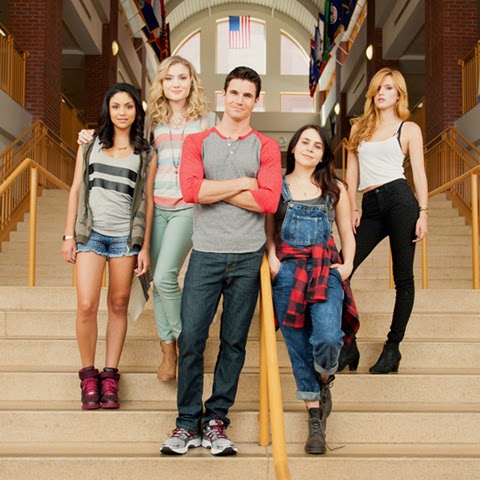 But when she did an informal survey of her pals, she was surprised to learn that she wasn’t alone. “I realized that everyone is insecure and thinks they’re the DUFF,” says Keplinger.

Mae Whitman who plays the titular role in the coming-of-age movie drew inspiration in playing her role from her own experience with bullies. “I was super-nerdy, and I got bullied a lot and labeled a lot,” said Whitman in various interviews, who added that she was a tomboy in high school. “It was not a pleasant experience, which is why I was really passionate about doing this movie.”

Eventually, Whitman learned that “The people who shine the brightest are the ones they try to tear down the most,” she said. When asked if these sorts of stereotypes apply to actors, Whitman noted: “I think it happens all the time in life anyway, but especially in Hollywood, in typecasting and labels and stuff like that. It’s definitely something you have to battle, but that’s why you create movies like this, to kind of create some space under there.”

“The Duff” now showing in cinemas nationwide from Pioneer Films.