Comedian Will Ferrell cemented his place on Hollywood’s Walk of Fame on Tuesday, March 24, by parading his three young sons around his newly minted star plaque.

Ferrell, 47, asked his sons Magnus, Mattias and Axel to take a lap around the star to show off how they looked “like a million bucks.”

“You want to step up and take a tour around and show people off your suits? Just take a little lap, don’t step on the star,” the comedian quipped as the three boys circled the red carpet surrounding the star.

Ferrell received the 2,547th star on the Walk of Fame for his contributions to comedy, from his beginnings as part of the comedy troupe The Groundlings to a cast member on NBC’s live sketch show “Saturday Night Live,” in which he became best known for playing former US President George W. Bush.

He went on to lead films such as “Anchorman,” “Elf” and “The Other Guys,” and also founded the website FunnyOrDie.com with writing partner Adam McKay.

The actor was joined by fellow comedians Molly Shannon and John C. Reilly as he accepted his star, albeit with some faux hesitance.

“It goes without saying that I feel so fortunate, and yet I can’t accept this award. So just cover it up, cover it up for someone else,” he joked, before adding, “I not only accept it, but I will be here every day from 3 to 5 p.m. polishing the star. You can count on that. And on those days that John’s in the neighborhood, he will help me as well.” 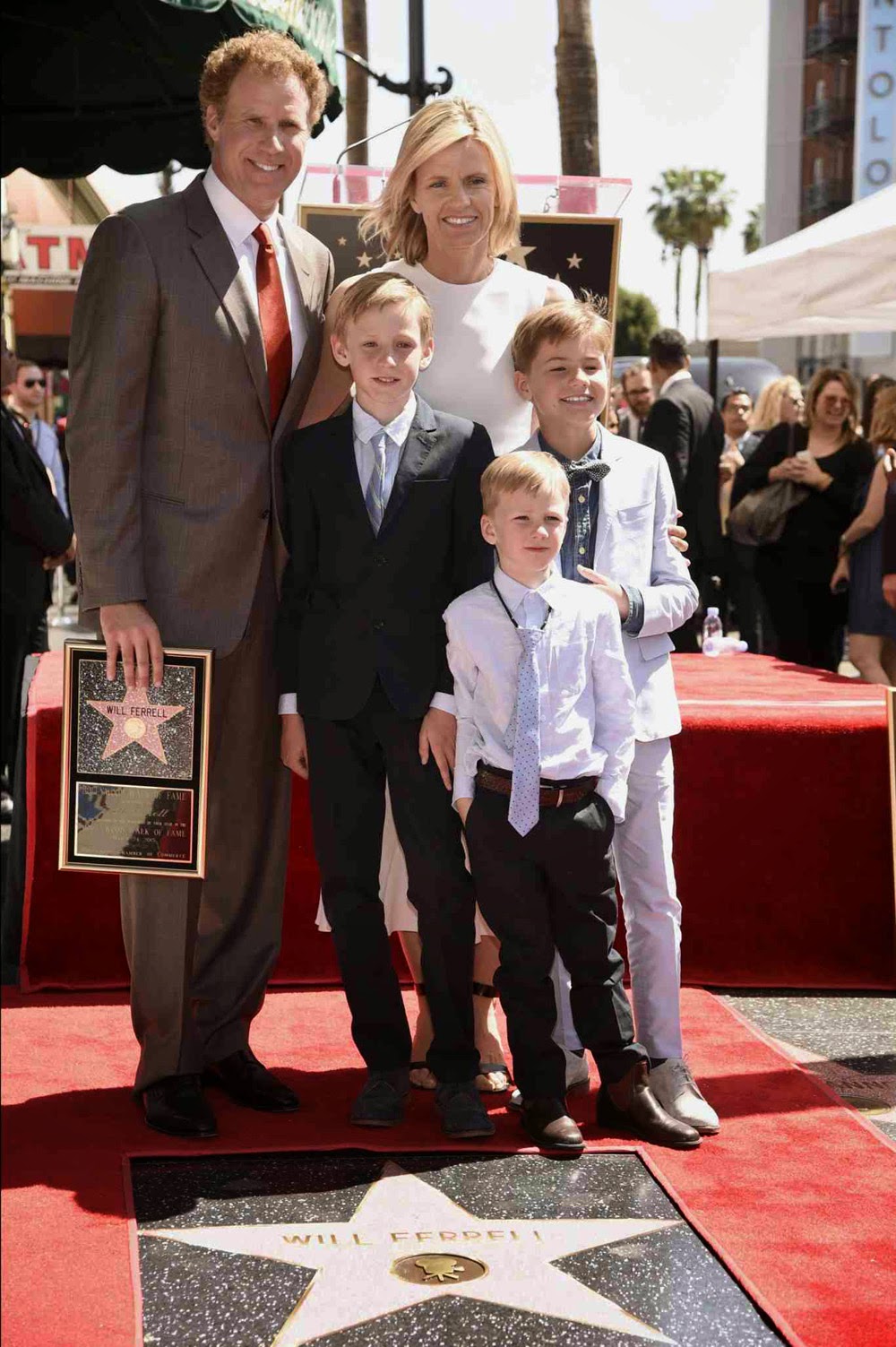 Ferrell will next be seen alongside Kevin Hart in the raunchy comedy “Get Hard,” playing a white collar criminal preparing for life behind bars.

The Hollywood Walk of Fame, a mile-long strip of plaques on Hollywood Boulevard, has honored influential figures in the entertainment industry since 1960.

The plaques which are cemented into the sidewalk can be purchased for $30,000 by the sponsor of a nominee, who is approved by Hollywood’s Chamber of Commerce. The money goes to the Hollywood Historic Trust.

(Opening across the Philippines on April 29, “Get Hard” is distributed by Warner Bros. Pictures, a Warner Bros. Entertainment Company.)