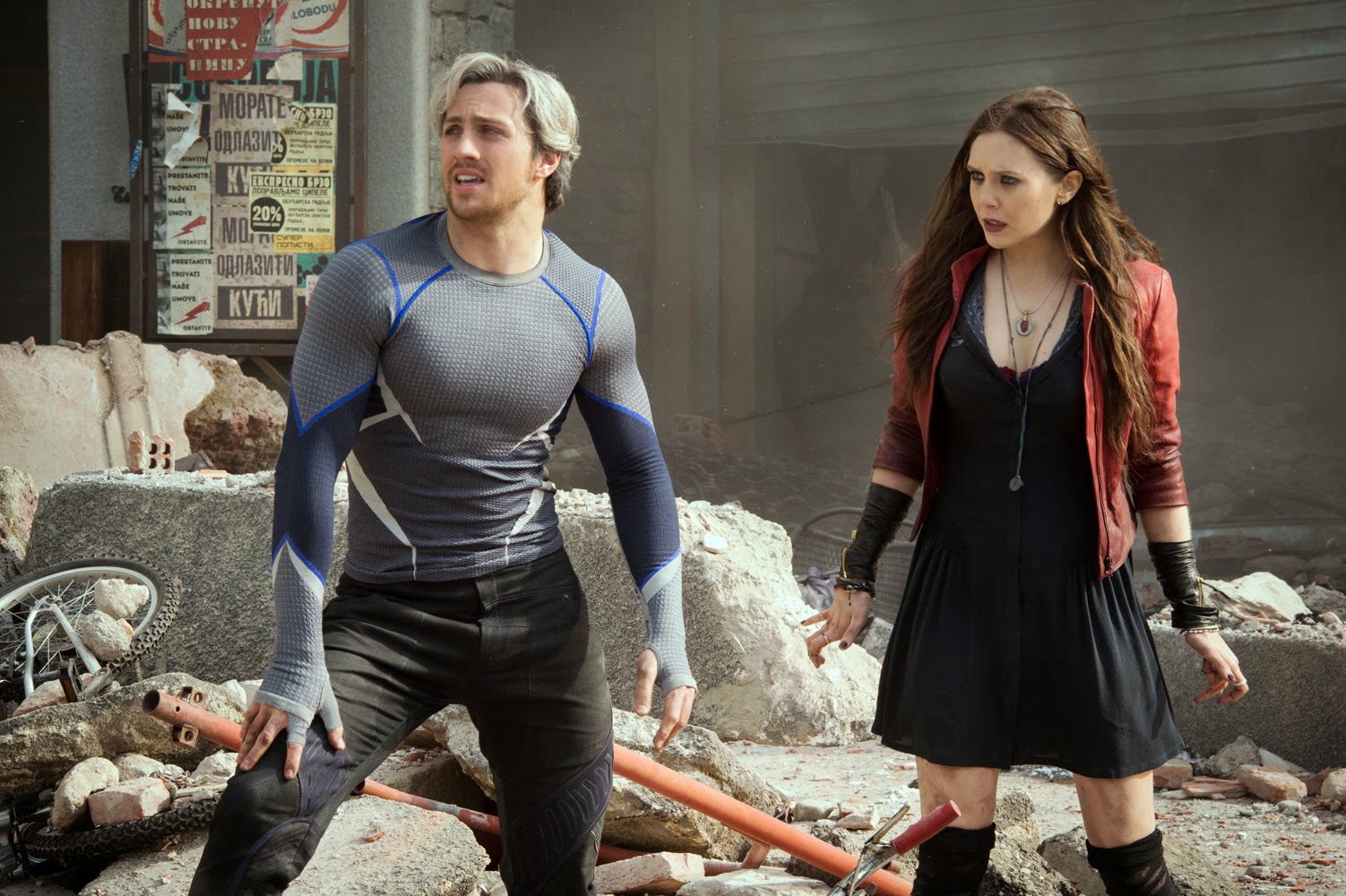 They became box-office movie stars with the release of last year’s monster hit “Godzilla.” Now, Aaron Taylor-Johnson and Elizabeth Olsen make their debut in the Marvel Cinematic Universe when they take on the roles of Quicksilver and Scarlet Witch, respectively, in Marvel’s “Avengers: Age of Ultron.”

One of the loose ends to clean up after the Battle of New York in the first “Avengers” film finds our Super Heroes in Eastern European Sokovia. This is where the Avengers encounter two new characters in the film – Pietro and Wanda Maximoff aka Quicksilver and Scarlet Witch.

Producer Kevin Feige says, “They have a very interesting introduction to The Avengers, which is why we wanted to use them in this film. They are not fans of The Avengers at all. They’re from this Eastern European country known as Sokovia that used to be a S.H.I.E.L.D post, but Hydra has been operating out of and it’s not the nicest organization.”

For Aaron Taylor-Johnson, who was cast as in the role of Pietro aka Quicksilver, having Elizabeth Olsen cast as his twin sister Wanda aka Scarlet Witch in the film was a comforting dynamic considering the longstanding cast of characters. 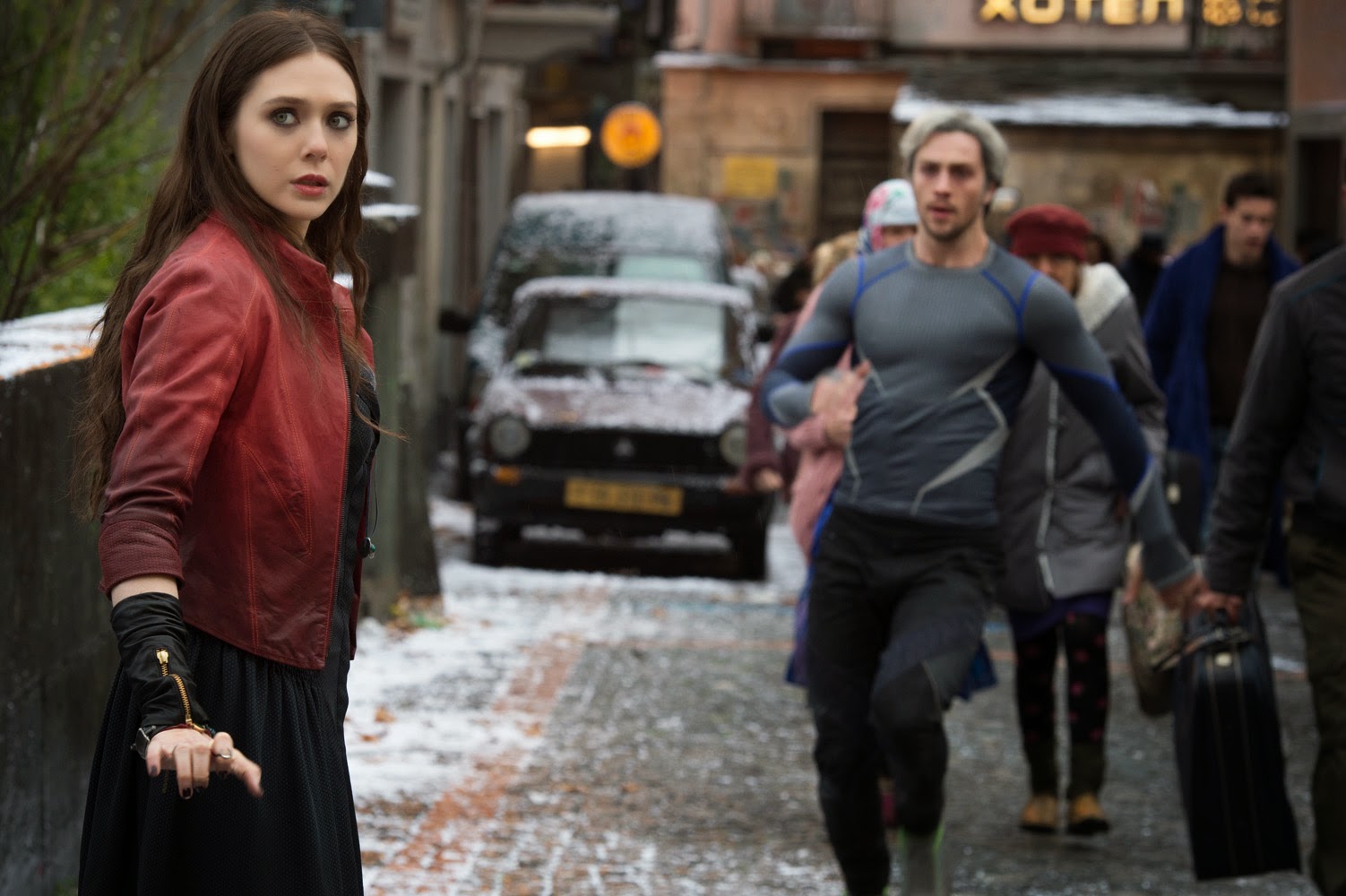 “It’s always a little bit intimidating coming into a big cast like this so it was really great being able to work with Elizabeth Olsen, so much since we just worked together in “Godzilla,’” says Taylor-Johnson. “So it was great to have at least a friend to come into this with so you feel like you’re in the same boat.”

The actor continues, “Quicksilver has been really fun to portray as a Super Hero. His super power is being as fast as the speed of sound, but he’s quick at everything. He’s quick tempered and becomes frustrated with everything because he’s already there. Everything moves too slowly for him. It’s been fun to play with this character and, more importantly, discover who he is.”

On his close relationship with his sister Wanda, Taylor-Johnson says of Pietro, “It’s just them against the world and they can’t do without each other, which is nice. This is also a yin and yang thing. I’m very fatherly and physical and protective over her and she’s sort of that motherly nurturing and caring and more emotional and thoughtful person. They balance each other out. You couldn’t really have Quicksilver without Scarlet Witch. We get along really well and to play a brother/sister thing has been natural and easy.”

“It is interesting to me is how connected and grounded Wanda is with the universe,” says Elizabeth Olsen. “She can also get these messages from parallel universes from the past or the future as well as tap into people’s greatest fears and has the ability to manipulate their mind. That aspect of the character really excited me because it created a huge plot point in this film that she messes with all The Avengers’ heads to such an extent that they have to go away and come back together as a unit. I also liked that Joss Whedon didn’t just throw in new characters just to add more characters. We’re directly connected with the plot, and the story between Quicksilver and Scarlet Witch is such a beautiful, familial story that the two of them only have each other.” 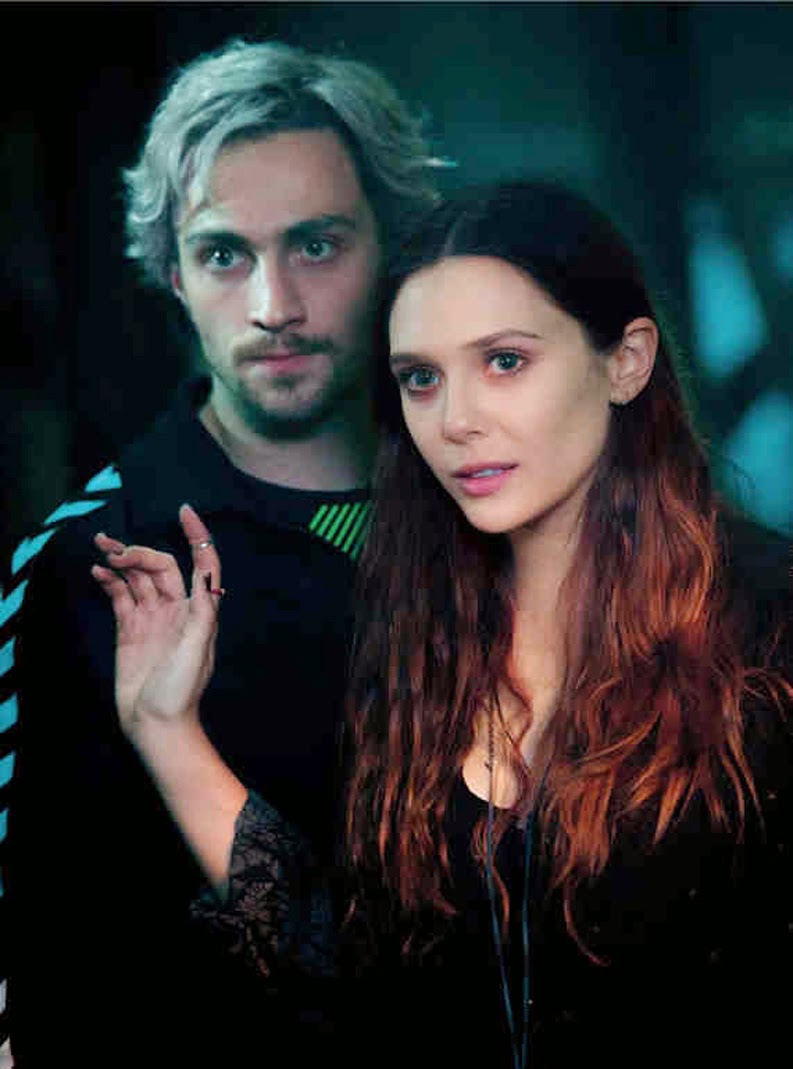 “Wanda and Pietro both have powers we’ve not seen before, explains director Joss Whedon. “Pietro is extremely fast, almost as fast as the Bullet. Wanda’s power is very amorphous and so we took it and said she’s got telekinesis; she can move things and she can have a little bit of energy shielding or pushing and she can get inside your head so that all your worst fears and doubts are going to come to the forefront. That’s a lot of power and I wanted something more than just the ability to punch, but at the same time I wanted people to know: this is as far as she can go with it.”