ReZirb
Home Entertainment SpongeBob, Friends Transform Into Superheroes in “Sponge Out of Water” 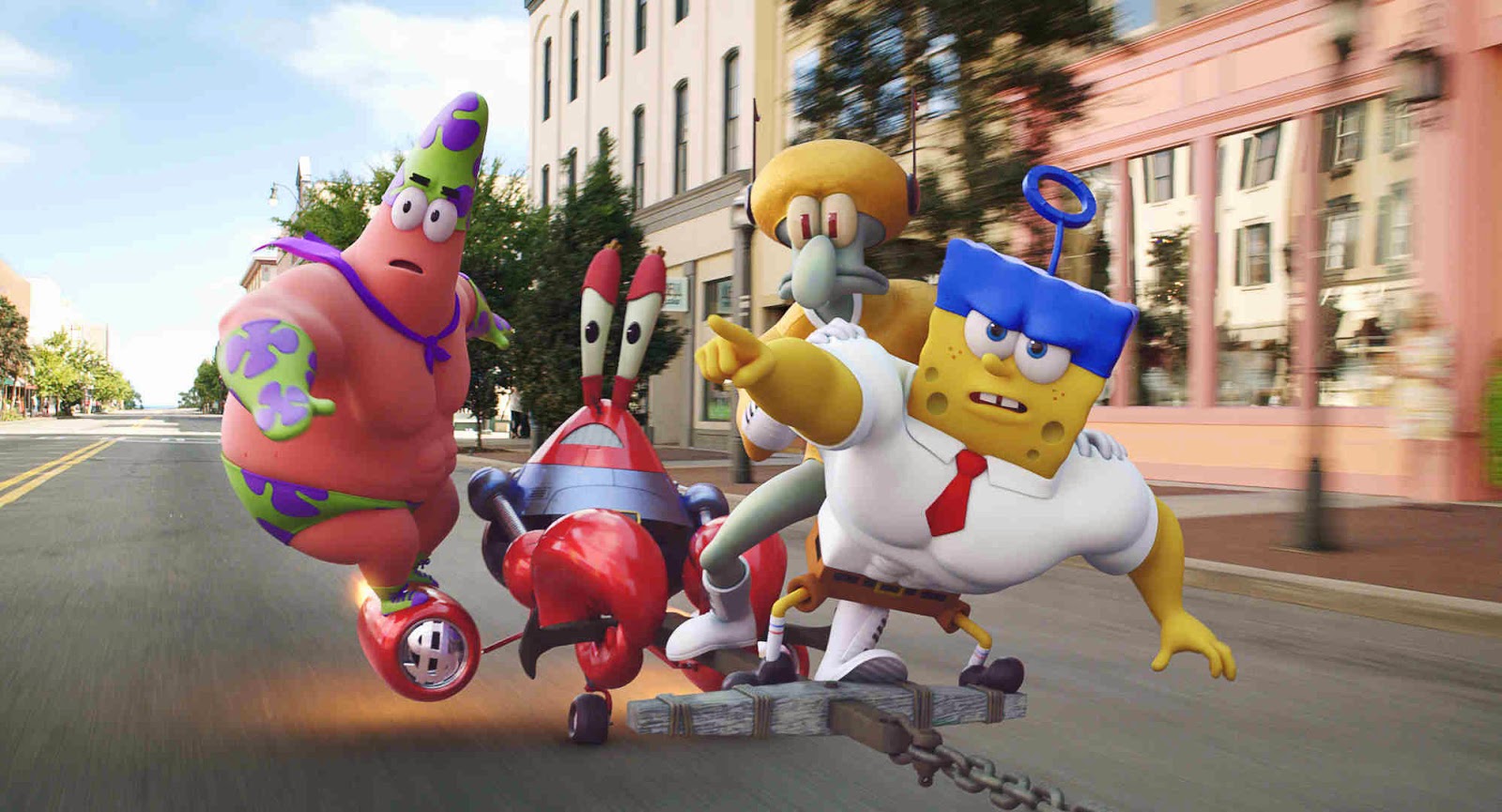 In a series of events that could only happen in a SpongeBob movie, our heroes SpongeBob, Patrick, Squidward, Mr. Krabs, Sandy and Plankton take on superhero personas in Paramount Animation and Nickelodeon Movies’ new comedy adventure “The SpongeBob Movie: Sponge Out of Water.”

The superhero transformation required some reimagining on the part of the filmmakers. The super powers were inspired by each character’s personal interests. “SpongeBob becomes the Incredibubble, because he loves blowing bubbles,” explains series creator Stephen Hillenburg. “Patrick loves ice cream, so his power is to summon it. Squidward plays the clarinet, so he becomes a music based hero named Sour Note. They did a great job capturing the spirit and emotions of these characters.”

“There were also a lot of discussions about how realistic we wanted the characters to appear,” Hillenburg explains. “Should Squidward look like a real octopus? Should Sandy looks like a real squirrel? Eventually, we realized we needed their silhouettes intact, so you could recognize them in their new super hero personas.”

Voice actor Tom Kenny (SpongeBob) remembers his first impression of SpongeBob’s superhero makeover. “The first time I saw these characters, I was onstage at San Diego Comic Con introducing the trailer. I was sitting there in this huge room with thousands of people as the lights went down and the trailer began. At first, there was just stunned silence, but pretty soon, everybody was laughing and cheering. In a room with that many people, it sounded like thunder.”

Below are superpowers descriptions of our Bikini Bottom buddies.

The Invincibubble aka SpongeBob SquarePants. With his powerful bubble blower, he can trap anything he aims at and make it harmlessly float away!

Mr. Superawesomeness aka Patrick Star. This pink menace has telekinetic powers that enable him to control anything made of ice cream.

Plank-Ton aka Sheldon J. Plankton. He has the body of a mega-muscleman, and the strength to match! Too bad his head stayed the same old size.

Sir Pinch-A-Lot aka Mr. Krabs. This super-crustacean has giant claws he can shoot like rockets, and he can transform himself into a rocket-powered flying crab.

The Rodent aka Sandy Cheeks. She’s a giant realistic squirrel with the ability to do super-squirrel things, like spit out cheeks full of roasted nuts like a ra
pid-fire weapon!

Sour Note aka Squidward Tentacles. He has a powerful telescoping clarinet that blasts the most obnoxious note ever played, sending crowds running for cover! 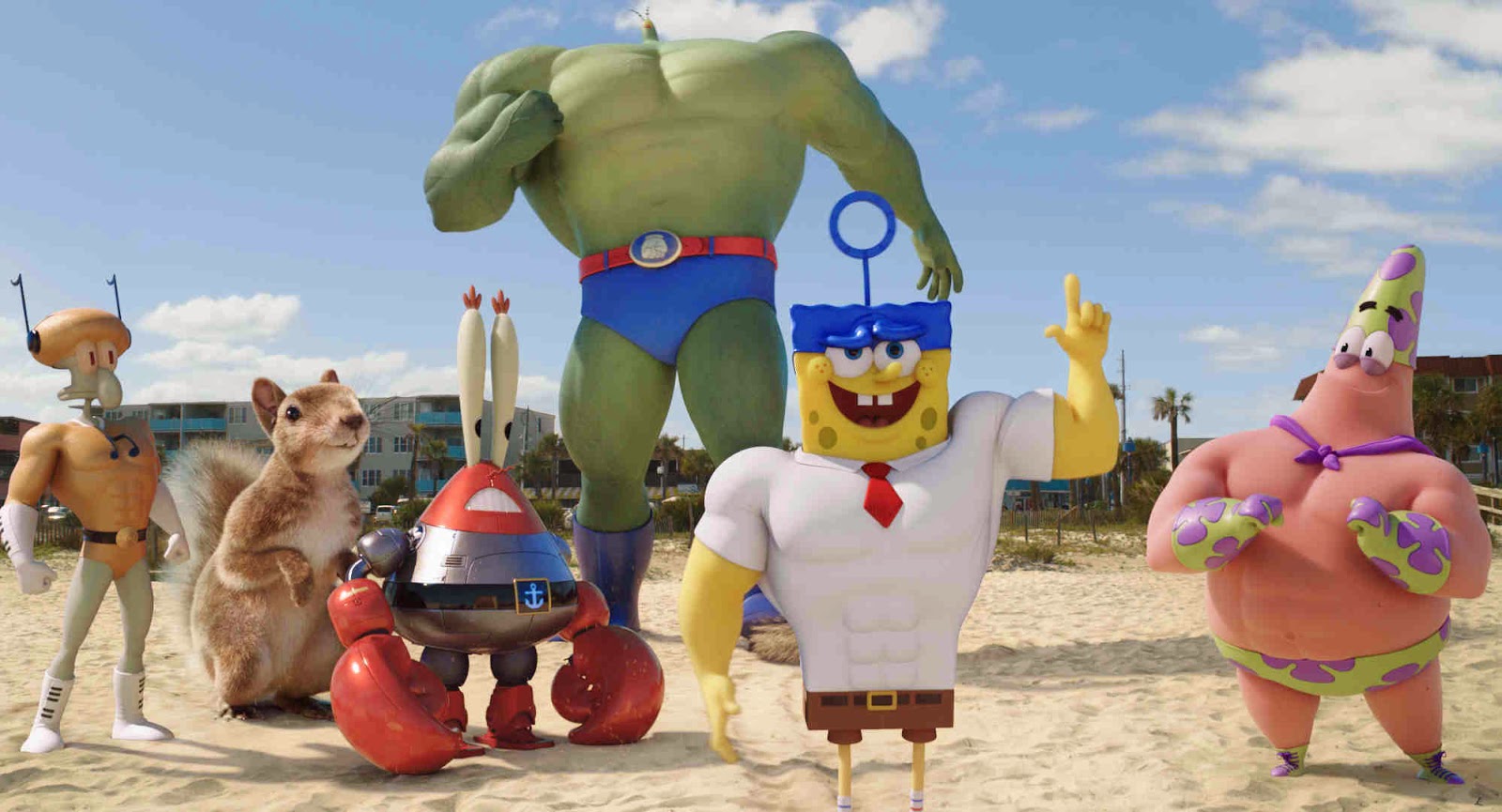