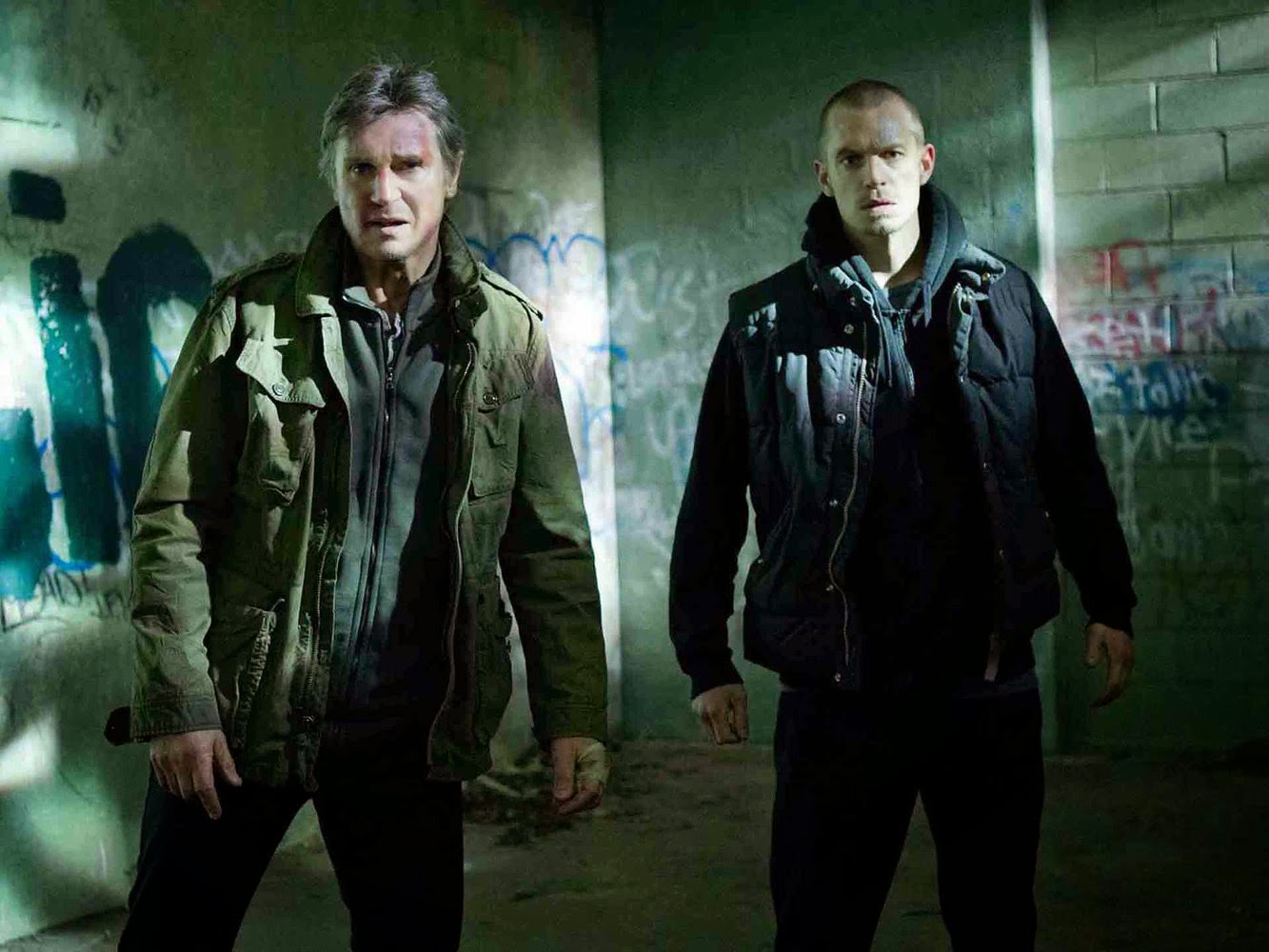 In the film, mob hitman Jimmy Conlon (Neeson) has lived a life of regret, full of things he’s done that he can never take back. Decisions of a moment that haunt his waking hours as well as his dreams and, one way or another, come back around to hurt him…or worse, the ones he loves.

And on this night, one split-second decision will make him run for his life.

Over the course of just one night, must face off with his former mob boss (Ed Harris) in order to protect his son (Joel Kinnaman). In doing so, he sets off an action-packed chase where he is the most wanted man in the city—by both sides of the law.

Neeson describes Jaume Collet-Serra as “like a brother,” and who the actor says, “sees action movies as symphonies.”

Collet-Serra states, “It was one of the best scripts I’ve ever read. Every word came to life. The central story of the fathers’ sins coming back to haunt their sons was evocative and the characters were full of soul.” The director reveals he immediately envisioned Neeson in the role of Jimmy. “It was a no-brainer. Not only does Liam have great range, but he has sons, and I knew he’d connect to the story on a whole other level.”

Neeson admits that the script hit a deeper chord with him, having sons who are at the age of discerning their own paths in life. “I can’t imagine losing their love or trust and I can relate to being willing to do anything—no matter what it takes—to get that back.”

Producer Roy Lee found the story and the creative mix exciting. “It had me from the get-go. One split-second event triggers the dominos and the life-and-death chase to stay alive is on…and one way or another, before dawn, it’s going to play itself out. Jaume is a master at the chase and Ed and Liam are masters at being tough guys.” 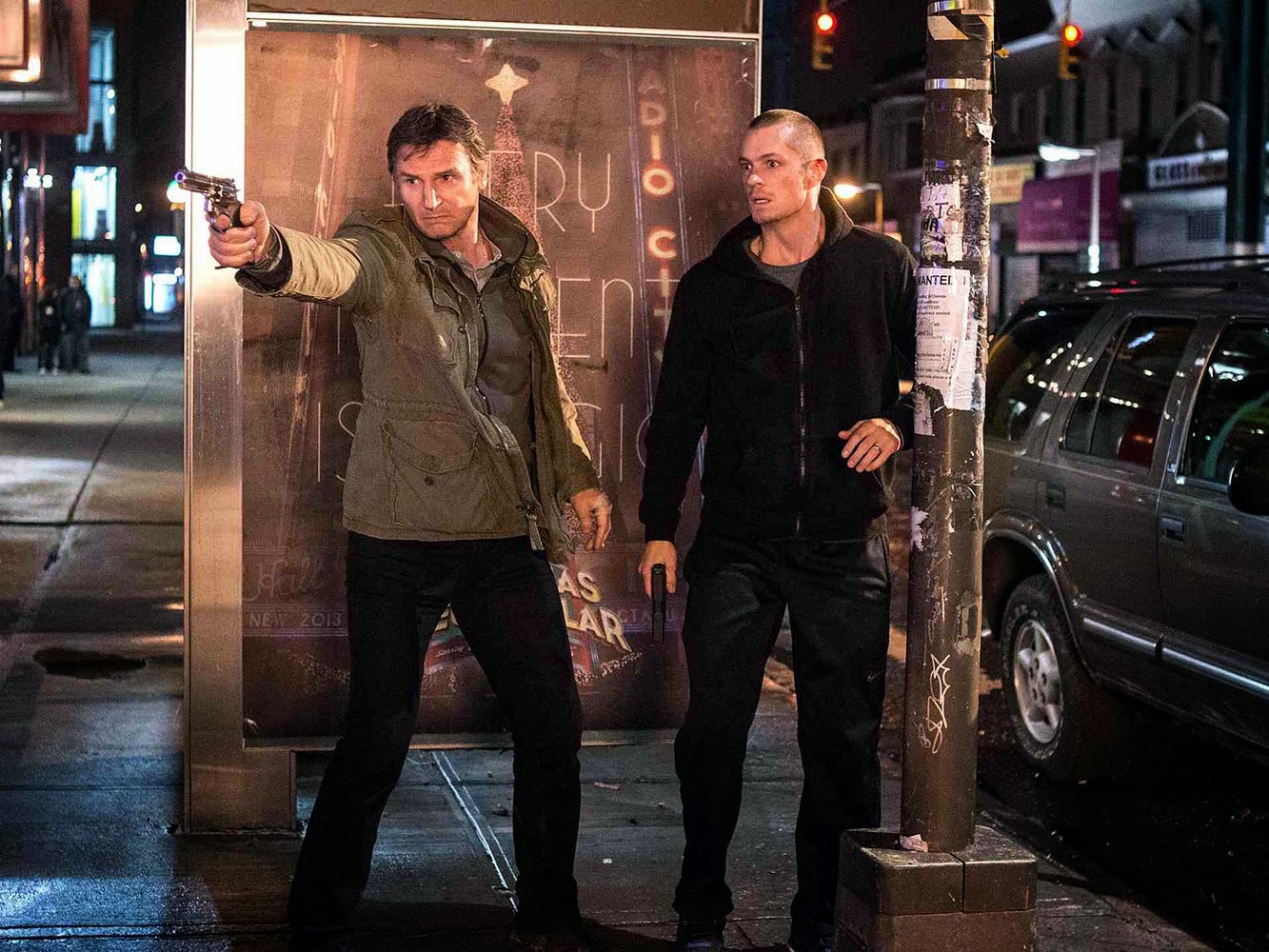 The script came to Lee by way of producer Brooklyn Weaver, who manages screenwriter Brad Ingelsby. Weaver says, “I was absolutely blown-away by the emotionally powerful characters and journey, which he had executed in such a thematically epic manner. On page four I had goose bumps and by page 11 I knew I wanted to make the movie. I really connected to the complex, intertwined story of fathers and sons in the middle of all this great action that kept me turning the pages. I knew Brad’s script would be in great hands with Jaume, Liam, and the rest of the incredible cast.”

Ingelsby wanted to set the deathly conflict against the gritty backdrop of the mafia, explaining, “That world always interested me. Particularly from the vantage point of years down the road, when the repercussions of the choices these guys made when they were young and the full weight of their actions eventually catch up with them.”

Producer Michael Tadross was equally intrigued by the mob element. He adds, “I love these stories because they deal with loyalty and, in this film in particular, how the decisions you make in life really affect your family. You can run from your past, but you can’t hide.”

But maybe, just maybe, you can get a second chance.

Collet-Serra says, “Most people wish they could have at least one do-over, to right some wrong in their life. To actually get that opportunity to redeem yourself is very appealing and everyone can relate to that.”

But Jimmy’s only got one shot at redemption, at having his son not hate him anymore. One shot to live…and one night to pull it off.

Kris Aquino Talks About Her Own Personal List Through “The Kris...