Facebook
Twitter
Google+
Pinterest
WhatsApp
In Warner Bros. Pictures’ new heartstopping thriller “Run All Night,” Liam Neeson stars as mob hitman Jimmy Conlon, who, over the course of just one night, must face off with his former mob boss in order to protect his son.

“I loved how the story is full of action while it also examines the fractured relationships between two men who are like brothers, and a father trying to make amends with his son for things that happened years ago. It was complex and rich, with thrills and spills, and a lot of ‘what ifs,’” says Neeson. “What would have happened if Jimmy had taken this course instead of that course? But that’s the story of all our lives, isn’t it?”

Neeson once again teams up with director Jaume Collet-Serra (“Unknown,” “Non-Stop”), whom he describes as “like a brother,” and who the actor says, “sees action movies as symphonies.”
Collet-Serra reveals he immediately envisioned Neeson in the role of Jimmy. “It was a no-brainer. Not only does Liam have great range, but he has sons, and I knew he’d connect to the story on a whole other level.”

Neeson admits that the script hit a deeper chord with him, having sons who are at the age of discerning their own paths in life. “I can’t imagine losing their love or trust and I can relate to being willing to do anything—no matter what it takes—to get that back.”

Blood may be thicker than water but mafia ties outlast everything. Jimmy knows where the bodies are buried, because he put them there. But his secrets have cost him.

Neeson says of his character, “Jimmy’s part of a group that has a very unique set of morals and a code of ethics that they rigidly stand by. Loyalty is everything. And that’s his great conflict—and also what gets him into trouble. When push comes to shove, who does he choose?” 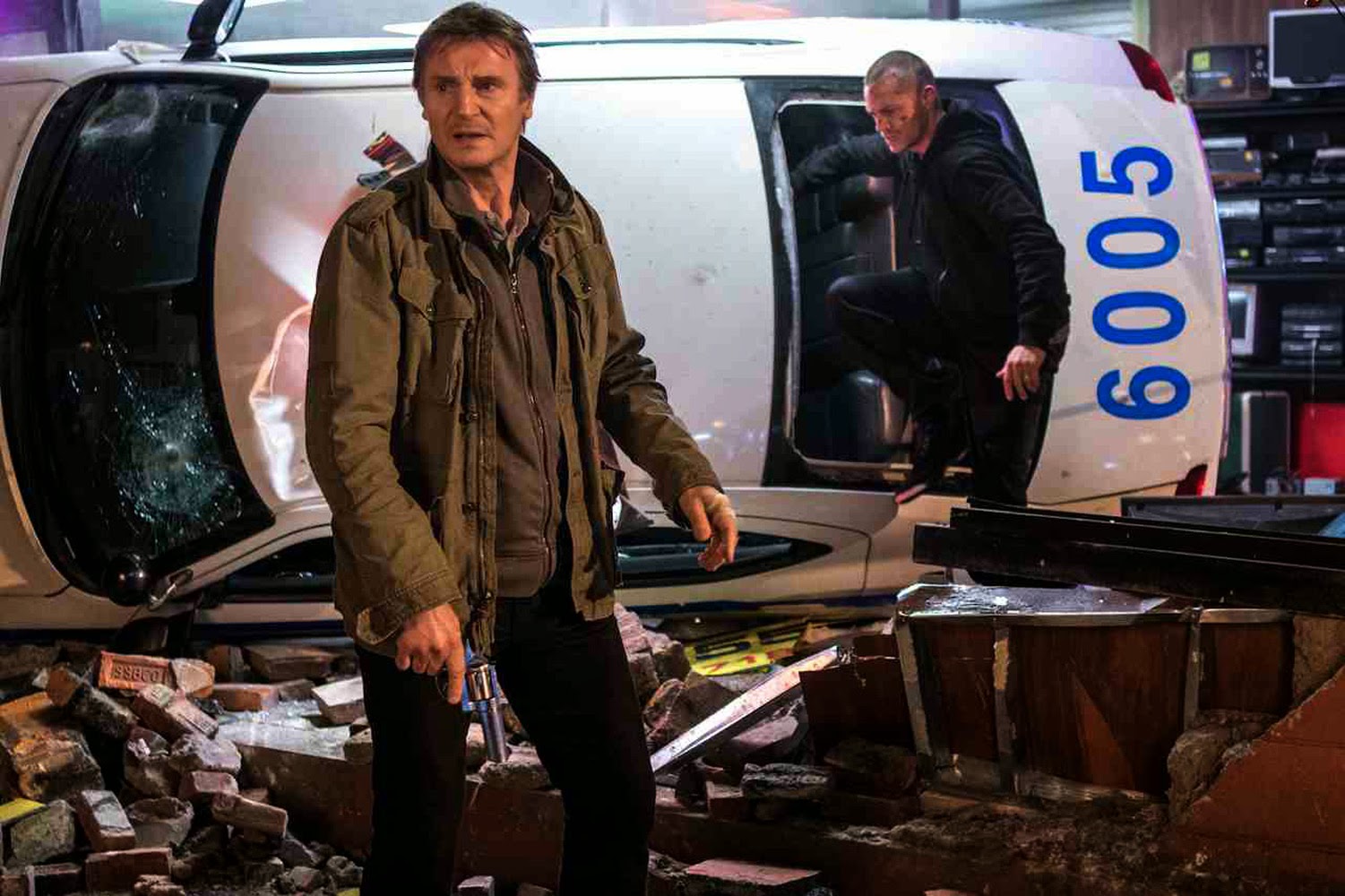 Collet-Serra points out, “Liam has obviously played a father before, but I think the difference with this character is that it’s not just about protecting or saving, it’s about earning back the title. For anybody who’s a father I would imagine losing that can be heartbreaking and you would do anything to reverse the situation.”

“Jimmy’s a remnant of a period that’s long gone, struggling to survive in a modern world that has no room for him anymore,” Neeson describes. “He gave everything up for his job and all he has left are his regrets. The closest thing he has to family now is his boss, Shawn. That’s who he goes to when he needs help, like money to pay the heating bill. That’s who has his back.”

“Jimmy carries a heavy burden, this loyalty to a crime family that is more like his family than his own, by his own choice. It’s a very honorable thing to try to keep that darkness away from his son. So he’s really caught in a bind,” says Collet-Serra. “Day one, first take, Liam brought all that to the character. That’s been my experience with him, on all the movies we’ve worked on. He’s a damn good actor and it’s always a pleasure.”

Trained to kill as a covert operations solider in the military, Jimmy came back home and when things didn’t work out, he fell back on what he knew how to do well.

Neeson offers, “Seeing what he’s seen and doing what he’s done, he could do what other people couldn’t do, so he took care of their dirty work. It’s been a few years now and he may be down, but he’s not out. He’s been involved in life-and-death issues, not just in Vietnam but in the concrete jungle of New York, so at the end of the day, he knows what to do to stay alive. He’s a survivor.”
In “Run All Night,” Brooklyn mobster and prolific hit man Jimmy Conlon (Neeson), once known as The Gravedigger, has seen better days. Lately, it seems Jimmy’s only solace can be found at the bottom of a whiskey glass.

But when Jimmy’s estranged son, Mike (Joel Kinnaman), becomes a target, Jimmy must make a choice between the crime family he chose and the real family he abandoned long ago. With Mike on the run, Jimmy’s only penance for his past mistakes may be to keep his son from the same fate Jimmy is certain he’ll face himself…at the wrong end of a gun. Now, with nowhere safe to turn, Jimmy just has one night to figure out exactly where his loyalties lie and to see if he can finally make things right.