Sponge as Christian Grey? When “SpongeBob Movie: Sponge Out of Water” hits Philippine cinemas on April 4, no blockbuster is safe, as proven by the three spoof posters the studio has released. Check out the one-sheet parodies of “Terminator Genisys,” “Jurassic World” and “Fifty Shades of Grey”!
From Paramount Animation and Nickelodeon Movies comes “The SpongeBob Movie: Sponge Out of Water”, an all new 3D adventure that’s as wild and funny as its name. For the first time, SpongeBob SquarePants, the world’s favorite sea dwelling invertebrate, comes ashore to our world for his most super-heroic adventure yet. 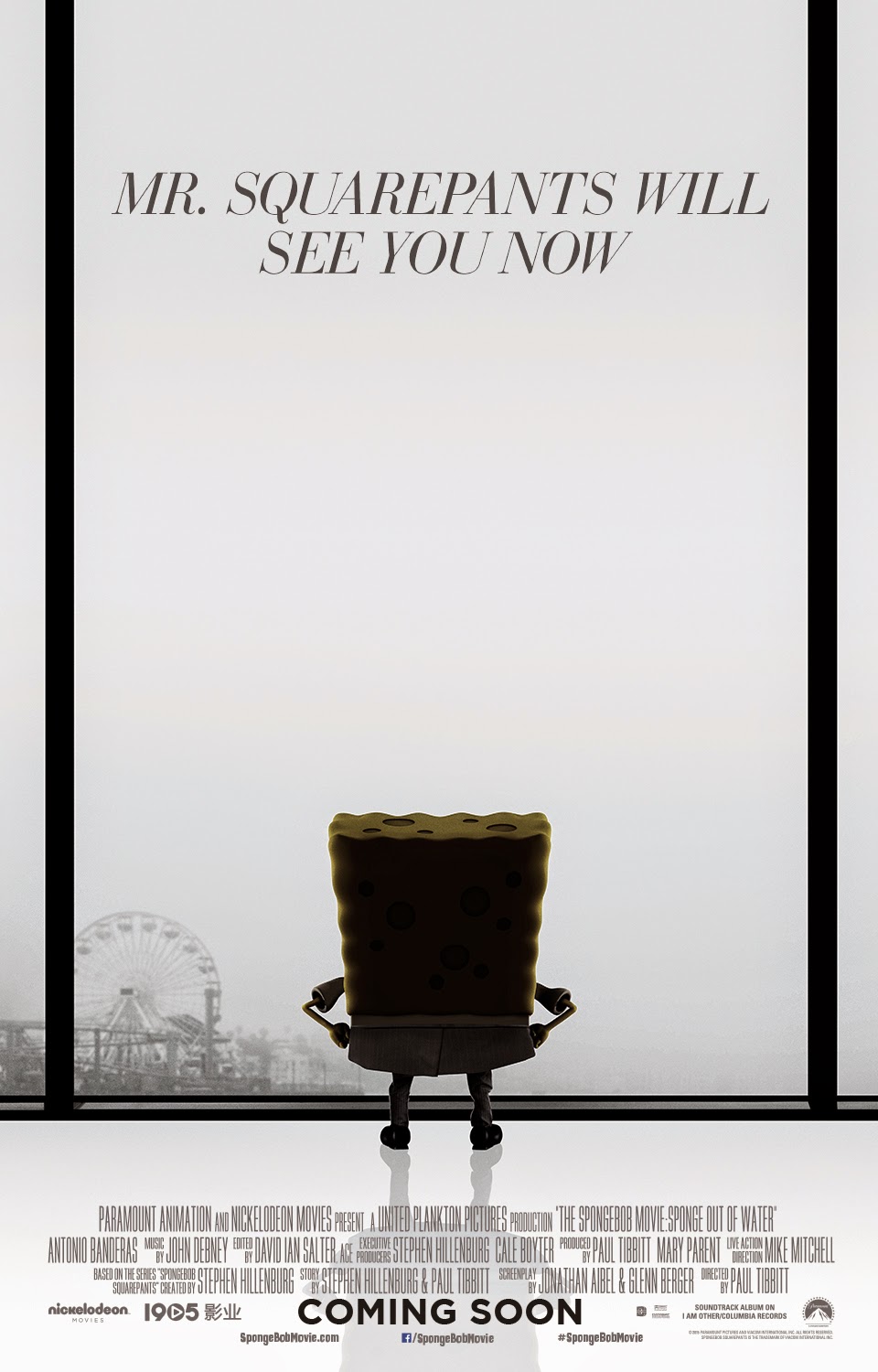 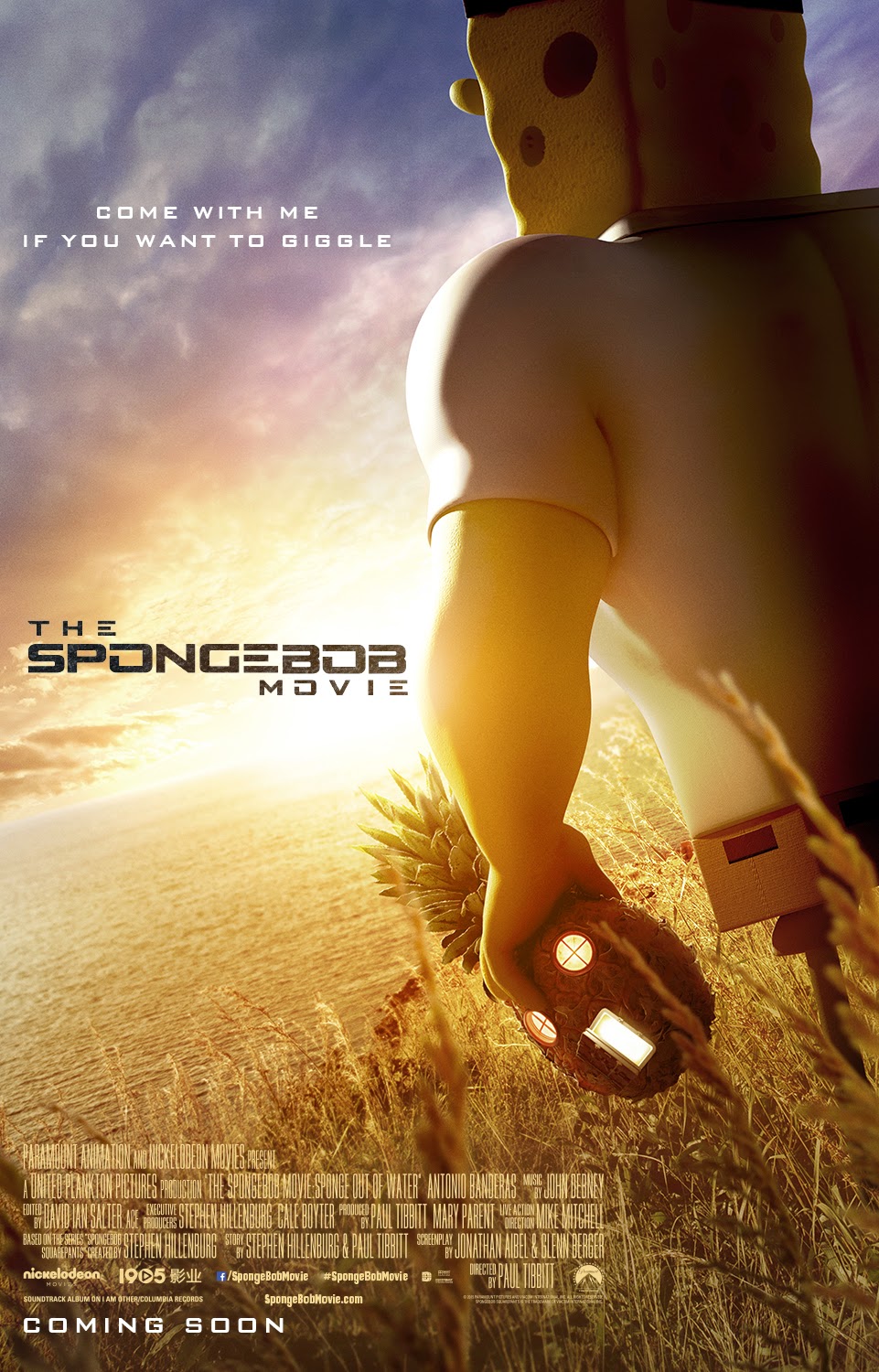 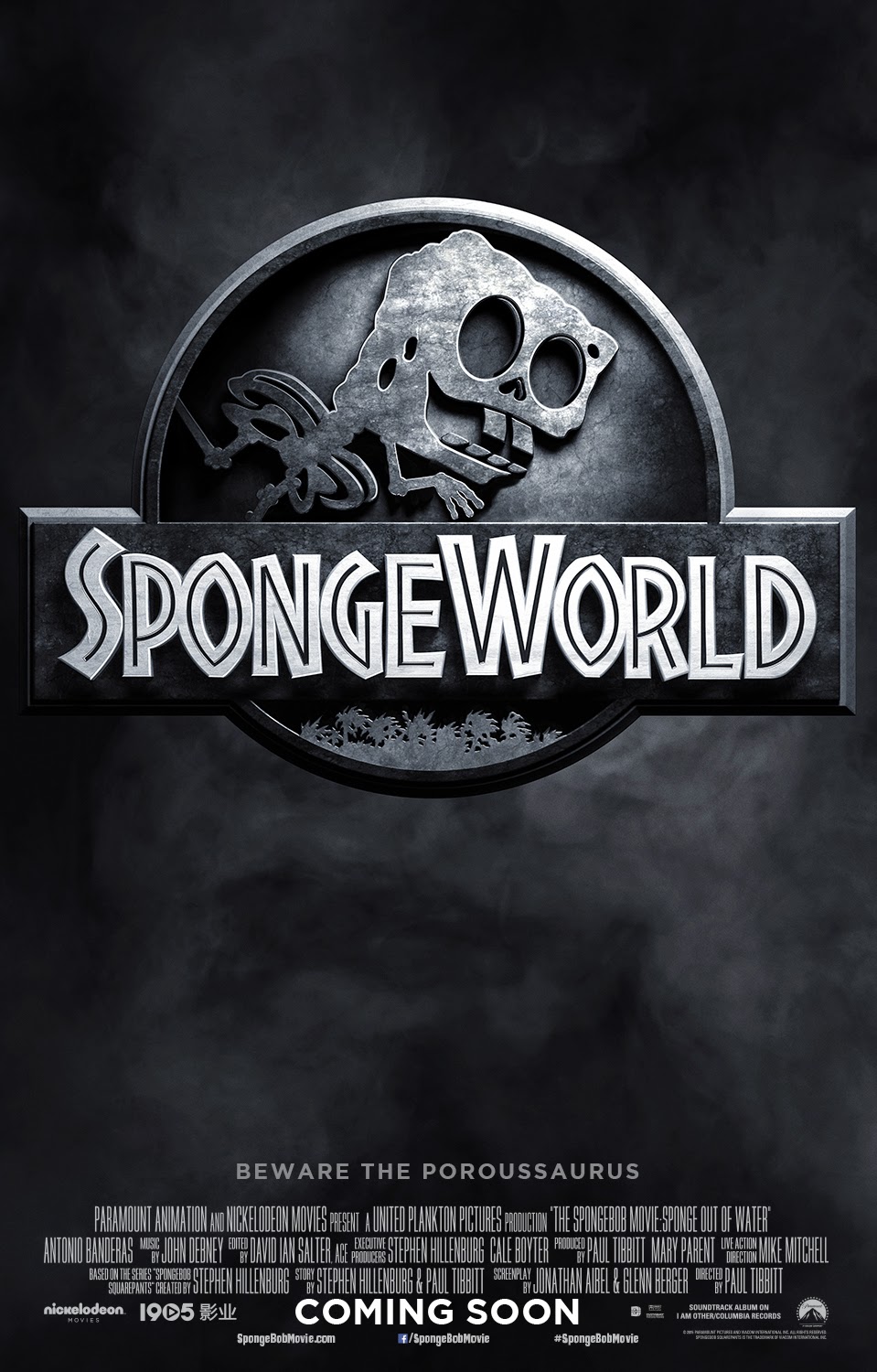 In the film, life in Bikini Bottom couldn’t be better for eternal optimist SpongeBob (Tom Kenny) and his friends: loyal starfish Patrick (Bill Fagerbakke), the sardonic Squidward (Rodger Bumpass), scientist squirrel Sandy (Carolyn Lawrence) and crustacean capitalist, Mr. Krabs (Clancy Brown). When the top secret recipe for Krabby Patties is stolen, eternal adversaries SpongeBob and Plankton (Mr. Lawrence) must join forces on a trip through time and space to harness their internal superpowers and battle fiendish pirate Burger Beard (Antonio Banderas) with his own plans for the delicious delicacies.

Based on the highest rated series in Nickelodeon history and a decades-spanning international phenomenon, director Paul Tibbitt says, “It’s everything you want in a movie. We’ve taken familiar characters and pushed them in completely new directions – it’s a road movie, a superhero movie, and a post-apocalypse movie, and it’s all in 3-D!”