In Paramount Animation and Nickelodeon Movies’ new comedy adventure “The SpongeBob Movie: Sponge Out of Water,” fans will see fully realized, three dimensional versions of their favorite characters for the first time.

“The show has always had an element of animation and live action; animated characters in Bikini Bottom and a few live action segments in our world,” says executive producer and series-creator by Stephen Hillenburg. “But we’ve never done anything on this level.”

“From the beginning, we knew we needed to do something big,” says director Paul Tibbitt of the initial planning stages of “The SpongeBob Movie: Sponge Out of Water.” After years of working within the constraints of a television, the film allowed the creative team to explore new creative possibilities for the series’ classic characters. “We’re used to having these huge ideas for stories which we’d inevitably have to scale back in some way,” explains Tibbitt. “But for the film, we realized we could bring the studio (Paramount) a crazy new idea, and they’d give us the latitude to make it happen. Nothing was off the table.” 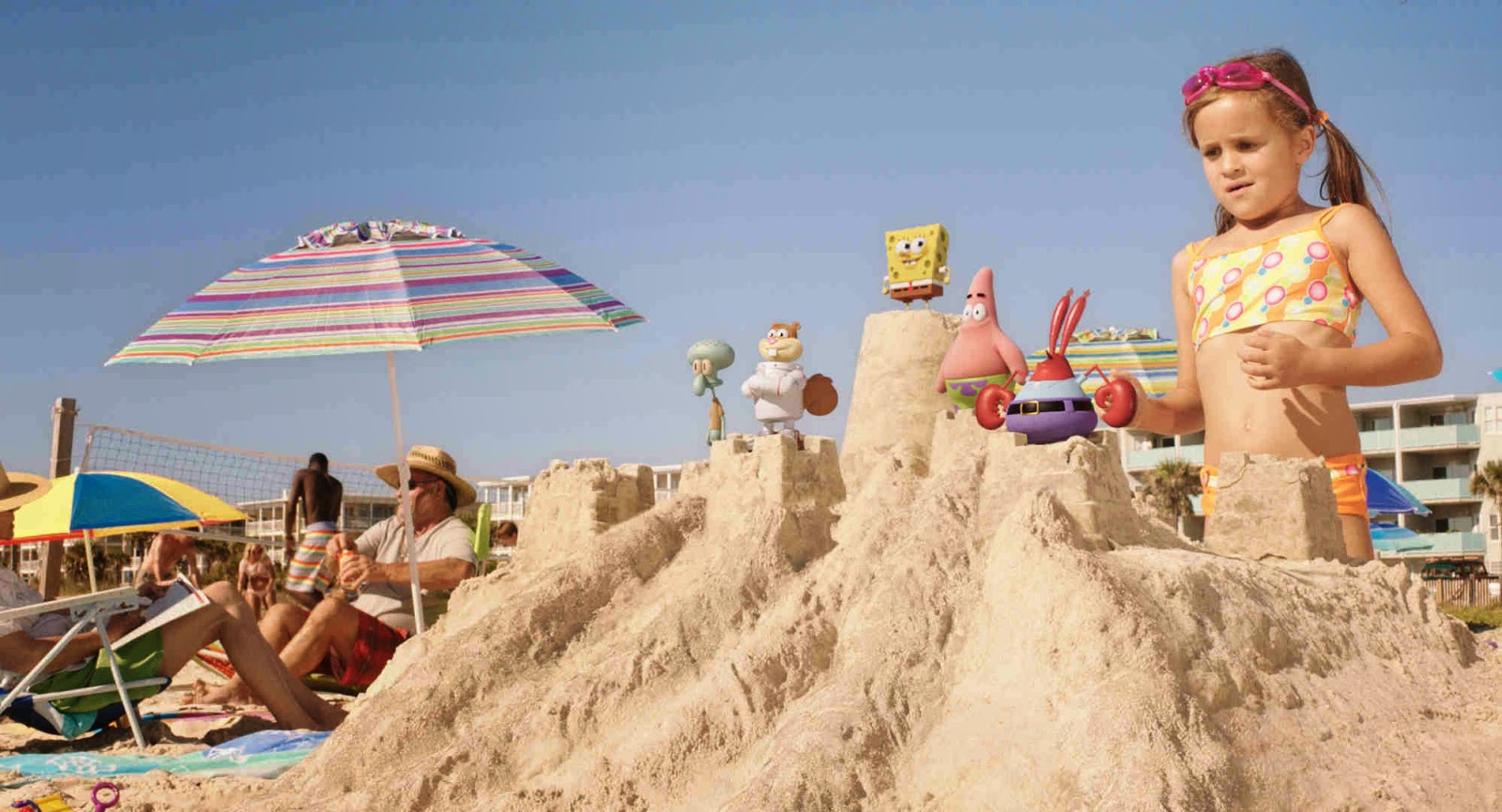 “Everything is a little bigger and better this time around,” says Tom Kenny, the voice of SpongeBob. “But it isn’t a reboot; it’s not ‘SpongeBob Begins.’ We aren’t going to tone down the silliness and get back to SpongeBob’s gritty, butt-kicking roots. If anything, we’ve only gotten sillier.”

“We’ve only briefly seen our characters out of the water in the show and first movie, but they were always in 2-D,” says Tibbitt. “We wanted them to not only leave the water, but this time, actually have some weight and depth. Animation has come a long way since the first film in 2006, and it was exciting to use these new tools to make our characters come to life in our world in a believable way.”
Bill Fagerbakke, the voice of Patrick, comments, “In the past, our characters have been stick figures outside of the water, but this time around, the visual presentation is completely new. Everything is different. It’s like they’re going to Oz.”

Australian Visual Effects house Iloura (who had previously created Mark Wahlberg’s stuffed bear companion in “Ted”) was responsible for bringing the familiar characters to life in the film’s “real world” sequences. “We’ve been blown away by some of the shots in this film,” Tibbitt explains. “Iloura is so good at integrating all the elements and making these characters seem like they’re all in the same world.” 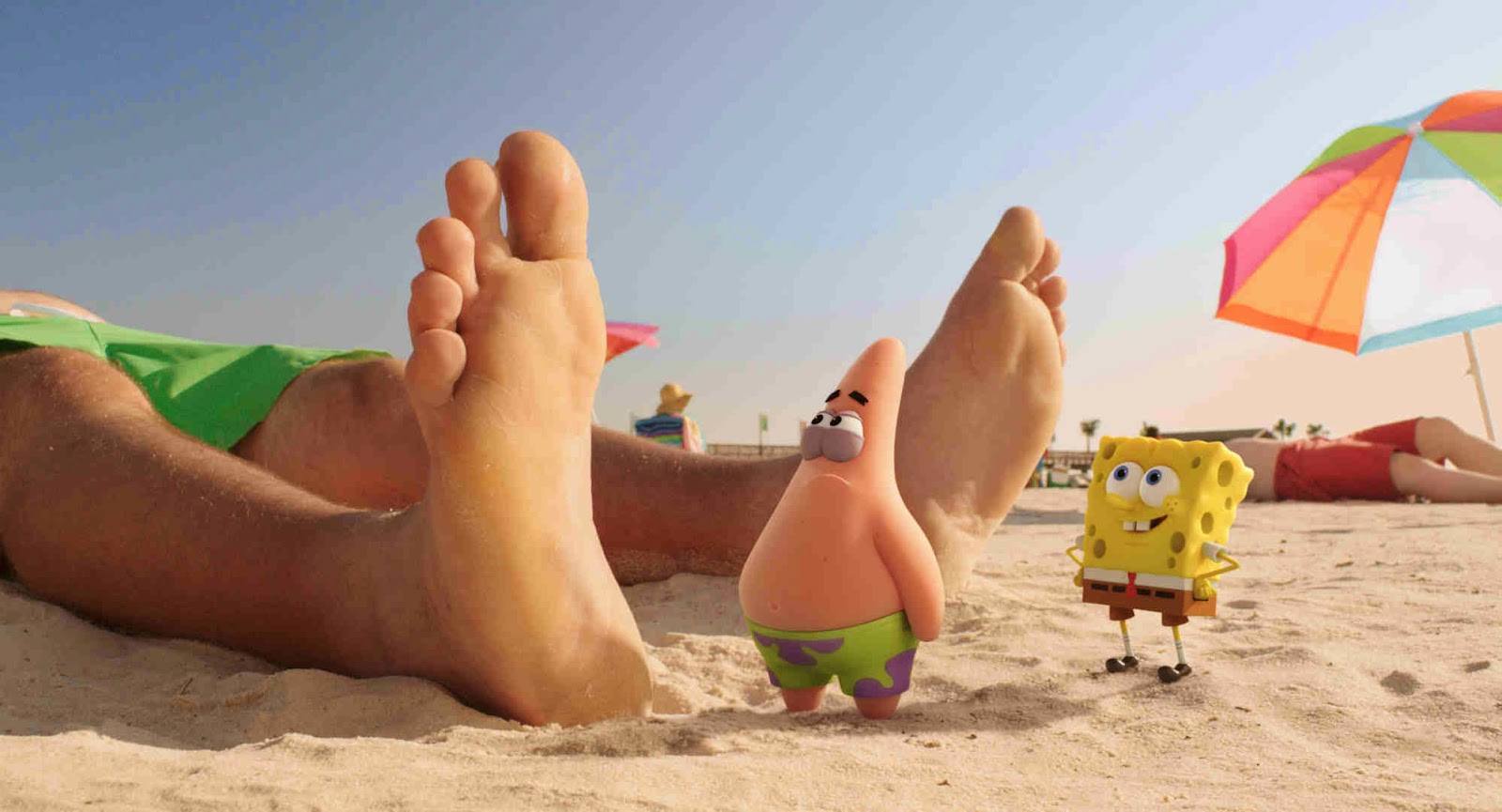 “It’s a radically different visual experience than the fans have ever seen before,” says executive producer Cale Boyter. “But there was a lot of care put into making the 3-D versions of characters stay true to their 2-D roots.”