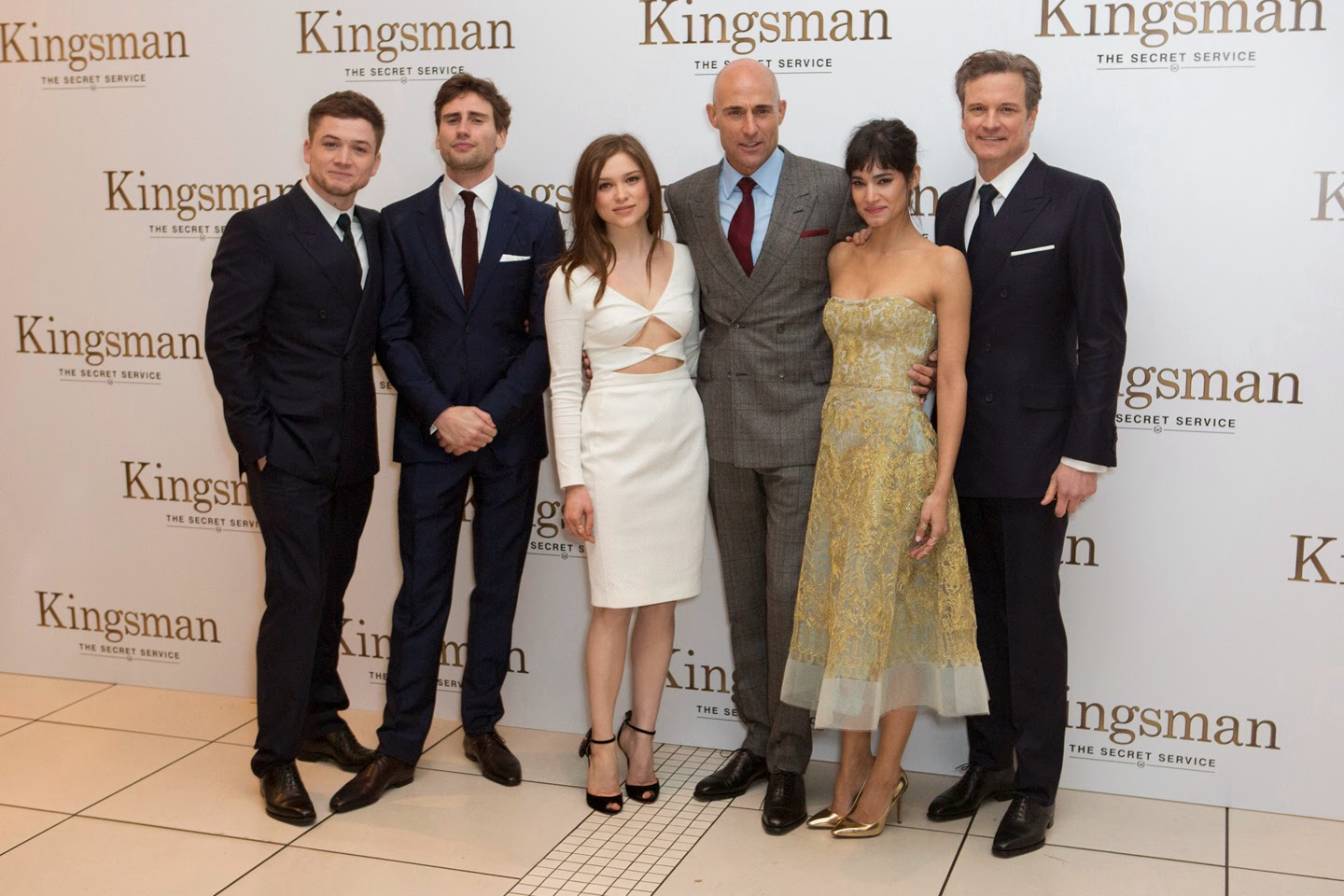 Vaughn is known for taking risks in casting talented unknowns in his movies who have gone on to become major stars such as Aaron Taylor-Johnson and Chloe Grace Moretz who were just starting out on their careers when he chose them for Kick-Ass.

In “Kingsman: The Secret service,” Vaughn once again trusted his instincts when he pluck three newbies to star alongside Caine, Strong, Firth and Jackson – out from more than a hundred of hopefuls, Taron Egerton was chosen to play lead young spy recruit as Eggsy along with Sophia Cookson battling all odds against their young villain counterpart in Sophia Boutella.

When the father of five-year-old Gary “Eggsy” Unwin sacrifices his life in the line of duty during a classified military exercise, his family is given an unconventional medal – and a phone number they may use only once, should they need a favor of any kind. Seventeen years later, Eggsy (Egerton) is an unemployed school dropout living a dead-end existence in his mother’s flat. After he is arrested for joyriding, Eggsy uses the medal to secure his release from jail, and finds himself rescued by Harry Hart (Firth), an impeccably suave spy who owes Eggsy’s father his life. Dismayed to learn of the path Eggsy has taken, yet impressed by his better qualities, Harry offers Eggsy the opportunity to turn his life around by trying out for a position with Harry’s employers: Kingsman, a top-secret independent intelligence organization. 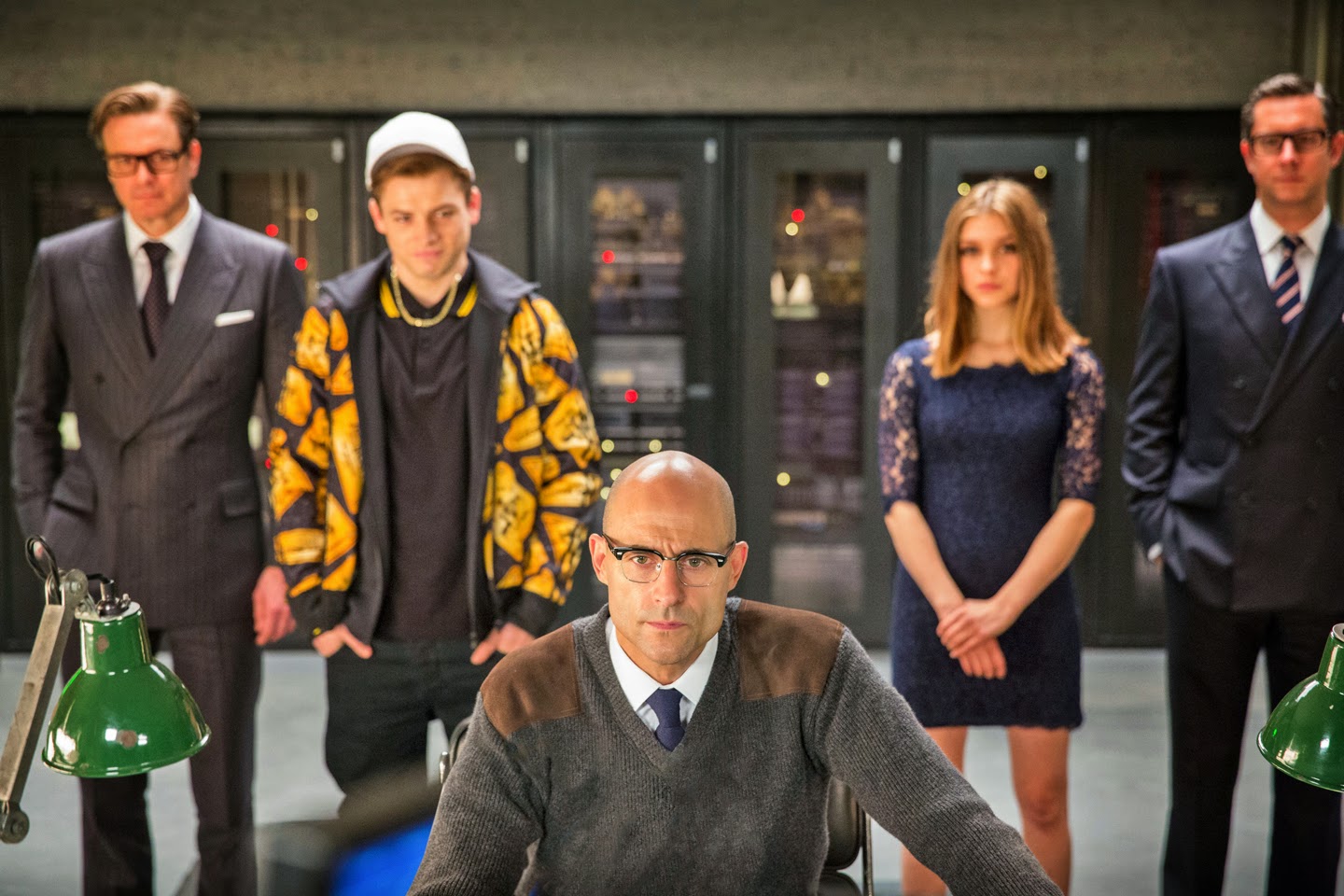 Eggsy must make it through the highly competitive and often perilous series of tests that each prospective new Kingsman agent must pass, while also dealing with the emotional struggle of being a social outcast in an environment where everyone else is well-educated, well-connected and well-mannered. With Harry’s help, Eggsy learns to become both a gentleman and a spy – but will he triumph over his rivals for the coveted position at Kingsman?

Casting a young actor capable of embodying Eggsy and his journey from errant street boy to suave secret agent was an enormous challenge. With the film deep in pre-production and most of the other roles cast, Vaughn was still trying to find his Eggsy. “Finding a talented young actor is hard,” notes Vaughn. “And finding one that can carry a movie is even harder. Taron had never done a movie, but you get a feeling about someone. When Jennifer Lawrence came in to play Mystique [in Vaughn’s X-Men: First Class] she was just 19, but as soon as you turned the camera on her you knew that she had something. It was the same with Taron.”

Egerton described the process of shooting the film as “scary, but wonderful. What more can any young actor want? It really is a dream come true and I feel lucky to be one of the few people in the world who can genuinely say that.”

“Eggsy is a tough role to pull off,” notes Vaughn. “He is a street kid who becomes a gentleman. He must be credible at portraying both, while also being likeable, which isn’t easy. But Taron’s done it with real aplomb.” 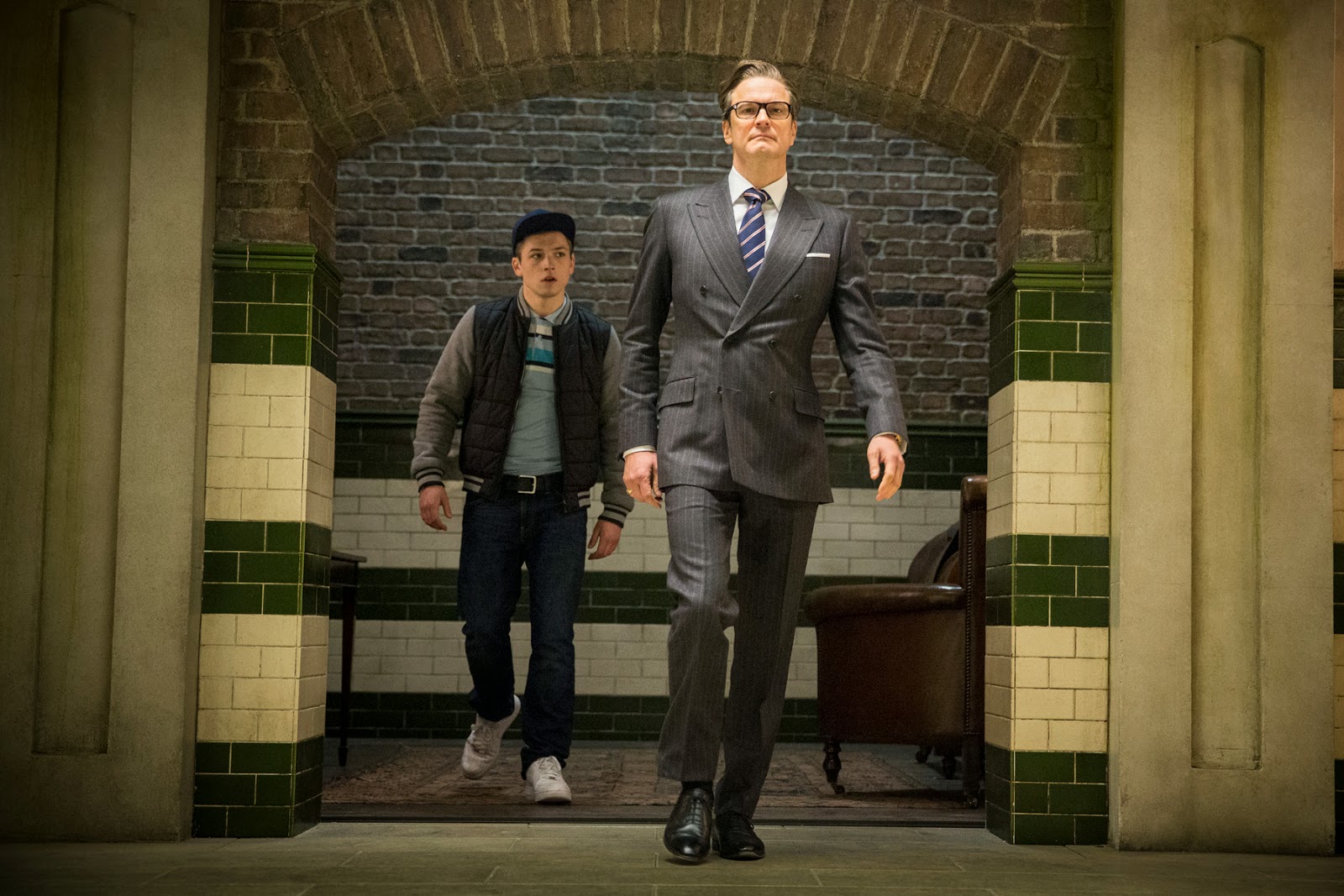 All of the Kingsman recruits give Eggsy a run for his money, but in Roxy, played by Sophie Cookson, Eggsy finds what Jane Goldman calls “a worthy opponent. They’re buddies and rivals and there’s a respect between them. In a way, that’s part of our divergence from James Bond; there isn’t a romance between them and it isn’t just about him bedding women.”

It was this aspect of Roxy’s personality that drew Cookson to the part. “I’m quite tired of reading scripts where women are over-sexualized and it’s all about being an accessory to a leading man,” she explains. “Roxy isn’t like that. She has her own objectives and ambitions and she’s very much her own entity. Roxy is one of two female candidates for Kingsman, so she’s surrounded by a little too much testosterone. She feels an affinity towards Eggsy, even though they’re very different.”

Jackson plays his Valentine role to perfection, but a perfect villain is lost without a great henchman, rather henchwoman beside him in “Kjngsman: The Secret Service” where Sophia Boutella precisely kicks and slashes every encounter with the elite spies to protect her master. Boutella plays Gazelle, a beautiful, super-smart double amputee with deadly running blades. She’s a killing machine. “She’s called Gazelle because she’s in total control of her legs,” explains Algerian model-turned-actress Sofia Boutella, who takes on the role. “Gazelle wears prosthetics that, when she’s fighting, unleash razor sharp blades, which makes her very dangerous.”

In “Kingsman: The Secret Service,” Matthew Vaughn plays with the conventions of a well-known genre – twisting and subverting, but never denigrating, them. Summing up, he says: “It’s a modern love letter to every spy film ever made but told in a very irreverent, fun way. I wanted it to be truly entertaining and capture the spy films of the ‘60s and ‘70s in a modern manner. Kingsman: The Secret Service is very postmodern in the sense it has a lot of references to those films, but it’s reinventing them.”

A new breed of spies will save the world when “Kingsman: The Secret Service” opens February 18 in cinemas nationwide from 20th Century Fox to be distributed by Warner Bros.

The Glass Shatters in the New Poster of “Split”