Colin Firth reveals his other side as a suave secret spy in the non-stop “Kingsman: The Secret Service” directed by Matthew Vaughn (“X-Men: First Class,” “Kick-Ass”) where a super- secret spy organization that recruits an unrefined but promising street kid into the agency’s ultra-competitive training program just as a global threat emerges from a twisted tech genius.

The director warned his leading man that, should he accept the role, there were tough challenges ahead – very tough challenges indeed. “He said, ‘It’s going to hurt and you’ll hate me by the end,’” laughs Firth. “All true!” Firth was indeed about to embark on a role unlike any other that he has tackled during his long, distinguished career, and he clearly loved it. Yes, he says with a smile, there were plenty of occasions when, after a particularly gruelling day, nursing cuts and bruises, he questioned quite why he had taken on an action role in a spy movie, but the rewards were enormous.

In “Kingsman: The Secret Service” Firth heads an all-star cast as Harry Hart, a crack operative with secret independent intelligence organisation. Hart is a British gentleman – a suave sophisticate impeccably attired in the finest Savile Row suits – who also happens to be a formidable spy and, as Firth says, ‘a cold steel killer.”

Firth embarked on months of intensive training to get into peak condition for the all action role. He enlisted the help of his regular trainer, Ed Chow, and the hand picked specialists, led by stunt coordinator Allen, recruited by Vaughn for the film. “It was about six months, three hours a day,” he explains. “Three hours a day, every day with this extraordinary team of guys. I’m not an athlete, historically, at all. This was taking a man in his 50s and starting almost from scratch – not quite from scratch, because I’d done some fairly standard middle aged man’s maintenance, over the years with my trainer. 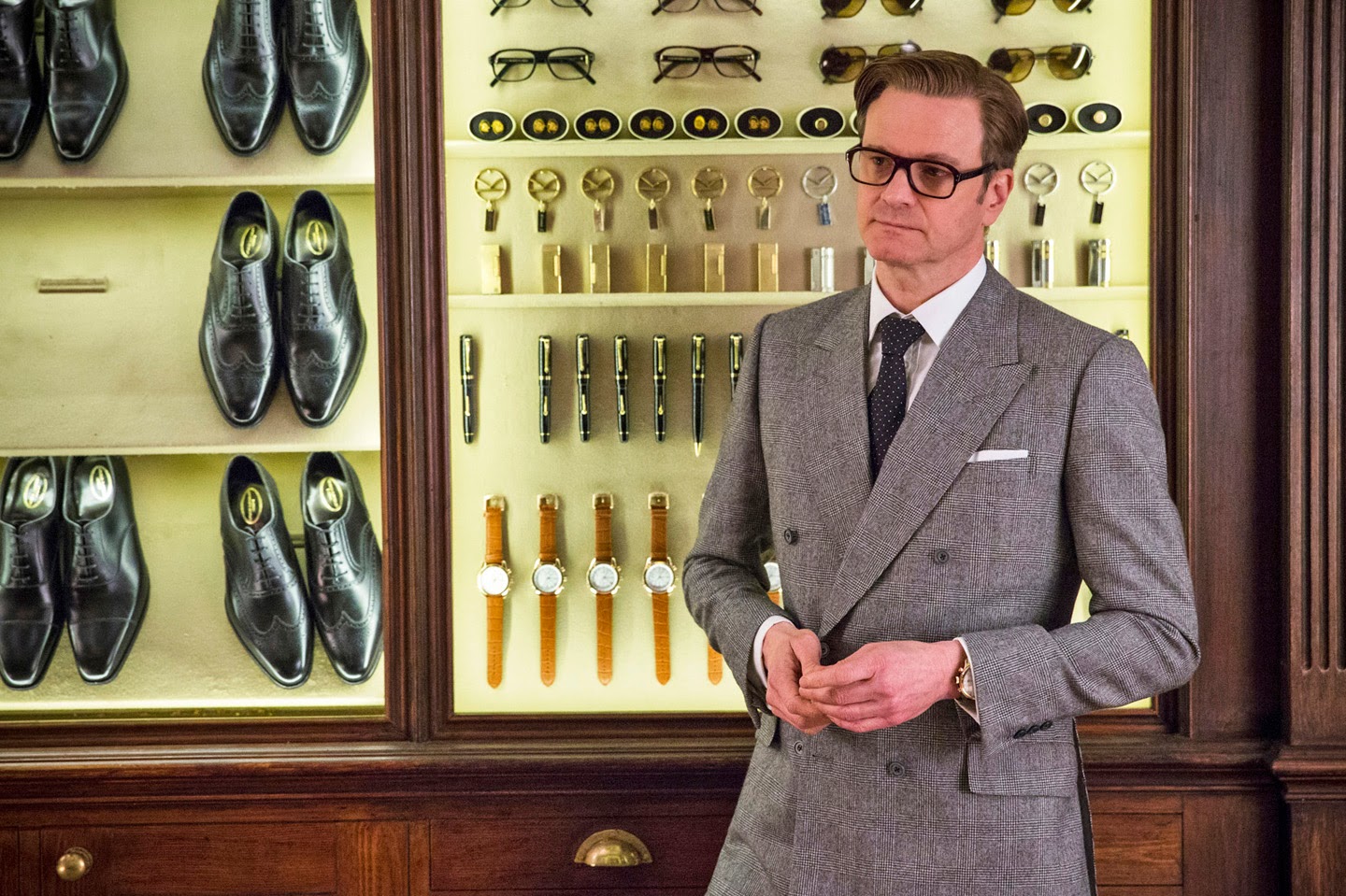 Brad Allan, an Australian martial artist and action choreographer who worked with Vaughn on “Kick-Ass,” coordinated the fight sequences with a team that included a parkour champion and a breakdancer Bradley Allen whom they discovered on YouTube. One of the film’s many standout action sequences is a climactic fight set inside a church, which sees Firth taking out the entire congregation. Incredibly, the scene was done in one take.

Much of the stunt work was a new experience for Firth, whose character moves between high-octane action and pensive stillness. When Harry does get involved in the action, he’s unstoppable – while losing none of his sophistication. “It’s the ‘not a hair out of place’ world of fighting at first,” explains Firth. “Then there’s sheer mayhem, where there certainly are hairs out of place.”

To prepare for the church scene, the production called upon the crack stunt team Firth describes as “the League of Extraordinary Gentlemen. They have their own sets of amazing skills. You have the Jackie Chan-like training team of Brad Allan, who’s one of the finest martial artists in the world, and then we a have a six-times world championship Thai boxer, an Olympic gold medalist gymnast, and someone from the special forces to do the gun training. I didn’t know what hit me.”

Firth’s training regimen took three hours a day, every day, for several weeks. “I was learning to use parts of my body that I’d never used,” he says. “I didn’t even know they existed. It was painful.” 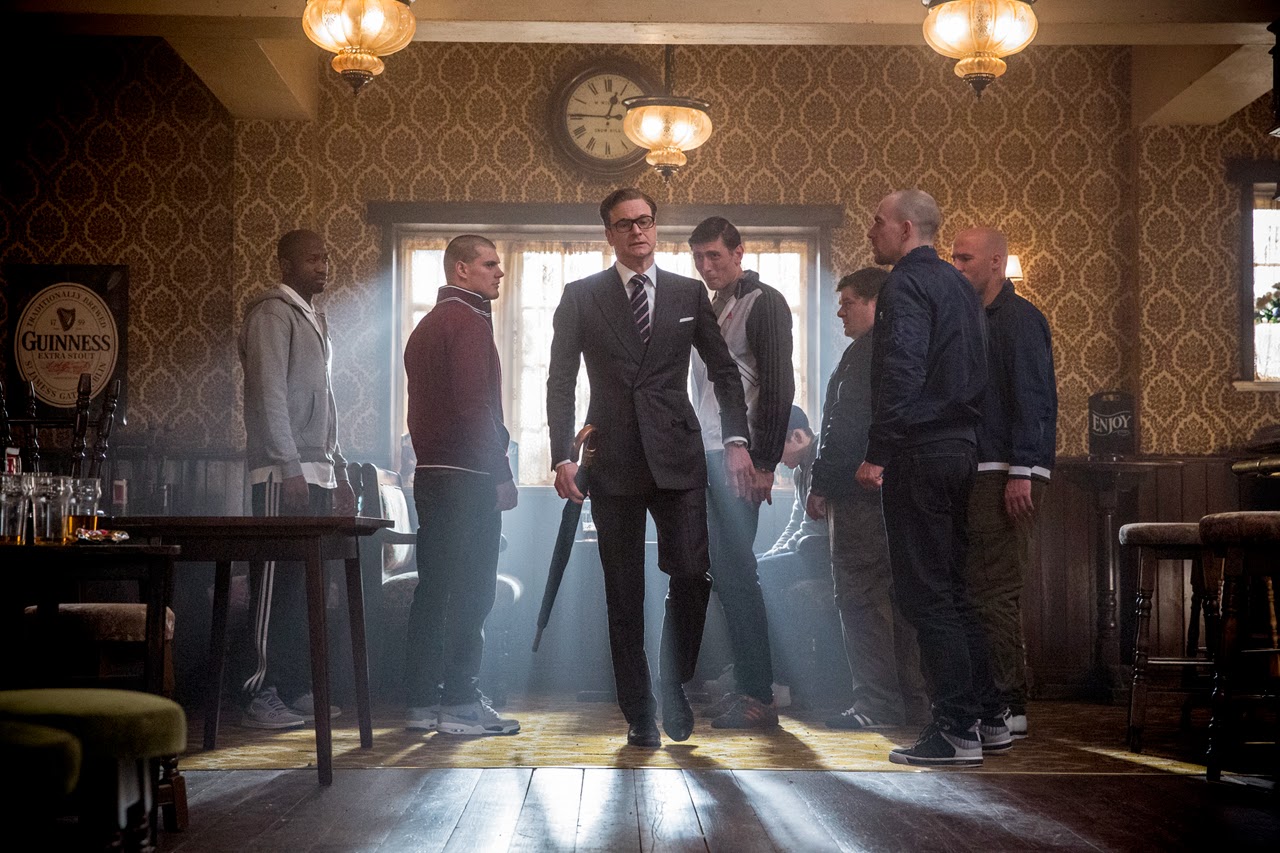 “The stunt people training Colin were incredibly impressed,” recalls writer/co-producer Jane Goldman. “It’s not something he’s done before and yet he was meticulous and so diligent in his training. Colin’s worked harder than anyone I’ve seen before. Not because he had to, but because he really wanted to. He nailed it, and almost none of his action work involved stand-ins.”

Murder On The Orient Express