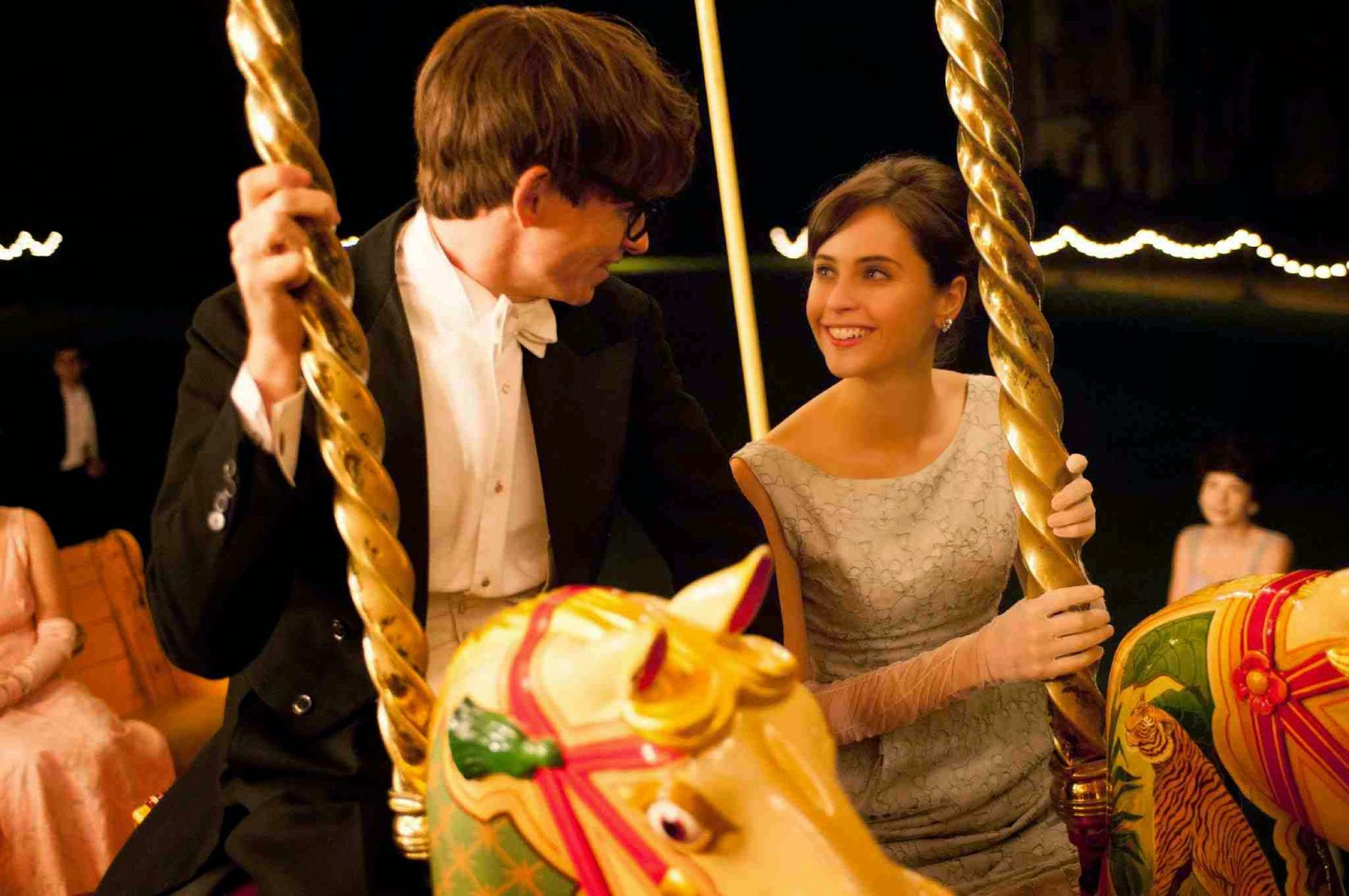 British thespian Felicity Jones is one of five Oscar Best Actress nominees this year, and she accomplishes this feat with a magnificent portrayal of real-life character, Jane Hawking, in Universal Pictures’ “The Theory of Everything.”

To portray Jane Hawking, the filmmakers needed an actress who would face less physical challenges but any number of psychological ones, incarnating the emotions of a pillar of strength.

Director James Marsh notes that “Jane’s beats in the story are all emotional ones. I felt that Felicity Jones would match up well with Eddie Redmayne as actors, which she did, and as a director I found the collaboration with her to be exciting.

“There were many difficult scenes where Eddie would be exposed physically and Felicity would be emotionally exposed. She had to show paradoxical feelings, and that’s tough to do. All at once, she needed to convey what it was like to love someone who is suffering from a debilitating illness as well as the burdens it put on her as a lover and on her career.”

Jones admired the script’s “empathy for human beings. As an actor, I was glad to have the opportunity to play a character across many years.” 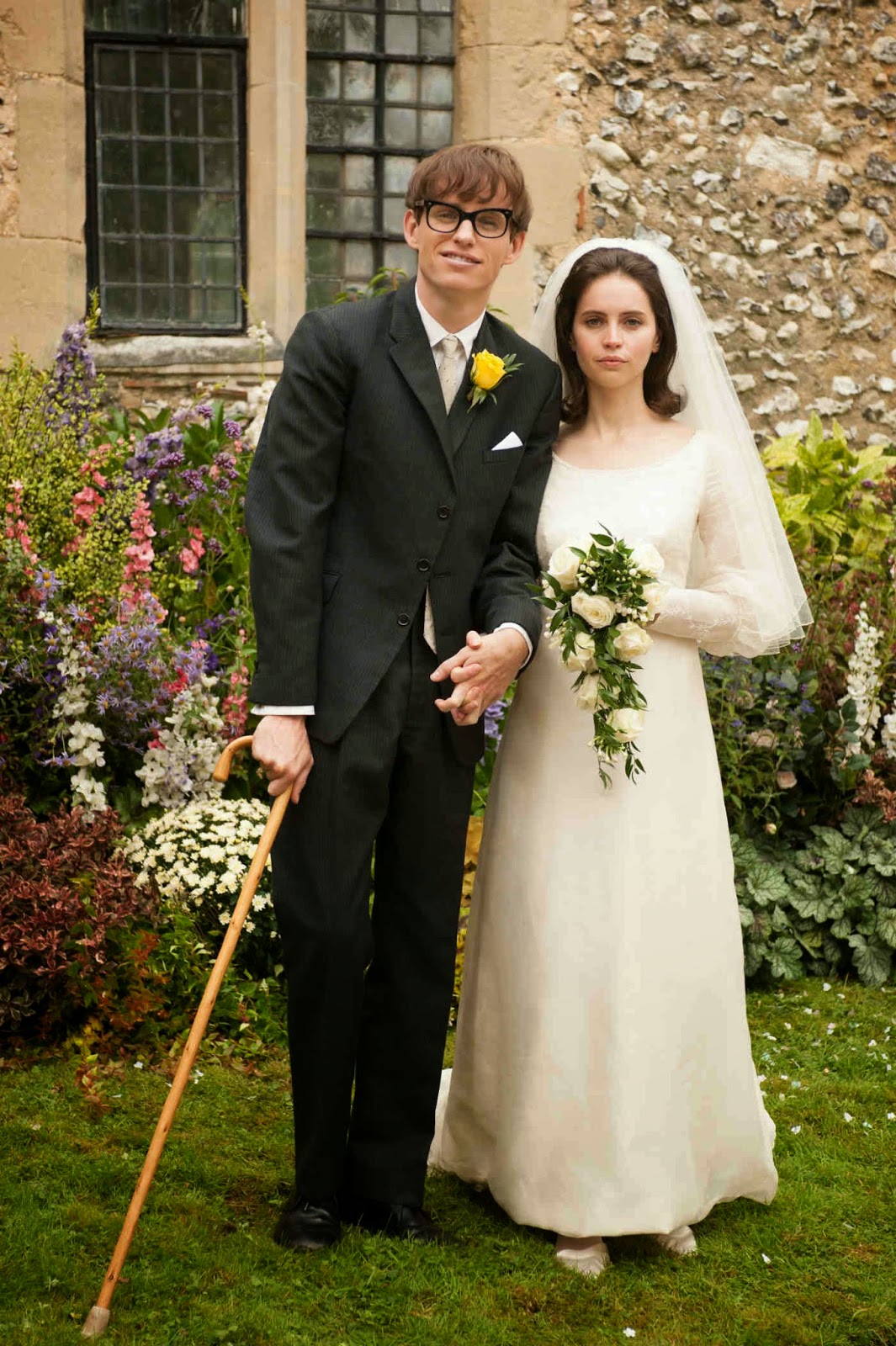 Poring over both script and memoir, the actress made a point of meeting with Jane Hawking early on. “She is someone who never gave up,” offers Jones. “She dedicated her life to Stephen but at the same time retained her own sense of identity. It was important for her to be recognized in her own right, which is why she continued on with her studies while caring for him and raising a family. What this woman accomplished!”

McCarten notes, “Jane met with Felicity several times, and I know that impacted her portrayal. Felicity would convey how much Jane had going on just under the surface the rich, roiling internalized emotions. For her to do such scenes over and over again got her into the mindset of Jane’s powerful ability to hold things together.

“I feel that Felicity captured the Jane I have come to know. There’s an authenticity and a discipline to her portrayal that mirror Jane’s own strengths.”

The love between Jane and Stephen is at the heart of the movie, and the effectiveness of the latter half of the story is enhanced by the glow of the initial romance, particularly the May Ball sequence which is the film’s beautiful centerpiece. Marsh explains, “Their marriage later gets complicated, so we have to believe how madly in love Stephen and Jane were from the start. There had to be great vulnerability and tenderness on both sides.”

Jones states, “I believe there was an immediate sexual attraction between Stephen and Jane, but at the same time there was a meeting of the minds. I think they challenged each other as well; there was a competitiveness between them, which often happens between two people who are quite intelligent and quite different and all of that helped bond them together.”

“The Theory of Everything” is nominated five times in this year’s Academy Awards including Best Picture, Best Actor, Best Actress and Best Adapted Screenplay.

Once a healthy, active young man, Hawking (Redmayne) received an earth-shattering diagnosis at 21 years of age. With Jane (Jones) fighting tirelessly by his side, Stephen embarks on his most ambitious scientific work, studying the very thing he now has precious little of – time. Together, they defy impossible odds, breaking new ground in medicine and science, and achieving more than they could ever have dreamed.

“The Theory of Everything” will be shown exclusively at Ayala Malls Cinemas nationwide starting February 25. The film is distributed by United International Pictures through Columbia Pictures.