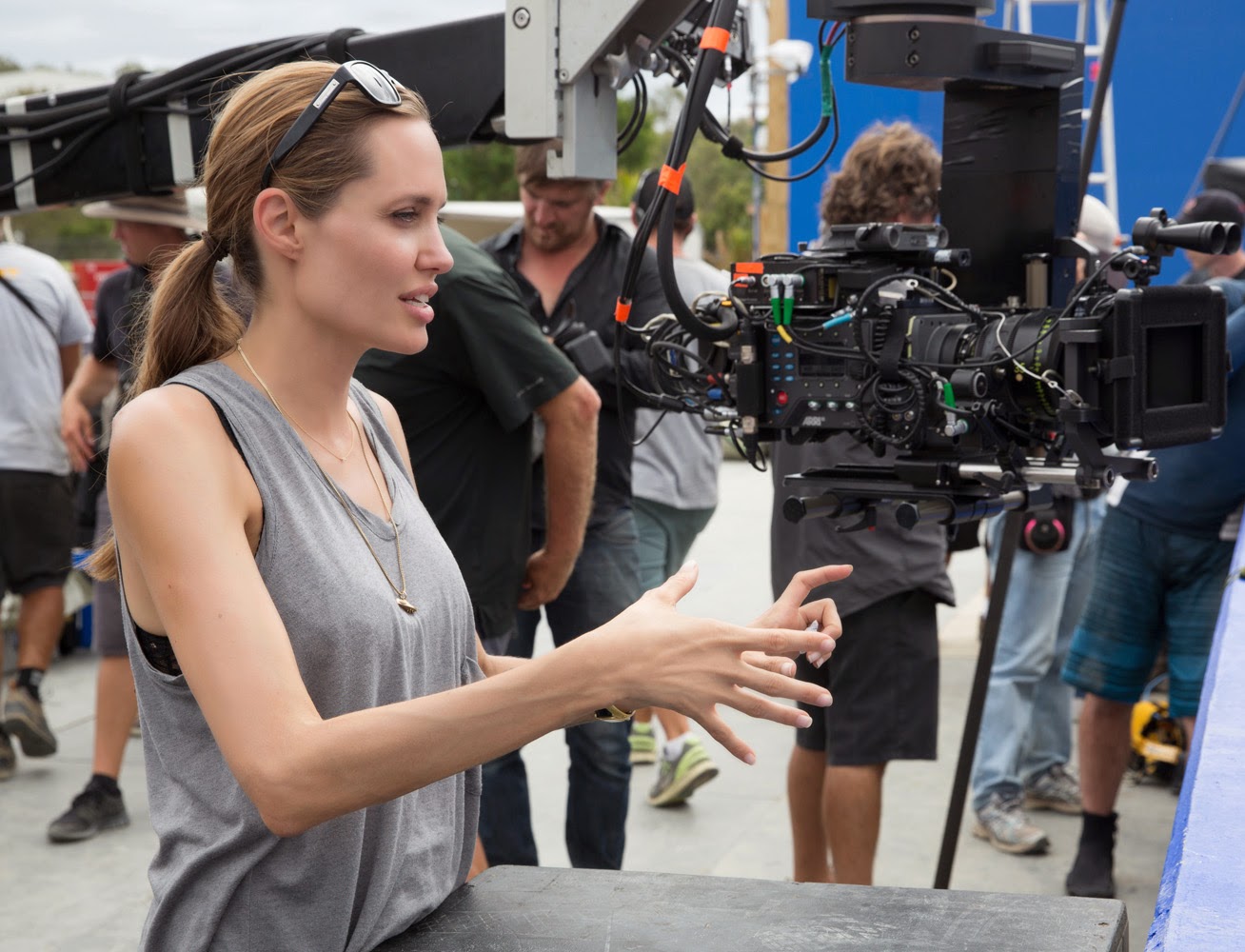 Angelina Jolie’s first feature-film directorial effort, 2011’s “In the Land of Blood and Honey” was an auspicious debut and received strong reviews and a Golden Globe Award Best nomination for Best Foreign Language film. It wasn’t surprising that the urge to continue a career as a filmmaker persisted in Jolie, even as the subject matter of another directorial effort eluded her. “I would be lying in bed thinking I want to do something meaningful. But what was it? I needed some help, some guidance,” she gives.

The living, breathing embodiment of the guidance Jolie sought, and of the themes and values that pique her interest—courage and endurance, the resilience of the human spirit, faith, forgiveness and redemption—turned out to be quite nearby. She found it wholly in the person of one of her neighbors, a living legend whose home, unbeknownst to her, was nearby her family’s house in the Hollywood Hills.

When producer Matthew Baer introduced Jolie to the “Unbroken” working script in 2012, she was immediately taken by Louis Zamperini’s tale. “I was intrigued by the draft I read, but it was after I read Laura Hillenbrand’s book that I knew I wanted to direct the film,” Jolie says. “Like the millions of readers who find themselves unable to put down the book once they start it, I was drawn into the incredible story of Louie’s journey and Laura’s brilliant re-creation and rich documentation of pivotal events that shape the last century.

“Unbroken” is an epic drama that follows the incredible life of Olympian and war hero Louis “Louie” Zamperini (Jack O’Connell of “300: Rise of an Empire”) who survived in a raft for 47 days after a near-fatal plane crash during World War II—only to be caught by the Japanese navy and sent to a series of prisoner-of-war camps. Adapted from Laura Hillenbrand’s (“Seabiscuit”) enormously popular book, “Unbroken” brings to the big screen Louie Zamperini’s unbelievable and inspiring true story about triumph over tribulation and the resilient power of the human spirit.

Jolie admits that the themes that Hillenbrand explored moved her as much as Louie’s life itself did: “There’s so much pain in the world. I feel that we need stories like this today—the journey of a man finding his way through darkness and into the light—stories that can help us, inspire us, show us something remarkable and make us feel positive about life.”

It was during this process of Jolie discovering Louie’s story that Baer told her that Louie was her neighbor. “Louie could actually see the roof of my house from his living-room window,” she laughs. “Little did I know that he’d been right there all the time…all the while I was trying to figure out what to do next with my life.” 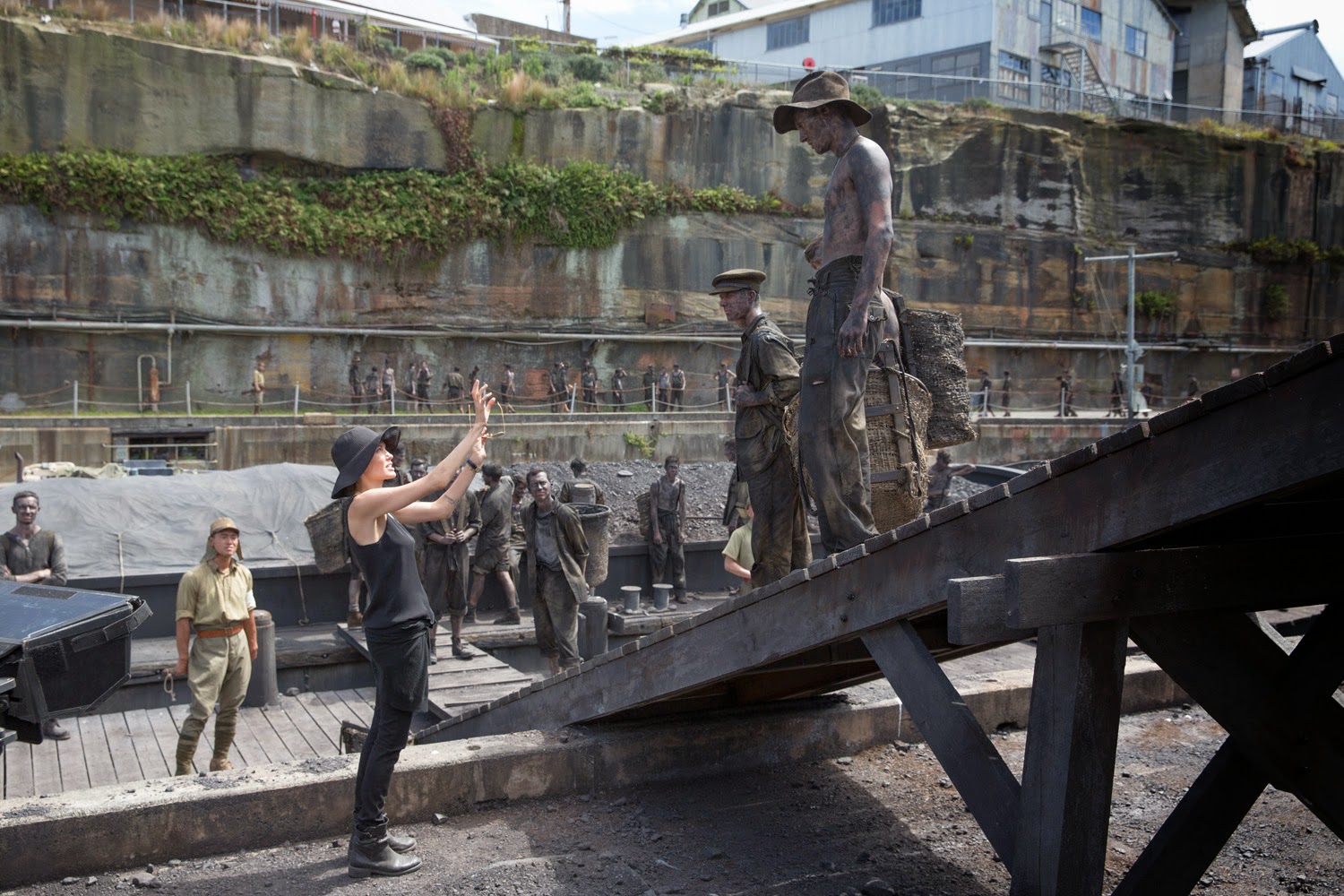 This confluence of events lit a fire inside of Jolie; she felt she had to helm “Unbroken.” But she would learn that winning this coveted directorship would not be an easy task. “I had to fight to get the job,” she shares. “I had to fight very hard, not only prove to the studio I could do it, but later, to prove it to myself. And I also had to prove it to Louie, which took some time.”

Jolie went about the task by steeping herself in Louie’s story, researching all its aspects for hours on end, learning everything she could about him and his era and deciphering how to tell the story best on the screen. A sweeping historical drama that stretches from 1920s Torrance and the 1936 Berlin Olympics to the high stakes air battles of World War II was only the half of it. Jolie would need to take audiences into the terrifying ordeal of being adrift in the ocean for 47 days and then the powerful experience of a more than two-year internment as a prison of war.

When Louie found out that a well-known actress was going to direct the film, it required some getting used to. It wasn’t long, however, before he embraced Jolie and welcomed her into his extended family. “Angie called and said she was going to direct the movie,” Louie said. “I’d only seen her on the news because I don’t go to the movies anymore. But I knew that they called her the most beautiful girl in the world. Then she came to the house. What a doll! What a sweetheart! I saw right away she’s got not only beauty but brains. She’s very considerate, and she has a charitable heart. I thought, ‘What else do you need?’” 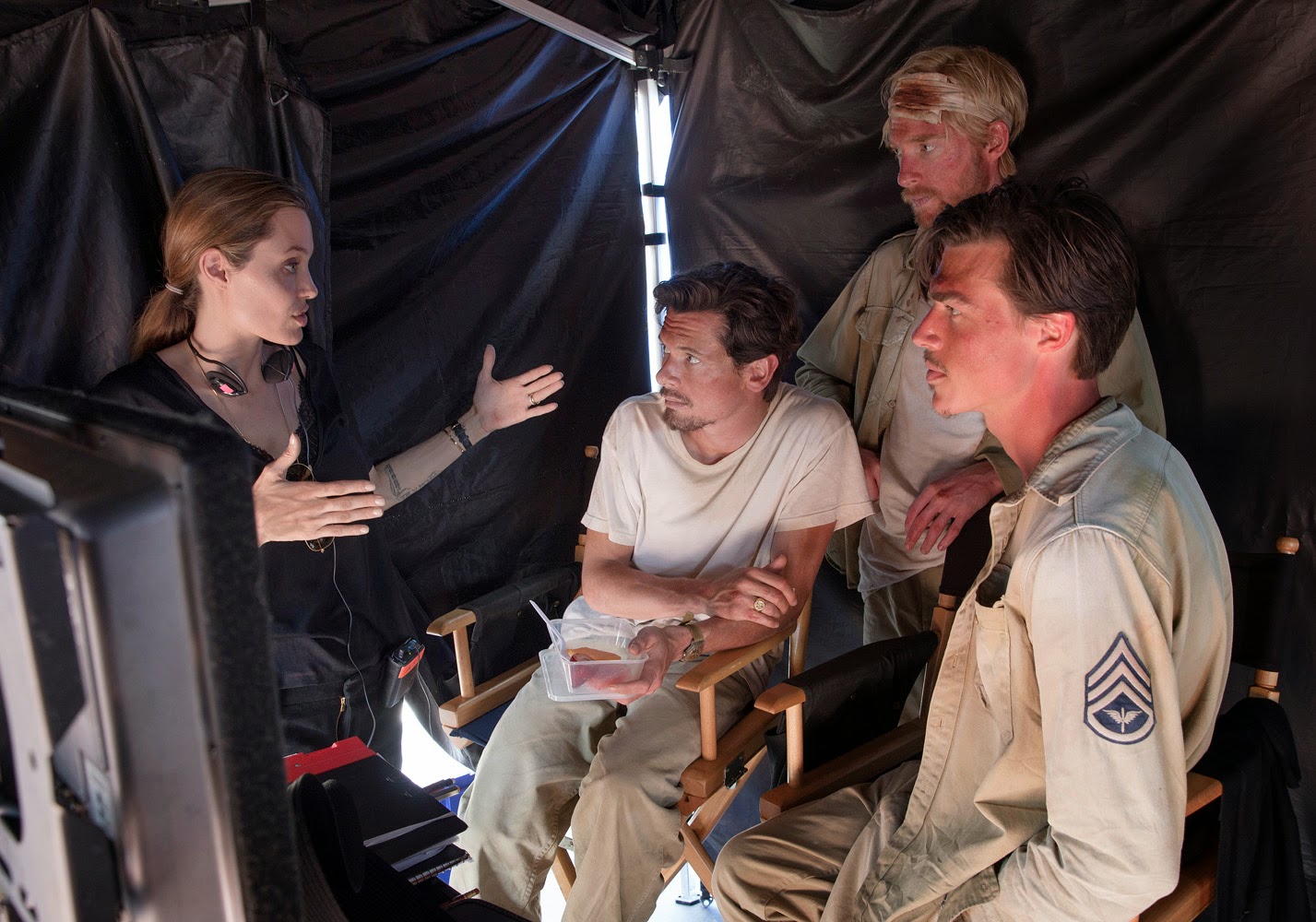 Producer Baer, who’d been the champion of Louie’s story for so long and was shepherding the project, was readily convinced. “Angie and I had a three-hour conversation on the phone about the project. She is a brilliantly creative person. I heard her passion and knew her as a filmmaker of force and will. I knew she was the person to do this.”