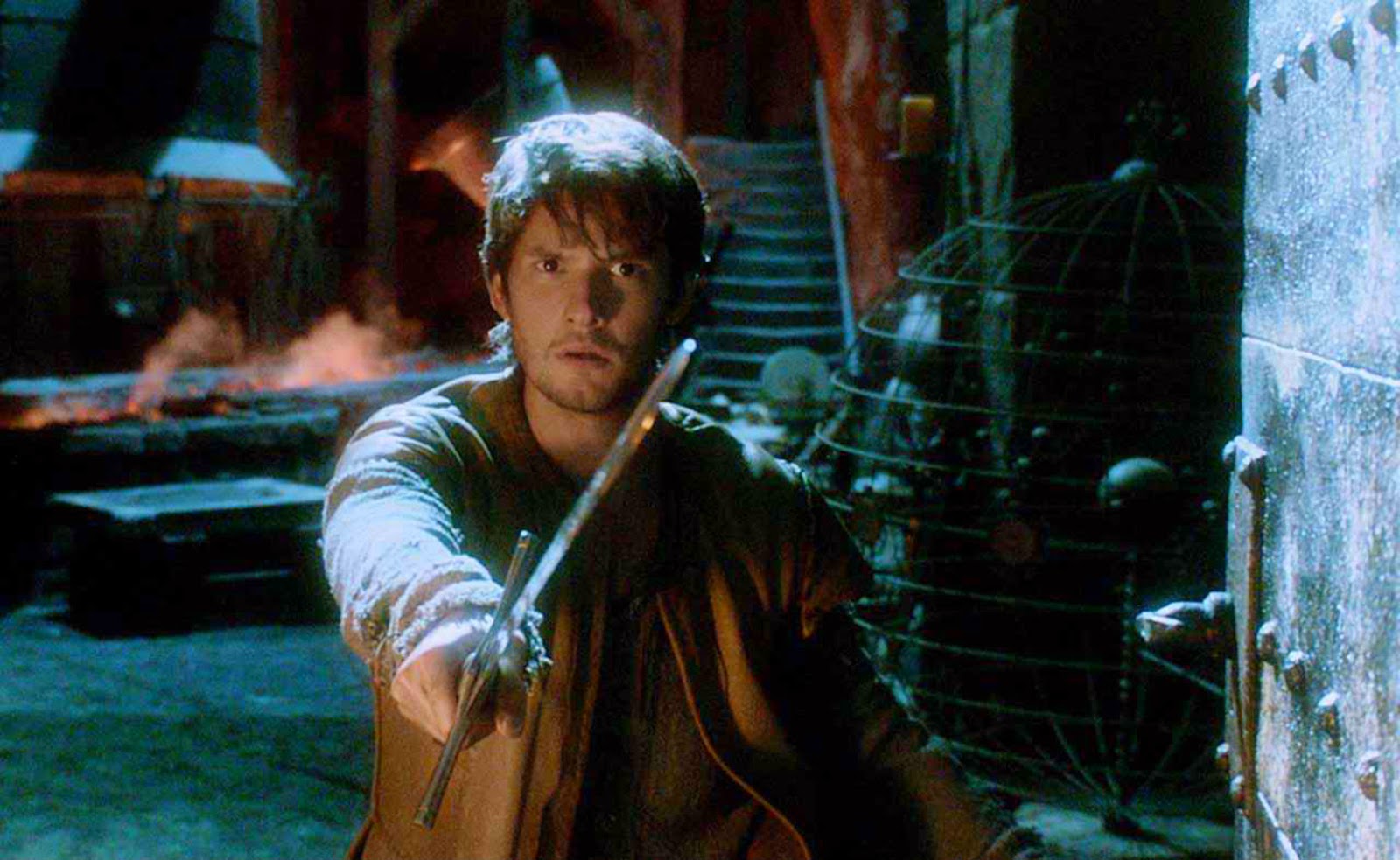 From Legendary Pictures, producers of “Godzilla” and “300: Rise of an Empire,” comes “Seventh Son,” the first fantasy adventure to open the New Year 2015.

In a time of enchantments when legends and magic collide, the sole remaining warrior of a mystical order travels to find a prophesized hero born with incredible powers, the last Seventh Son.

Torn from his quiet life as a farmhand, the unlikely young hero of Seventh Son embarks on a daring adventure with his battle-hardened mentor to vanquish a dark queen and the army of supernatural assassins she has dispatched against their kingdom.

For centuries, humanity has been protected from creatures of the dark by an ancient order of noble warriors called the Falcon Knights. Now, only one remains: Master John Gregory (Bridges), a grizzled demon-slayer with a tongue as sharp as his sword. As a hunter of witches who was seduced by their queen (Moore), his biggest mistake was showing her mercy… And now he will pay the price.

After being betrayed by the man she loved most, the Witch Queen Mother Malkin is left to rot in prison as her hunger for vengeance grows. The rising Blood Moon strengthens her mystical powers of transformation until she can finally break free.

Swearing revenge, Mother Malkin assembles an army of witches, warlocks and supernatural assassins from every nation, all uniting to punish the cruel world that rejected them. Mankind has created a monster…and now she is unleashed.

When Malkin assaults Gregory and kills his companion, the Falcon Knight must travel across distant horizons to track down the last Seventh Son.

Tom Ward (Barnes), a simple farmhand, is torn from his family to embark on a death-defying adventure of haunted forests, towering cities and cascading waterfalls to face Malkin’s army in her mountaintop lair. But Tom also has a secret… The dark magic he now hunts also lies within him. His own mother is a witch.

With time running out, Gregory and Tom must journey across a spectacular world of supernatural creatures, warlock assassins and earth-shaking monsters to reach the Queen of the Dark…before her power becomes unstoppable.

Tom’s allegiance is tested when he falls in love with his prey…Alice (Vikander): a half-witch spy sent to sabotage them. The growing secret passion between sworn enemies forces them to choose between love and duty. Will they betray their hearts, or endanger their own kind?

As these two forces collide, destiny leads to a final confrontation in the heart of the mountain. Will Master Gregory defeat the darkness within Malkin without succumbing to the darkness within himself? Will Malkin’s power rule over that of the Falcon Knights? Will Alice choose to fight for family, or follow her wild heart? And will Tom overcome the darkness and realize the true power of a Seventh Son?

Opening across the Philippines in 3D and 2D on January 8, 2015, “Seventh Son” is distributed by United International Pictures through Columbia Pictures.