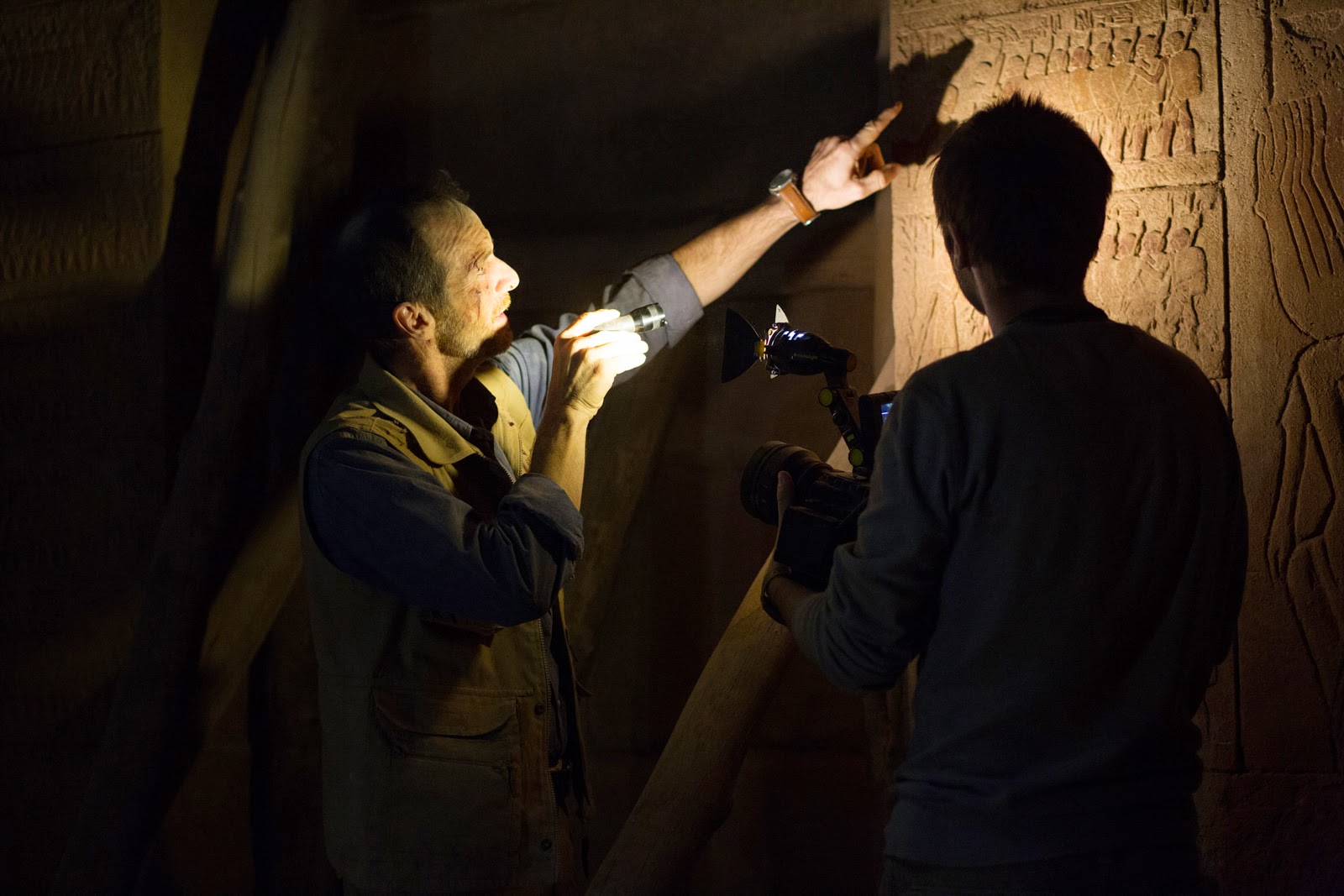 The highly kinetic non-stop horror movie “The Pyramid” awakens ancient Egyptian curse when a group of U.S. archaeologists gets more than what they’ve bargained for when they discovered a three-sided pyramid in the desert. For the last 90 years, no other tombs were disturbed until now…

Directed by Gregory Levasseur and produced by Alexandre Aja, both of whom whose works are widely known in the slasher genre are the minds behind the films that had audience at the edge of their seats such as “High Tension,” The Hills Have Eyes” and “Piranha 3D.” Aja, since his directorial debut at the age of 18 eventually became a member of the so-called “Splat Pack,” a term coined for a new wave of directors who have revolutionized the horror genre, including Rob Zombie, Zack Snyder and Eli Roth 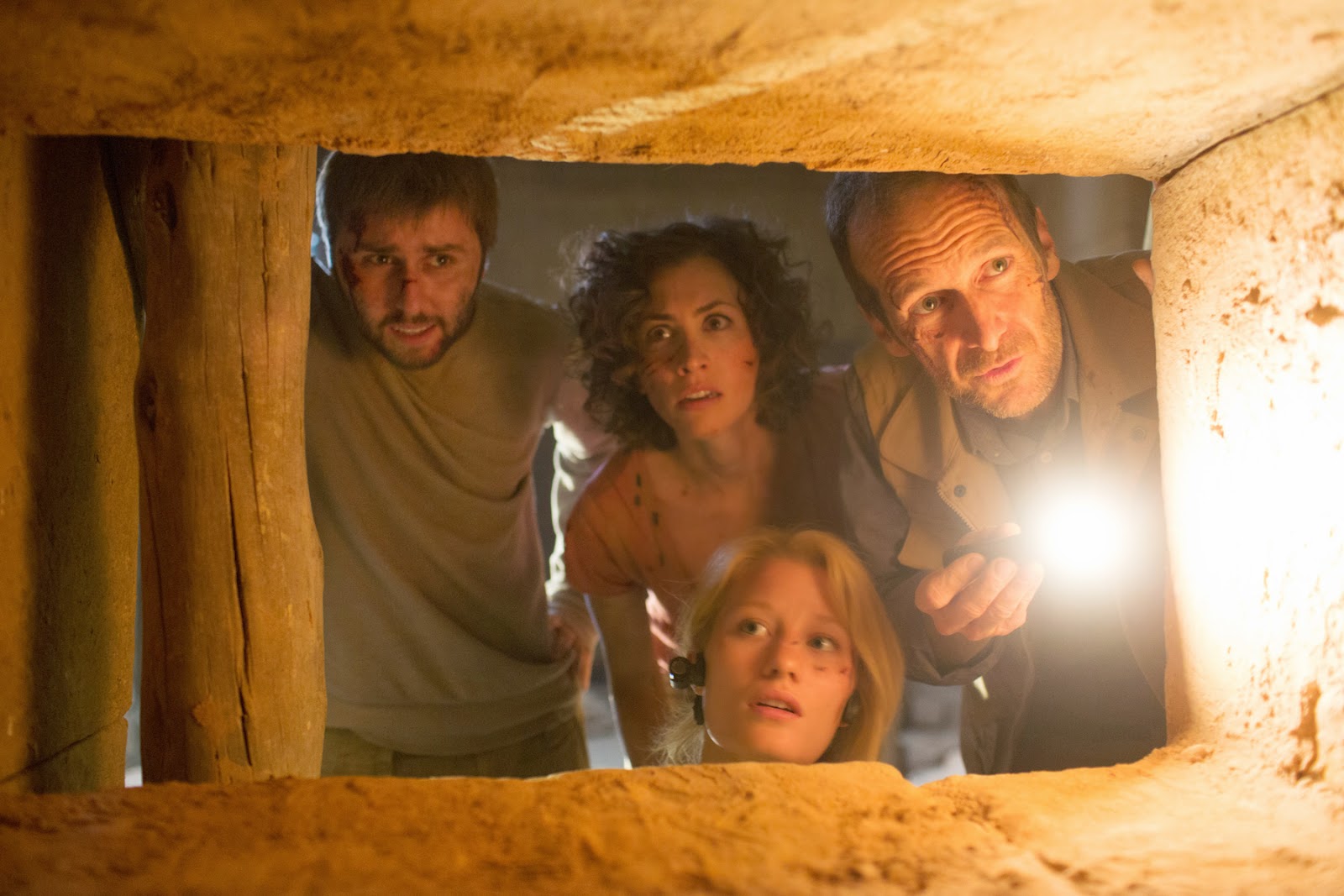 Unearthing “The Pyramid” for Dr. Nora Holden (Ashley Hinshaw) and her father Miles (Denis O’Hare) is the most important discovery of their careers. Using NASA satellite imaging technology, they have uncovered the first three-sided Egyptian pyramid buried deep under the desert for over 5,000 years. Followed by documentarian Sunni Marshe (Christa Nicola) and her cameraman Terrence “Fitzie” Fitzsimmons (James Buckley), and with the help of robotics expert Michael Zahir (Amir Kamyab), the team is determined to explore the foreboding structure. But with political protests raging in nearby Cairo, the security of the expedition can’t be guaranteed and the site’s officials order an immediate evacuation. Desperate to take what might be their last chance to venture inside the pyramid, the team goes in alone. But what they find in the dark will test them all to their breaking point.

When they came on board, Aja, Levasseur and executive producer Justine Raczkiewcz worked closely with screenwriters Daniel Meersand and Nick Simon to strengthen the story’s characters, ideas and mythology. “We refined the script and brought the project to Fox International Productions. They liked it and immediately began giving their input,” producer Mattar confirms. “You could feel it all coming together during that period and everything clicked.” 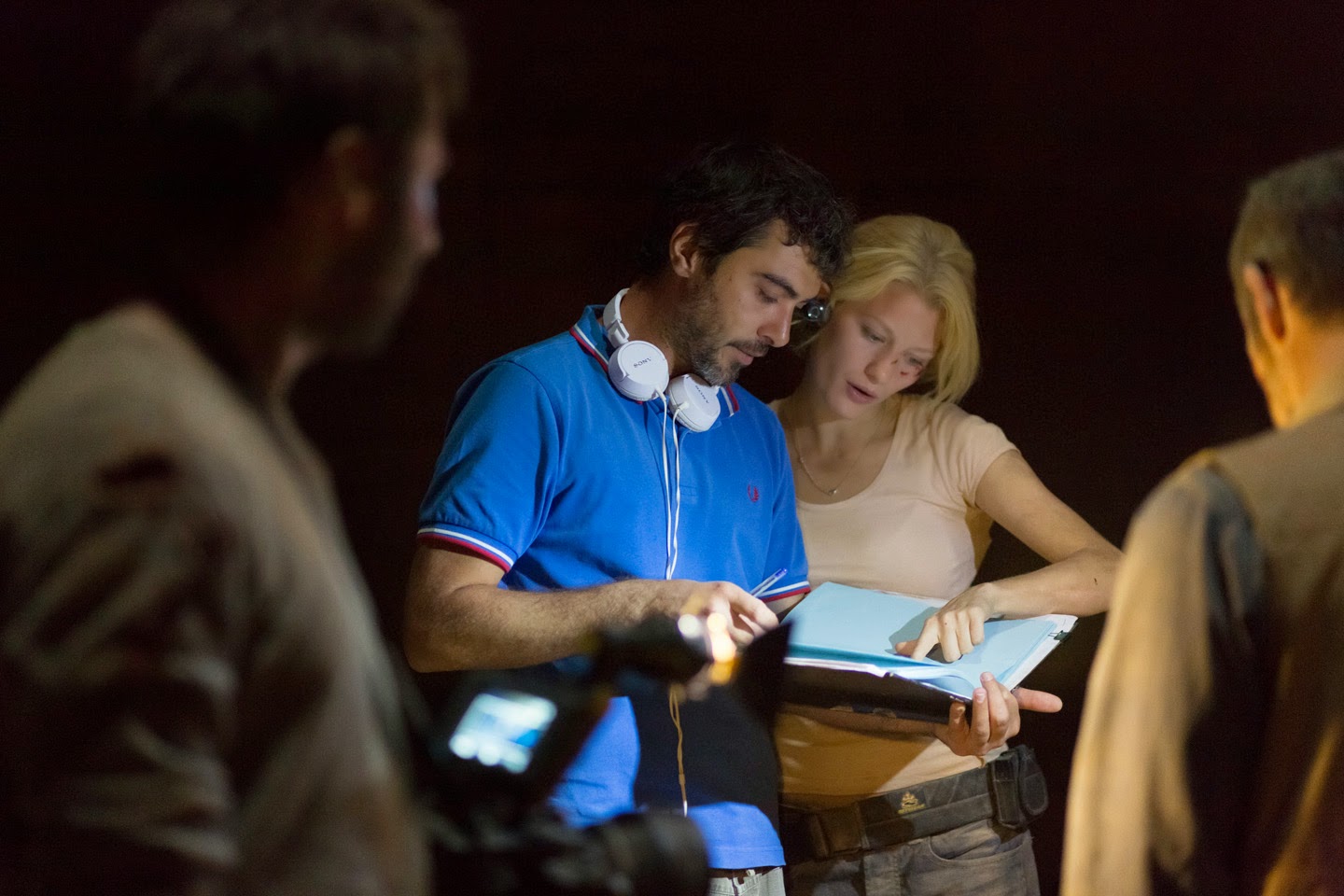 The script was strong on its use of the science and archeology, but Levasseur and Aja worked to shore up the mythology of the pyramid, which became a temple to the Egyptian god Osiris and then a prison to the jackal-headed god Anubis. “We needed to make it as big as the subject demanded,” adds Levasseur. Aja explains, “We’ve been passionate about Ancient Egypt and other ancient civilizations since we were kids and it was interesting to play with that and create a story that really surprised.”

In the movie, the first glimpse of the pyramid, which the characters have yet to enter, is at an excavation that reveals only the apex of the building rising from the sand. This involved a practical build in the Moroccan desert. “It was my first choice of location because the gorge we used already exists, so all we had to do was bring the apex structure,” states Levasseur. “The result is spectacular, and one of the film’s most impressive visual surprises.”

Ancient curse awaits to wreak havoc when “The Pyramid” opens December 10 in cinemas nationwide from 20th Century Fox to be distributed by Warner Bros.