“The Drop,” a thrilling and emotional drama that stars Tom Hardy, Noomi Rapace and Matthias Schoenaerts based on a short story by Dennis Lehane follows Bob Saginowski (Tom Hardy), a lonely bartender who one day finds a pit bull puppy in a trash can. Soon Bob will cross paths with the equally damaged Nadia (Noomi Rapace), her ex-boyfriend Eric (Matthias Schoenaerts) and a gang of hardened Chechen criminals. There will be violence, but also the possibility of redemption for Bob.

Also starring the late James Gandolfini and John Ortiz, “The Drop” is directed by Michaël R. Roskam, whose debut picture “Bullhead” was nominated for the Academy Award for Best Foreign Language Film. “The Drop” is a gripping and suspenseful movie, centered around a powerful performance by Tom Hardy. Pulling pints at a grubby Brooklyn bar run by Cousin Marv (James Gandolfini), a place used for organized crime money drops, Bob has nothing and no-one in his life. But a chance encounter with an abandoned puppy gives him a glimmer of hope. Lehane masterfully crafts a story that is both dark and heartwarming, as only he can.

As Cousin Marv, Bob’s older-but-no-wiser father figure, James Gandolfini invests the character with a lived-in, streetwise weariness. Working with the veteran actor at the height of his artistic powers was a profound experience for everyone involved, including Lehane, whose past collaborators have included such Oscar® winners as Sean Penn, Tim Robbins, Ben Affleck and Clint Eastwood. “Jim understood that Marv is chasing the past harder than anyone else. He used to be somebody. He blinked when some tougher guys came along and he’s never gotten over it, so he’s making one last-ditch effort to grab the brass ring. But he is very sadly deluded if he thinks that’s going to work out well,” Lehane says. 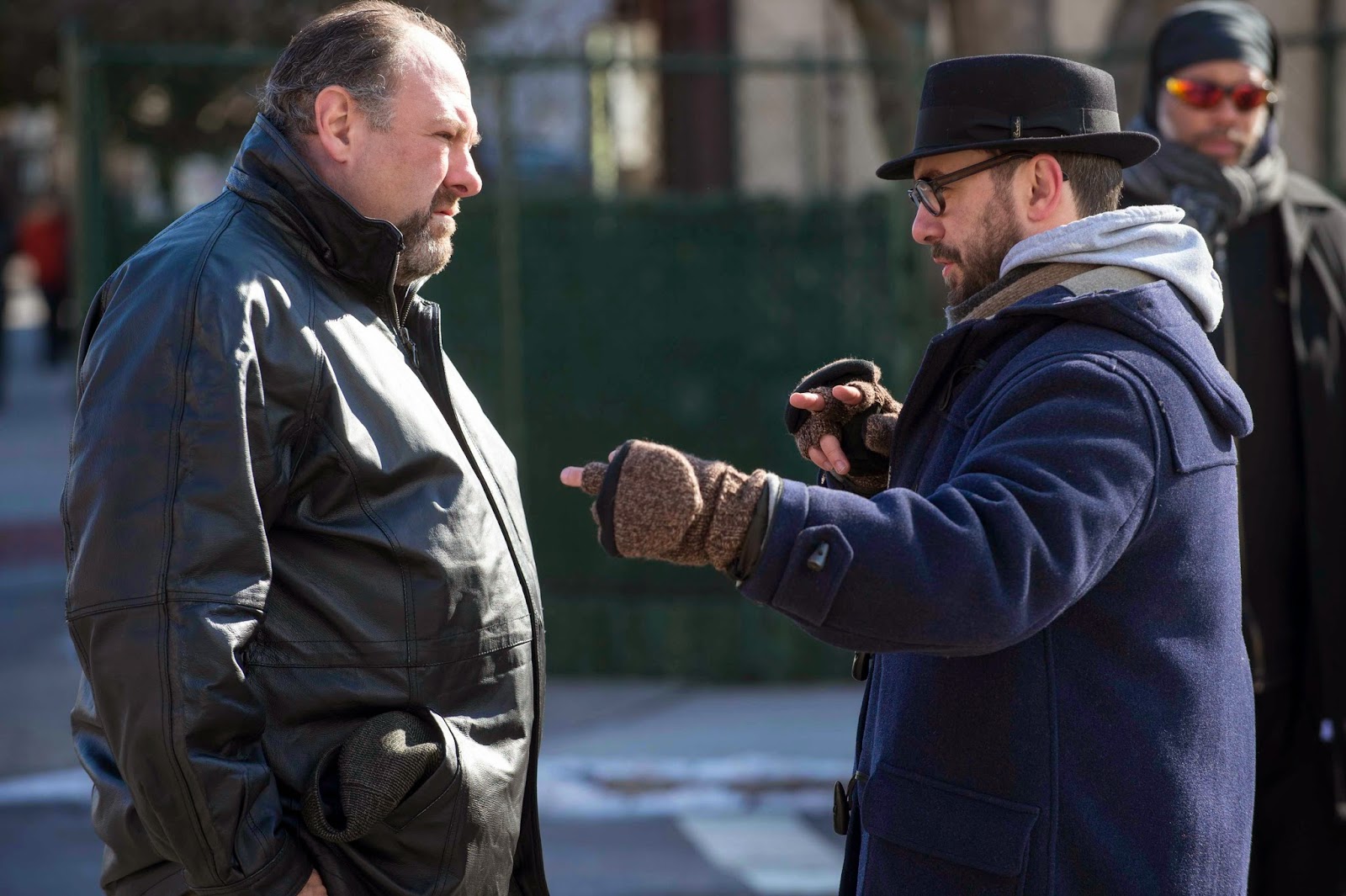 Roskam, a long-time of fan of the actor, says he was sometimes surprised to see Gandolfini on set when he wasn’t shooting or rehearsing. “It was amazing to work with a guy who had such a track record. He was so experienced, and yet he would question himself so hard. I finally understood that that’s how he approached every character. He started blank, like the notebook he carried with him. He analyzed the journey of his character and he wrote it all out. He allowed himself to be very vulnerable and insecure with me. I think he was afraid that I would be intimidated and tell him everything he did was good.”

Hardy was equally in awe of the actor. “James Gandolfini was a talented, kind and sensitive artist,” he says. “He brought a wealth of authenticity and truthfulness to the role. It was great fun to work with him because he was a quick and funny man with a lot of heart. I don’t think I would have laughed half as much with another actor on set. Very few people have the ability to be so compelling that even if you are not part of a scene, it’s impossible not to watch. They’re too good not to enjoy. I felt I failed Jimmy several times simply because I was enjoying watching him work when I should have been working too.”

“The Drop,” executive producer Mike Larocca concludes, is movie that will offer something for every audience, from a tight and suspenseful crime saga to an intriguing mystery and a romance—plus, of course, an adorable dog, “It is a thrilling and emotional movie that will surprise the audience in a lot of ways.”

James Gandolfini made his indelible mark in a variety of motion picture and television roles. Known for his role in HBO Film Cinema Verite opposite Diane Lane as well the Emmy Award-winning HBO drama series “The Sopranos,” portraying the series lead, Tony Soprano. His portrayal of the mob boss brought him three Emmy® Awards and a Golden Globe® ‘Award for Best Actor in a Drama Series.’ He has also won four Screen Actors Guild Awards™, including two for ‘Outstanding Male Actor in a Drama Series’ and two shared with “The Sopranos” cast for ‘Outstanding Ensemble Cast.’

“The Drop” opens November 12 nationwide from 20th Century Fox to be distributed by Warner Bros.