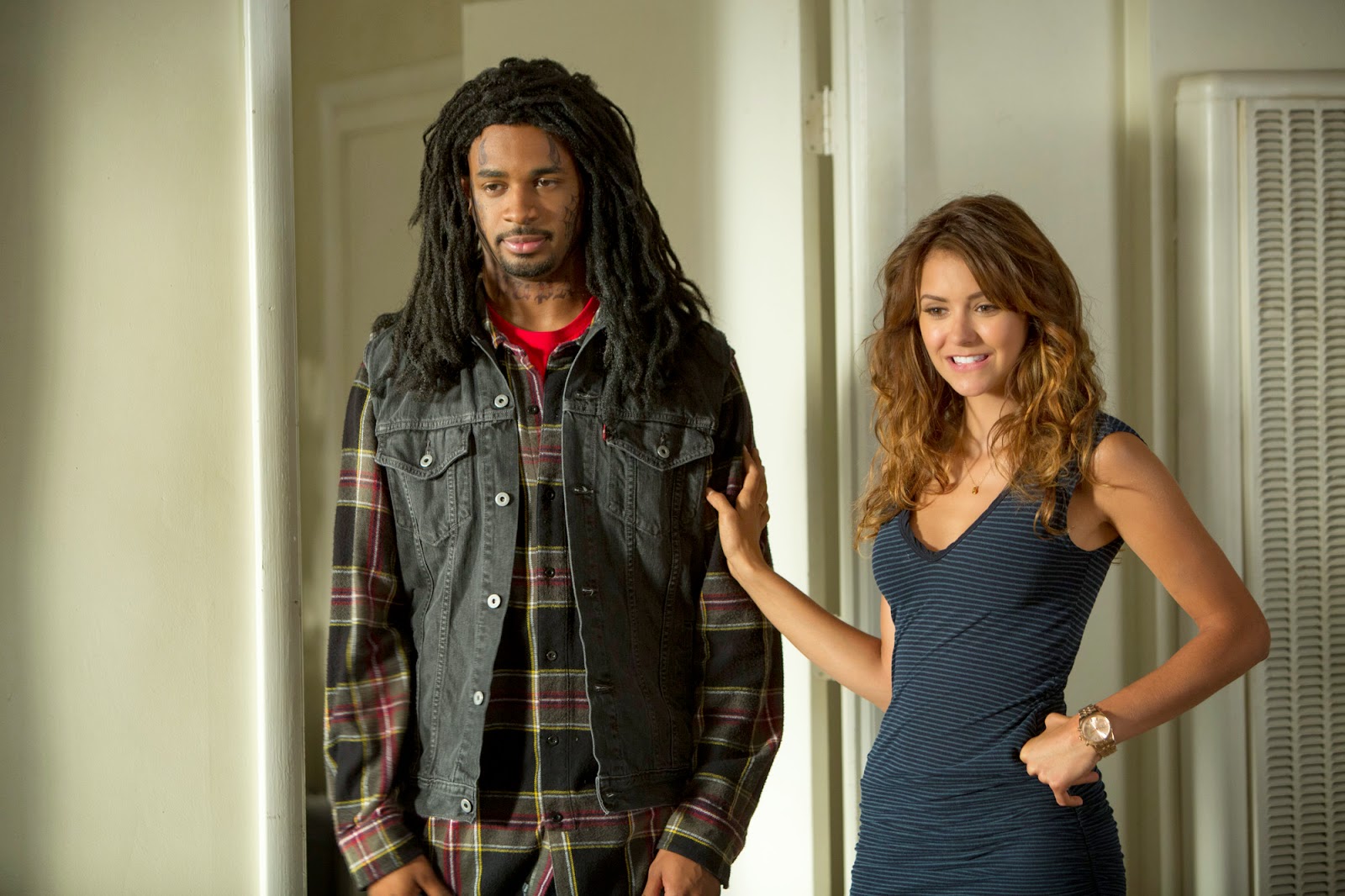 Lifetime buddies Justin and Ryan are struggling to make it big in their own chosen fields – Justin (Damon Wayans, Jr.) toiling at a videogame company while Ryan (Jake Johnson) still revels in his glory days as a college quarterback as he bounces from one job to another in “Let’s Be Cops.”

But things suddenly changed when they attended a masquerade party dressed as cops, thinking it is a costume bash – after being laughed out of the black tie party, they notice something has changed as they walk down the streets of Hollywood: women swarm them, bad guys follow their every command and bartenders give them drinks on the house, all because they are mistaken for cops. For Ryan, this is the ultimate high, though the shy Justin is less enthusiastic at the prospect of real police busting them. Soon, Ryan has purchased a police car (off eBay!), lights and a radio scanner – and the boys are rolling up to real 911 calls. 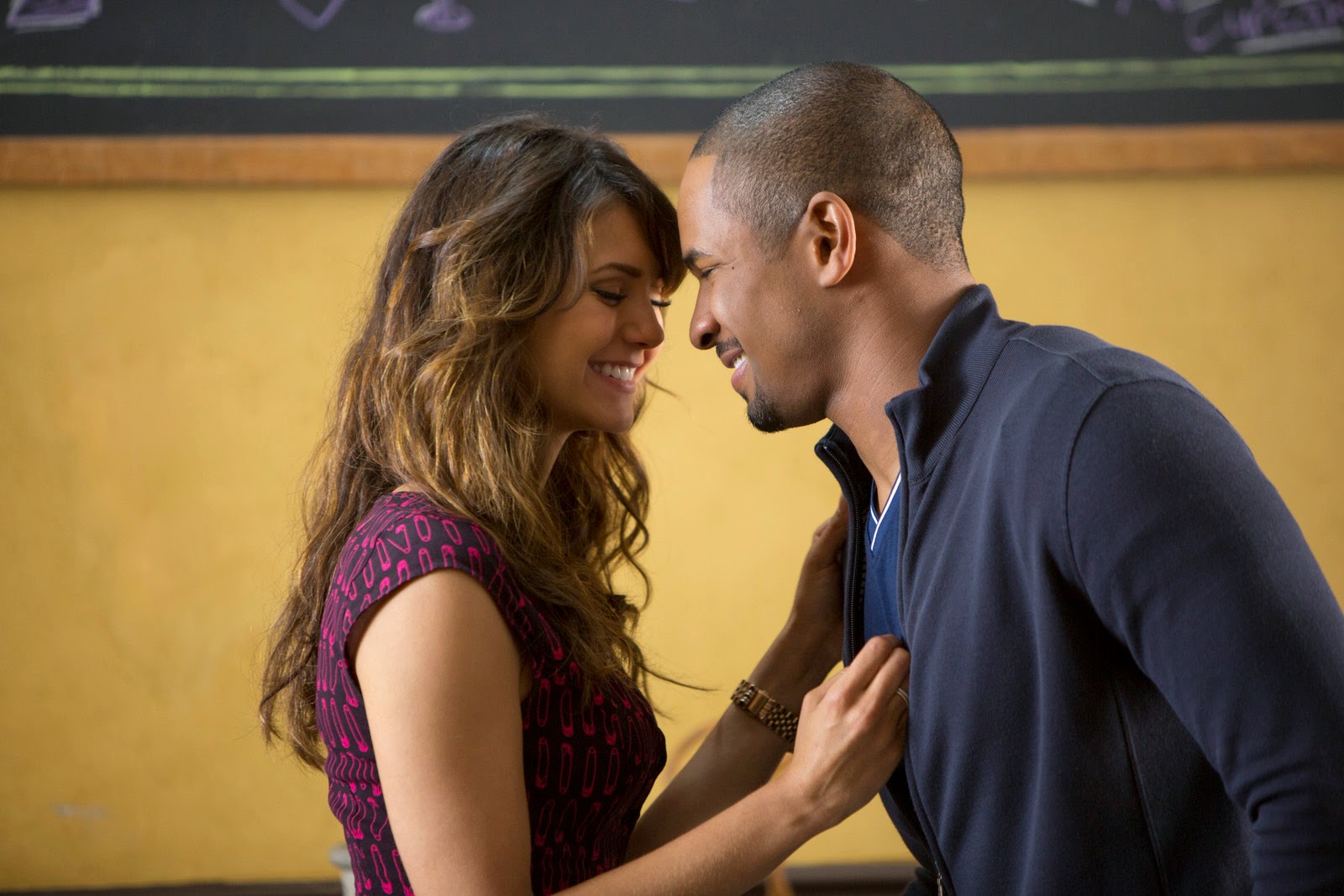 Wearing a police badge has also done wonders for Justin’s love life, as waitress Josie (Nina Dobrev) begins to warm up to him at a modest restaurant the guys frequent. Dobrev, who recently came to fame with her role in the hit series, “The Vampire Diaries” spreads her acting chops in this latest buddy cop comedy.

One of the movie’s key roles to cast was that of the beautiful waitress Josie, a new employee at the guys’ hangout, Georgie’s Restaurant. “Josie dreams of being a makeup artist just like Justin dreams of being a videogame designer,” says co-writer and executive producer Nicholas Thomas. “But her history with men is not good. She calls herself a ‘douchebag magnet’ because of all the liars and cheaters who have gravitated towards her in the past. But once she sees Justin in his uniform, she thinks she has finally found her true hero.” 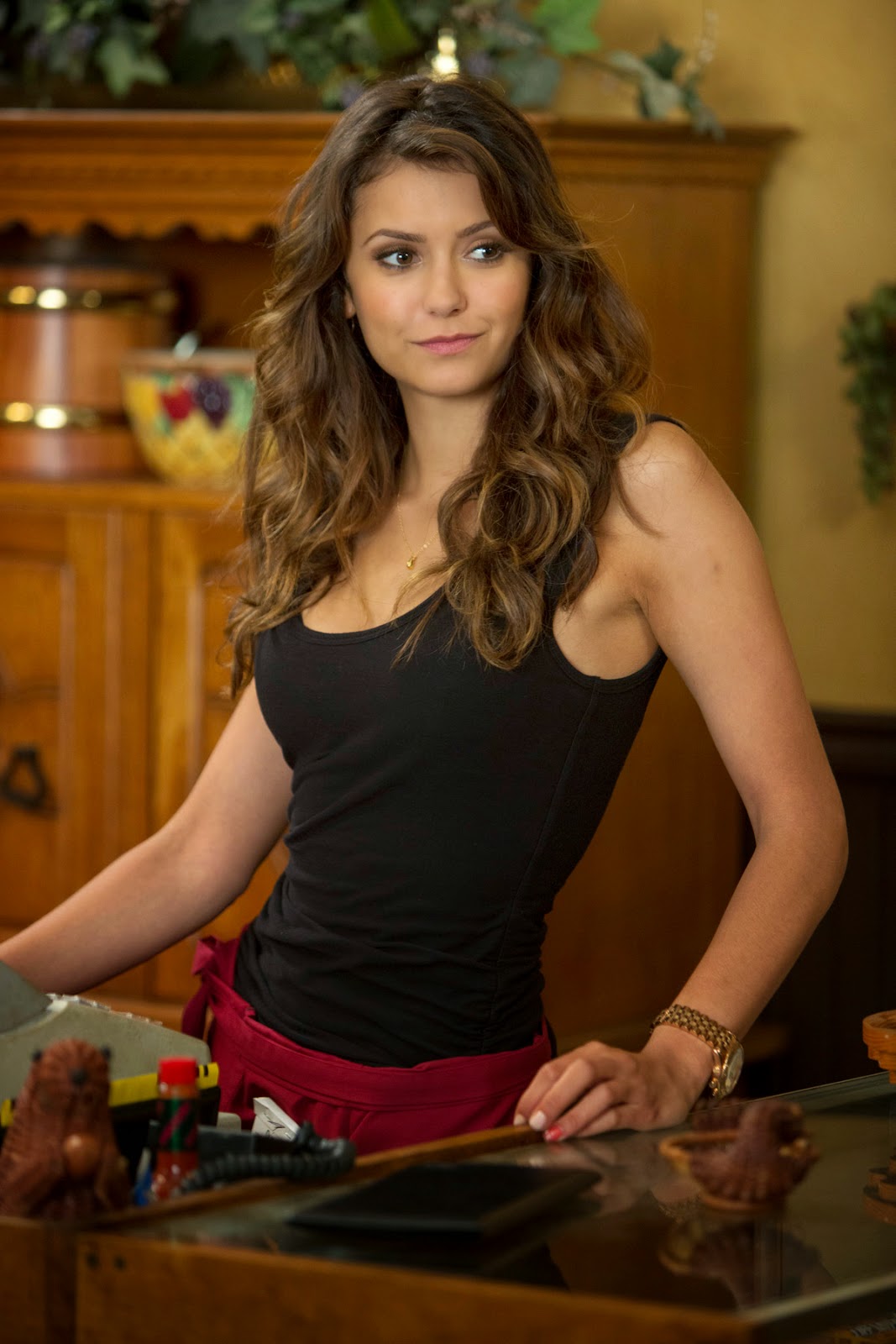 Nina Dobrev, who stars in the hit television series “The Vampire Diaries,” was looking to do a comedic role when she read the script for “Let’s Be Cops.” “The coolest part about doing a comedy is that you do a take as written and then have the freedom to improvise,” says Dobrev. “Jake and Damon play off each other, and whoever is with them better be able to roll with the punches. It was so liberating to work with them.”

“Nina is a fantastic actress, but who knew she could be so goofy,” says Jake Johnson. “She would surprise us by improvising these physical bits like tripping or falling or spilling something that just totally brought a fresh and vital twist to the scene.”

“Let’s Be Cops” opens November 5 in cinemas from 20th Century Fox to be distributed by Warner Bros.