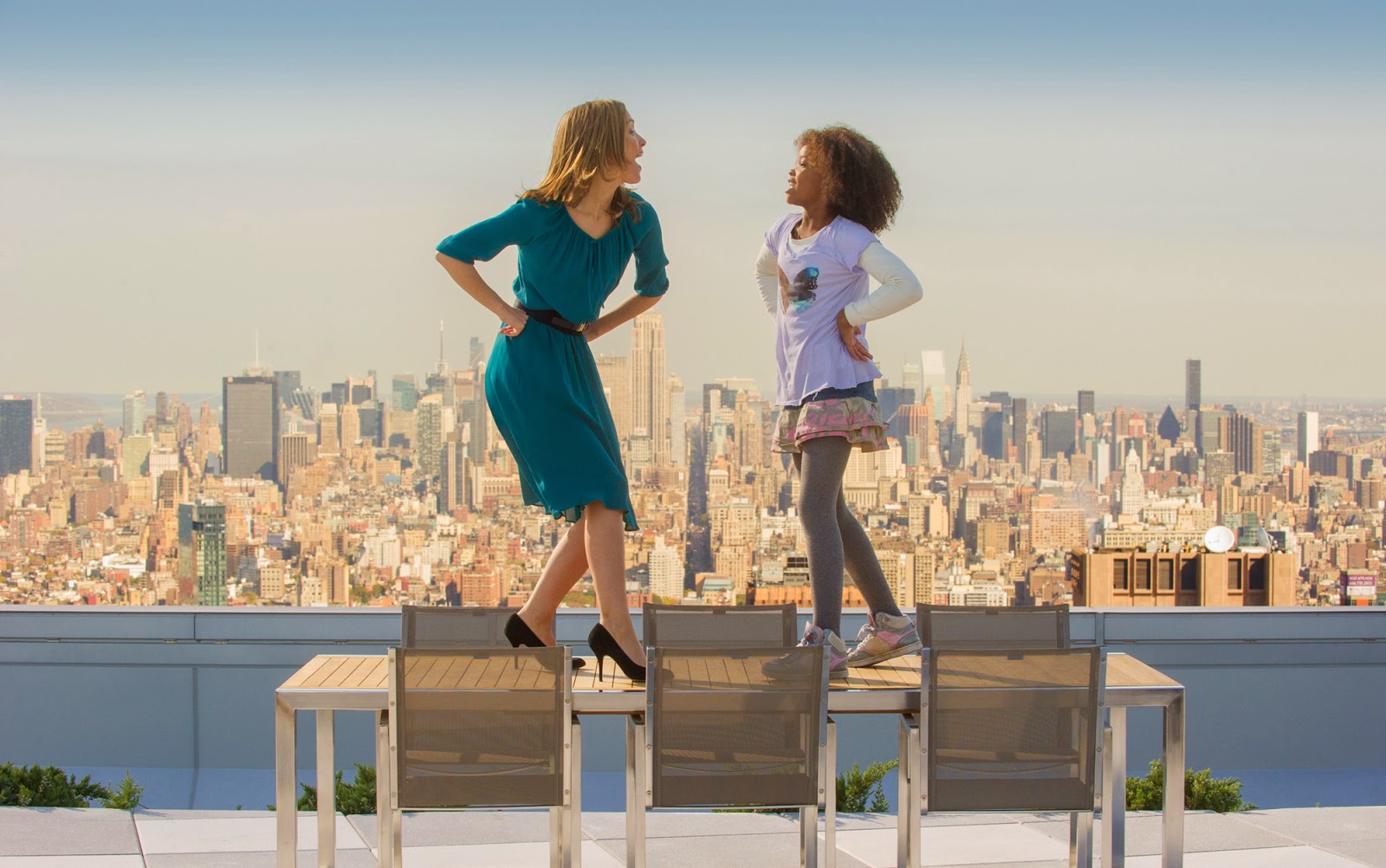 For generations, families everywhere have fallen in love with the musical score to “Annie,” and such iconic songs as “Tomorrow,” “It’s the Hard-Knock Life,” and “Maybe,” have provided the soundtrack to countless childhood memories.

The first single from the soundtrack is the 2014 film version of “You’re Never Fully Dressed Without A Smile,” performed and co-written by Sia and produced by Greg Kurstin, who also serves as Executive Music Producer on the film. The single is currently available at all digital music providers.
A sneak peek of the heartwarming music video for the song premiered Oct. 22 on Good Morning America and can now be viewed on Vevo.com. Filmed with the energetic backdrop of New York City, the video was helmed by the acclaimed director Will Gluck, who is also the film’s director.

Singer/songwriter Sia and producer/songwriter Greg Kurstin were charged with creating new arrangements for the classic songs, breathing new life into such iconic songs as “I Think I’m Gonna Like It Here (2014 Film Version),” “You’re Never Fully Dressed Without A Smile (2014 Film Version),” and “Little Girls (2014 Film Version).” They have also written new songs for the soundtrack, including “Opportunity,” “Who Am I,” and “Moonquake Lake” featuring Beck; Sia also co-wrote “The City’s Yours” with Stargate. Matt Sullivan served as the film’s Executive Music Supervisor.

A Broadway classic that has delighted audiences for generations comes to the big screen with a new, contemporary vision in Columbia Pictures’ comedy Annie. Director/Producer/Screenwriter Will Gluck teams with producers James Lassiter, Jada Pinkett Smith & Will Smith, Caleeb Pinkett, and Shawn “JAY Z” Carter, Laurence “Jay” Brown, and Tyran “Ty Ty” Smith with a modern telling that captures the magic of the classic characters and original show that won seven Tony Awards.
Celia Costas and Alicia Emmrich serve as Executive Producers. The screenplay is by Will Gluck and Aline Brosh McKenna, based on the musical stage play “Annie,” book by Thomas Meehan, music by Charles Strouse, lyrics by Martin Charnin, and on “Little Orphan Annie,” © and ® Tribune Content Agency, LLC. 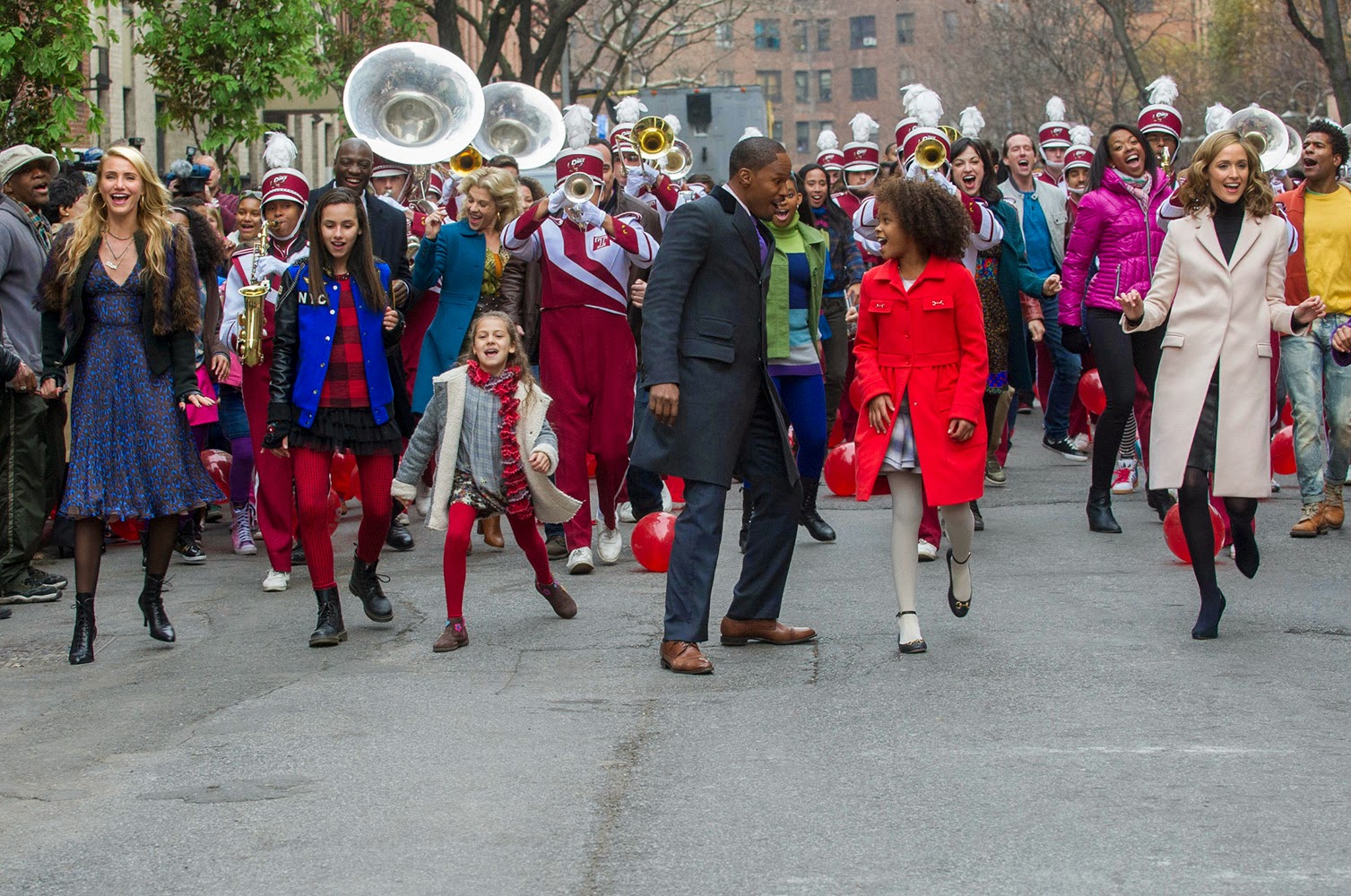 Academy Award® nominee Quvenzhané Wallis (Beasts of the Southern Wild) stars as Annie, a young, happy foster kid who’s also tough enough to make her way on the streets of New York in 2014. Originally left by her parents as a baby with the promise that they’d be back for her someday, it’s been a hard knock life ever since with her mean foster mom Miss Hannigan (Cameron Diaz). But everything’s about to change when the hard-nosed tycoon and New York mayoral candidate Will Stacks (Jamie Foxx) – advised by his brilliant VP, Grace (Rose Byrne) and his shrewd and scheming campaign advisor, Guy (Bobby Cannavale) – makes a thinly-veiled campaign move and takes her in. Stacks believes he’s her guardian angel, but Annie’s self-assured nature and bright, sun-will-come-out-tomorrow outlook on life just might mean it’s the other way around.

Opening soon across the Philippines on January 8, 2015, “Annie” is distributed by Columbia Pictures, local office of Sony Pictures Releasing International.

Star Wars Story “Rogue One” – The Daring Mission Has Begun