Money hardly ever stays in place in the much-anticipated crime thriller “The Drop” where an unusual love story is set in the midst of an organized crime’s unbreakable grip on small pubs and taverns used as money-laundering “drops.”

Director Michaël Roskam assembled an international cast for his American film debut in “The Drop,” including British actor Tom Hardy, who electrified audiences as the masked criminal mastermind Bane in “The Dark Knight Rises,” Swedish-Spanish actress Noomi Rapace, who captured international acclaim as the brilliant, damaged Lisbeth Salander in the original “The Girl with the Golden Tattoo” series; the late “The Sopranos” star and New Jersey native James Gandolfini in his last film role; as well as and Belgian actor Matthias Schoenaerts, who played the lead role in Roskam’s award-winning “Bullhead.”

Hardy is Bob Saginowksi in “The Drop,” a bartender at his cousin Marv’s bar where Brooklyn crime bosses use the place as a temporary bank for their ill-gotten gains. The film opens on the day Bob re-engages with the world he’s closed himself off from. It all starts with Rocco, the puppy. “Bob made a decision ten years ago to shut himself away from humanity, from feeling,” says the movie’s screenwriter Dennis Lehane, from whose short story “Animal Rescue” the film is based upon. “Suddenly something begins to open up in him. He meets this woman. He starts to re-join the human race. The largest dramatic question of the film is, can Bob really be rescued?” 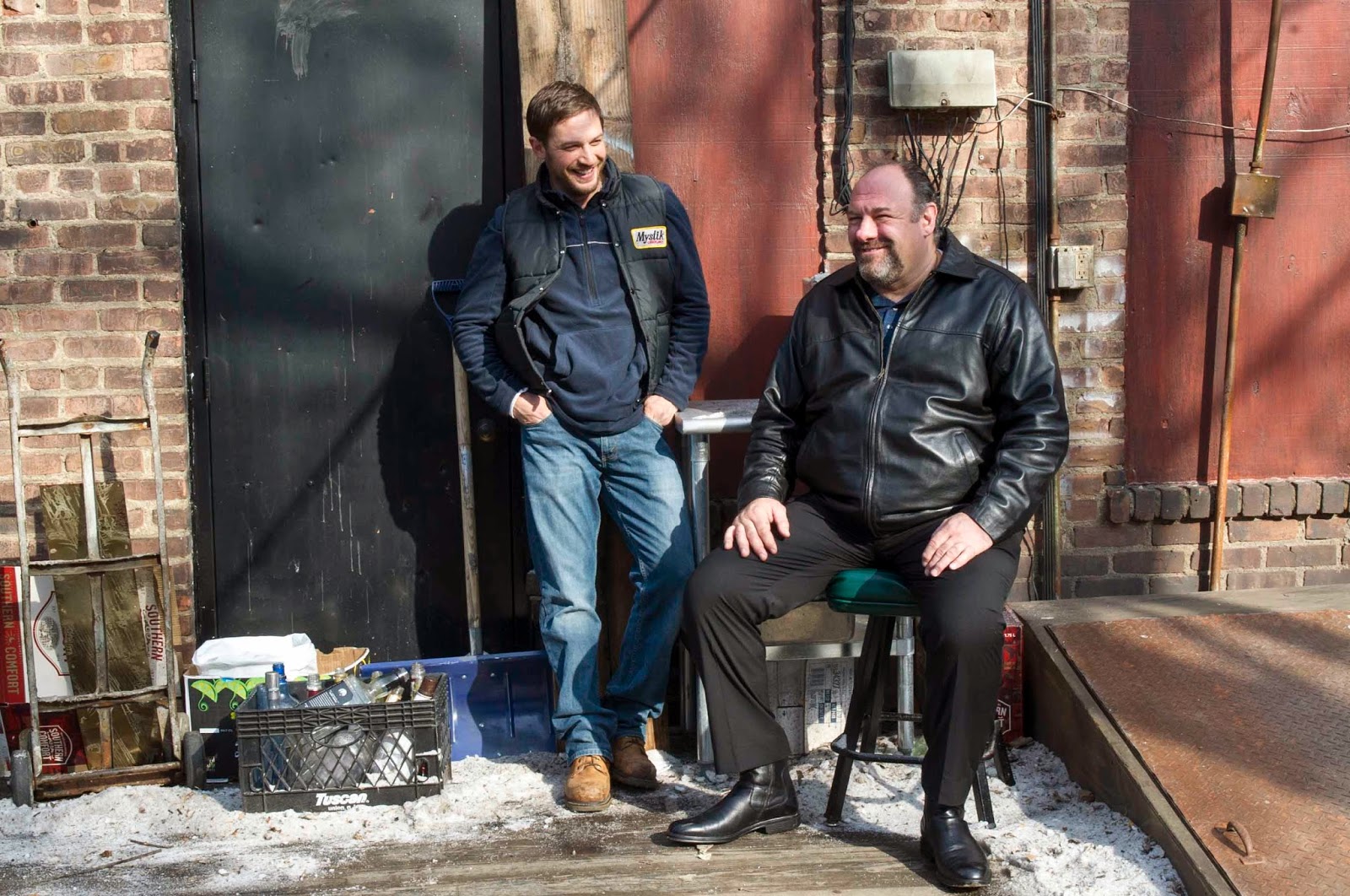 Bob’s simple life becomes much more complicated when he discovers a battered pit bull puppy in a trash can. Turning to his neighbor Nadia (Noomi Rapace) for help, he nurses the puppy back to health, as their mutual concern for the dog sparks an unexpected attraction between them. But when Eric Deeds (Matthias Schoenaerts), the dog’s original owner and Nadia’s abusive ex-boyfriend, tries to reclaim both of them, and a robbery at the bar puts Bob in the crosshairs of the Chechen crime boss who owns it, Bob is forced to face the shocking truth about the people he thinks he knows best—including himself.

“Like most of the people in the film, he is chasing something that’s already in the rearview mirror,” the writer continues. “They’re trying to get back to a self that doesn’t exist anymore. That idea fascinated me as I was writing the script. I think the audience will feel an emotional connection with the characters that leads them to some sort of emotional truth about their own lives, about the moments when they seem to be stuck in gear. The people who successfully navigate those waters are the ones who will ultimately reach a happy ending.”

“The Drop” will finally open in theatres on November 12 from 20th Century Fox to be distributed by Warner Bros.

Master Magicians Back And Beyond The Limits Of Illusion In “Now...