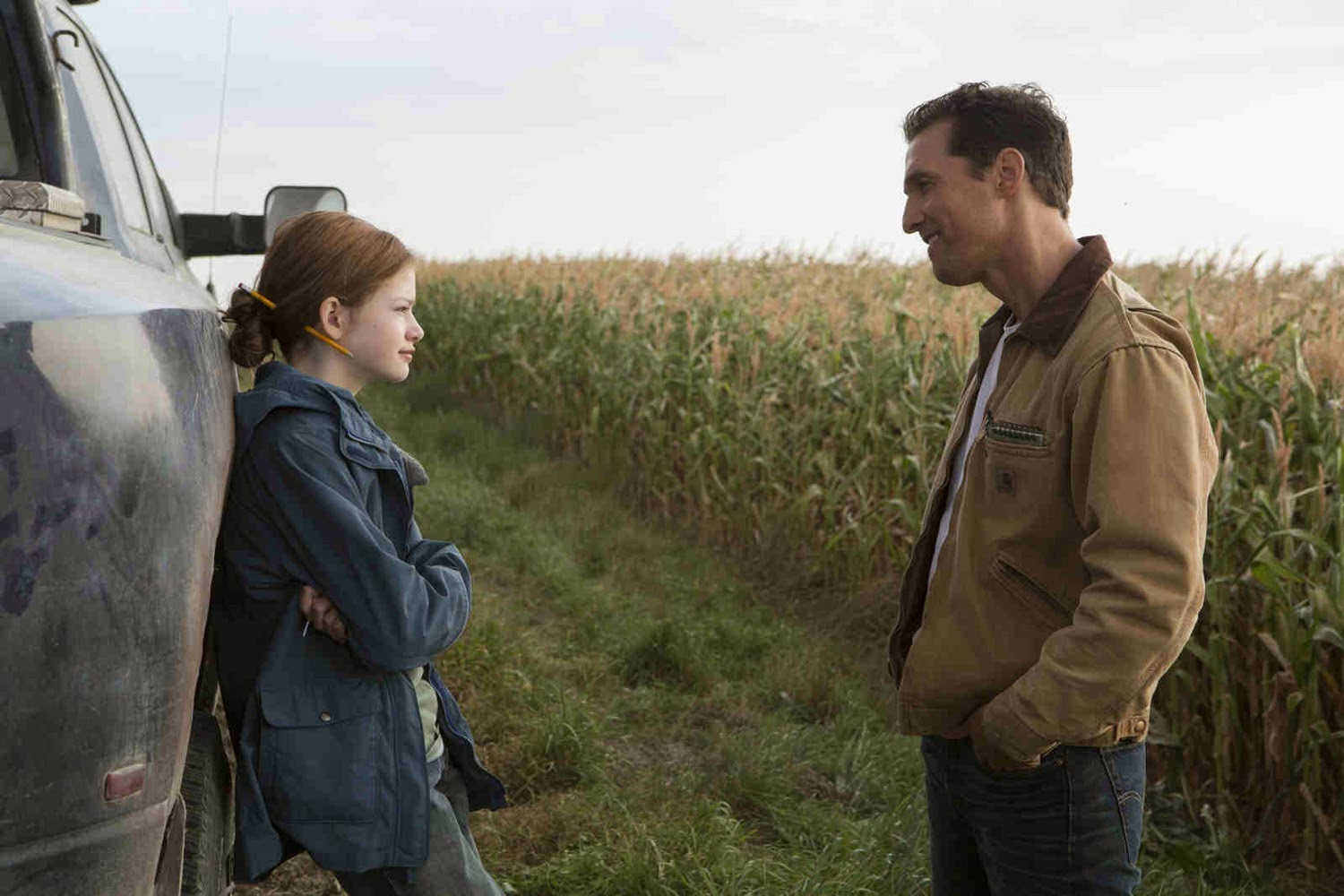 Newly-minted Oscar-winner Matthew McConaughey stars in Warner Bros. Pictures’ “Interstellar” as Cooper, a former test pilot and engineer in the tradition of the adrenaline-fueled flyboys who continually challenge their own limitations to carve our path into the stars.

For director Christopher Nolan, only Matthew McCounaughey could effortlessly convey that archetypal figure. “He embodies everything we were looking for in casting Cooper—the spirit of adventure, a cowboy-like swagger, and the warmth of somebody who’s involved with his family first and foremost,” the director states. “He has all of those intangible qualities present in the character, paired with his incredible professionalism and humor. It was a wonderful experience to work with him on this film.”

McConaughey describes Cooper as “a dreamer and a man out of time. He’s not supposed to be a farmer. He’s supposed to be out there—that’s where he lives.” But in “Interstellar,” the world needs farmers, not pilots. After a blight has decimated the food supply, civilization has turned back to the earth and clings to the only viable crop left—corn. “Life has become about growing food and having clean water,” the actor continues. “We don’t need any explorers; we don’t need any astronauts; we don’t need any bright ideas. But Cooper is trying his best to live in this world, and to hold things together for his children.”

Cooper’s teenage son Tom, played by Timothée Chalamet, loves the farm and helps his dad to keep it running. Chalamet recalls that on the day before shooting began, McConaughey helped set the stage for their onscreen relationship. “Matthew asked me, ‘What do you know about combine greasing and the methods in which pesticides are sprayed over corn fields?’” Chalamet recalls. “That night, I looked everything up to make sure I could answer all those questions the next day, but that experience with Matthew told me so much about Tom’s relationship with his dad. Cooper wants to know he can rely on him to handle things, and Tom wants to prove to him that he can.” 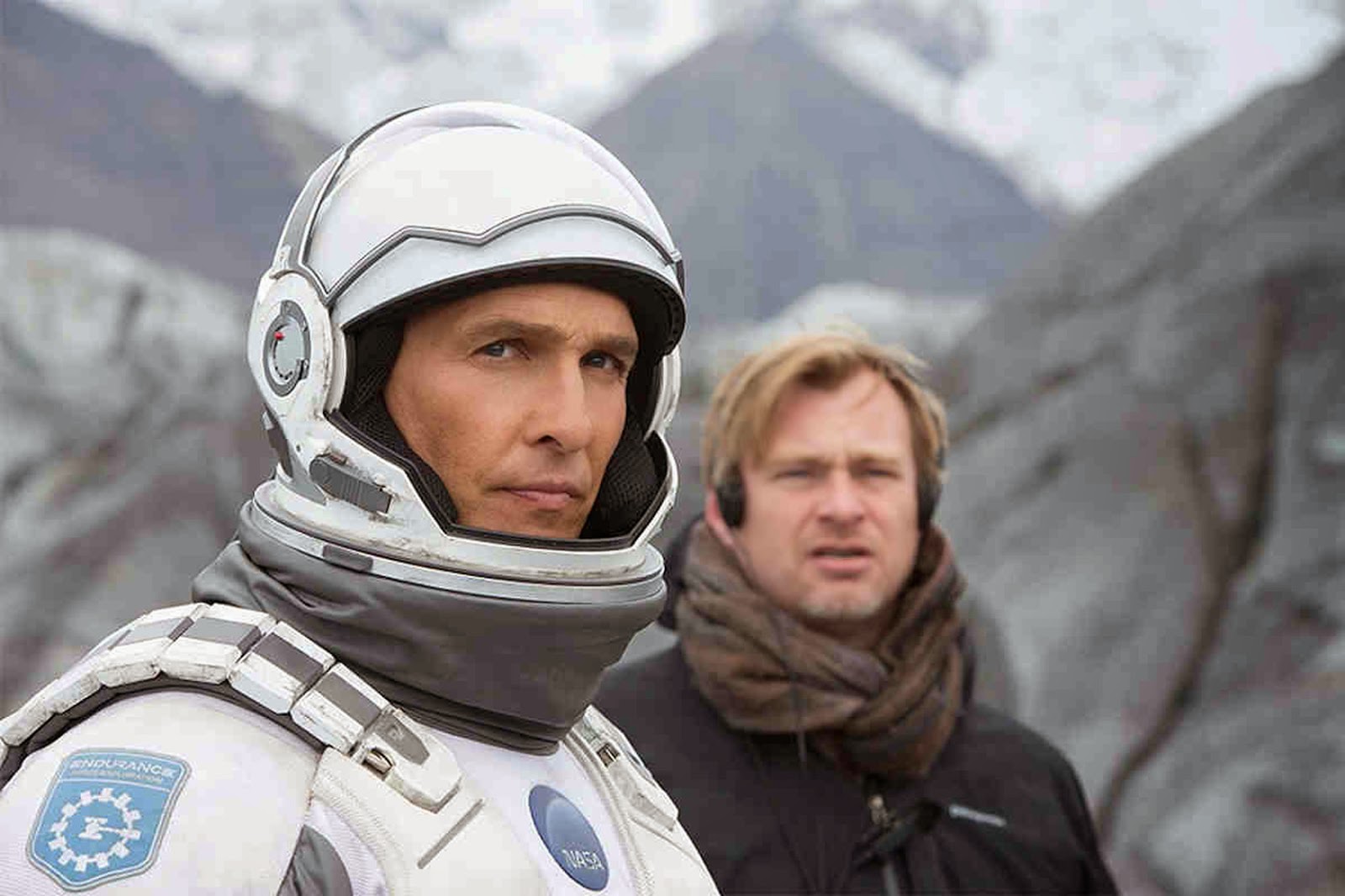 Cooper’s daughter, Murph, played by Mackenzie Foy, takes after her father in ways Tom never could. “Murph is obsessed with rockets and space, even though no one talks about those things anymore,” Foy says. “She might have felt out of place in this world, but her dad encourages her to stay curious and that gives her the confidence to be brave.”

Producer Emma Thomas reveals, “Cooper loves both of his children deeply, but shares a special bond with Murph over their shared passion for science and discovery. But, as with many parents and children, what binds them together can also pull them apart.”

Sealed off in an underground bunker, a small group of scientists and engineers is aiming higher than the dirt that no longer seems willing to sustain the human race and are gambling their lives on the prospect that somewhere in the universe lies a planet that might. The project was sparked by the mysterious appearance of a disturbance near Saturn—a wormhole that bores through a higher dimension of space and time to a galaxy that would take lifetimes to reach without it. And to endure such a journey, the group has salvaged the best available technology from the ruins of the space program to build the mission’s three ships: the Ranger shuttle, the Lander heavy-lift vehicle, and the Endurance mothership waiting in low Earth orbit.

The one thing the mission lacks is an experienced pilot. McConaughey offers, “Suddenly, the dream that Cooper’s been chasing all his life is knocking on his door. And it’s not just the chance to be a pilot again but to lead the most important mission of all time. The consequence of that opportunity, though, is having to leave his two kids behind, and what no one can tell him is how long he will be gone.”

The Time Has Come For Gamers Everywhere To Embrace The Creed....